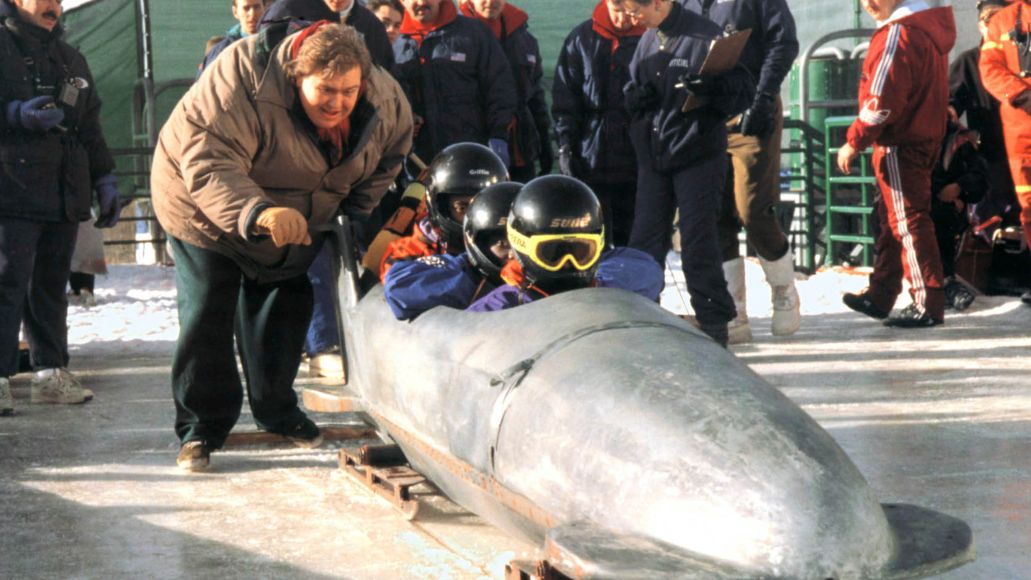 Okay, so Cool Runnings isn’t exactly a masterpiece of the cinematic form. It’s the sort of inspirational sports vehicle based (loosely) on real events, the kind that Disney turns out every few years to this day and has been for some time now. But as they go, it’s absolutely one of the better. After all, ‘90s nostalgia only goes so far, and what carries Cool Runnings the rest of the way toward rewatchability is the late, great John Candy’s turn as disgraced bobsledding coach Irv Blitzer, who was an Olympic medalist in the ‘70s until he was exposed for cheating and cast into ignominy, which led him to a bookie’s life in Jamaica. It’s there he meets Derice (Leon), Sanka (Doug E. Doug), Junior (Rawle D. Lewis), and Yul Brynner (Malik Yoba), all of whom except for Sanka recently had their Olympic track and field hopes dashed when Junior tripped during a qualifying run.

Candy injects some heart and passion into a fairly well-trodden role; his Irv is less a bitter, old coot than a man who made a mistake out of hubris and is seemingly hell-bent on spending the rest of his life in self-induced punishment for it. It’s fairly deep stuff for a vehicle of this sort. However, the unlikelihood of a Jamaican bobsled team is one that virtually every character in Cool Runnings drives home at every possible moment, right down to the menacing East Germans, who don’t care for these wacky misfits and their unconventional ways. Their inevitable showdown, which for some reason takes place in a country-western bar in the middle of Canada, leads to a truly delicious line-reading on the East German leader Josef’s part. Phonetically: “Cahm on, Jamaica. Say sahm-sing.”

It’s a film that could be written off as Disney shlock with relative ease, but the rapport between the primary cast and the film’s evident affection for them is enough that Cool Runnings still holds up as one of the less ponderous and more enjoyable offerings of the misfits-succeed-at-sports subgenre.