“It feels so good to be 16,” joked Mavis Staples towards the end of her star-studded tribute show, “I’ll Take You There – Celebrating 75 Years Of Mavis Staples.” Though she was kidding, even as a septuagenarian the iconic soul singer has the vivacity and the positivity of someone a third of her age. Being one of the most enduring figures in American music, it’s spectacular how Staples has still got it.

Born in 1939 to a musical family in Chicago, she began performing with her family band the Staple Singers when she was 11, learning soul and gospel classics like “Will The Circle Be Unbroken” along with original songs. Over time, the band became a favorite of Dr. Martin Luther King, Jr. and would become a prominent force in the Civil Rights Movement. Songs like “Freedom Highway” and “Ain’t Gonna Let Nobody Turn Me Around” became classic anthems for equality and justice, stoking the movement with an unstoppable urge for progress.

Staples would then go on to be a solo artist, working with legends like Curtis Mayfield in the ’70s and Prince in the ’80s. In the process, she released 14 solo albums, with her most recent offerings being 2013’s One True Vine and 2010’s You Are Not Alone, both produced by Wilco’s Jeff Tweedy. While her studio output speaks for itself, her passionate performances and unshakeable alto have made her one of best live performers in a century. 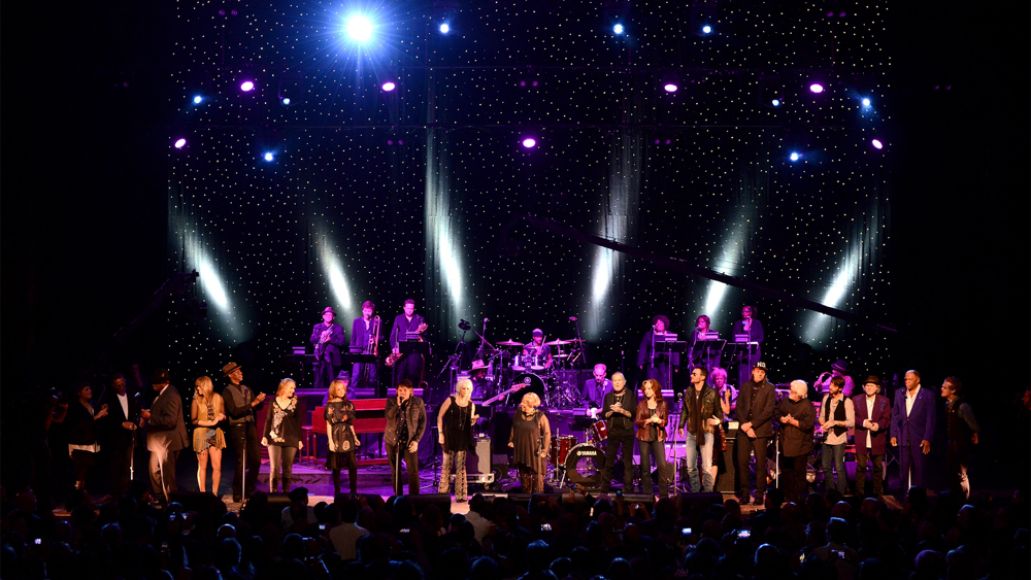 Singer/songwriter Joan Osborne kicked off the night strong with a rousing take on Staples’ 2001 Only For The Lonely cut “You’re Driving Me (To The Arms of a Stranger)”. From there, Keb’ ‘Mo offered some blues with a Staple singers cover “Heavy Makes You Happy” while Otis Clay paid tribute to Staples’ father, Pops with the Staple Singers’ “I Ain’t Raisin No Sand”. His homage to the late patriarch was perhaps one of the most charming moments when he talked about the famed Christmas dinners at the Staples household saying, “We should all have a Grandpa as funky as Pops.” Later, Glen Hansard performed a powerful rendition of Curtis Mayfield’s “People Get Ready”, a song title he borrowed for a cut on The Frames’ last album, The Cost. Following stunning vocal performances from Patty Griffin and Emmylou Harris, and a surprisingly great outing from Michael McDonald on “Freedom Highway” despite the puzzling song choice, Staples finally showed up with soul legend Aaron Neville to sing “Respect Yourself”. Even with all the years under their belts, both singers’ voices have changed but not deteriorated.

After a 15-minute intermission, Widespread Panic turbocharged the night’s momentum with their “Hope In A Hopeless World”, which Staples had sung with them previously, and the crowd-pleaser “For What It’s Worth”, a prominent song the Staple Singers covered in the ’60s. Whereas the first half focused more on solo performances, the second was highly collaborative. Bob Dylan, who once allegedly proposed to Staples, was represented by a cover of “A Hard Rain’s a-Gonna Fall” by Patty Griffin, Ryan Bingham, Grace Potter, and Emmylou Harris. The highlight of the night, however, came when Staples performed the first song she ever learned, the traditional “Will The Circle Be Unbroken” with Raitt, Mavis, Neville, Gregg Allman, and Taj Mahal, especially when the crowd sang, danced along, and gave a standing ovation before the number was even finish.

Another rocking, and seemingly left field moment came when Staples, alongside Butler and Chassagne covered Talking Heads’ “Slippery People”. However, as random as the rendition appears to be, David Byrne wrote the funky and soulful single with the Staple Singers in mind, and in 1984, the family band added the track to their ongoing rotation of great covers. Finally, Jeff and Spencer Tweedy, who Staples lovingly referred to as “my producer and my Grandson,” played “You Are Not Alone”. The song, much more mellow and simple than the other numbers, was perhaps the best display of Staples’ still strong pipes.

Out of the 23-song set, each rendition and guest vocalist were at least pleasant, all varying from good to great. However, the only major complaint comes from the fact that between each song there was about a two-minute break to change up the set by placing mics, and adjusting camera placements as the performance was being filmed and recorded for a future CD/DVD release. These nagging breaks slowed the momentum of the night more than any lackluster performance—a slight bummer for those in attendance that slowly wears off after realizing the inevitability of a release. 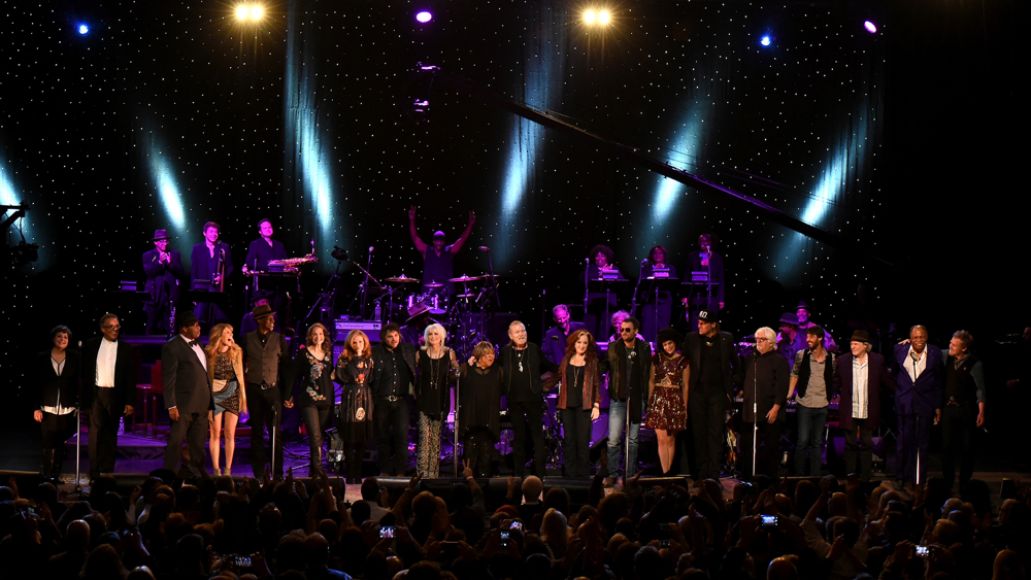 For the encore, the final song was The Band’s “The Weight”, which the Staple Singers famously performed with the legendary rock group during The Last Waltz. The rendition last night saw every guest performer joining Staples onstage, trading verses and harmonies. With a song as essential as “The Weight” and with acts as talented as this, it was a surreal and cathartic moment. In a way, the track was passed down to Staples in the longstanding folk tradition. Since it’s become such an inseparable part of her career trajectory, the song is hers now. After all, Levon Helm himself did admit that the track’s original version was “too lily-white and missing something crucial.”

Following the incredible encore, the crowd started singing “Happy Birthday” to the 75-year-old icon. The gesture of goodwill caused Staples to break down into joyful tears, a profound moment to end the night. While it wasn’t exactly a seamless event, it was a near perfect birthday party for one of American music’s most charming and essential players. Backstage before the show, Staples quipped, “We’ll do another one in five years when I turn 80.” After that night out, we all hope it’s not a joke.