Alvvays and Absolutely Free played a bar show on Thanksgiving Eve, their first of two Los Angeles-area dates (they are playing The Echo on Friday), and still managed to get in the holiday spirit despite both acts being Canadian. Well, it probably wasn’t the bands’ idea to turn the show into a pizza party, but a steady flow of free pie gave fans the pre-day of feasting feast they totally didn’t need, but were happy to enjoy nonetheless.

It was fitting to see two bands from Canada before Thanksgiving, as much has been made about people having to work retail on the holiday. If it were two bands from New York, a long way from home, you’d feel bad for the young people having to be so far away from their family for the day of togetherness. But two Canadian bands wouldn’t be as put out by working the day before and the day after American Thanksgiving, having the advantage of performing on a portion of the calendar when there isn’t a whole lot going on in the live music realm. 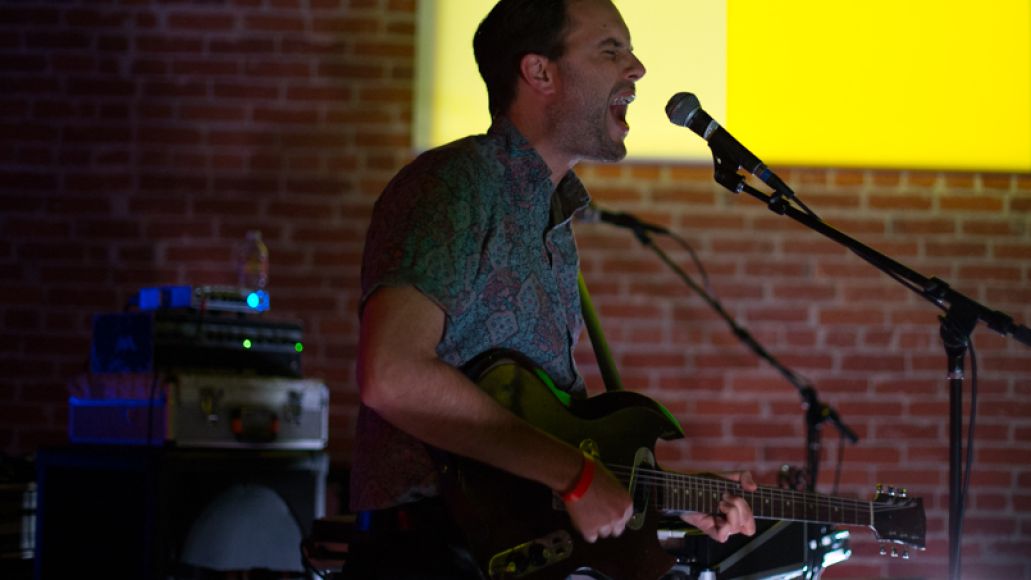 Opening act Absolutely Free, hailing from Toronto, started the night with an attentive, respectful crowd bobbing their heads to the percussion-driven songs. Most of the tracks featured both vocalist Matt King on auxiliary percussion and Moshe Rozenberg on regular drums, but it wasn’t some “singer plays drums to give him something to do” kind of situation. The drum parts are distinct, frequently feeling at odds with each other, only to find the song coalesce for harmonious moments of release. It’s fun to watch all three members of the band jump to different instruments and build their walls of sound, and the band were comfortable and energetic on stage, taking pride in their announcement of “we’re Absolutely Free.” 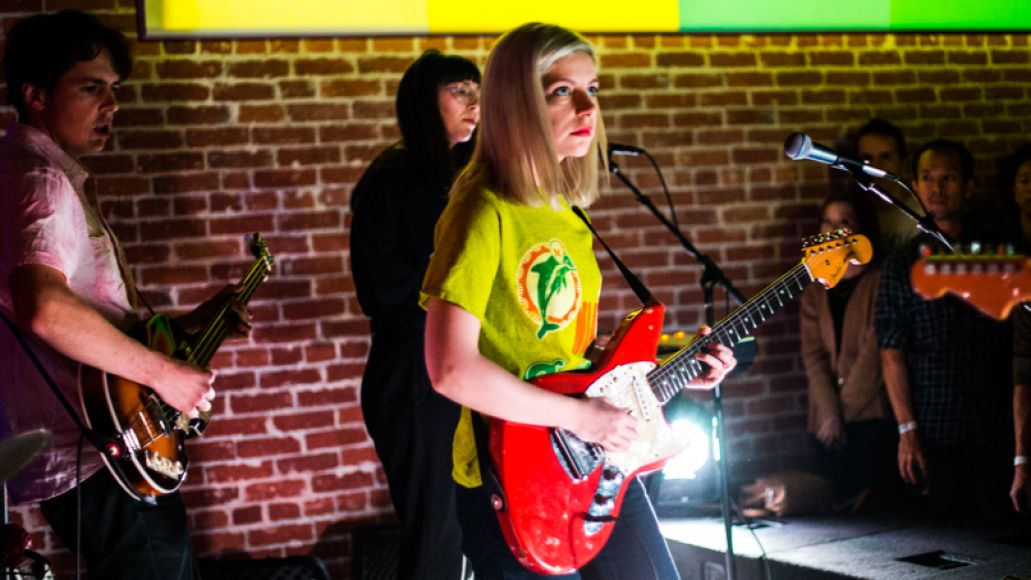 As the crowd found enjoyment in the support act, they quickly crammed to the stage for the headliner, letting out happy squeals with the beginning of “The Agency Group”. Hailing from Toronto via Newfoundland, the five-piece have found enough success with their debut self-titled album to book a run opening for The Decemberists next year, and this much smaller show exhibited just how ready they are for the bigger stages. Front woman Molly Rankin has a definite stage presence, hitting her vocal notes with ease and slicing any seriousness or emotional tension in the songs with her witty between-song banter. She jokingly asked the crowd if they knew where Canada was and showed a bit of research by noting that Pomona was the Roman goddess of fruit, which is convenient being that the band legally was not allowed to bring in fruit across state lines on their tour. Yeah, it was all very dry, idiosyncratic humor. But that’s kind of what the band is about, and their personality and music were genuine on stage.

The fans reacted most to “Archie, Marry Me” (which saw guitarist Alec O’Hanley playing with feedback and guitar noise to give the songs more of a punch) and “Party Police”, but perhaps the most telling musical moment came in the encore, after Alvvays led the crowd in a chant of “eat that slice,” when the band finished with a new song. The track found Rankin singing particularly high, but still firmly entrenched in the strong melodies that fans would associate with the band. It was a glimpse that the band has more to offer beyond a single enjoyable record, that the future might be very bright for Alvvays. Or maybe that’s just all the free pizza talking. Seriously, free pizza makes every concert seem like the best ever. Setlist:
The Agency Group
Adult Diversion
Ones Who Love You
Atop a Cake
Underneath Us
Next of Kin
Dives
Archie, Marry Me
Party Police
Your Type
Encore:
Out of Reach (The Primitives cover)
New Song