In a live setting, Run the Jewels are at their best. El-P and Killer Mike have arguably the best chemistry between two active musicians, and when they get to showcase this, it’s a sight to behold. Pairing that with the tidal wave of fan enthusiasm, Run the Jewels concerts are unlike any other I’ve ever been to. With opening assistance from Harlem hip-hop outfit Ratking and rap game enigma Despot, RTJ took a sold-out show at Chicago’s Metro and put on a performance worthy of 10 Super Bowl halftime shows. 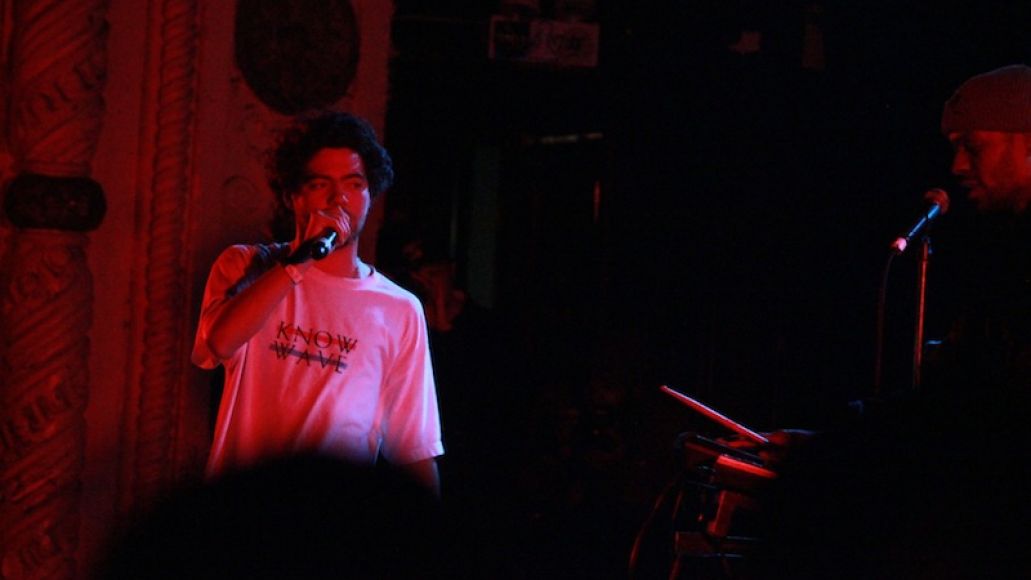 Ratking was down to only two members for this show, but that didn’t lessen the tenacity with which they attacked their opening slot. Wiki, the group’s resident rapper, has a stage presence so unhinged and ferocious but still so technically proficient, a performer skilled beyond his years. The way Wiki performs brings to mind a combination of Casper, from Harmony Korine’s Kids, and one of those public park preachers who yells into a cheap mic attached to a tiny amp but does so with such conviction and passion that you can’t look away.

Wearing a Know Wave t-shirt (surely a nod to Chillin’ Island, the radio show Despot co-hosts with Das Racist’s Dapwell on the New York public radio station), Wiki commanded the full attention of the audience and had the purebred hip-hop heads fiending for more by the end of the 30-minute set. Hak pounded his drum pad with so much force that I was amazed the stick never snapped back and hit him in the face. That’s the kind of energy these kids bring to the table, and with an incredible debut record (So It Goes) under their belt, they’re a must-see act for any and all genre purists. They’re so thoroughly New York, so purely themselves, and so convincingly ready to be stars. 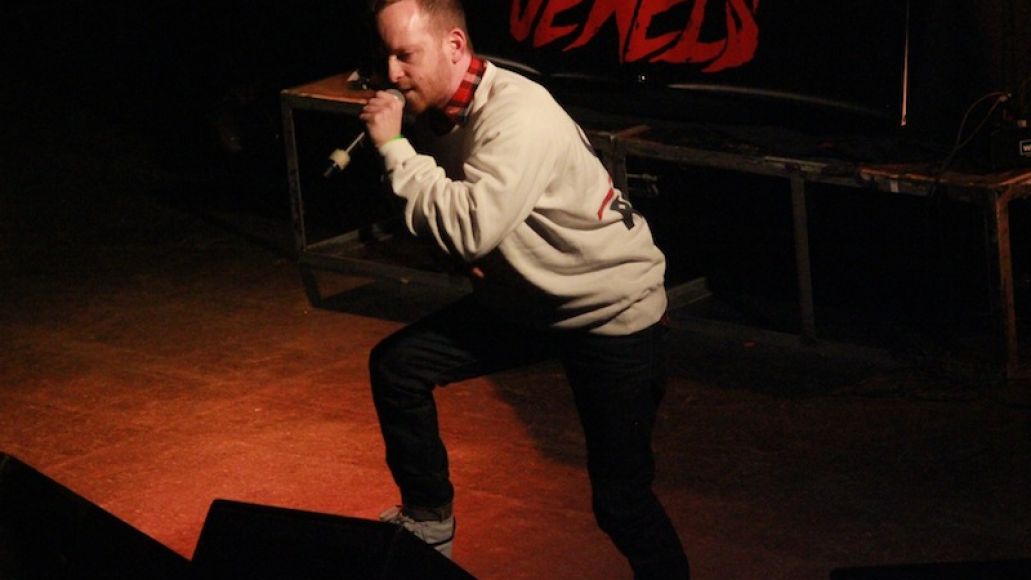 Full disclosure: Run the Jewels 2 is my favorite album of the year and I was ecstatic to get a chance to see the duo perform live again, but Despot was far and away the performance I most eagerly anticipated. The Queens native is something of a mysterious figure in the rap world, having been active for a decade now and still without an album to his name but still an undeniably engaging figure with a dedicated cult following. Before busting into his first song, Despot announced that his long-gestating album, produced entirely by electronic duo Ratatat, though still without a release date, was finished. This garnered one of the most earnest cheers I heard all night, a small contingent of fans so truly excited by the news that the rest of the audience had no choice but to cheer as well.

Despot then commenced to play the entirety of said album, with each song getting a preface declaring what the content of the track to come would be. “House Made of Bricks” was undeniably the set highlight, but that may be due to the track being the only song from the mystery record that has seen the light of day. His mid-set calisthenics routine has been a trademark for years now; it’s his take on crowd participation in hip-hop and the sold-out crowd clearly found the detour very entertaining, with Ratking coming back to the stage to assist Despot in his aerobic instructions. Having finally heard the album I’ve been waiting years to hear, I can assure you all that Despot is going to be a star, and that’s undeniable. 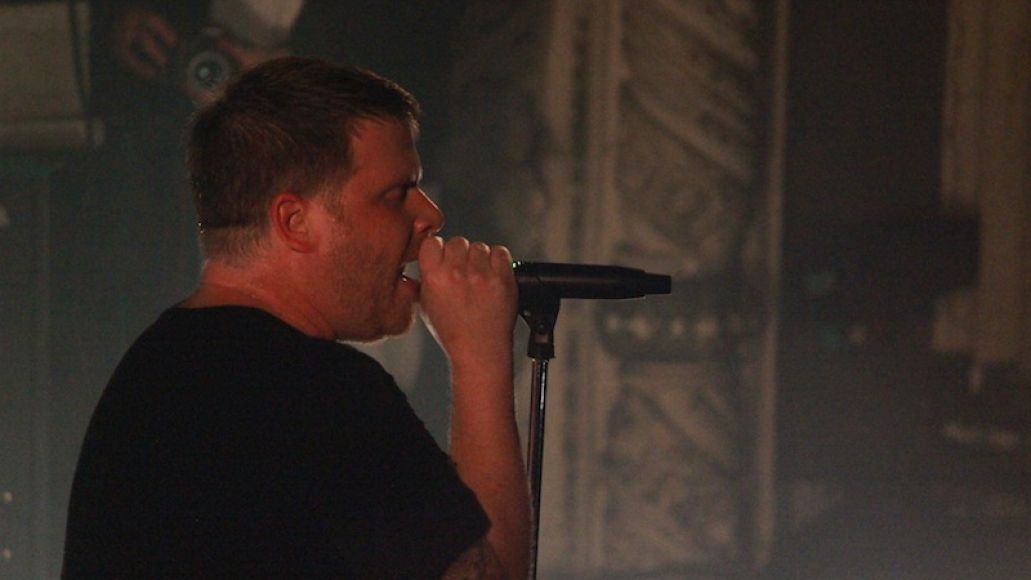 When Run the Jewels took the stage, the crowd erupted in a way that I’d never experienced at a venue show. It was a headlining-slot-at-a-festival reception, the earnest reaction of hundreds of die-hard fans eagerly awaiting the duo’s arrival. Killer Mike emerged with his signature grin stretching from ear to ear, and El-P was equally appreciative of the fanfare, as he mentioned several times throughout the show. Opening with “Run the Jewels” off their first record, the energy was at 110% to start and only escalated from there. There were no dull moments. There was no silence. There was only bliss in its purest form. The joy these guys inspire in their fans is unlike anything I’ve ever seen, and I consider myself lucky to be a part of their loyal army.

Showmen in the most natural sense of the word, El and Mike controlled the show from minute one, dictating exactly how we were supposed to feel by playing their most energetic and boisterous songs but still making room for poignant moments like “Early”. The transition from the thunderous “All Due Respect” into the wobbly “Love Again (Akinyele Back)” was a moment I’ll never forget, receiving the loudest cheer of the entire evening and setting off a synchronized sea of nodding heads. Despot returned for “Tougher Colder Killer”, the only non-RTJ track of the show but easily one of the best received. El-P delivered a motivational speech about how he bought his invisible gold chain and how we all can too before launching into “36” Chain”, one of the best crowd interaction moments of the evening. 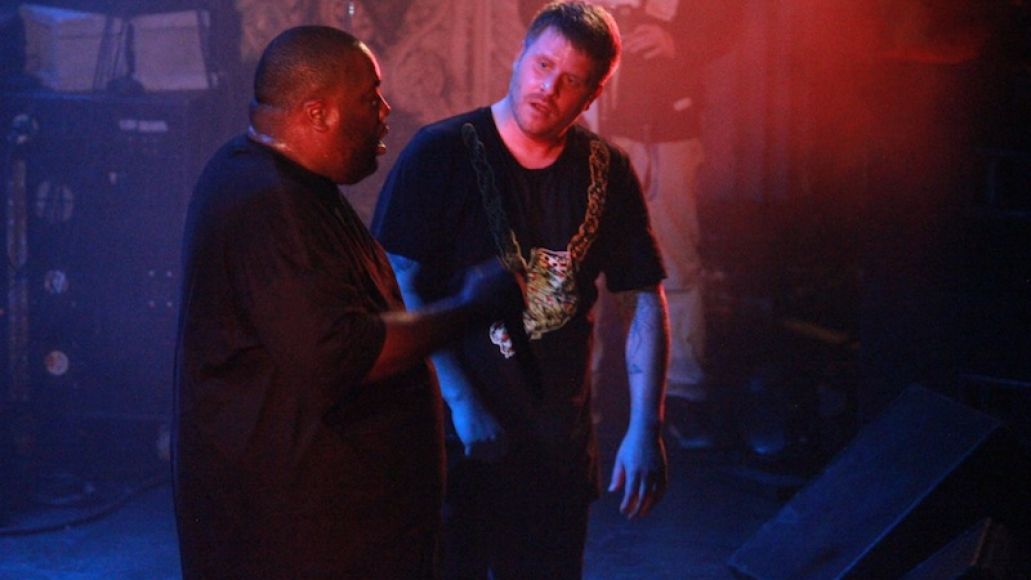 Hearing “Pew Pew Pew”, a bonus track from RTJ1 was a pleasant surprise. When the two left the stage after “A Christmas Fucking Miracle”, there was no doubt they’d surely be back to perform one more song, but the crowd joined together in the most convincing plea for an encore I’ve been a part of. When they came back and dropped “Angel Duster”, it was a serene moment, and one I didn’t feel I deserved as a human being (I truly felt like going into full Wayne Campbell “We’re not worthy” mode).

They know how to put on a show, this much is clear, but what’s special about Run the Jewels is how in sync they are, not just with each other but with their audience. I doubt I’ll ever experience another live show like this, and to be honest, I don’t think I want to. This singular experience will stick with me for years, decades, however long I live. As a 22-year-old in a cold, cold world, I await the moment I can sit my grandkids on me knee and tell them about Run the Jewels, the greatest musicians of my era.