In the interest of time, I’ll save all of the precisely 28 puns that could be made about this tour bill featuring reunited shoegaze embodiers Slowdive and slowcore embodiers Low and cut to the chase, which is just how compatibly these two bands pair live. Slowdive and Low share patient, eyes-closed qualities in their patented sounds, only they use different tools and techniques to achieve them. Whereas Low paints with dense, methodically placed droplets of sound, Slowdive washes entire canvases in buckets of sound, creating gradient color schemes.

In fact, incredible as Slowdive was, there’s something a little off about Low, who have stuck it out since 1994, cranking out 10 consistent albums in that time span, opening for the roughly-as-good band who ducked out for that whole time, sealing off their catalog at a lean three LPs with a few essential EPs in 2014. Maybe Slowdive does make more “headliner”-sized sounds, but it makes you wonder if it’s true what they say, that you (‘90s bands) really do have to go away to come back. 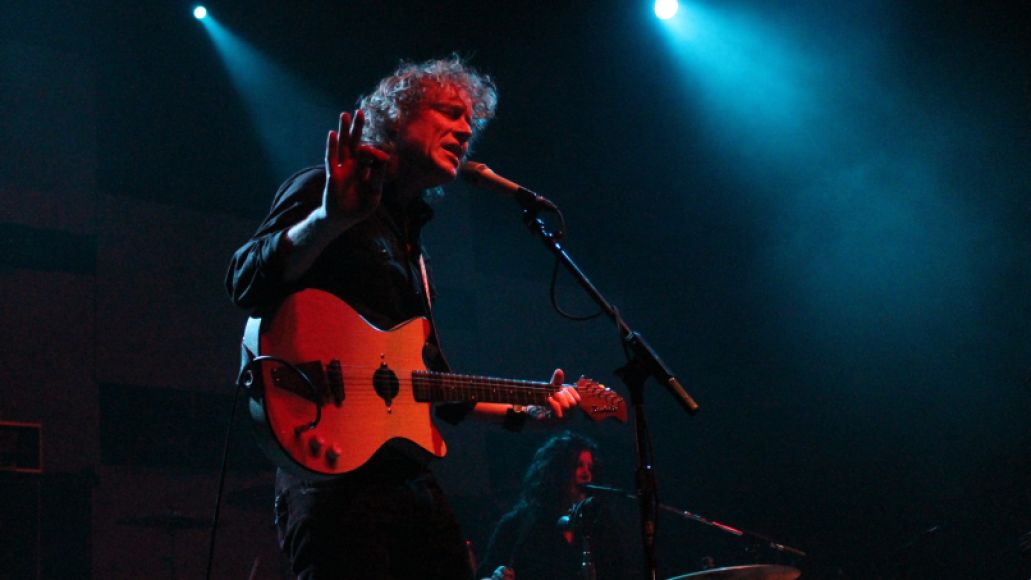 Regardless, the “openers” had no problem being tasked with setting a spiritual tone in the room that not even an obnoxious 45-minute delay between sets could offset. Low’s nine-song performance was heavy on cuts from last year’s lauded yet still underrated The Invisible Way, quite possibly their best album ever, with “Plastic Cup” and “Holy Ghost” landing especially effectively.

The gracefully aging Slowdive took over from there, silently murdering any and all agitation from the slight delay. The band’s only significant crowd interaction came from Neil Halstead observing, “I guess this is our second time in Chicago? This year?” You might remember that their first was back on July 20 in their first US performance in 20 years at Chicago’s Pitchfork Festival. (We enjoyed it.) Still, this round trumped that one, with perfect sound, perfect lighting conditions, and hypnotic background imagery — clouds on “Blue Skied an’ Clear”, doll eyes on “Machine Gun” (?) — predictably enhancing the impact from one of the vibe-iest band of the last 20 years, along with Low. 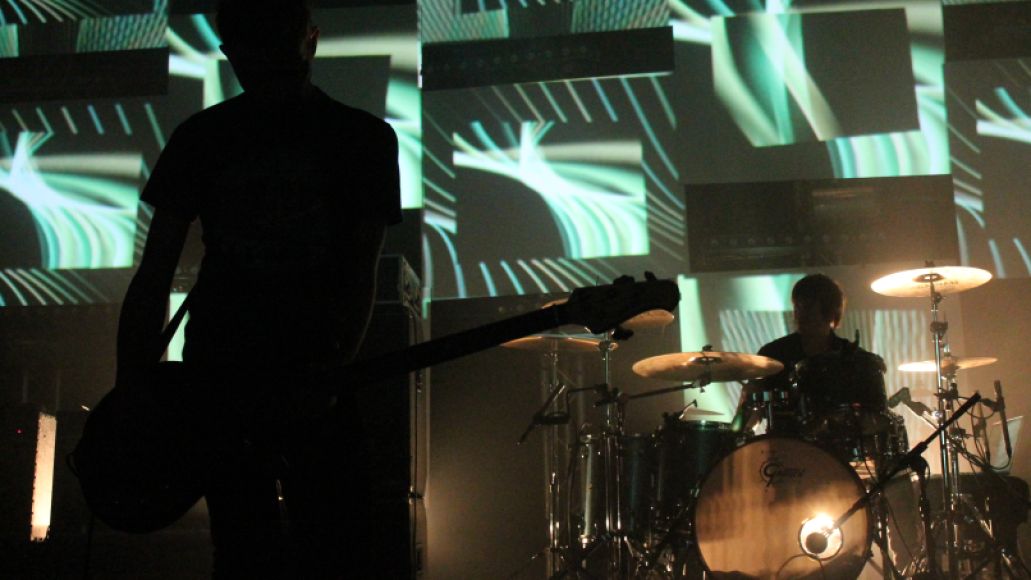 Co-MVPs of the night: Slowdive and the Vic sound crew.