Barely two songs into Tame Impala’s set at Beacon Theater Sunday night, leader Kevin Parker was mourning the show’s end. “It’s the first stop on tour,” he explained to the crowd. “Every other show in New York is not going to be as significant.”

Excitement ran high at the majestic, tiered hall. The Aussies had sold out the performance, and when a second show was added, that sold out too. Scalpers lingered outside the entrance, flirting with beautiful, young women who had taken the train uptown from Brooklyn.

Often, just under the surface of Tame Impala’s groovy, ecstatic songs, you can find a longing for the present. It’s clear on both 2010’s Innerspeaker and 2012’s Lonerism that Parker is searching for something beyond pure sensory pleasure. There’s a subtle heft in even the most weightless moments. 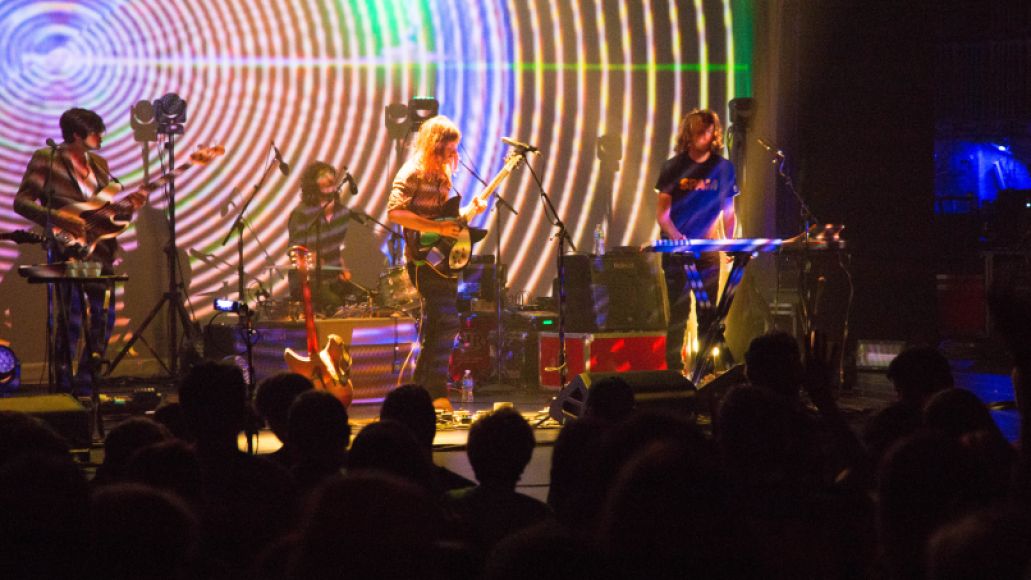 The band dressed the stage in feel-good vibes as they walked out to “Can You Feel the Love Tonight?” But would people be able to fully let go in this seated, gilded theater on the Upper West Side? The answer, even as ushers politely cleared kids out of the aisle, was an emphatic yes.

At the beginning of the second song, Innerspeaker highlight “Solitude Is Bliss”, each instrumental line was discernible, and the most recognizable lyric rang out clear and crisp: “You will never come close to how I feel.” As he sang, Parker defined the paradox of his performance: the observer becoming the observed. The question hung in the air: to maintain distance or give in to the whims of the crowd? These themes are accessible via the albums, which celebrate introspection and loners who are not always lonely. Is it possible to translate that journey in your mind into a live show, where everyone must give a part of themselves? These oppositions pulled at each other in the forms of controlled pop melodies and spontaneous, blurry jams. 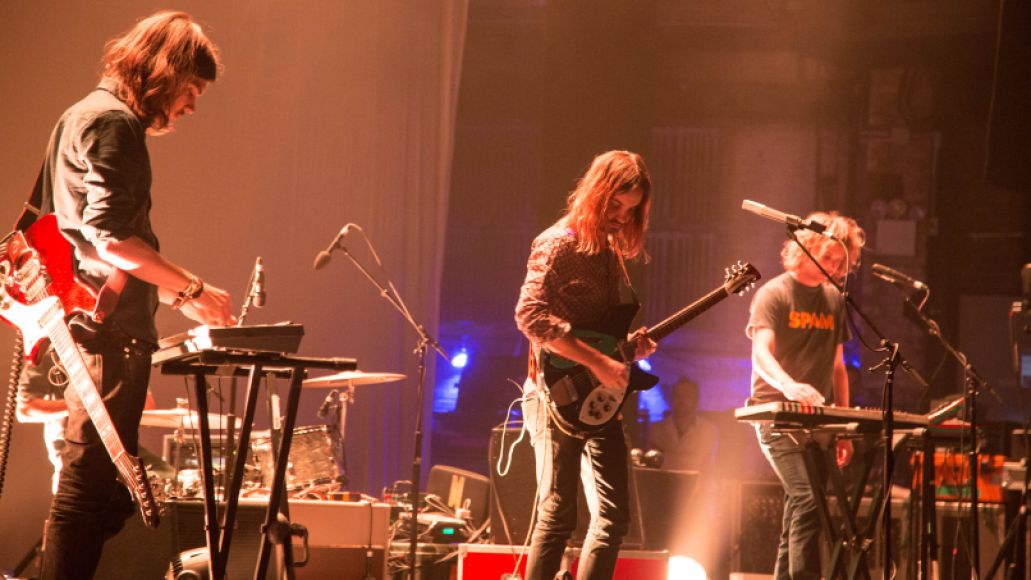 They improvised throughout and made delightful use of an array of textured sounds that bent the songs in unexpected directions. Though the compositions often emulate a psychedelic sound developed in the late ’60s, the execution is slightly higher tech. The band made the most of this during “Why Won’t They Talk to Me?”, a passive song interspersed with electronic trills and reverberating laser effects. Midway through, the song broke open and transformed, the softening effect enhanced by its many interruptions.

Yes, it is possible to take a journey in your mind surrounded by people. Tame Impala proved this when they released Live Versions in July, and they were proving it again on a Sunday night in New York, the most crowded lonely place on the planet. 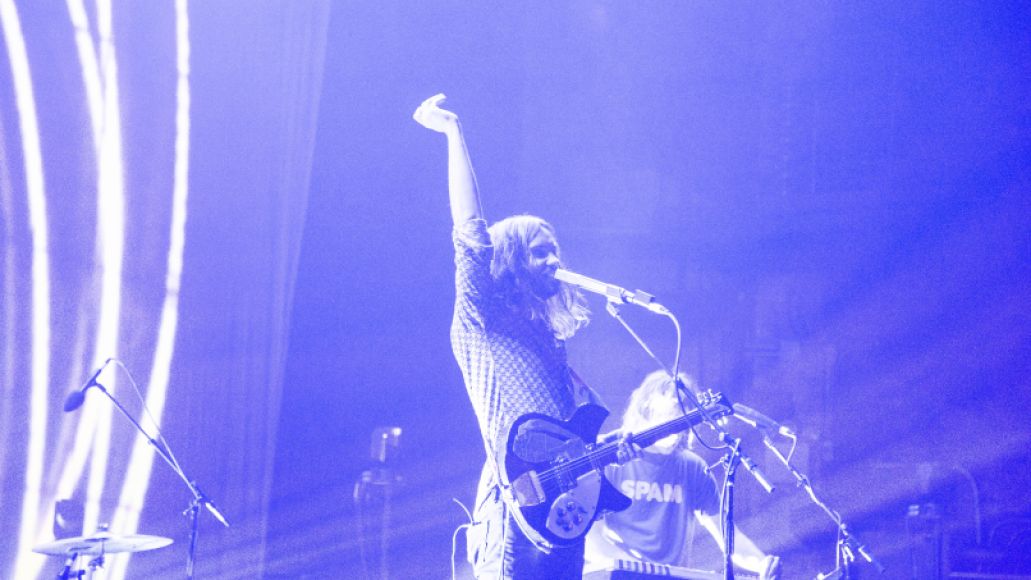 “Man, you guys are so far away from me!” Parker said during one interlude. He then jumped into the audience to receive a bracelet from a fan — the front man now both absorbing and being absorbed by the experience of the live show. Parker seems most comfortable at a slight remove and yet makes an effort to participate. He thanks the crowd and offers jokes. He doesn’t take his responsibilities as a performer lightly. He makes a visible effort to give more than he takes.

When a band has a hit so commercially massive that Kendrick Lamar rapped over it for the Divergent soundtrack, it’s best to shift the focus for a little while. But when they launched into the much-anticipated encore, “Feels Like We Only Go Backwards”, they didn’t hold back. They had proven that they didn’t need to rely on the song, which turned it into a celebration of the moment and all that came before it.

Setlist:
Be Above it
Solitude Is Bliss/jam
Why Won’t You Make Up Your Mind?
It Is Not Meant to Be
Why Won’t They Talk to Me?
Elephant
Endors Toi / Jam
Oscilly
Mind Mischief
Half Full Glass of Wine
Newer Jam
Alter Ego
Apocalypse Dreams
Feels Like We Only Go Backwards
Nothing That Has Happened So Far Has Been Anything We Could Control