Ever wonder which movies inspire your favorite bands or how filmmakers work with artists to compile your favorite soundtracks? Sound to Screen is a regular feature that explores where film and music intersect. This time, Roy Ivy is heading back to the ’80s to reunite with Jonathan Demme, Jeff Daniels, and Melanie Griffith.

There are 49 songs used in Jonathan Demme’s 1986 romper of a love story/road movie/yuppie detonator. They practically storyboard every scene, grooving the road for us passengers as it cruises though the giddy intrigue of its boy-meets-aloof-girl first half and then floors it into the holy-shit caboose of boy-meets-Ray Liotta. It’s a mad mash of reggae, dub (the good shit, not the wubba), salsa, Latin, rock, and new wave that makes you feel impulsive, horny, stoned, terrified, brave, hungover, and unapologetically criminal. But it doesn’t just steer the viewers and glue the scenes; it carries the characters across many unforeseeable arches. It takes the stick out of Jeff Daniels’ ass. It makes you want to live in Melanie Griffith’s ass. It makes you wonder just how great Jonathan Demme is in the sack. The soundtrack is, indeed, something wild.

But ignore the tremendous letdown of the official soundtrack album. Out of those 49 songs, it pulls only 10 (and some of the least memorable ones at that). Just play the movie again. It’s like putting on a great compilation record of stuff you’ll probably never have time to compile yourself. And if you ever meet anyone whose record collection contains every artist used in the film, they’ll be too cool to sleep with you, and they’re probably David Byrne. 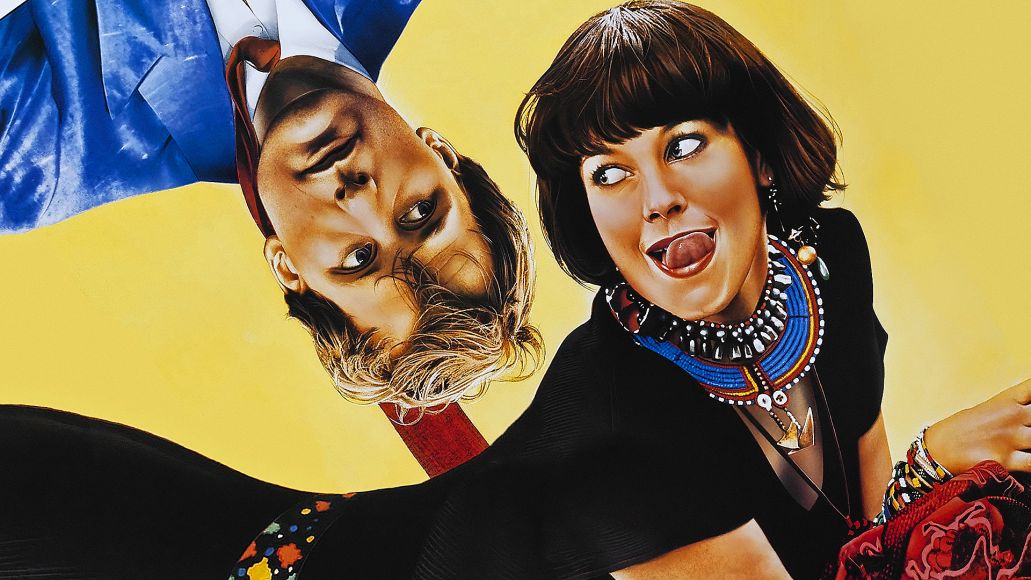 There are some movies you just don’t want to spoil, even if they’re nearly 30 years old. And when it comes to a movie as genuinely surprising as Something Wild, the less said, the better. If you’ve seen it, you love it. If you haven’t, you better. But even extolling upon its soundtrack could risk wrecking some of its magic, so we’ll lead up to and zero in on a musical moment that encapsulates the film and gives it a foot to pivot on. Four great songs (that didn’t make the damn soundtrack) by one great band: The Feelies.

A careful recap: Charles Driggs (Jeff Daniels) is a milquetoast Manhattan businessman who’s just landed a job as vice president at his tax consulting firm, because he’s so milquetoast. But there’s pent-up rebellion brewing in our future McAvoy, which he unleashes by dining and dashing in the first scene of the film. That’s when he meets Lulu (Melanie Griffith, never more alluring. Ever), a bob-haired sexpot decked out in African jewelry who caught him skipping the check, endures his weak excuse, and senses that beneath his crackery veneer, Charles is a “closet rebel.” She offers him a ride back to his office, but essentially man-naps him for a road trip that leads to her hometown, where she introduces Charles as her husband to appease her sweet ol’ mom. Because most moms hope you wind up with Jeff Daniels. Along the way, there’s mirth, mystery, drunkenness, Charles Napier as an angry chef, and kinky sex that’s actually sexy (set to Fabulous Five’s “Ooh! Waah!”, which sounds like a penis made of weed burning inside a weed vagina … and it’s not on the damn soundtrack album), and it’s loosening up the typically rigid Charles. He even goes by Charlie now. And Charlie is now gleaming from playing hooky from his stale job and staler life, relishing his new role as the pretend-hubby of the free-spirited, mercurial mystery girl he’s quickly falling for who only recently took the handcuffs off.

What could make a feeling like this better? Having your fake wife take you to her high school reunion, where you walk through the tinsel curtains as The Feelies spazz through “I’m a Believer”.

It doesn’t sound at all like The Monkees. Stripped entirely of its signature guitar line and strummed, drummed, and yelped in double time, it takes a minute to realize they’re actually playing “I’m a Believer”. And it’s just perfect. As Charlie enters this crowd of yesteryearers, shaking hands with strangers clad in American flag hats and meeting the old classmates of his “wife,” he’s grinning ear to ear. Because he’s living the song. He’s in love. He’s a believer. And he couldn’t leave her if he tried. And he’s living the song at The Feelies Jolt Cola pace, not Neil Diamond’s (or, God forbid, Smash Mouth’s).

After a slow dance to a gentle cover of “When the Last Tear Drop Falls” and an even faster (?) take on their own “Crazy Rhythms”, this ultimate high school reunion band busts out David Bowie’s “Fame”, and it’s perhaps the least funky version of the song imaginable. It’s never sounded so minimalist and white. But that doesn’t mean you can’t dance to it. Pulling what’s left of the stick out of his butt (and pulling the All-American trick of copping moves from the other black dancers on the dance floor), Charlie gets down. He’s doing something resembling the Funky Chicken. He’s popping, locking, and busting out a moonwalk, and you can tell he’s never done this before. It’s a natural progression from “I’m a Believer”. Charlie’s gone from doting to strutting. The milquetoast is now peacocking for his Lulu, and she’s into it.

And then, almost smack dab in the middle of the film, just as the lights have dimmed to a federal blue, Charlie swings and kisses his Lulu. This is the happiest we’ve seen him in the entire film. It might be the happiest moment of his life so far. And if you haven’t seen the film, stop reading now.

The band starts in on a Crazy Rhythms favorite, “Loveless Love”. Later used to great effect in Carlos, the song is a slow, slow burn built on chords of menace. One guitar trinkles while the other slowly rises from the grave, taking its sweet time to cast minor chord leers in the minutes before it chases you down an alley. Charlie and Lulu share another deep kiss. It’s like they’re newlyweds. And just seconds, mere seconds after lips have unlocked, the song puts out its cigarette and rolls up its sleeves as a dark-eyed man sweeps in and says, “Hi baby … surprise.” Coming out of the mouth of Ray (an unforgettable Ray Liotta making one helluva debut), these innocuous words are bone-chilling.

It’s the perfect song to introduce us to the movie’s first and only villain, tailor-made for the moment when the lights, the music, and the entire film switch gears to take us somewhere dark. But this isn’t Something Shamaylan. We’re not blindsided by an unwarranted switcheroo. We’ve had a minute or two to prepare for it, thanks to the best high school reunion band imaginable playing one of their most perpetually nervous tunes.

How The Feelies Fueled Something Wild And Freed Jeff Daniels' Ass