Not to harp on the weather, but it seems like we’ve reached Deep Fall: that cold snap before the holidays where everything’s gray and nothing is snowy. It sucks. But did you know that Ejecta is back as Young Ejecta, that Jessica Pratt has offered the first glimpse of her second LP, and that José González has returned after a seven-year absence? Did you know that CoSigned youngsters the Districts have announced a debut album and premiered a single to go with it? It’s all true, and it’ll help take the edge off of your vitamin D withdrawal — just don’t forget to take your multis. 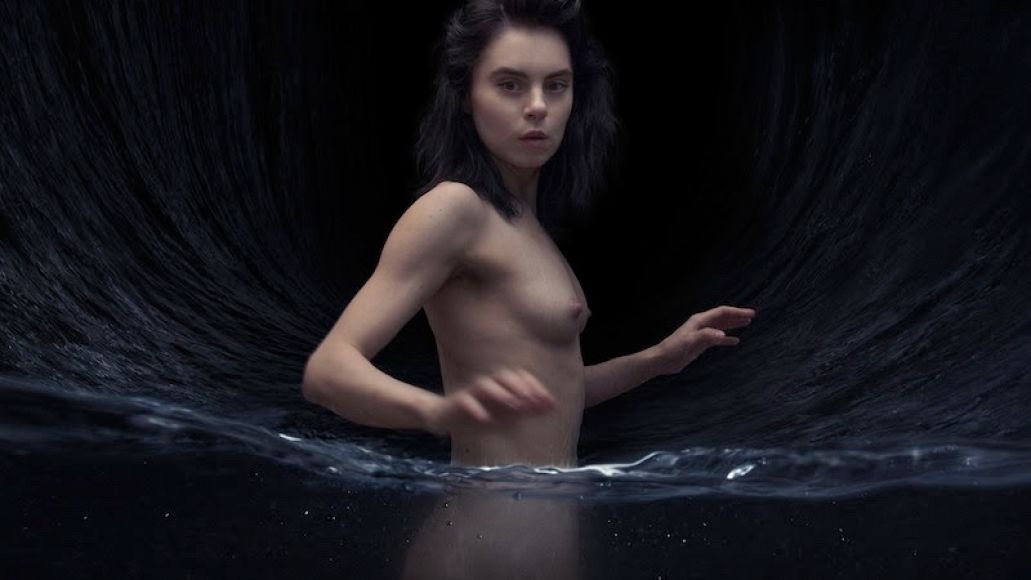 The new single from Young Ejecta (formerly Ejecta, until a threatened lawsuit turned back the clock on their age) is just barely sweet enough to get you sick. The first taste from the duo’s second album, “Welcome to Love” sets Leanne Macomber’s voice on full display as she traces delicate melodies against a coiling bass and cascades of synth bells. “I don’t want to live my dreams/ I’ll just go die,” she sings teasingly. The song launches into a full chorus, then drops away to nothing but Macomber and the subtle beat behind her; it offers you sap and then leaves you digging at dry bark. “Welcome to Love” gives a promising glimpse at The Planet, which arrives on Driftless Recordings January 27th. –Sasha Geffen 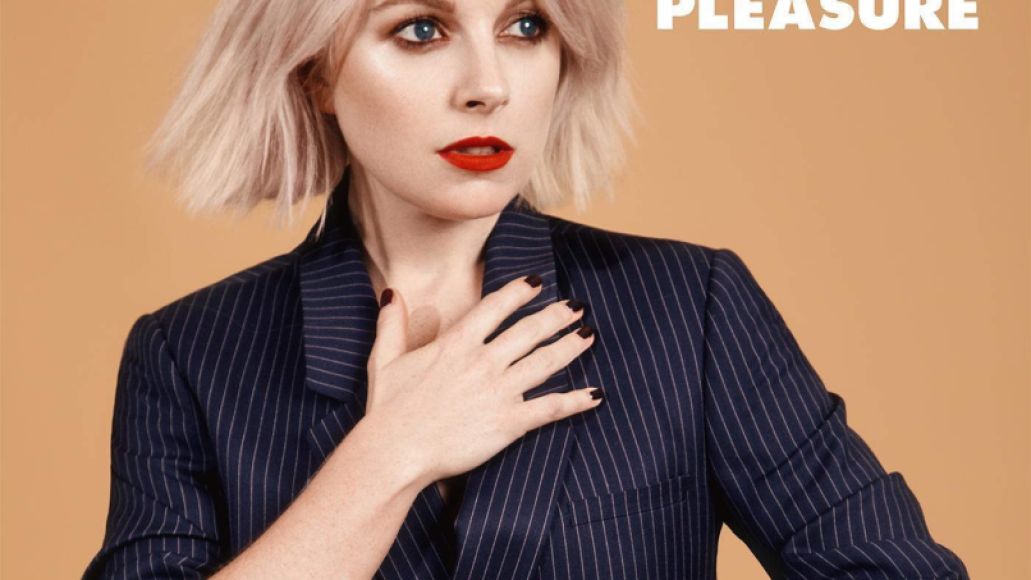 The first single from Little Boots’ forthcoming Business Pleasure EP, “Taste It”, introduces the dichotomy of the four-track collection’s title. It is tribal yet pulses on the sheen of electropop. The delivery by Victoria Hesketh seems to arrive from a place of transparent innocence, yet those lyrics drip with sensuality. Be prepared for second helpings, because one taste certainly isn’t enough. Secure the EP December 1st via On Repeat. –Derek Staples 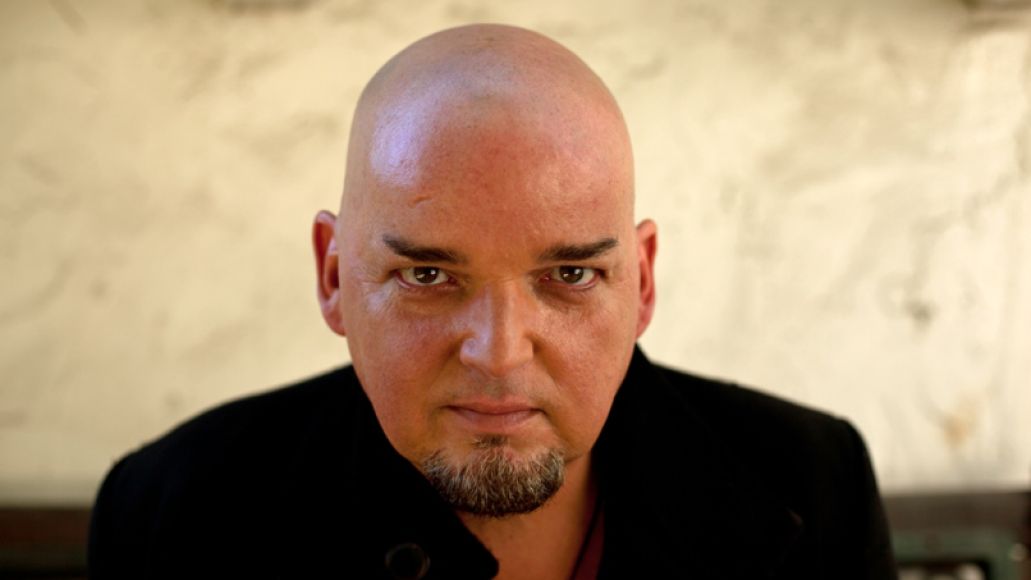 Though he’s best known for his contributions to bands like Queens of the Stone Age and Them Crooked Vultures, Alain Johannes is preparing to release his second solo album, Fragments & Wholes, Vol. 1, next week — and “Saturn Wheel” is forceful and sturdy enough to ensure any future bandmates will tap him for songwriting help. Thanks mainly to a sequence of slithering riffs and Johannes’ skying, vaguely psychedelic vocal, it’s an entrancing hard rocker built to last. –Michael Madden 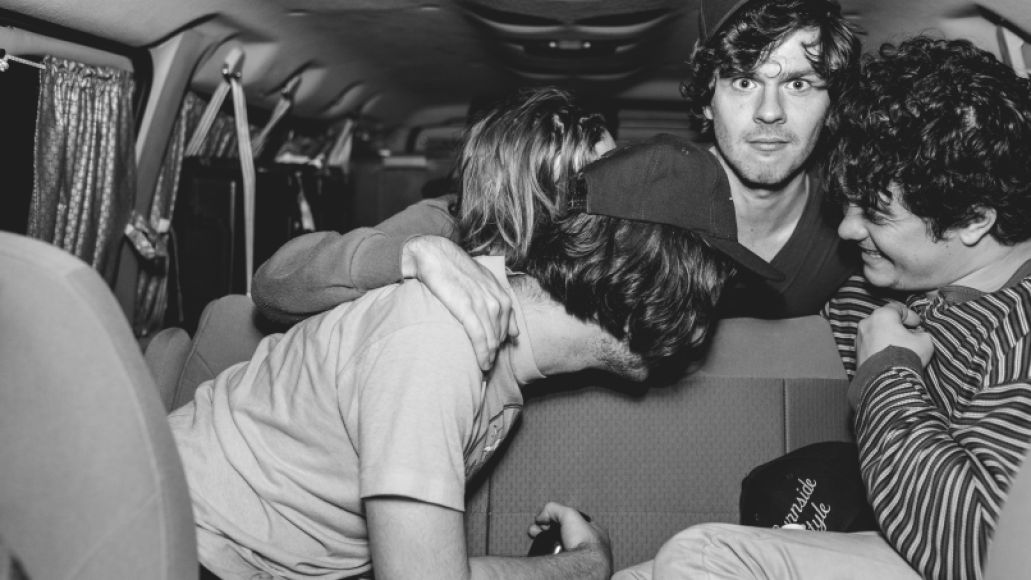 As The Districts began work on their second album, A Flourish and a Spoil (out February 10th), they experimented with multiple producers before settling on John Congleton (Angel Olsen, St. Vincent). The pairing seems especially fruitful, as “4th and Roebling” shows that the CoSign on this young Pennsylvania band is more than well deserved. With a respected producer at the helm, the band manages to better capture their raucous live sound. Frontman Rob Grote delivers another unhinged but excellent vocal performance, while new guitarist Pat Cassidy (who replaces Mark Larson) settles in nicely to help deliver a deluge of squall toward the track’s end. –Josh Terry 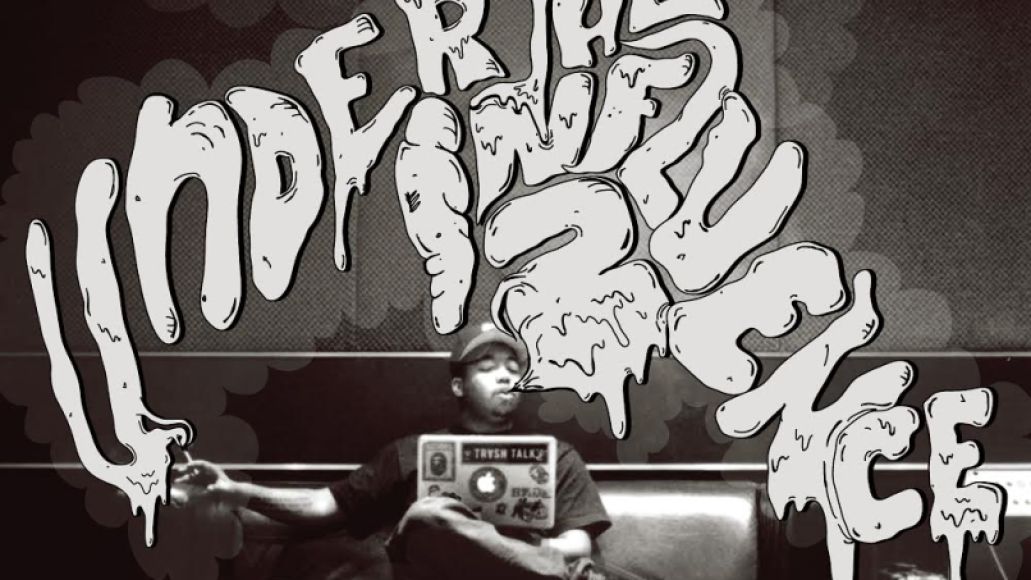 Domo Genesis, who is low-key the funniest rapper in Odd Future, just dropped his Under the Influence 2 mixtape, and the hilariously titled “This Is 15 Bars I May Be Wrong I Gotta See” stands out as the highlight. With ID Labs’ wiggly, dusty beat in tow, he takes the risk of saying “after you” to Mac Miller, who grabs the first verse and sets the bar higher than he is (or in his words, “I rap circles round y’all, this shit is spherical, hysterical”). Still, Domo has time to take the reins and at least equal his counterpart: “I’m antsy cuz I lasted where they blast 9s/ No slackin’, never halftime.” Best of all, you only have to wait two minutes to hear some fart noises. –Michael Madden 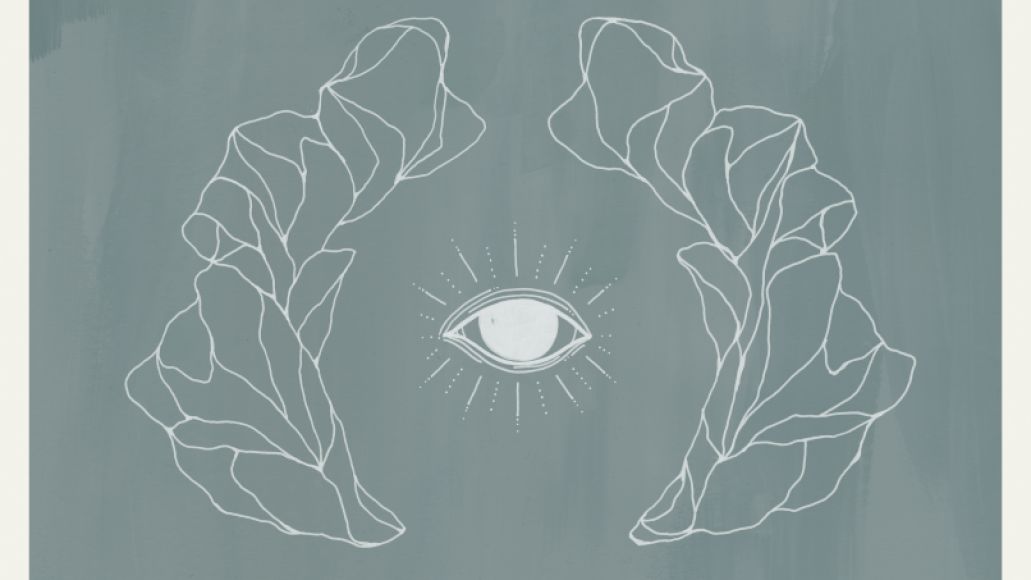 José González has vaguely declared that his new album, Vestiges & Claw, his first in seven years, would explore “the zoomed out eye on humanity on a small pale blue dot in a cold, sparse, and unfriendly space.” On “Every Age”, that description becomes a bit literal with lines like, “But we can learn to know ourselves/ On this globe in the void” (not to mention its camera-in-space music video). It’s heady stuff and González’s moody take on straightforward, nylon-stringed songwriting suits the existential musings. With such a pretty and soothing first preview, the album’s February 17th release date will make it seem like no time has passed at all. –Josh Terry 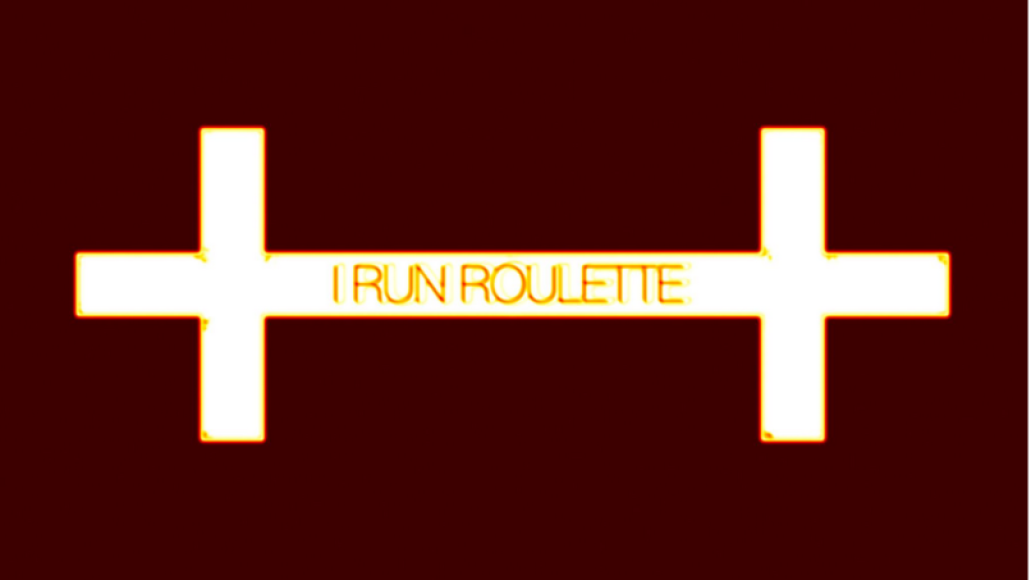 The mysterious producer behind Beyoncé has released a smattering of tunes in the past year, but Boots’ newest single, “I Run Roulette”, is among his most immediately arresting. Its main riff wraps around one note and seems to come from nowhere — is that a bass? Guitar? Mammoth? “Roulette” wants to be industrial techno and pop punk all at the same time, combusting along its nervous drumbeat for four minutes that just do not give up. It sounds nothing like Beyoncé, but it sounds a whole hell of a lot like a Boots you can get a grip on. –Sasha Geffen 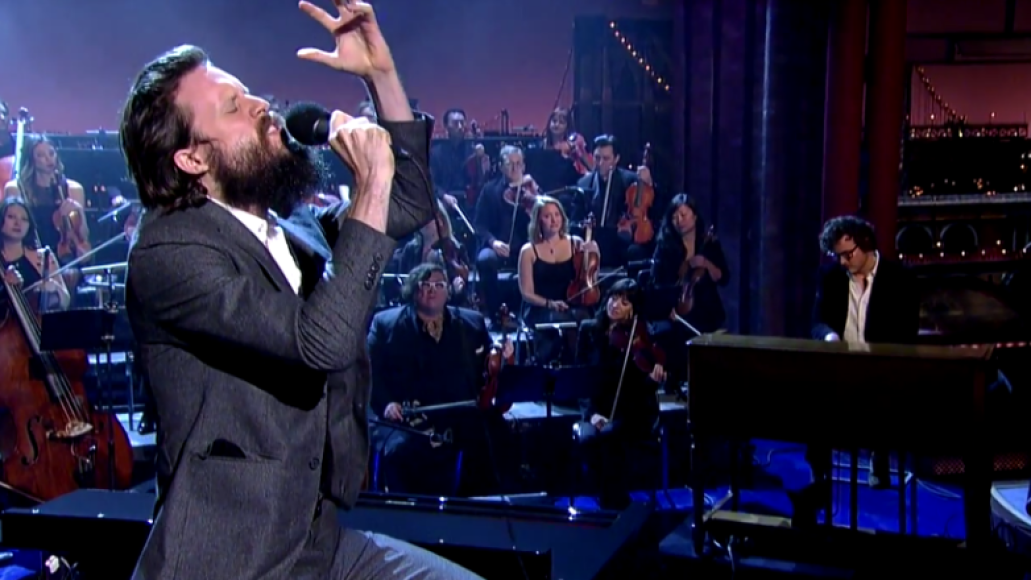 Before pressing play, it’s easy to imagine “Bored in the USA” being a humorous riff on a Springsteen classic. Instead, Josh Tillman, under his folk-hero moniker Father John Misty, delivers a somber meditation on 21st century human connection. Not just any singer-songwriter could sell that sort of persona, a ham-fisted showman crooning over a piano and orchestra, but like he did on 2012’s stellar Fear Fun, Tillman nails it. There’s a mix of humor (“save me White Jesus”) mixed in with hard-hitting realities (“Keep my prescriptions filled/ Now I can’t get off, but I can kind of deal”). Father John Misty has always had a spiritual aura to him, and maybe on his new album, I Love You, Honeybear, out February 10th, he’ll either help save or condemn us. –Josh Terry 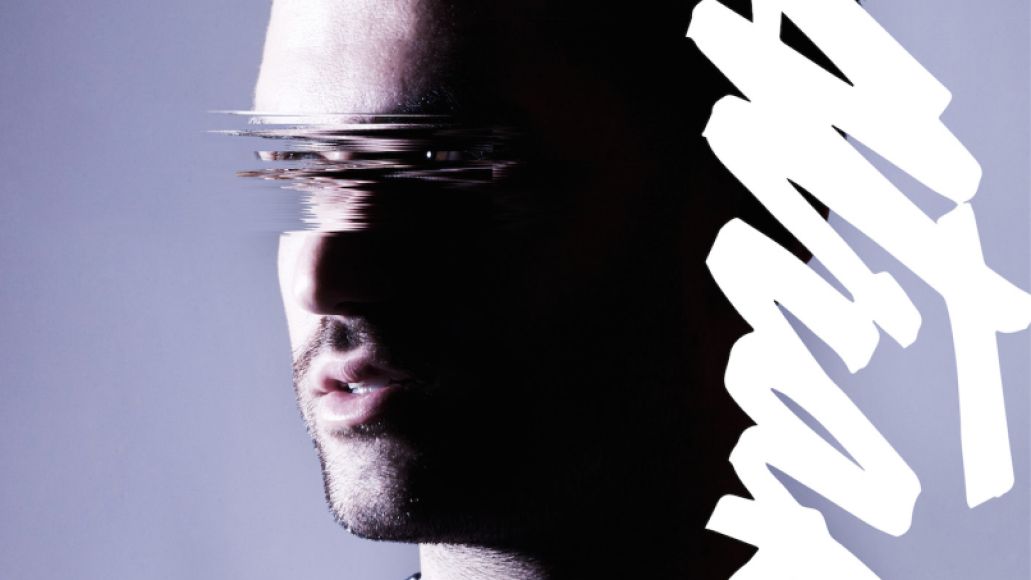 While A-Trak’s Fool’s Gold imprint has grown synonymous with club-leaning hip-hop over the last few years, the celebrated turntablist has never shied away from spinning dusty records pulled from across genre divides. For his newest single, “Push”, A-Trak has enlisted the vocal support of Miike Snow’s Andrew Wyatt, unifying the old-school heads with the new wave of EDM fans around timeless house brilliance. Sure the turn-up isn’t as strong, but damn that groove is infectious. –Derek Staples 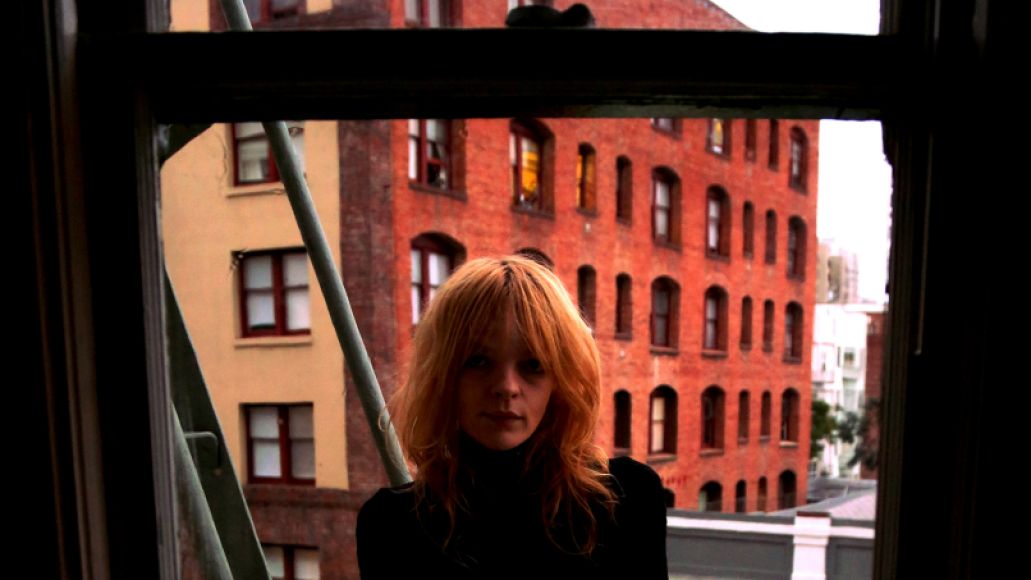 If anything, California singer-songwriter Jessica Pratt’s self-titled album, otherwise a deeply affecting debut, lacked hooks. The fittingly titled “Back, Baby”, her liveliest song to date, is another story, a song that at first sounds like it’ll finish before two minutes is up but proceeds to morph into a melancholy sprawl with light hooks all along the way, including ever-so-soft la-las. The key to Pratt’s music so far has been the way she sounds near and distant at the same time, and while “Back, Baby” has the first part of the equation in spades, there’s still an air of mystery about it. On Your Own Love Again, her sophomore statement, is out January 27th via Drag City. –Michael Madden