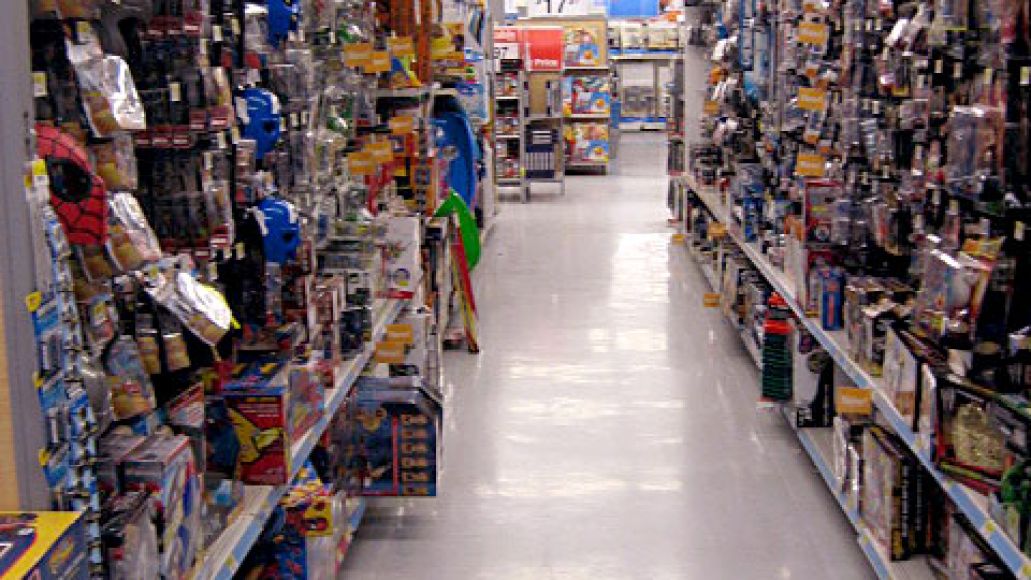 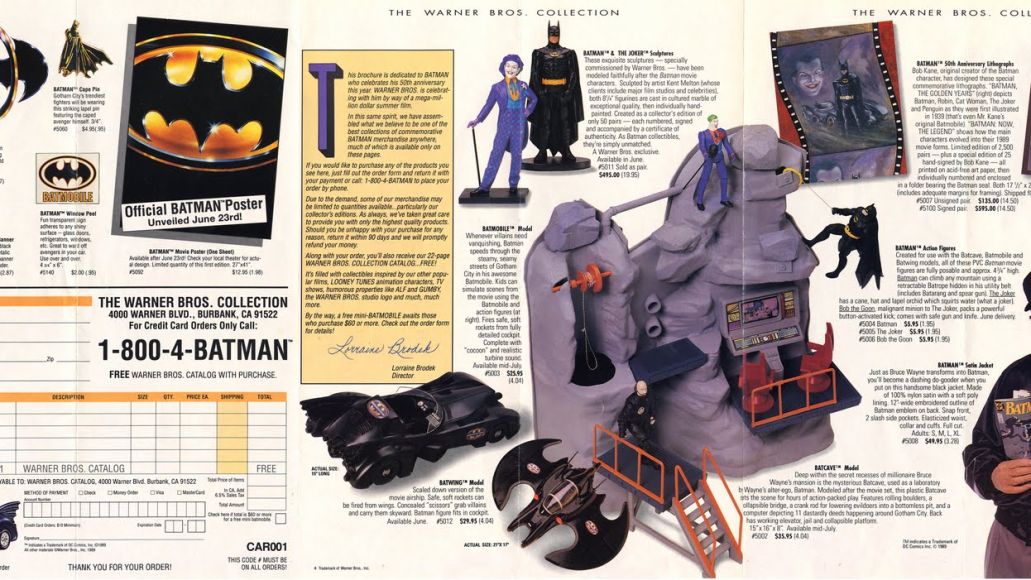 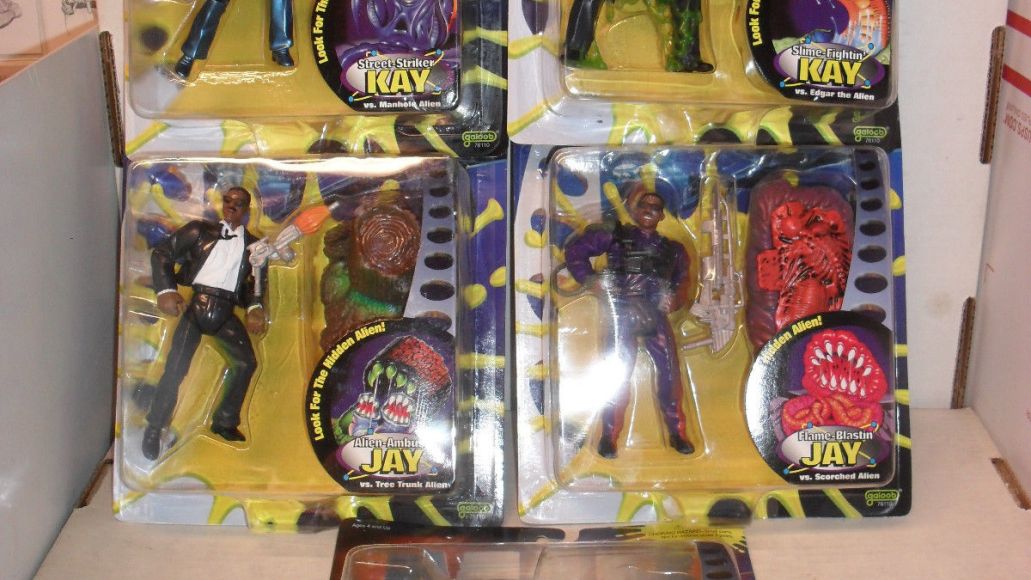 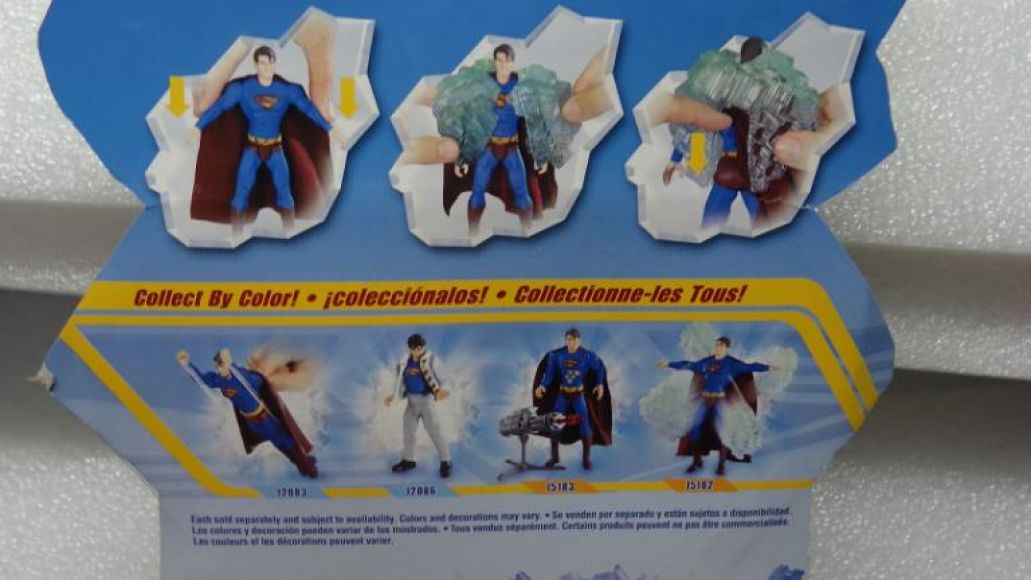 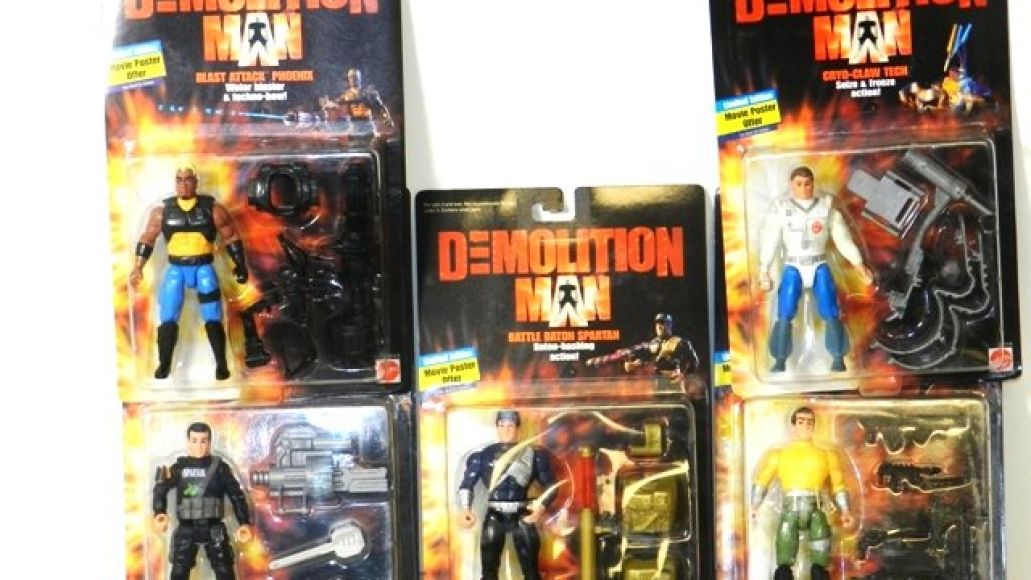 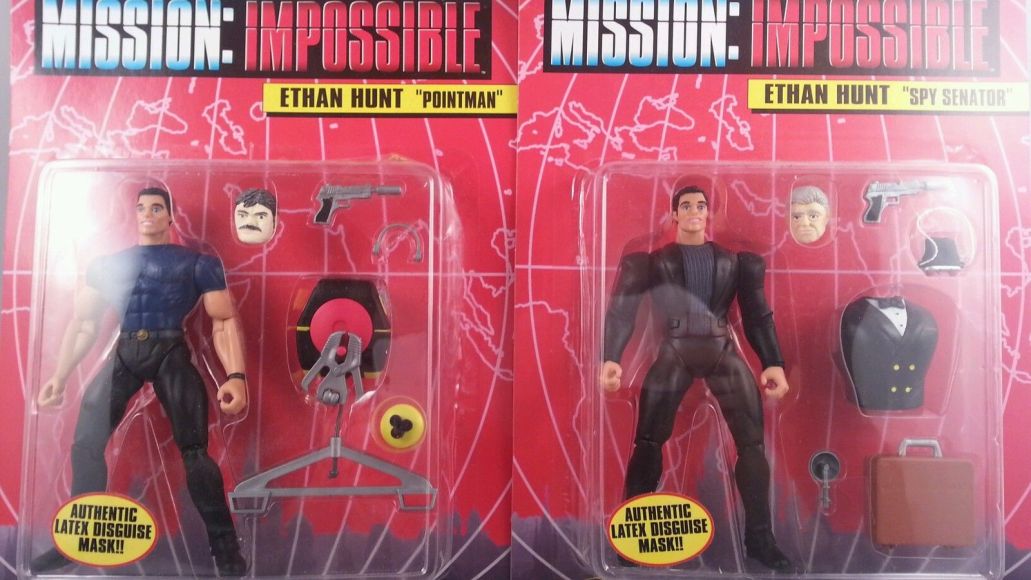 Brian De Palma’s Mission: Impossible proved to be exactly that for whoever handled the film’s merchandising back in 1996. Not only did its companion video game shit the bed — quickly becoming one of the worst titles to ever hit the N64, which was pretty hard given the sea of awfulness at the time — but the action figure line failed in every possible way, too. To be fair, the post-Cold War spy thriller didn’t exactly scream for plastic — that is, unless you walked out dying for a Vanessa Redgrave figure — but never has a line actually admitted such defeat. Tradewinds Toys commissioned three separate Ethan Hunt figures, all over-muscled, oversized, and over-joyed, and literally nothing else, which leads to the question: What the hell were kids supposed to do with these? Outside of treating a spare Egon Spengler figure as Jim Phelps or maybe a Mondo Gecko as Job, there’s little else anyone can do with these. Well, that’s not true; the accompanying rubber masks provided quite the resource for those looking to make custom Michael Myers figures. This writer included.

MIA: Everyone not named Ethan Hunt. The missions, too. 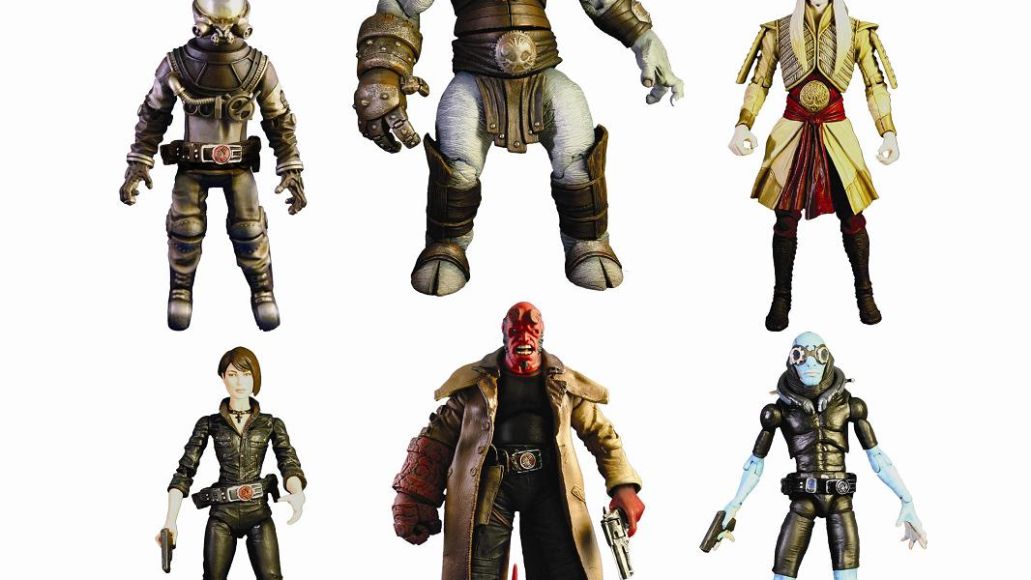 Thanks to Mike Mignola’s evocatively angular artwork, toy companies started putting out Hellboy merchandise almost as soon as the first story arc, Seed of Destruction, was finished — I’ve had a bust of the titular hero on my desk since I was a kid. So when the film was announced, I was a little skeptical of its inevitable figurines. There had already been killer Hellboy toys based on the comic series for years. Would a more realistic, cinematic take look any good?

Mezco, who had been been putting out the stylized comic figures all along, answered with a resounding “yes.” The first film saw a highly detailed rendition of everyone’s favorite cat-loving, pancake-eating, doom-handed superhero, a textured sculpt that combined the shadows and sharp lines of Mignola’s art with the cement-truck presence of Ron Perlman. But Mezco’s true masterpiece came with the second film, as they gave equally meticulous treatments to the supporting cast, including Goblin, Johann Krauss, and an 18-inch Abe Sabien.

Essential Figure: Sometimes, the protagonist of a film makes for the most boring action figure of the line. But no collection would be complete without a toy of Red himself, and Hellboy II: The Golden Army’s “Wounded” seven-inch is the best one of the bunch. The flexible trench coat, pained smirk, and big-ass gun are all hallmarks of the character. The way Perlman’s red right hand hangs at his side tells us that, as tired as he is, he still has one more monster fight left in him.

The Rare Grab: It’s no surprise that “Battle-Damaged Hellboy” (aka the one with full horns) is so hard to find. The evil version of the hero only makes a brief appearance in the first film and is already a variant on the series’ most popular character, making it an action figure prime for up-selling. And up-sell it did — the 18-inch version (a Tower Records exclusive back in 2007) goes for over $300 these days.