As a rule, Consequence of Sound’s Artist of the Year celebrates a singular act. From Kanye West to James Blake to Frank Ocean and back to Yeezus once again, this award is our way of celebrating the one singer/rapper/entertainer who helped define the year in music.

So, you might be wondering why we’ve named Run the Jewels, which consists of two people, El-P and Killer Mike, as this year’s Artist of the Year. The simple answer is this: We don’t classify RTJ as merely two rappers, and we’re pretty sure they don’t either.

Talk to either El-P or Killer Mike, as we did following the end of their recent North American tour, and they have a very clear definition of themselves as a unit. This isn’t a supergroup or even some indie rap version of The Throne; this is two friends, born a month apart in 1975, coming together after exciting, occasionally tumultuous solo careers to make music they completely believe in. The monogamous relationship analogy is a bit cliched, but the pair are musical soulmates, and we as an audience get to bask in the fruits of that mutual admiration. 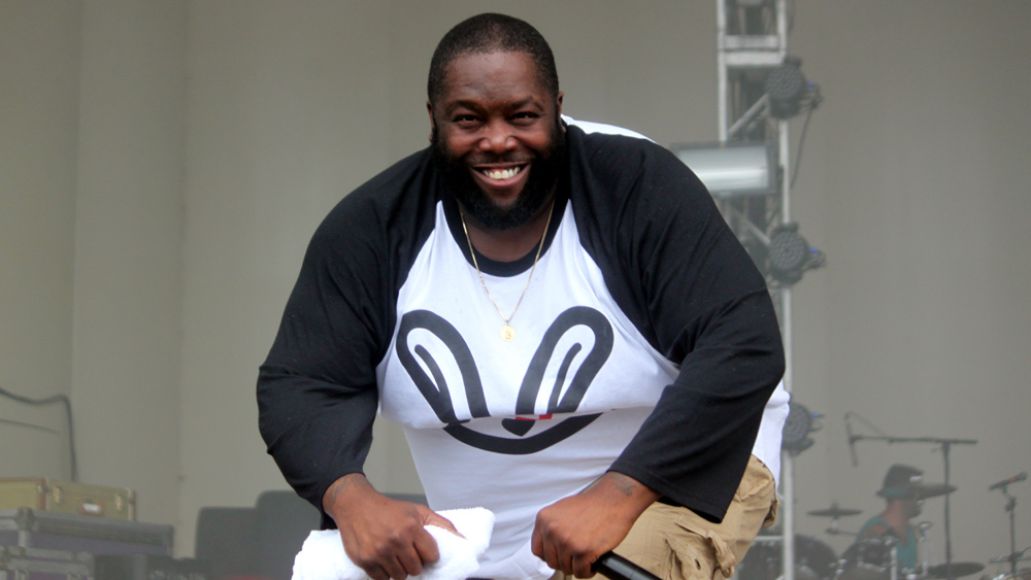 Following Mike’s R.A.P. Music, which was entirely produced by El-P, and Run the Jewels’ first self-titled album, the latest demonstration of their partnership is Run the Jewels 2. Listening to the album, you’ll quickly discover a kind of seamlessness throughout, as each track bleeds into the next. More than just a cohesive experience, it’s demonstrative of the entire dynamic El-P and Mike have cultivated over just two albums.

“With the first album, it was an idea or an homage to a rap group,” El-P explains. “The second album is an actual rap group, as we’re right in the thick of it. The way it came together — the first one that is — was very spontaneous. It was like, ‘Yeah, let’s do this,’ and even a lot of the beats were older ones I had lying around. With this new album, every idea, every note was obsessed over. We really knew we had a chance to create a legacy. It’s like our Empire Strikes Back.”

Perhaps the most definitive and overt sign of this shift came with something as subtle as the names on the record.

“That first album is El-P and Killer Mike are Run the Jewels, and now we just get to be Run the Jewels,” El-P says. “It was a very freeing aspect, to just go with the flow. We didn’t have to explain anything to people.” 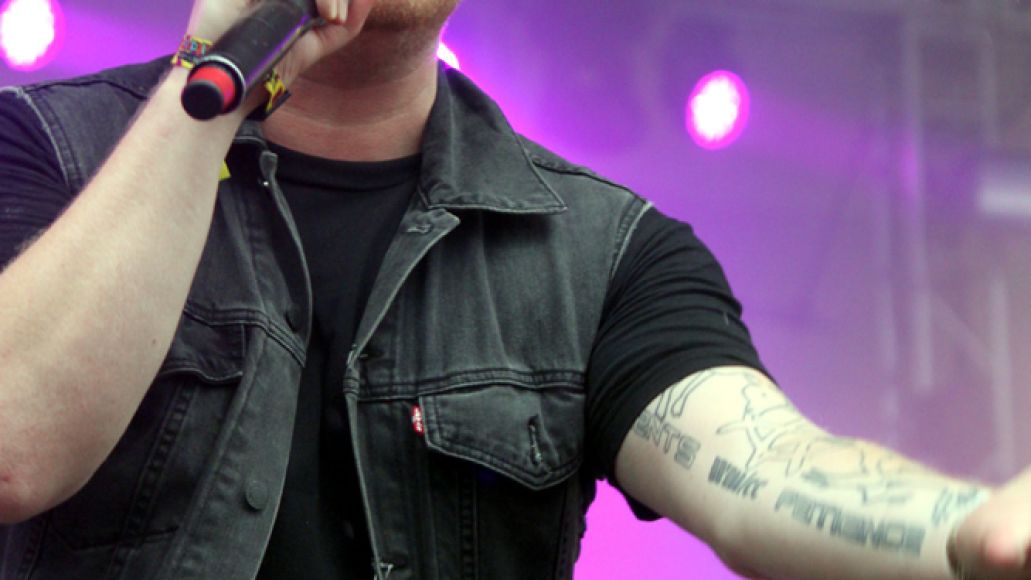 It’s almost funny to hear that from a guy like El-P, and even Killer Mike to an extent. Both rappers have had long solo careers, collaborated with other, sometimes more famous artists (many heard Mike for the first time on OutKast’s Stankonia), and had their names secured in the pantheon of crucial indie rap acts (El-P also co-founded the on-hiatus label Definitive Jux with Amaechi Uzoigwe). As El-P explains, though, the appeal of coming together doesn’t involve financial gain or even bolstered fame, but in finding a niche to exist within after so many years of going it alone.

“We’ve had our solo careers for a decade each,” El-P says. “But with RTJ, we have a certain criteria as collaborators and that it’s gotta mean something more. It can’t just be a direct sequel or another event record. It had to be me and Mike and be a real thing and be even more integrated.”

That’s not to say their process as friends/collaborators is always so carefree and breezy. Instead, El-P says that the duo would often have to “fight to get on the same page,” not necessarily as people but “from a purely artistic approach. Part of the process is that you have to convince one another.”

Both men are quick to recognize that there’s always some level of separation between the two. As El-P puts it, “You can never really know someone 100% creatively. I don’t always know what’s going to come out of the mouth of this wily, giant motherfucker and vice versa.” 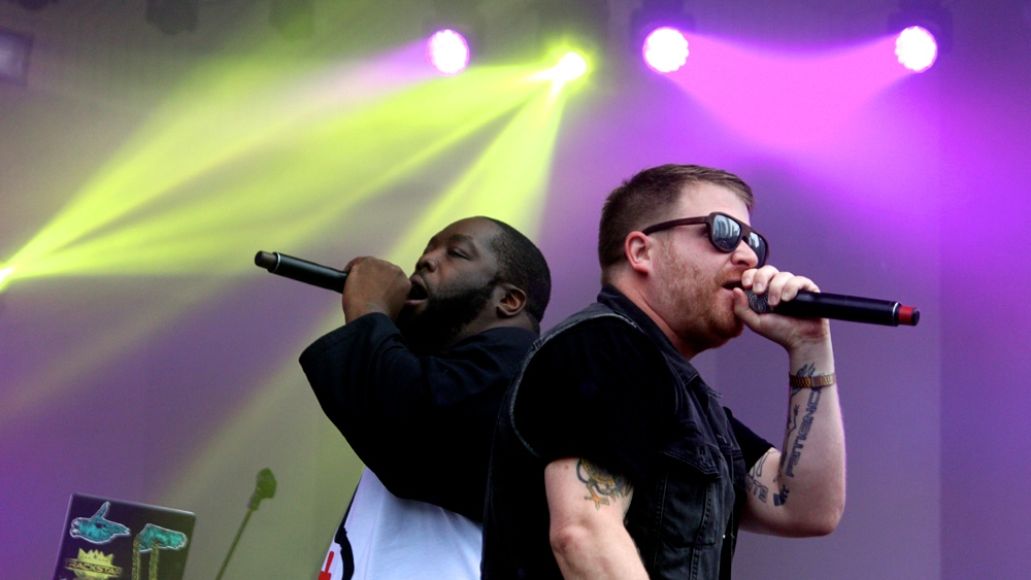 It’s in those spaces, though, that both MCs often find their favorite moments on the album. El-P explains, “It’s about the sum of those moments, of those interactions. You can’t ever control those moments, but you just try and get a general sense and what it meant for the both of us. We’d really have to sit down and talk and just listen to each other and really be in that moment to really change things. The results are often both your faults and triumphs.”

El-P almost immediately points to “Crown”, a poignant mediation on guilt and acceptance featuring one of Killer Mike’s most personal verses to date. Rather than try to outshine Mike or even bolster his own presence, he says his only goal was to maintain the profound nature of this visceral number.

“For ‘Crown’, “I didn’t write my verse until the very last week,” he says. “And it was because Mike was just struck by lightning, and his verse was so personal and powerful. The challenge was to make his verse work without it being just, ‘Oh, and then here’s some other guy.’ It had to be well defined, and I had to step up or just not be on the song at all. It took being patient and respectful.”

Both men also have memories of putting together “Jeopardy”. For El-P, it was an instance of faith in his beloved running buddy, stepping way outside his comfort zone to truly flourish.

“With ‘Jeopardy’, the beat coming in at the beginning was irksome,” he says. “We really had to talk about it, and I had to have this whole process to get cool with it. It took a minute to get there, but then I knew that’s the only way it could be.” 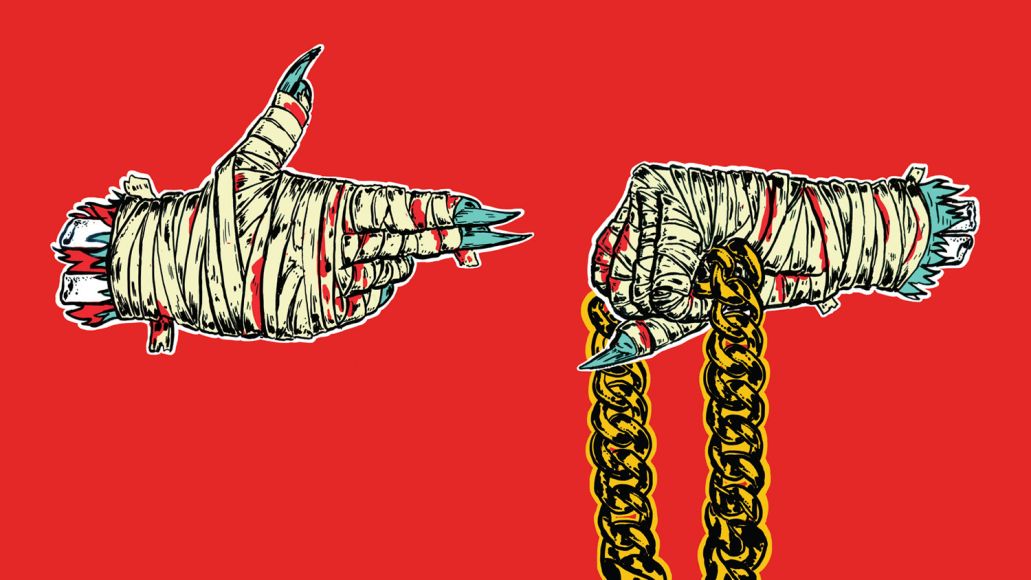 Mike remembers it slightly differently. The end result, however, was well within the same vein of friendship and mutual growth.

“You get it going with the death threats and the dares,” Mike says of the creative process at times. “We were talking about ‘Jeopardy’, and El was like, ‘Shit, I don’t know if I wanna go there.’ But I had this image in my mind, about some dark, zoned-out, trippy world like a graphic novel. And he really just helped open it up and make it more palatable while keeping that world of vision.”

With all the testosterone, angst, and weed floating around the album’s recording sessions, El-P says he recognized that egos could easily come into play. More than just not wanting to fight with his friend, though, he says that he’s gotten too old for such chicanery.

“If we had done this 10 years ago, we would have thrown each other through windows,” El-P says. “But you reach a point in your life where you’ve seen all this, and you’ve bumped against the bullshit. We’ve been assholes, and we’ve fucked shit up before, but that’s just who we used to be. When I was in Company Flow, I didn’t know how to be calm or be humble. The tradeoff about getting older is that you become more respectful. You can be cool and know your fucking shit and make a real commitment. And it’s because you know the challenges and the rewards.”

Mike summarizes it ever so elegantly, as he’s wont to do: “If someone doesn’t challenge you, then they’re not your friend. If you don’t push each other out of your comfort zones, no one will.”

It’s probably at this point that the crux of RTJ’s very existence and success — friendship — has emerged. Whether in the context of music or just kicking back after a show, El-P and Killer Mike always exude an air of chillness, cracking dick jokes like a couple of rap game The Dudes. In fact, they’re so innately fun-loving that they willingly accepted the challenge of Meow the Jewels, a crowd-funded remix album made entirely with cat sounds.

But there’s so much more to them, and Mike in particular is helping folks realize that. Following Michael Brown’s death, Mike emerged as one of the more insightful and compelling voices in the ongoing national debate. Following his appearances on CNN and writing in USA Today, he’s well aware of what his sudden rise as a reasonable, well-meaning social commentator has done for RTJ’s collective perception.

“If you know [Run the Jewels], then you know that’s who we are already,” he says. “But if you don’t, and you just see this guy on CNN, then it opens up the discussion. It makes you more curious, and you definitely want to look it up. I think that has helped add to us and helped to demystify us — that we’re more than some Blues Brothers or Cheech and Chong type shit. When we have these discussions, we challenge people to become friends with people outside their peer group.”

He’s also aware that having a weed-smoking, foulmouthed rapper serve as a pillar of the community is jarring to some folks.

“I love my job,” he says. “I revel in my job. I move like an elegant elephant, and I smoke weed and act a fool. But I’m also a father and an activist. And I can do these things simultaneously. I still do stupid shit, but that doesn’t mean I’m gonna ignore the next PTA meeting. I think doing so helps to further demystify us and just give us some cool shit to talk about.”

In fact, he’s willing to add that his “imperfections” actually make him just as suited to be a role model and voice of reason as anyone else. 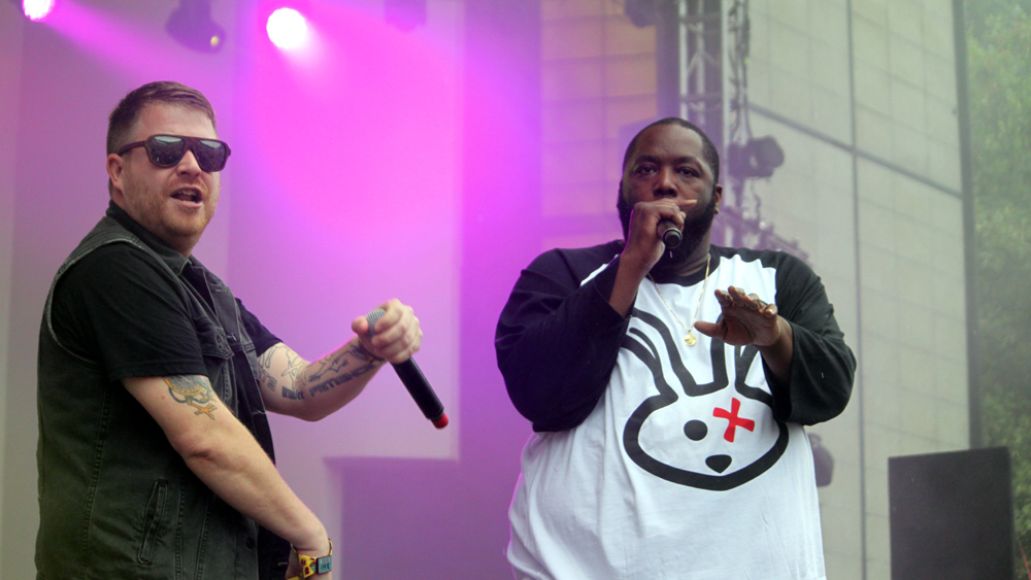 “So, I think I’m an asset to my community. I like to tell people not to be righteous, but be right in your convictions. Nobody’s perfect as a human being, but I can promise you I’m right in my motivations. At most, you have 70, 80, 90 years, so chase your goals and live those small dreams — whatever you gotta do to enhance your human experience. We’re all people, and we all deserve dignity and respect.”

With so much on the line creatively, politically, emotionally, and financially, it’s no wonder the pair are already at work on Run the Jewels 3. This group, movement, whatever you want to label it, has become not only their lifeblood, but something that they know isn’t worth letting go. At the end of the day, more than anything else, El-P and Killer Mike just like being together.

“We don’t see any reason to stop doing this,” El-P says. “We’ve got solo stuff we’re doing that’s coming out, but we see RTJ as the flagship project. We’re gonna try and do the impossible: have our cake and eat it too. And it’s because we see that this is special, and it’s something we can’t deny. We desperately cling to this because we know it’s bigger than ourselves.”

Mike’s take is a bit more whimsical, hitting right at the heart of rap’s most prominent duo.

“I hate sushi,” he says. “But it was the last day of the North American tour, so we went out to get sushi with Despot and Heems. And I was like, ‘Damn, we just finished a sold-out tour of 25 shows, but I’m just happy to be here eating sushi, which I fucking hate, with my friend.’ The music is a great thing, but I just love him as a friend.”

Artist of the Year: Run the Jewels