Considering New York City’s rich and deep history of sound, it seems like a natural location for a music festival. After witnessing the launch of Bonnaroo during their senior year of high school, NYC locals Jordan Wolowitz and Tom Russell knew early on that they wanted to be the ones to make it happen. The former went to work for talent agencies like Paradigm and International Creative Management after college, while the latter ended up as the Director of Superfly Events Group. They were on the right path.

Yet over the years, many of the most respected festival promoters in the industry had tried to establish themselves in New York and failed, from Goldenvoice’s All Points West to C3’s Vinelands. Undeterred, Wolowitz and Russell teamed with Russell’s industry colleague Yoni Reisman to co-found Founders Entertainment in 2010. At just 27 years old, they launched The Governors Ball Music Festival as a one-day, 12-act event the following summer. Four years later, the now three-day, 68-act festival has cemented itself as not just the best festival the Big Apple has ever seen, but one of the top music events in the country. 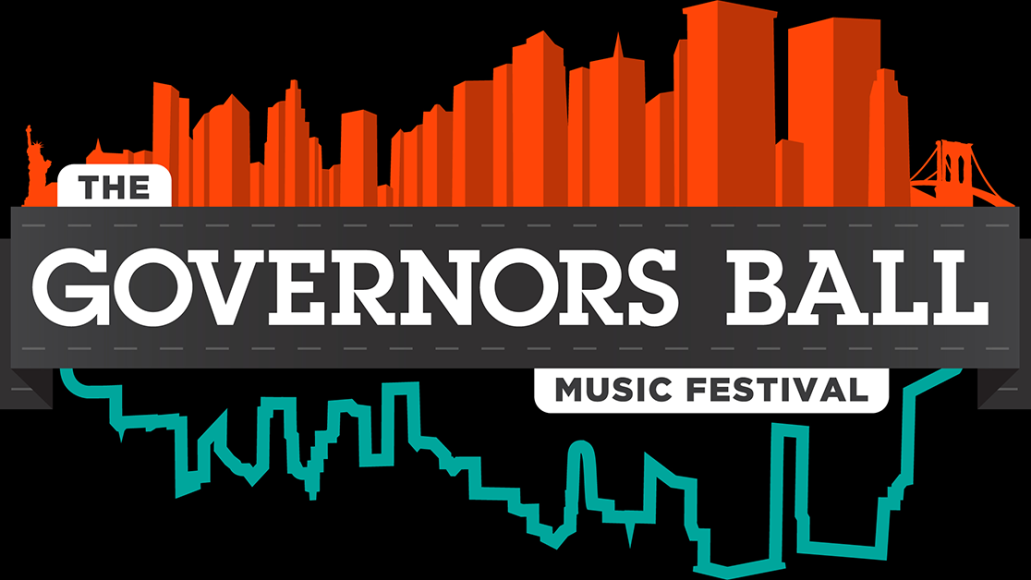 “Yeah, that kinda happened quickly,” laughs Wolowitz as he tells the tale to Consequence of Sound.

Wolowitz, Governors Ball’s talent booker, credits their finding success where so many others have failed to two things: location and lineup. Though he feels bad calling anyone out, he pegs All Points West as a failure of the first factor, having set up across the Hudson River at New Jersey’s Liberty State Park. “Geographically, it’s really close to NYC,” Wolowitz says. “But it’s a pain in the ass to get to.” As a local, he knows that New Yorkers are suckers for convenience, which made Governors Island — just a short ferry ride from Manhattan — an ideal launch site for their festival. When they needed more capacity after expanding in 2012, Randall’s Island was an even better option thanks to its bridge accessibility.

That same year, however, Irish production company Frisky launched Catalpa at the same venue. But they didn’t last either, an example of what Wolowitz says was a curation misstep. Although they had The Black Keys and Snoop Dogg as headliners, the names below the third line of the two-day fest’s bill were barely recognizable. Wolowitz estimates they sold 5,000 daily tickets. “It tanked,” he adds. “It did terribly.” They’d overspent on headliners, failed to draw a crowd, and therefore couldn’t sustain.

Governors Ball’s small size yet welcoming bill led to comfortable profits its inaugural year, an uncommon feat for young festivals. “We needed 12,000 people to show up to break even. We sold just under 20,000 tickets for a one-day festival featuring, at the time, pretty much underground acts.” That success allowed the Founders, um, founders to pay off the loans they’d taken to launch the festival without the need for outside investors. That meant they could continue to exist with “just the three of us making decisions.” More careful curation — booking relatively inexpensive headliners like Passion Pit and Beck — contributed to a profitable second year even as they expanded to two days and switched venues. 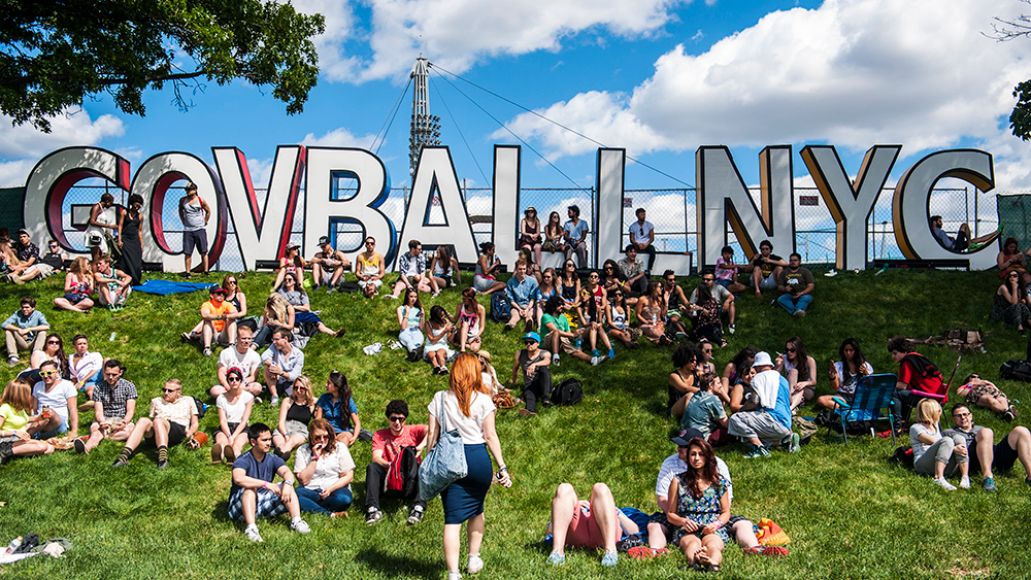 So when Catapla folded in 2013, Founders had to strike. “We knew if we didn’t go big, someone would look at us and say, ‘Hey, these kids are doing it well and it’s smaller. Let’s go bigger and just push them out of the way,’” recalls Wolowitz, adding there were rumblings of companies planning just that. “So we just kind of pushed all the chips in.” The payout was a three-day event with Kanye West’s first solo NYC show in five years; big-ticket headliners Kings of Leon and Guns ‘N Roses; and hot risers like Miguel, HAIM, and Icona Pop alongside heavyweights like Nas, Grizzly Bear, and Animal Collective. It was huge, it was varied, it was stacked. Governors Ball had arrived.

Unfortunately, so had Tropical Storm Andrea. Wolowitz relates it to “raining on your wedding day. You think about it for 362 days, and then the festival starts … and then we got a shitload of rain.” Andrea blew through the fest’s first day, forcing an early shutdown and leaving Randall’s Island a muddy, trampled wreck. But it also gave Founders a chance to shine. Because they were “students of the industry,” the group had the right insurance in place and knew the best protocols to follow. “Both the city government and the Randall’s Island Parks Alliance loved the way we responded,” Wolowitz beams, “by resodding the island and investing in better infrastructure.” The response solidified the local, independent business’ already strong relationship with the city. “The fact that in the land of the Live Nations, the SFXs, and the EMGs, it took three 27-year-old kids to come in and be the first people to pull it off well, I think that they appreciated that.”

In fact, just being “three 27-year-old kids” has gone a long way towards Founders’ ability to defy the odds. “Maybe it’s the reason why we’ve had the success we’ve had, but we approach everything from a fan’s perspective,” Wolowitz says, acknowledging the cliché but holding to its truth. Growing up as patrons of festivals keyed them into the “important things”: food from beloved NYC eateries like Crif Dogs, Luke’s Lobster Rolls, and Momofuku; plenty of natural and artificial shade; ample bathroom access; and local art installations. Years of attending fests showed the trio everything they needed to make Governors Ball a comfortable, full-day experience. 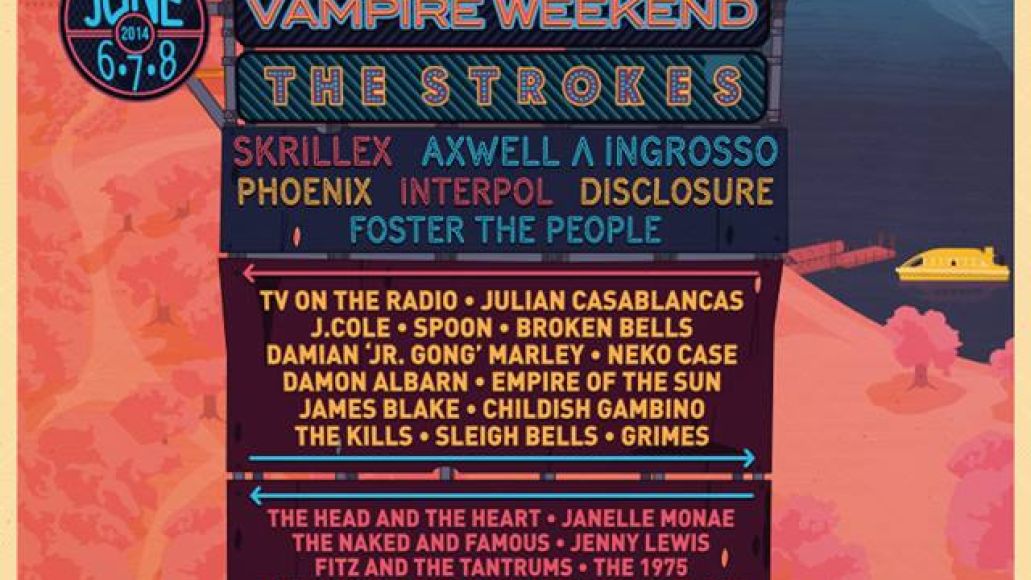 Though they learned from the established fests, Wolowitz says Governors Ball remains “just kind of focused on us” when it comes to the lineup. In an era where people talk of the festival bubble and lineup fatigue, Wolowitz believes “just booking what I like … gives it the best shot at being unique.” He compares it to writing an essay; if you keep looking at and copying off your friend’s work, “all of a sudden the teacher might see some similarities.” He thinks Governors Ball maintains its unique personality “because frankly we’re only interested in what we’re doing.”

While they’re unconcerned about competing with other festivals, there’s another, closer beast that no festival before had managed to wrangle: New York City. On one hand, being situated in one of the world’s most popular tourist destinations offers advantages. “I think it gives people an excuse to get to New York,” Wolowitz suggests. “[If] they see an amazing music festival is there, it’s a nice anchor for a trip.” People from over 70 countries attended the festival last year alone. On the flip side, there’s the dilemma of talent booking. Getting bands to play the festival as opposed to any of NYC’s numerous venues is Wolowitz’s “most difficult job.” He says starting small allowed them to prove to industry players the validity of the festival’s platform to introduce acts to new fans. Bastille, for example, were a Terminal Five-level band before their Governors Ball appearance this summer; on their subsequent fall tour, they booked two nights at Radio City Music Hall.

But Wolowitz’s secret booking weapon may be his distaste for “intense radius clauses.” “I want to be a team player with developing acts,” he says. “I want acts to come in and develop in New York.” He mentions booking Icona Pop after seeing them at a CMJ showcase. They played numerous NYC gigs between then and the fest, so by the time Governors Ball rolled around, “they were enormous, but they were playing at 1:30 in the afternoon because that’s where [they’d been] booked.” Wolowitz goes on: “Earlier this year it was Cayucas or Diarrhea Planet or Haerts or Banks; I encouraged them to come do some club shows in the city because I wanted them to develop a story and develop a fan base.” 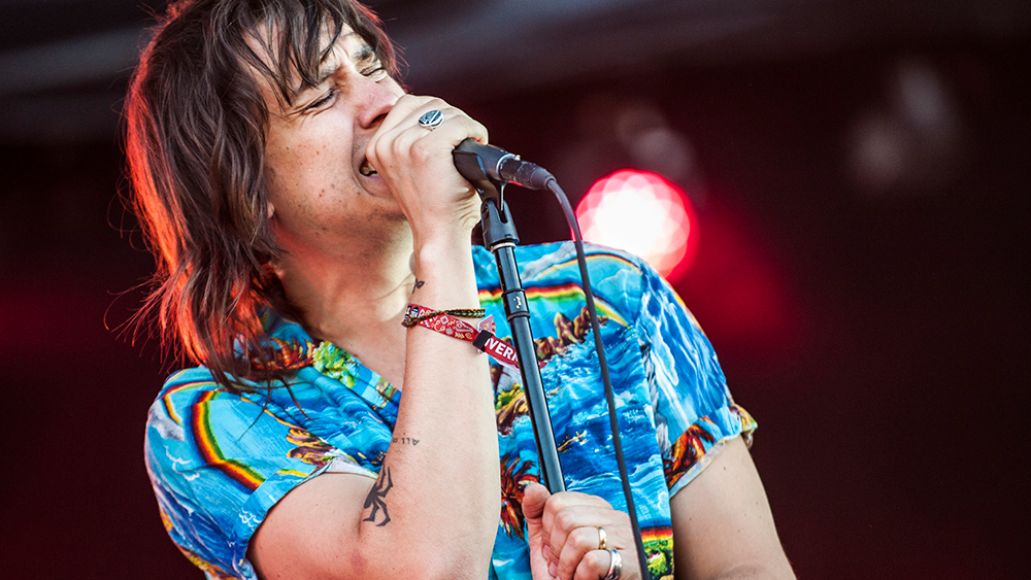 His strategies have worked, allowing Governors Ball to attract scores of big “gets.” 2014 saw Axwell Λ Ingrosso debut a new stage setup at the fest, Spoon play one of their first gigs back, and Damon Albarn perform his first-ever North American solo show. He’s also made the event attractive to local bands, as this year brought headline-making sets from TV on the Radio, Interpol, and — perhaps biggest of all — The Strokes. “It was very complicated and crazy the way the whole Strokes thing worked out,” Wolowitz discloses, noting that they’d tried to book the band every year since the beginning. After initially being rejected once again, Wolowitz went ahead and booked Julian Casablancas + The Voidz anyway. “Then after the fact — kind of at the 25th hour, frankly — they circled back that they actually did want to play.” The one-off gig was the band’s first major performance since 2011.

Now that he’s scored his first “white buffalo” band, Wolowitz has a few other “pipe dreams” in mind. While he sees acts like Pearl Jam and Phish as tangible possibilities, reunions of NYC icons Talking Heads or LCD Soundsystem “would make a lot of sense in a lot of ways.” He’s realistic enough to know those bookings may never happen, but Governors Ball has become a staging ground for bands making their big New York City comebacks, and that trend will continue next year. Wolowitz promises a bill topped by “some acts that have a really strong history here that have been gone for a few years.”

He and his partners have other big plans for 2015. Daily capacity went from 45,000 to around 50,000 last year, and they’ll continue that incremental increase to avoid the pitfall of over-selling and causing “a disaster from an operational level.” Instead of more tickets, they’ll look to boost their production scale. “Our tent [stage] isn’t going to be just a regular performance tent,” Wolowitz reveals. “It’s gonna be something that we’ve never used that’ll be amazing.” He offhandedly adds that this year’s main stage will actually become the secondary stage to a “bigger, more badass” structure in 2015. They’ll also be investing more in art and food programs, as they “don’t want this to be a festival where people show up at 6:45 to see the last two acts and then go home.”

In just four years, three fans have done what businesspeople with twice the age and practice failed to do time and time again: They’ve given the Northeast Coast its own premium music festival experience. “I would say, I guess, technically we’ve done it,” Wolowitz says modestly. “We’ve shown it can be successful, and we’ve shown it can be sustainable.” Next year, they’ll look for a second successful showing when they team with Live Nation to launch FarmBorough, a three-day country music festival to use much of the same infrastructure as Governors Ball. “Country music is doing incredibly well everywhere in this country,” Wolowitz says when asked what brought about the new venture, “but in New York City, it’s at another level.”

But they aren’t ready to just sit back and let Governors Ball ride. Wolowitz can’t deny they’ve given New York City the best festival it’s ever seen; he just doesn’t think Founders Entertainment has shown their best yet. “I think we can proudly hold our heads high and say we’ve at least achieved the first goal, which is getting it done. Now we want to be here for decades to come.”