2014 turned out to be a great year for Philadelphia/Pennsylvania-based music acts with The War on Drugs, Strand of Oaks, and The Districts each doing the Keystone State proud. After seeing Philly’s own Modern Baseball perform a sold-out show before a mesmerized hometown crowd Thursday night, I feel confident in adding this power pop/punk quartet to that ever-growing list.

The Theatre of Living Arts(TLA) was packed, not bad for a very chilly “school night.” I sensed the energy the minute I walked in the door as I noticed the crowd-surfing right away. Much to the delight of the fans and band, it continued throughout their entire set. The crowd was a mix of teens and college students. It’s not surprising as the lyrics written by Jake Ewald and Brendan Lukens are brutally honest, emotionally charged, guitar-driven songs of teen angst, lovelornness.

The 75-minute set started off with “Fine, Great”, a song from their latest release, You’re Gonna Miss It All, which landed on our Top 50 Albums of 2014 list. The setlist was a mix of songs from the group’s two full-length albums, the other being 2012’s Sports. Ewald and Lukens shared vocal duties throughout the night and even threw in a great cover of The Killers’ “When You Were Young”, complete with an audience sing-along, one of many during the night. The crowd really responded to the high-energy, charismatic style of play by bassist Ian Farmer and drummer Sean Huber. The band’s banter with the crowd was funny at times; at one point, they asked the audience on the count of three to shout out what their favorite Leonardo DiCaprio and Sandra Bullock films are. The chemistry between the band and their fans was obvious.

Modern Baseball did a beautiful version of “Pothole”, and other highlights included “The Old Gospel Choir”, “Two Good Things”, and “Charlie Black”. They ended the night with songs “Your Graduation” and “The Weekend”. This Philly crowd was treated to a really entertaining, well-executed, and memorable show. 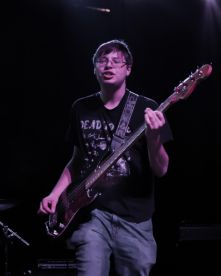 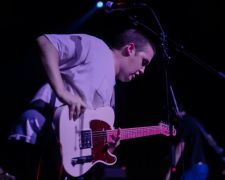 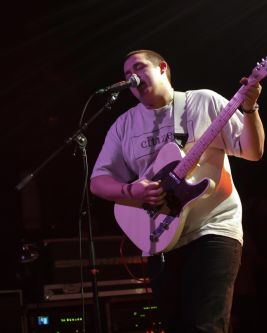 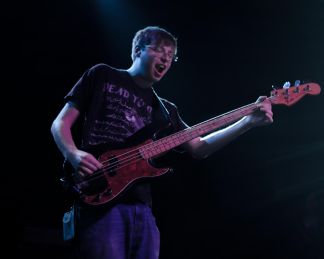 In Photos: Modern Baseball at Philadelphia's Theatre of Living Arts (12/11)