Below, watch fan-shot footage of Hill and Johansson’s performance. The entire event was filmed professionally, and will be posted on Vice’s YouTube channel.

Here was the evening’s setlist. 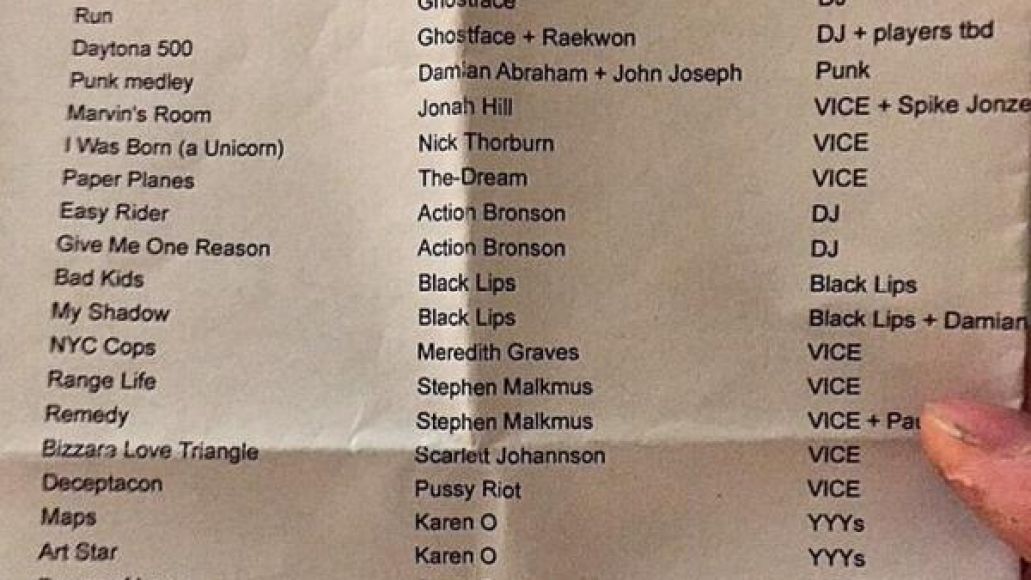