Photo by Inez and Vinoodh

For the first time since 2009, Kanye West went an entire year without releasing a new studio album. That will undoubtedly change in the New Year with the release of his as-yet-untitled seventh solo album. In anticipation, Yeezy has chosen New Year’s Eve as the time to premiere the record’s first single, “Only One”, which features none other than Paul McCartney. Listen at West’s website.

The Auto-Tune ballad, which features McCartney on keys, is a tribute to Kanye’s daughter North West, written from the perspective of his late mother, Donda. “Hello my only one, just like the morning sun/ You’ll keep on rising til the sky knows your name,” Kanye sings.

According to a press release, “Only One” is the first of “several” collaborations with McCartney.

The follow-up to 2013’s Yeezus is reported to comprise 12 tracks featuring “mostly a mixture of soul samples and tamed ‘Yeezus’-esque darkness … nothing abrasive.” Kanye previously described the LP as his Born in the U.S.A. Rumored collaborators include Drake, James Blake, Rihanna, Q-Tip, Rick Rubin, Hudson Mohawke, and Evian Christ. 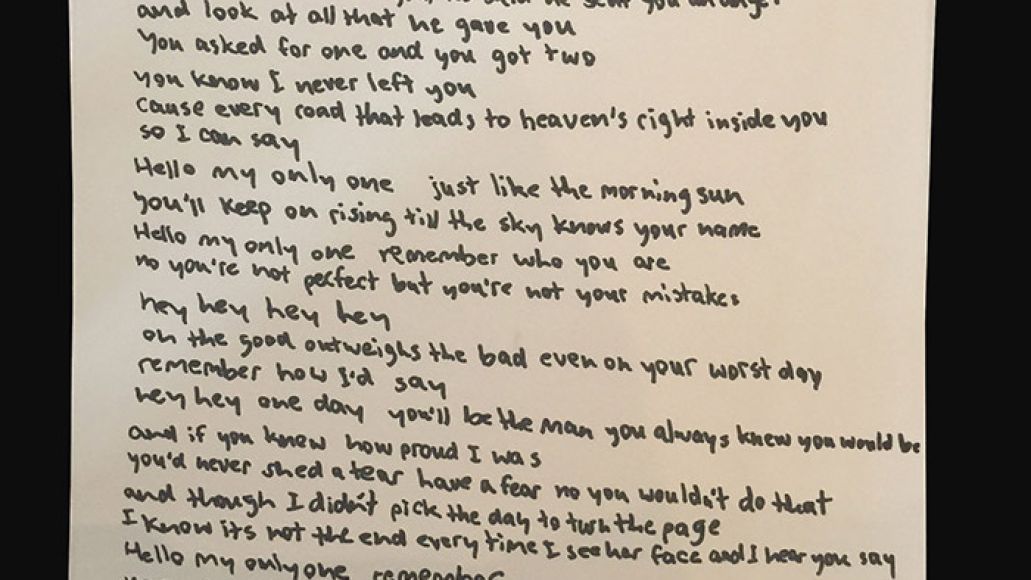 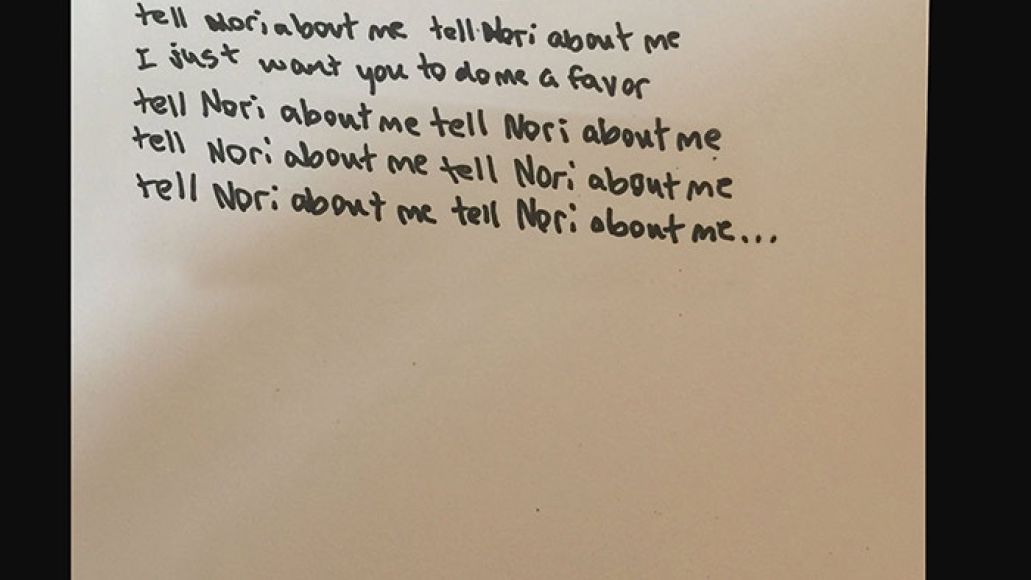 In early 2014, Paul McCartney and Kanye West first began working together in a small bungalow in Los Angeles. The process that would result in “Only One” began with a simple brainstorming session between the two: With McCartney improvising on the keyboards and Kanye vocally sketching and shaping ideas in a stream-of-consciousness riff.

When they played back the recording afterward, something remarkable happened. Kanye sat there with his family, holding his daughter North on his lap, and listened to his vocals, singing, “Hello, my only one .

. . ” And in that moment, not only could he not recall having sung those words, but he realized that perhaps the words had never really come from him.

The process of artistic creation is one that does not involve thinking, but often channeling. And he understood in that moment that his late mother, Dr. Donda West, who was also his mentor, confidante, and best friend, had spoken through him that day.

“My mom was singing to me, and through me to my daughter,” he said, astonished.

The small group in the room kept listening: “Hello my Only One…just like the morning sun…you’ll keep on rising till the sky knows your name.”

To some, Kanye’s insight didn’t immediately register. But then he explained: The name Kanye, which his mother had chosen, means “only one.”

And then it dawned on everyone there: Something powerful and undeniable had occurred through the power of music and of letting go. A message had been passed down through generations.