Angel Olsen’s music is hardly something to laugh at or along to, so maybe that is why her smile was so disarming at the sold-out El Rey Theatre on Thursday night. Olsen couldn’t hide her grin, letting it shine from the opening song onward, answering declarations of love (from both men and women) with earnest replies of love right back. “I don’t know you, but I love you,” Olsen would say.

The songwriter has plenty of reason to be smiling these days. Her genre-defying album Burn Your Fire for No Witness is turning up on most every year-end list, and she even has a couple of songs in the CoS top 50. The El Rey is the biggest headlining date she had ever played in Los Angeles and came a night after performing solo-acoustic at Cinefamily’s screening of Cleo from 5 to 7. Touring with opener Kevin Morby, who was beyond impressive and confident with his hair-flinging 45-minute opening set, Olsen finds herself reaching peak popularity nearly a year after the release of her breakthrough.

“Thank you all for all the support,” she would say later on. 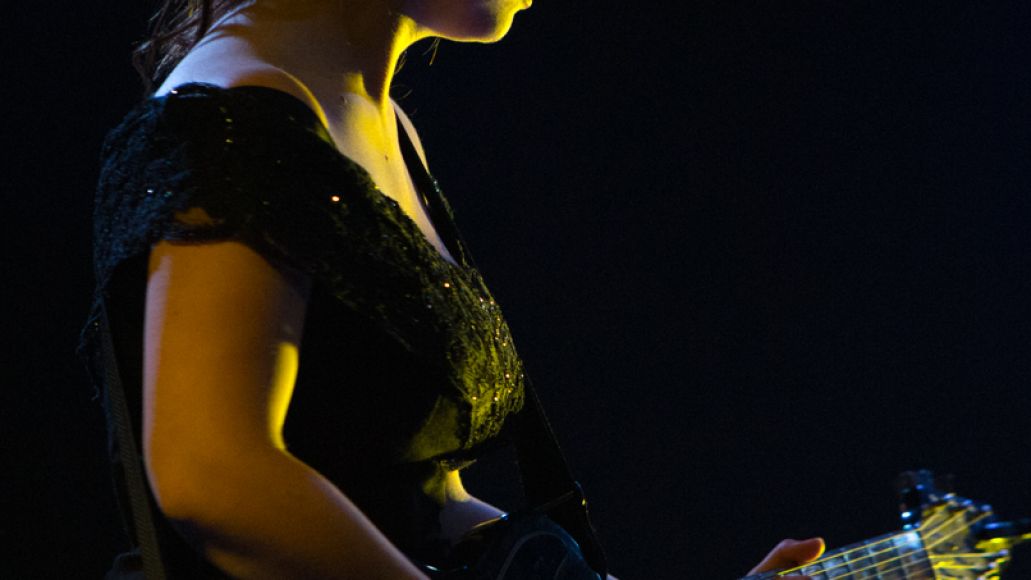 Over the course of her 75-minute set, Olsen battled through the expected and unexpected struggles of bringing her highly personal music to the stage. A mini solo set near the end of the performance saw her go it alone for “White Fire” and “Iota”, with the majority of fans drifting into respectful silence as she sang the former in half-time, starting at a near whisper. Still, because of the delicate fragility she displayed, those who did feel the need to chatter during her performance were all the more disruptive.

And then there was the content. “When you’re having a really good night, this song is a hard one to get through,” Olsen said in the introduction to “White Fire”. The audience laughed as she sang, “Everything is tragic, it all just falls apart,” and Olsen flashed that big, confident smile, giggling along with her fans. The song would quickly return to its stark subject matter, but Olsen had already given the number the right kind of apology, allowing the crowd to drift into her sadness without setting up residence. 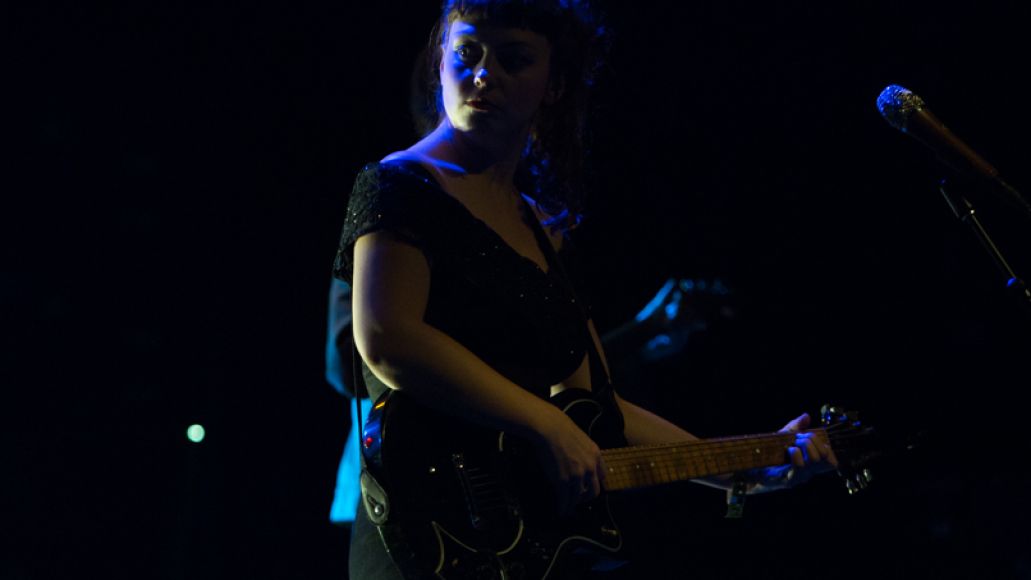 Despite the success of her recent release, Olsen paid tribute to longtime fans with the inclusion of plenty of older material, including set opener “Free” and quiet heartbreakers “Acrobat” and “Tiniest Seed”. It all could have played for an overbearing, anchored-down experience. But Olsen’s smile always prevailed; it kept returning to remind that serious music doesn’t demand an event to match its tone. In short, Angel Olsen’s music managed to be as powerful and resonant without demanding that the audience reach the same misery that is present in her lyrics.

This might have been best displayed in the encore, after Olsen joked about how nice it was to be back on stage — how her brief absence between sets found her unsure but the invitation back to the stage gave her confidence. Shortly after, she began closer “Windows”, the same song that ends her recent album. As the song built to its close, with Olsen asking, “What’s so wrong with the light?,” the drums reached their peak, and the song splashed back in not with Olsen continuing to sing as she does on the album, but by letting the instruments of her three-piece backing band take the song home. Rather than sing the normal lyrics, she simply smiled, as lost in her own song as the audience was. She closed the songs with a few lines that don’t normally appear on the track, but the lasting impression was that grin, that look.

You haven’t heard Angel Olsen until you’ve seen her sing her songs. 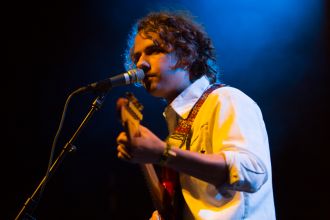 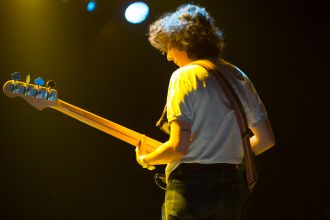 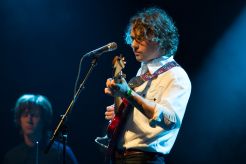 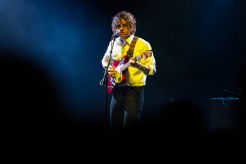 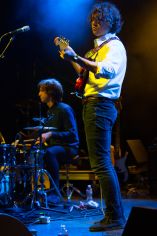 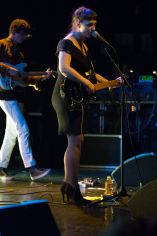 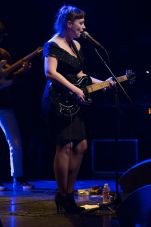 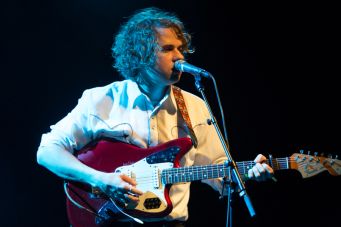