In a year where young bands like Modern Baseball and Kittyhawk have put out strong, emo-influenced records — so many, in fact, that the phrase “emo revival” has been tossed around liberally — the previous generation is still making plenty of noise themselves. Though they had put out just a single record in 2004, the members of Owls have been mainstays in the scene since the mid-’90s in various projects, from Cap’n Jazz to American Football to Joan of Arc. And in the young guns’ “emo revival,” Owls’ excellent reunion record and live shows this year have matched the passion of their youthful compatriots.

The members of Owls hold particular sway in Chicago, fronting their assortment of influential bands since their teen years decades ago. So, beyond the fact that two of these guys are actually related and they’ve grown up with the rest, their shows in the city feel particularly familial. I overheard multiple attendees explaining to friends how exactly they knew members of the band (high school, opened for them years ago), and guitarist Victor Villareal asked if anybody could give him a ride after the show. 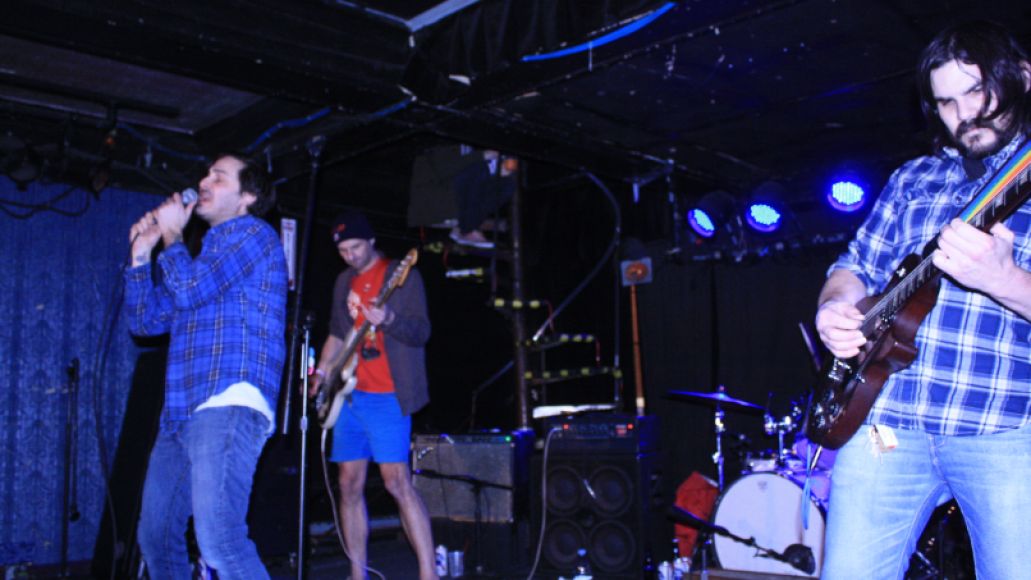 After strong but disparate sets from the thunderous Cloakroom and the dramatic, electronic HIDE, Owls took the stage, Mike Kinsella notably absent — away, in full swing leading the also-reunited American Football. And while his drumming at Owls’ first slate of shows earlier this year rode a frenetic high, the energy level rode just as high with his replacement.

“We’re P-p-pearl Jam? From Alberta, Canada,” Zurick shrugged prior to their first song, as if his vibrant blue shorts and sandals (summer casual, even in a Chicago winter) didn’t announce his mischievous side already. After a quick setup, they tore through twitchy songs full of intricately detailed guitar and striking lyrics, Tim Kinsella at the front, kicking his legs and bouncing around glibly.

At a few points in the night, it seemed as if the set was going to tear apart at the seams. Kinsella had trouble with his guitar, the sound cutting out at a few points as he tried to sing and fix the cables simultaneously. His energy read anxious, as late in the set he took tracks like “Ancient Star Seed…” into extended noise jams and itchy, repetitious twists of the original lyrics. He went on eyebrow-raised lectures about “the British calendar act of 1631” and about how we all needed to remember we’re all here because a bunch of people fucked a long time ago. 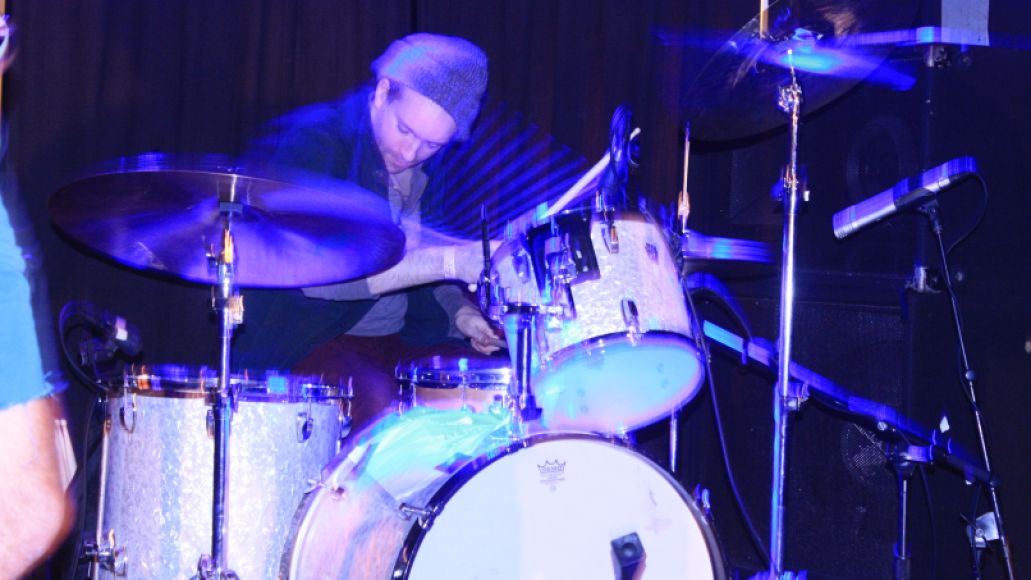 This anxious energy boiled over towards the end of the set, at the conclusion of the throat-rending “Holy Fucking Ghost”. Kinsella took the already circular repetitions of the “ah-ah-ah-ah” conclusion and held on with tooth and nail, interjecting a wound-up repetition of “oh, I’m doing a Molina cover, oh I’m doing emotions, oh I’m doing math, oh I’m doing post.” The churning “The Lion…” then took that energy, and a comment about suicide felt a little rougher considering the Molina line.

As things felt their tensest, Kinsella asked about how weird it was when your therapist asks you how you feel when you punch yourself in the head. He took to bopping himself in the forehead with the microphone between lines, too, hard enough that the popping sound kept time with the beat. His screams of “unname everybody, unname everyone” on the epic “Anybody Can Have a Good Time” pushed his voice to its fringes, and he even added an extended outro about exactly who we need to unname (the last person slept with, the person you lost your virginity to, etc). The propulsive “A Drop of Blood…” closed the encore with a straight-ahead burn.

It took 10 years for Owls to return after their first album, and with the year of their reunion drawing to a close, it’s unclear whether they’ll have anything planned for 2015. Sure, the Kinsellas, Zurick, and Villareal will all continue to work in someway in the Chicago scene, but this shouldn’t be their last show for another 10 years.  Owls came back with a purpose, a heady, powerful drive, and this particular combination and these songs should continue on. 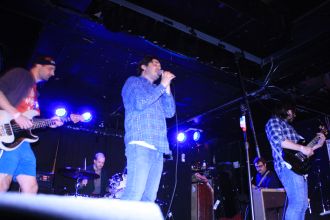 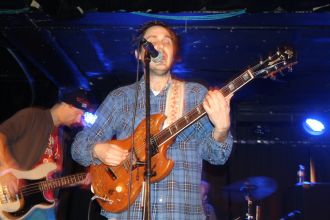 Setlist:
Four Works of Art…
Life in the Hair Salon-Themed Bar on the Island
It Collects Itself…
I’m Surprised…
For Nate’s Brother Whose Name I Never Knew or Can’t Remember
Why Oh Why…
Ancient Star Seed…
Holy Fucking Ghost
The Lion…
What Whorse You Wrote Id On
Encore:
Anybody Can Have a Good Time
A Drop of Blood…