From the opening moments of the first act, nostalgia wasn’t the right word. Nostalgia implies a flashback to some moment in time, to a certain something that’s been before and won’t again. As Mad Men made famous, it comes from a Greek word that literally means “the pain from an old wound.” Ten years ago, Reggie and the Full Effect were between albums, Saves the Day were five years out from their then-appreciated, now-heralded opus, Through Being Cool, while also recovering from a major label letdown, and Say Anything released their most well-known work, …Is a Real Boy, to as much buzz as a pop punk band could get in 2004. I would never be caught at a show like this 10 years ago. Last night was not 10 years ago.

But last night was special. 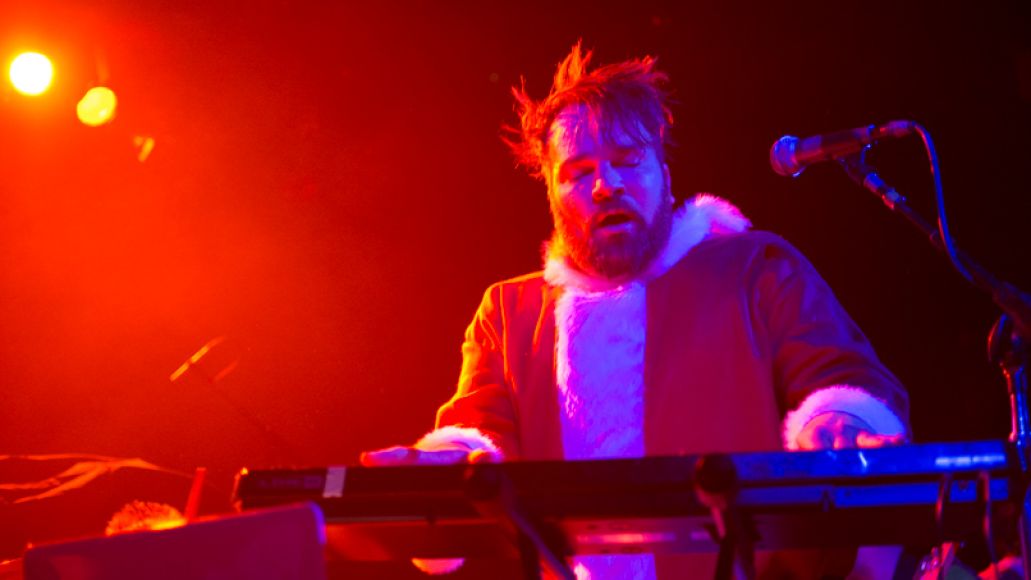 James Dewees dressed as Santa, with the rest of Reggie acting as his elves. The setlist wasn’t a straight-forward performance of the album; in his own words, “Under the Tray came out 11 years ago, but Songs Not to Get Married To came out nine years ago, so we get to perform songs from both.” Though clearly much older and technically a little wiser, Dewees gave it his all, sweating his ass off in that red costume, all the while taunting that it was his third of three layers and that the crowd would get to see all of them – which we did, as their set concluded with a quirky striptease to “Love Reality”.

Saves the Day followed in the longest opening set I’ve ever seen: a 90-minute performance that launched with a note-for-note perfect rendition of Through Being Cool had everyone moving, swaying, and moshing. Say Anything (and Two Tongues) frontman Max Bemis stepped onstage to perform “Holly Hox” with his peers. The two bands are so intra-related, it was hard to call it a featured moment when so much of the night felt like a shared spotlight regardless of who it shone on. 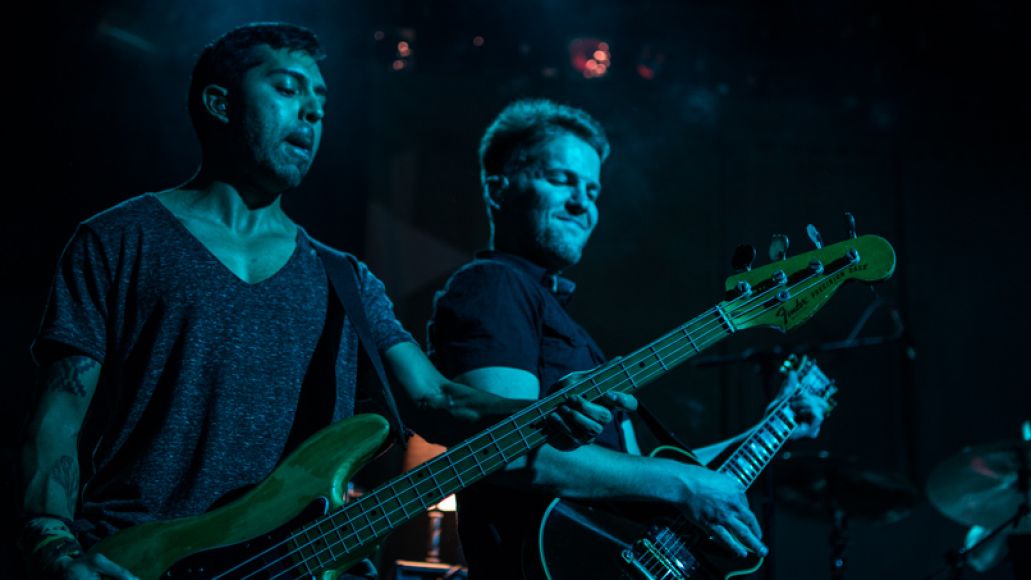 Through Being Cool is the ultimate album in pop punk. You don’t need memories of driving around New Jersey with your hair swaying in the breeze or taking the train to New York while longing for a phone call from that special someone to feel the power of Chris Conley’s words. For at least one night, all you needed to feel that angst and power was to stand in the crowd. After the album finished, the band played one song from every album (with the ironic exception of Can’t Slow Down), including a tremendous guitar solo from Arun Bali on his favorite song to play, “Kaleidoscope”.

When Saves the Day left the stage, it felt like there was no energy in the building. There was nothing left to give, no more reason to mosh or move. That changed the second “and the album begins with a song of rebellion” echoed through the loudspeakers, and that opening riff, that blistering pop guitar to “Belt” came from nowhere to remind everyone that Say Anything were there to kick your ass. 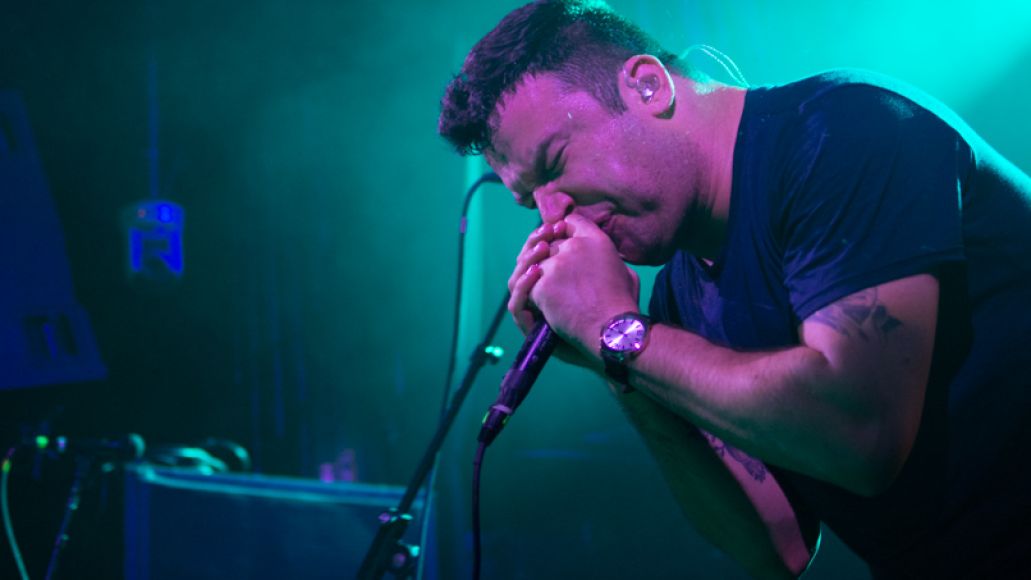 They too did more than just their most popular album, even having a cameo from an original member (after all, Say Anything are either the most Brooklyn west coast punk band or the most west coast Brooklyn punk band out there); unlike Saves the Day, they didn’t do a career-spanning setlist, though. After track 11 (“I Want to Know Your Plans”), they played straight to the heartstrings of those there for the album: the b-sides collection …Was a Real Boy happened and delightfully. You couldn’t escape the madness of “Little Girls”. You couldn’t help but sing along to “Total Revenge”. Say Anything made you part of their team.

And then they returned to the album closer, their typical set closer, one of the best epilogues to an album ever, with “Admit it!!!”. As Bemis sang some final lines that feel special in any major city – “I wanna taste the breeze of every great city” – the crowd gave its last hurrah. That final shout, that angry release, of “lay still” re-iterated: no, this wasn’t nostalgia; this was about now. 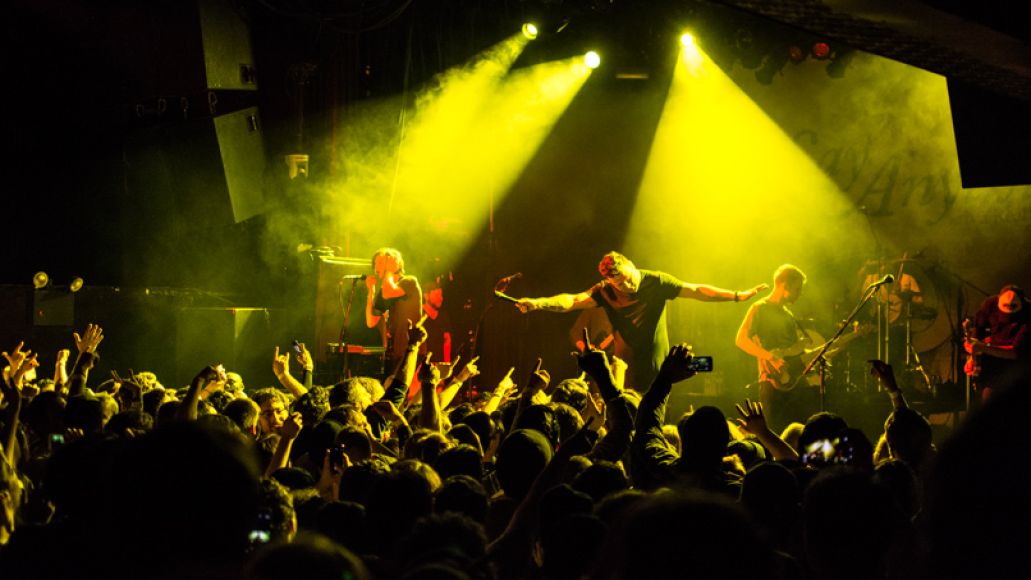 Live Review: Say Anything, Saves The Day, and Reggie and the Full Effect at Irving Plaza (12/2)