The Long Night’s Moon loomed high, though not bright enough to make the path through the cemetery easily navigable. Small candles placed in brown paper bags acted as a path among the twisting roadways designed to lead mourners to the graves of their scattered loved ones. But some flames had snuffed out in the crisp winter breeze, and the gathering crowd instead relied on the specter of the cathedral’s dome to guide the way.

Rather than some death rite, though, this was the latest in Wrekmeister Harmonies mastermind JR Robinson’s series of experimental metal performances set at Chicago’s Bohemian National Cemetery on evenings of full moons (this evening’s being the Long Night’s Moon or Cold Moon, depending on who you ask). Eschewing the chilled fields where the concerts are held in warmer months, the event was moved inside the cemetery’s cathedral. The line moved through the building’s large, wooden doors and past walls made of encased photos and mementos documenting the dead buried not far away. 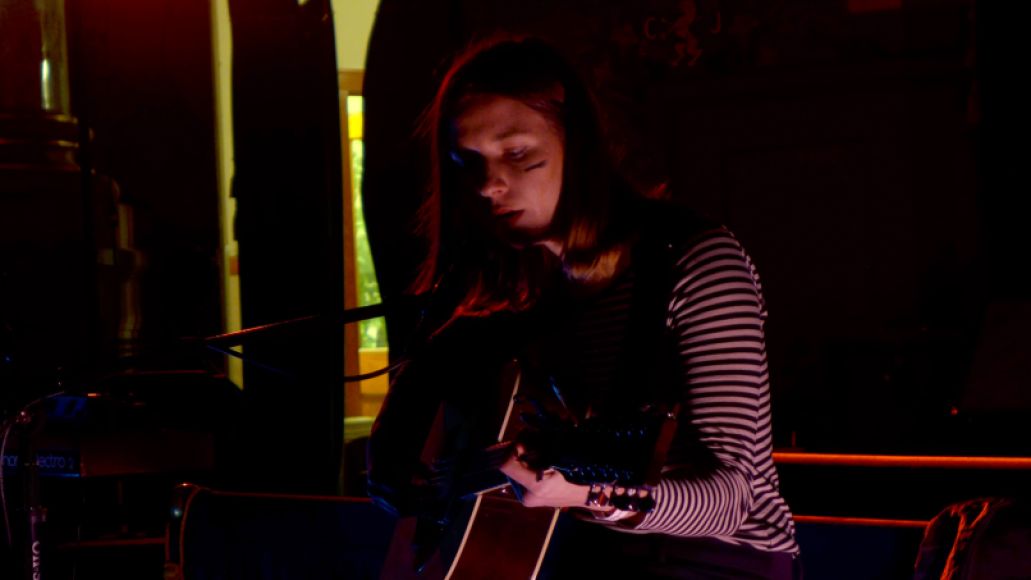 As if the setting weren’t enough to instill introspection and a solemn focus, the main room was darkened, lit largely by abstract projections and soundtracked by low, slow drones. The black-clad masses assembled in the pews were too hyped by the event to call the scene mournful, though. Circuit Des Yeux was the first to take the stage, Haley Fohr stepping quietly toward her acoustic guitar. Any thought that this would be an unassuming, mellow performance was shattered when she opened her mouth: Hers is a voice unlike any I’ve heard before, booming and evocative, both earthen deep and hauntingly malleable. The set built to a destructive conclusion in which Fohr knocked over her bench, wrenched the microphone out of its stand, and laughed and ululated over a distorted, droning guitar figure.

Avant folk guitarist Ryley Walker followed, a decidedly more amiable figure than the surrounding acts. After asking if anyone enjoyed a smoke in the graveyard, Walker launched a set fueled by psych and jazz (unsurprising, as members of his backing band are fixtures of Chicago’s improvised music scene). During this set, the projections on the cathedral’s back wall formed a molecular paisley of blue and red amoebic blobs mixing and colliding — a fitting backdrop for the fluid, mesmeric grooves provided by drummer Quin Kirchner and bassist Anton Hatwich.

In a previous post, I compared Wrekmeister Harmonies’ look to a Western outlaw dealing with some dark, haunting business, and his solo performance as the fitting soundtrack for that character’s TV show. With a group of 14 musicians, though, he was able to recreate the rich, astral, post-metal compositions of his recorded output. The group was tasked with performing this year’s Then It All Came Down and its heavily layered transition from chilled atmosphere to burst-sky black metal — and Robinson led the ensemble through that difficult task masterfully. 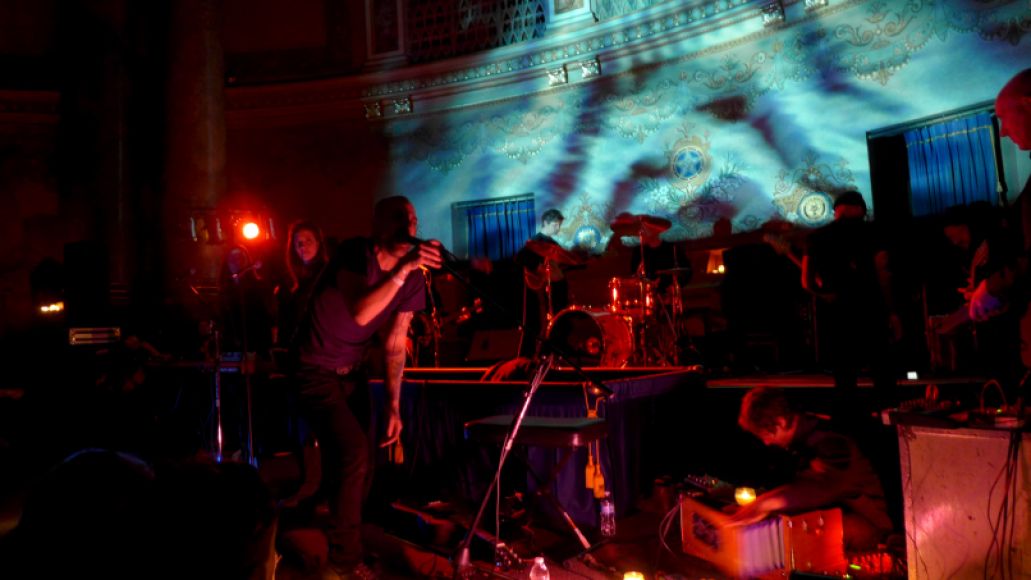 The journey began with Mind Over Mirrors’ Jaime Fennelly pumping a wintry chord out of his harmonium, slowly pushing the bellows of the pump organ as a dark, electronic drone lingered low. Robinson stalked among the group, urging a bit more keys from L’Altra’s Lindsay Anderson one moment, a bit more acoustic from Ryley Walker the next, Fennelly consistently pumping at the harmonium with one hand and ringing a bell with the other.

After an appropriately slow build (considering the Cold Moon signifies the nearing of the winter solstice, at which point the night will be its longest) of strings, icy synth, and acoustic, the metal element of the ensemble stepped to the fore. Robinson stepped into the railed-off space where a casket would be on any other day at the Cathedral, tearing at his guitar and howling through the golden dome to the looming moon. Indian vocalist Dylan O’Toole and bassist Ron Defries teamed with Bloodiest guitarist Eric Chaleff and members of psych outfit Disappears to reach the concussive conclusion. As the menacing drone faded into a frozen fog, Robinson stepped through the space, blowing out the many candles until the room darkened and the noise dropped away.

Exiting the cathedral, a fire pit just outside the door had been lit, and a man in a long, black jacket forcefully read something aloud in Latin. On the journey back through the graves, I wondered whether the whole event had been some sort of ancient rite, the incantation on the steps of some final initiation. Only time will tell, I suppose — until the next full moon anyway. 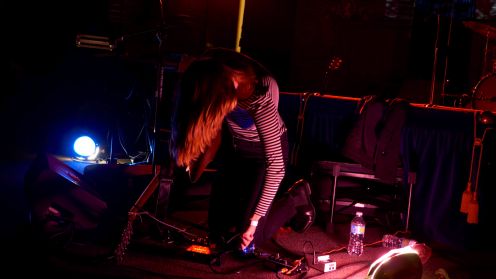