In 2012, Richmond, Virginia songwriter Matthew E. White impressed with his debut album, Big Inner, a collection of songs that took older influences like Randy Newman, Curtis Mayfield, and The Band, and made them into a progressive, 21st century product. Now, the CoSigned musician hopes to pick up where he left off with his follow-up, Fresh Blood.

Due out March 10th via Domino Records, the 10-track LP was co-produced by White and his Spacebomb Records co-founder Trey Pollard. According to a press release, the album promises to be more “deliberate” than its predecessor, the result of “his co-writing sessions with longtime friend and former bandmate Andy Jenkins, to his steady arrangement brainstorms with the trusted Spacebomb house band—bassist Cameron Ralston, drummer Pinson Chanselle, and guitarist Trey Pollard.”

Below, watch an album trailer which features a snippet of new song “Tranquility”. 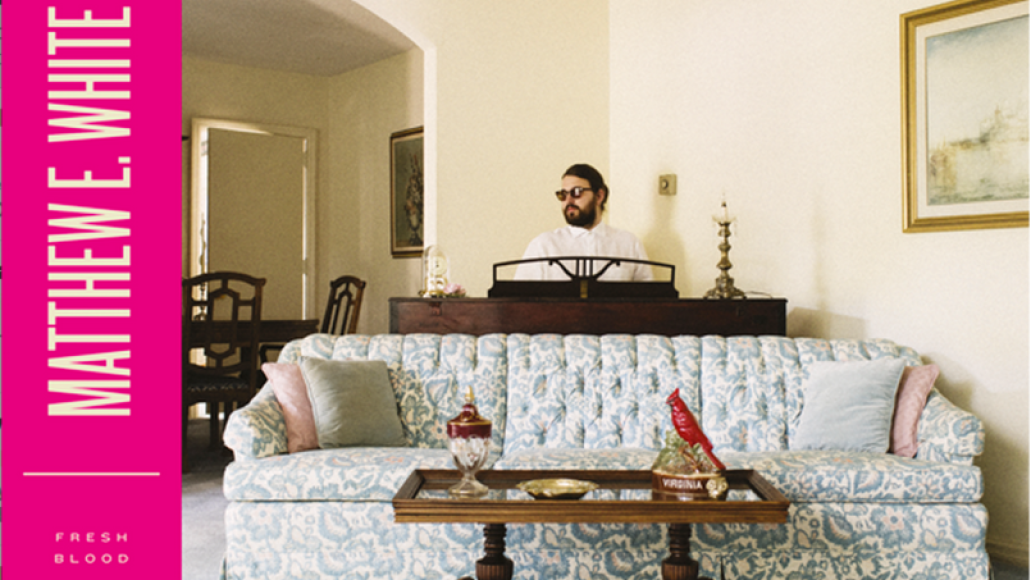