If you scroll down to the very bottom of the page and click on “About Us,” you’ll find a mission statement we take seriously: “Consequence of Sound is the missing link between mainstream pop culture and the underground.” Year after year, we get better at putting that idea into action. Our live coverage — from giant festivals like Coachella and Bonnaroo to stadiums and arenas to theaters and clubs — aims to feature what both we and our readers feel is important.

In years past, we never ventured off to Miley Cyrus or Katy Perry concerts, but this year we did and found out that big pop spectacles are actually a pretty great time. We also tried to incorporate more EDM live coverage into the mix. We still focused on the major markets of Chicago, Los Angeles, and New York, but we also established San Francisco, Boston, Atlanta, Philadelphia, Washington, DC, London, and Minneapolis as areas to explore. Needless to say, we saw a lot.

And after all we saw, we’ve now chosen five acts that have stood out over the last 12 months. If we’ve done our job, this list shouldn’t be a surprise. Our goal for next year’s coverage is to find even better ways for you to experience the fun we get to have on a nightly basis. Maybe you’ll use our live reviews as a way to relive your experience or as a filter for deciding what you’ll see with your ticket-buying money. Regardless, if you get the chance, we can wholeheartedly recommend the following five acts. (Spoiler alert: It’s too late to see one of them. Sorry.) 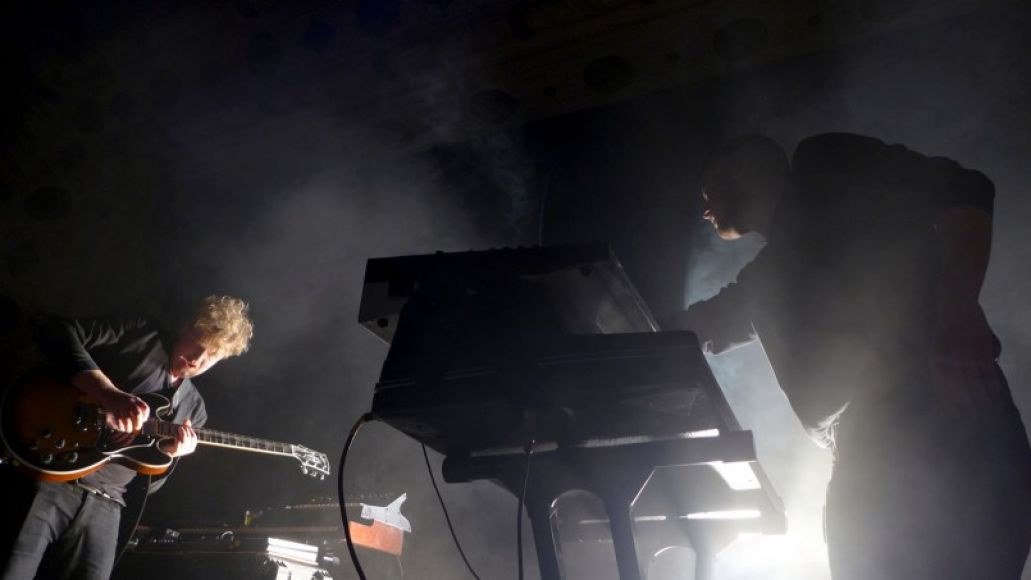 Darkside will only have one album to their name, and it’s not even the best thing they ever did. On tape, Nicolas Jaar and his partner in crime, Dave Harrington, rendered their jazzy compositions with perfect slickness. Live, they set off bombs.

I got caught in their shrapnel early this year at Chicago’s winter festival Tomorrow Never Knows. The duo headlined the Metro that evening, but I couldn’t tell you how long their set ran. Their songs don’t mark off easy intervals of three, four, five minutes. They stretch and loom as Jaar builds his beats from behind a semicircle of electronics. Here’s this guy, hunched over and steely-eyed, just stacking up a fortress around himself, all but blowing out the subwoofers with his analogs. And the only one to counter him, the only other person on stage, is a guy with a guitar.

Here’s something I learned that night: Guitars aren’t cool anymore. Not in the way they used to be, at least. Bands like Diarrhea Planet embrace their instrument’s uncoolness, layering four (!) electrics on top of each other to push party rock to its most bombastic extremes. It works because anything less ridiculous would fall flat. Rock guitarists can make great music, but they don’t ooze that impenetrable air of cool anymore. That era ended the minute Gibson cast a mini Les Paul in plastic and slapped on colored buttons and a PlayStation hookup.

But knob-twiddlers? They’ve taken the throne, and Jaar is one of the engineers who gives the electronic underground its shine. He radiates cool, and Harrington soaks it right up and bounces it back at him, hollowing out an echo chamber of vibes. I’ve never seen two people be so un-self-conscious on stage together. They never looked at the audience. They looked at their gear and then stared at each other with bullet eyes, each building off the figures that the other would twist out of his instrument.

Darkside won’t happen again, though I know whatever these two musicians do next will be worth following. They were a flash, a year and a half of perfect collaboration, of “jazz” in its best sense: heavy, improvised, dangerous, and a little bit playful. They made festivalgoers dance at midday with alien pulses and minor key guitar solos. That doesn’t happen every year.