The “Dog Days Are Over”: All signs point to Florence and the Machine finally returning to the spotlight this year. This past October, the band made its long-awaited return to the stage at Neil Young’s annual Bridge School Benefit Concert. Now, it looks as though a brand new album is on its way.

Fansite Florence and The Machine Army recently posted a picture indicating that the follow-up to 2011’s Ceremonials has been recorded and is currently being mixed. The album seems to already have a title, too, though it’s been purposely hidden from view with a Sharpie marker. 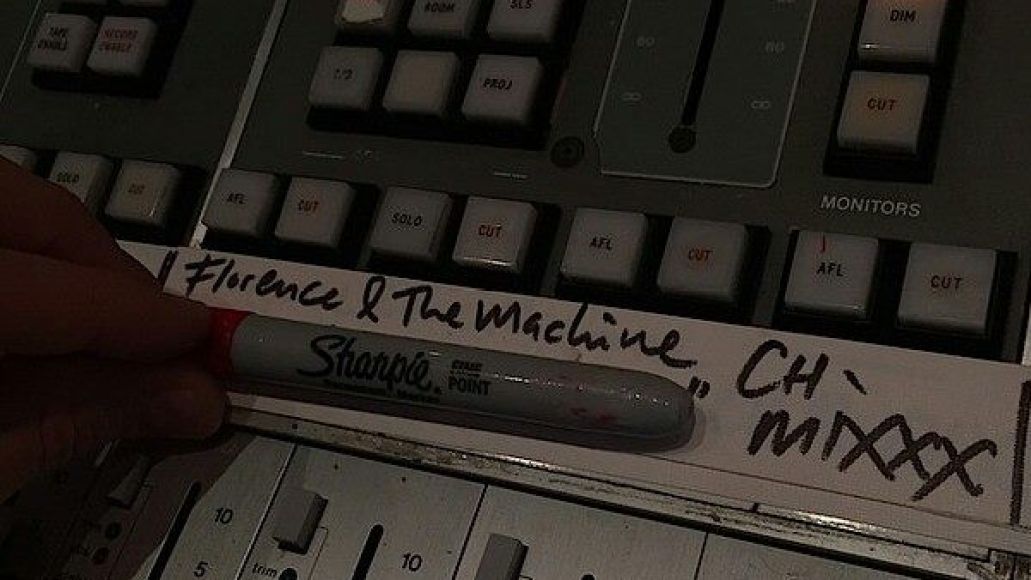 Further evidence a new Florence and the Machine album is on the horizon? The band’s also lined up a number of festival appearances, including sets at Way Out West and Flow Festival. See the full tour itinerary below.

A new Florence and the Machine album is coming soon