Two separate, intertwining narratives inform Sleater-Kinney’s return: one of lingering inevitability and another of furious necessity. The announcement of their split back in 2006 made it sound like an indefinite hiatus, not a contentious dissolution, so there was always hope they’d return. Then, four years ago, guitarist/vocalist Carrie Brownstein noted in interviews that the band would be back eventually; it was just a matter of when and what catalyst would fuel the reunion. As injustice, inequality, and oppression have continued to rage over the last few years, the trio’s eighth album, No Cities to Love, burns that new fuel in a startling conflagration.

While their early riot grrrl roots sounded more explicitly enraged at society, Sleater-Kinney left off on a massive note with 2005’s The Woods. The album’s hard rock sounds smashed at gentrification, depression, and gender identity with equal parts sardonic playfulness and teeth-gnashing violence. They sounded like they were having fun tearing things down. No Cities to Love plays as if the ills of the past few years were being stored in some sort of battery, and they’ve only now returned because acid started leaking from the terminal.

On The Woods, the soft songs eased the rougher moments with approachable fun (think the overblown “Modern Girl”). Here, there’s no such consideration: If you’re not ready to grit your teeth and vent, look elsewhere. “I was blind by the money, I was numb from the greed,” Brownstein intones on album opener “Price Tag” as Corin Tucker completes the one-two punch against a culture dominated by consumerism. “We never really checked, we never checked the price tag/ When the cost comes in, it’s gonna be high.” The two always provided excellent counterpoints to each other, but the break has made their chemistry even more immediately apparent.

The dance punk of “Fangless” follows, Janet Weiss’ rippling drum intro serving as a reminder of how essential her eclectic, thunderous kit work is to the Sleater-Kinney formula. Throughout the album, she melds into whatever style the song requires, striking the snare like an anvil, splashing at the cymbals with molten iron pings.

If this is, as they’ve claimed, the introduction of Sleater-Kinney 2.0, they’ll need to reintroduce the core of their ethos. But they’ve changed quite a bit since the first time they explained their feelings about the world. After seven albums — plus two Tucker solo albums, Weiss’ work with Quasi and Stephen Malkmus’ Jicks, and Weiss and Brownstein’s album with Wild Flag — they’ve developed so much as songwriters that even their punchy, brief songs carry the weight of epics. They’ve boiled their process down to its essentials, and No Cities to Love crams genius lyrics and hook after inescapable hook into just 10 tracks and 33 minutes.

The gripping “A New Wave” features some of the album’s most approachable harmonies, even as Brownstein and Tucker sing about trying to “invent our own kind of obscurity.” This and a few other songs on the album tackle the frustrations of being forced into an identity or narrative, about being controlled by assumption (“No one here is taking notice, no outline will ever hold us”). Instead, Sleater-Kinney try to find a way to be themselves and live honestly in the world (“It’s not a new wave, it’s just you and me”). There’s also a rough look at what it means to exist as a body in the physical world: “I am raw material/ Make me plastic, make me fuel.”

This fixation on self and reality returns on the lead single, “Bury Our Friends”. No matter how rough existence is, it’s what we’ve got, so why not strive for more? “This dark world is precious to me,” Tucker yearns in a verse. Brownstein insists that “Only I get to be punched by me” in the next. In an interview with NPR, Brownstein explained that the song was about “trying to posit yourself — your body or your mind — into a space that is … assured, and safe, and sort of rejecting criticism.” But that doesn’t exclude being critical of oneself, and it doesn’t negate the pains of the world.

The burning “Surface Envy” struggles against oppression and reaches for its own reality. Over some vintage guitar interplay, Tucker unleashes that classic howl as she sings about how she hasn’t seen sunlight for days. Tellingly, the effort to break through into the light is only accomplished as a group: “We win, we lose/ Only together do we break the rules/ We win, we lose/ Only together do we make the rules.” That’s Sleater-Kinney returning to power, but it also sounds like a rallying cry for any oppressed, frustrated group.

“Surface Envy” is the sound of three people tired of all the bullshit, ready to break free. Sleater-Kinney are sick of the rules as they stand, but they don’t just want to break the rules; they want to make new ones. They could only do that by coming back together to reintroduce their own perspective and fight their own battle. If it took eight years to reach this boiling point and fuel this inevitable explosion, so be it.

Pick up a copy of No Cities to Love here…

No Cities to Love Artwork 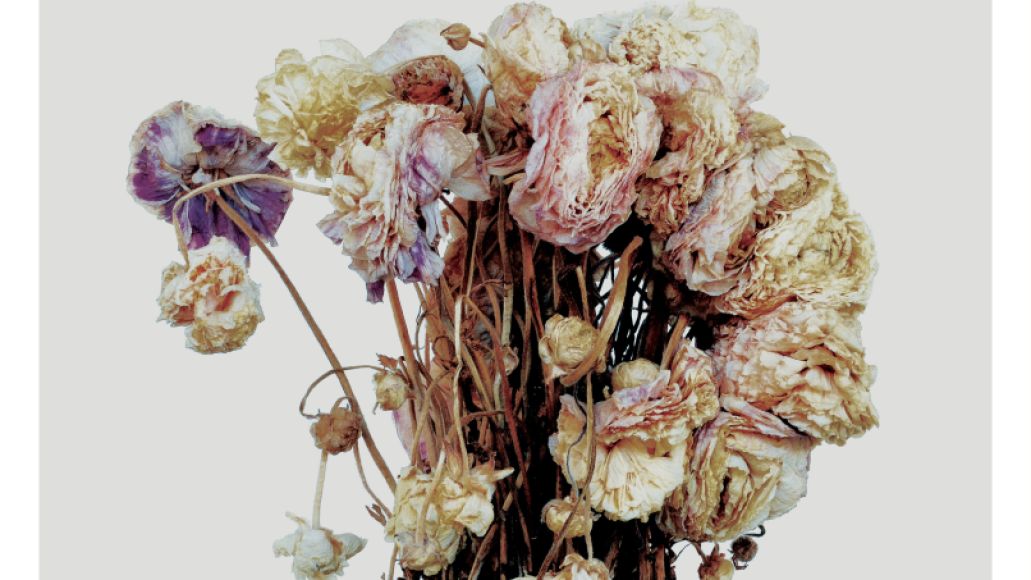 Sleater-Kinney Make Their Own Rules on Triumphant No Cities to Love: Review