For AC/DC, it marks the band’s first confirmed US tour date in five years and debut performance at Coachella. They’ll be performing with a brand new lineup with Stephen Young on guitar, replacing his uncle Malcom who recently retired from the band due to health issues. It’s also unclear whether drummer Phil Rudd, who has been dealing with a series of legal problems, will make the trip.

On the reunion front, Coachella has snagged the first date of Ride’s US tour and the second performance from Drive Like Jehu since getting back together last August. Meanwhile, Ratatat will be playing their first show in four years.

Check out the full lineup at Festival Outlook, or see the lineup poster below. 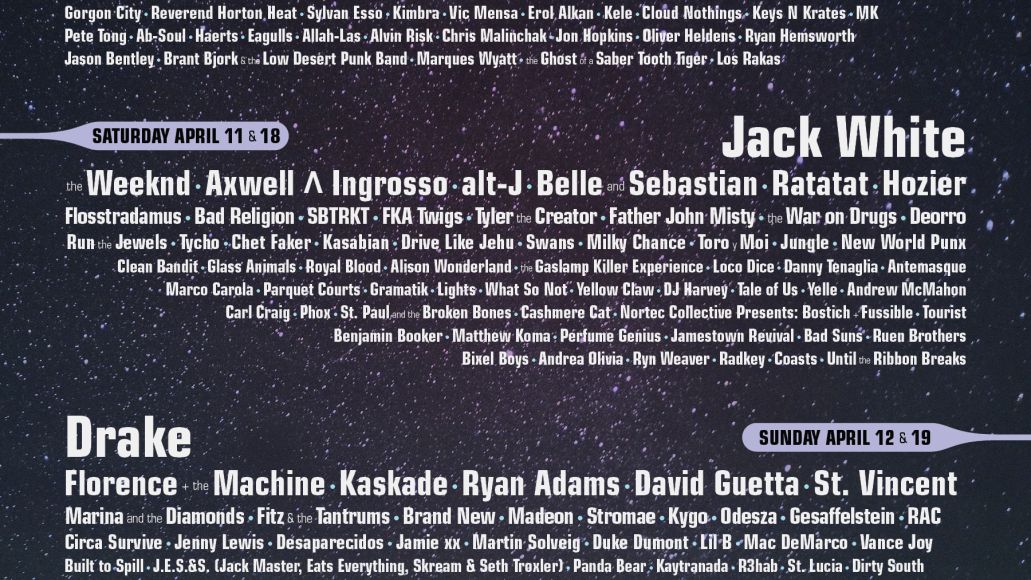