On his band’s debut album, Matt Flegel’s mouth can hardly contain his spirit. Over the phone, his voice sounds sweet, his manner unaffected and polite. It’s not entirely what you would expect from the frontman of Viet Cong, one of the most compelling and contentious bands to emerge from North America’s latest post-punk crusade.

But the Calgary native has this faint, unnerving but appealing giggle, and if you’re not careful, he’ll use it to dangerous effect. When he’s annoyed by a question or just really at a loss for words, out it comes. If you aren’t on the tips of your toes, the conversation will shift toward safer ground.

“It’s my secrets,” the ex-member of Women and lead singer of Viet Cong says uncomfortably. He’s attempting to explain the album’s premise over the phone from Nanaimo, Canada, a small city about an hour and half by ferry from Vancouver Island, Viet Cong’s new home. There’s this sense of discomfort and apathy when he speaks about his music. After recently traversing the mountains in the middle of winter, he’s starting to realize the dangers of his lifestyle. “I have to go back home to Calgary next week to fetch a few more things, and apparently the roads are terrible. This could be the last interview anyone ever does with me.”

Fittingly, Viet Cong has an affinity for fearlessly plowing into uncharted territory. They make tense music for tense times. The band drags noise and a whole lot of anger into rock music, like its contemporaries Protomartyr, Sleaford Mods, and Eagulls — bands who don’t sound like they’ve spent ages plotting out a direct route to radio. Even if you’re a huge fan of post-punk psychedelia, it’s difficult not to get suspicious about some of the psychedelic revivalists in rock at the moment. They’re all perfectly pleasant, but to meticulously re-create the past feels a little bit odd, especially when you’re trying to resuscitate a genre that felt cutting edge 50 years ago. It seems antithetical to call yourself “mod” if you’re dressing up like it’s 1963. 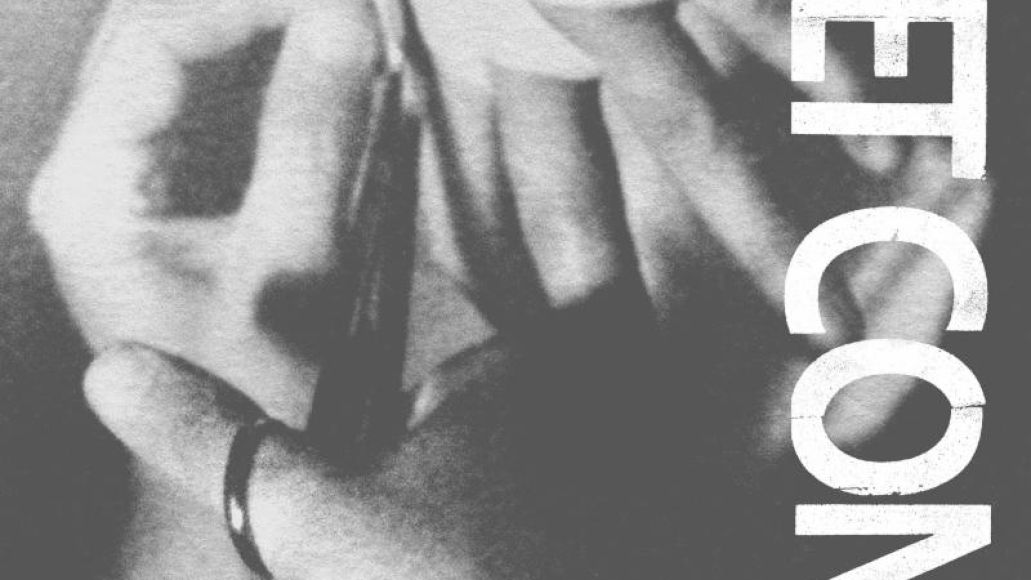 But Viet Cong surges through those reference points of post-punk, alt-rock, and mod-psychedelia with a keen understanding of noise. That is the precise area where they seem poised to nudge ahead of their peers. Moments of bleakness are followed by warped, thrashing blasts of white noise that build to a fantastic climax. You could writhe around in a pit to Viet Cong if you wanted. I only feel moderately ashamed to admit that some of their songs about passive-aggressive revenge put a spring in my step, like “March of Progress”, a song that makes me want to jump on a trampoline. (When it’s over, I have to listen to a track like “Death” on repeat just to return the world to its natural order.)

Throughout their new self-titled, seven-track debut record, the band pogo into and out of mood swings. They’re never blunted by the familiarity of their sound, but they still adhere to a certain degree of structure. It isn’t total anarchy.

But at its root, this type of music is not straightforward. The arrangement of songs is dense and subtle — a trick to pull off — and the only way to understand why there’s a layer of opaqueness hovering over the record, and a level of discomfort when Flegel shares his thoughts about it, is to consider its context.

Having exhausted their potential, Flegel’s previous outlet Women disbanded in 2011 during a crunchy mid-show feud between him and his brother Pat. “I don’t think I thought about it after, like, ‘Oh, I’m gonna call them and try and get the band back on the road,'” he says. “It was done.” It wasn’t just that bust-up that silenced the band, though; the untimely death of guitarist Christopher Reimer at the age of 26 one year later marked Women’s official end. “Even if we wanted to, we couldn’t have carried on,” Flegel explains. The topic still sounds like it’s a raw one, but he attempts to sound unfazed. “That was definitely the nail in the coffin,” he says, “which is a terrible thing to say, but whatever.”

He wasted little time and went on to form Viet Cong with Scott “Monty” Munro (a fellow member of Chad VanGaalen’s touring band), ex-Women member Michael Wallace, and Danny Christiansen. This is a new band with a clean slate, but its backstory still hangs there like a black cloud. “People always say, ‘Oh, Chris died and you started Viet Cong.’ I don’t know if that’s the case, but it definitely helped, because music is a healing thing for me.

“I’m not the darkest person, maybe because I have an outlet to throw all these things into.”

We ask everything of music. We ask it to be anarchic. We ask it to be the glue that binds bands and their audiences together. But the connection between music and listener sometimes needs to be loosened after a tragedy. “Some of the subject matter is very real, but I don’t necessarily want to tell you which parts,” Flegel admits. “I’m getting better at off-the-cuff writing, but when it comes to the structure and the lyrics, a lot of my time goes into it. It’s what I’m most comfortable doing with my time.”

Fegel’s first foray to the front of the stage is poetic and poignant. His vocals sound like they’re at the edge of panic, cloaked with an incredible sense of unease. He channels the dark spirit of post-punk with an intensity that sounds modern, not parodied or stale. But it was never his dream to become this kind of vessel for a band. “At the start, it was because no one else wanted to do it!” he says. “But now I’m comfortable in that role and trying to embrace it. I’ve never had to sing my own words, but I think it makes it easier if you’re singing something that you wrote.”

The lyrics to “Silhouette”, the second to last track on the album, seem to offer a direct rebuttal to existence itself. The repeated words “relay, reply, react, and reset” leave only the barest shards for a listener to grab hold of. Flegel denies it’s their newfound mantra, but when asked what the hardest song to write was, he offers this one, though for a different reason: “There was a two-and-a-half-minute-long guitar solo in the middle of it. It was pretty ridiculous, and I’m glad it didn’t see the light of day.”

Elsewhere, on the triumphant “March of Progress”, Viet Cong wind together disparate elements, wringing them out like water from a towel. I wonder if their writing process is actually all “trial and error,” as he puts it, or if they start with a topic and then thread different styles and melodic patterns around it. Flegel pauses, then says, “That was one of the first songs that I had written after Women broke up. I knew I wanted it to be three parts; I almost wanted it to be like classical music where there is one idea and one concept, but three drastic transitions.”

It’s the way they color in the songs that makes them engaging and accessible. “It seems like it’s the most fully realized thing that I’ve had a part of so far in my life,” says Flegel. “I think that might just be an ego thing because it’s more my project.” But with him leading the way, there aren’t any band politics this time, and the dynamic is great but constantly changing. “We have a way that we do it, and it generally starts with me and Monty getting together and fleshing things out and then bringing the other guys in.” But Danny and Michael have been contributing a lot more lately, “like it’s become more of a band now than just me and Monty.”

The name Viet Cong suggests a band with a vendetta, but its real function is to satisfy its members’ collective need for a creative outlet and thwart any inner turmoil or overthinking. Touring was once the driving force behind Women, who aimed to perform for as many fans as possible, once racking up nearly 200 shows in under nine months. Viet Cong are primed for live listening, but for them to retain that drive, it has to be all or nothing. “It’s satisfying when you get to meet a lot of people and travel, but you’re living below the poverty line and you’re struggling to stay alive. You’re crammed inside a fuckin’ vehicle in a different city with the same four dudes!” says Flegel. “I don’t know why anyone does it.”

During our phone call, Flegel’s mouth is barely able to contain his spirit, which is entirely what you would expect from the frontman of Viet Cong. The band drifts between a miasma of opaque tension and creative satisfaction. The challenge is learning how to balance the two. He rationalizes out loud: “I feel like it’s musicians’ music. There are a lot of pop elements, but the people who play guitar will hear certain things and be like, ‘What the fuck are they doing there?’ And that’s something that I think is kinda cool.”

Viet Cong may not be an album that changes the world, but it could change how the people who made it are perceived in this world. And that seems like something worth fighting for.