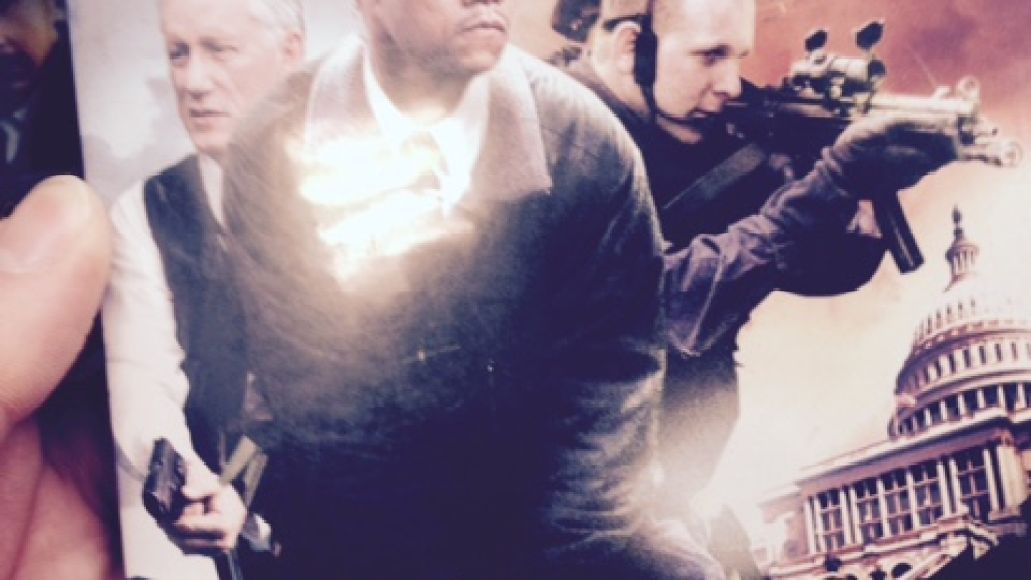 Found At: Tom Video, a charming, independently owned rental store, one of the last of its kind in Chicago.

Story: Cuba Gooding, Jr. plays Alex Thomas, a secret service agent assigned to protect the President of the United States. When the president is assassinated, Thomas falls into a deep depression before joining forces with an enterprising reporter (Angie Harmon) to uncover the conspiracy behind what appeared to be a one-man job. Shit goes boom.

Cast: Gooding, Jr. looks embarrassed, and who can blame him? He’s an Oscar winner for fuck’s sake, and the most electrifying his performance ever gets is when he dresses like Morpheus for no goddamned reason.

James Woods constantly looks like he’s fumbling his lines, which probably pissed the fuck out of Burt Reynolds, who, with his performance as cornpokey General Montgomery, finally gets to flaunt his Foghorn Leghorn impression. There are a few ringers, however: it’s always nice to see Benito Martinez, a reliably sharp actor who never got the career bump he should’ve after killing it on seven seasons of The Shield. And perennial heavy Peter Greene surfaces as, you guessed it, a glowering badass. Greene is clearly on cruise control, but his piercing eyes and angular bone structure always make him a gripping presence. Somebody put this dude in a Marvel movie.

Journey to the Bargain Bin: End Game was officially slated for a theatrical release, not a surprise when you consider Hollywood’s fixation on assassination films during G.W.’s second term. Like The Interpreter, Vantage Point, and Munich, End Game drowns in its funereal tone as it conveys the governmental distrust of post-9/11, pre-Obama America. So what went wrong? Well, End Game was attached to MGM during the Sony takeover, delaying its release well past its relevance and relegating it to a direct-to-DVD release. 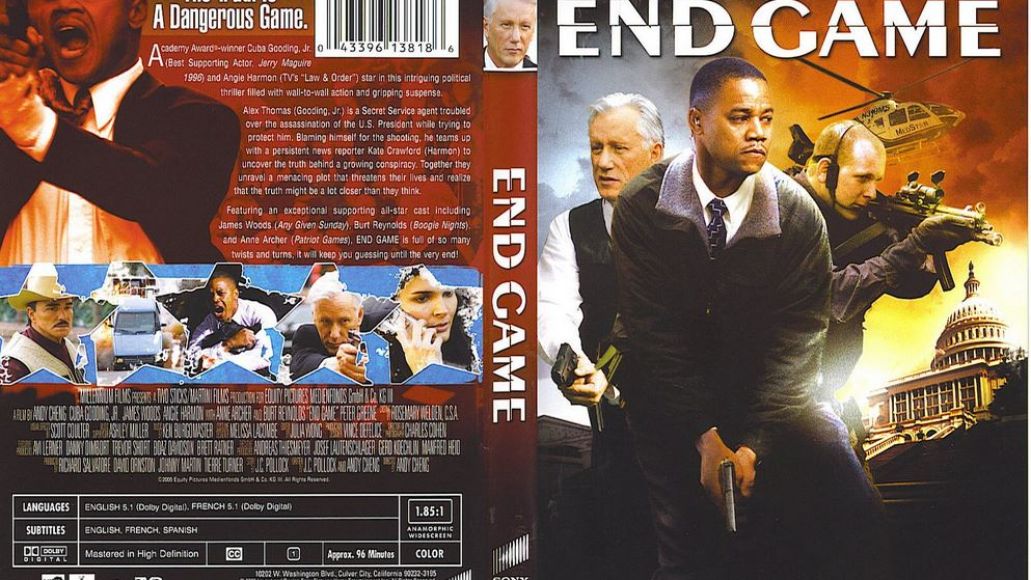 Lazy or Crazy? Films aren’t demoted to bargain bins for being good; they end up there because they’re too boring or too nutso to appeal to the general public. Until the end, End Game falls firmly into the former category — the characters are cardboard, the pacing sluggish, and the story a veritable snooze. But End Game’s final moments reveal itself to be as hilariously misogynistic as it is ignorant of political dealings. SPOILER ALERT: The President’s death wasn’t politically motivated at all. Rather, it was orchestrated by the First Lady, who found out the leader of our free nation was cheating on her. Women be crazy, amirite! lol *high five* *pounds beer* *falls asleep with hand in shorts*

Worth the Dive? Until the ending, I’d have said no. But $2 is a bargain for a revelation like that, which is played with the utmost seriousness by veteran actress Anne Archer. And, truth be told, director Andy Cheng, a former stuntman, is no slouch when it comes to pulpy action. He specializes in underwater sequences, and the submerged final fight between Gooding, Jr. and Greene was clearly choreographed by a steady hand. And the long shot of Greene’s body being swallowed by subterranean blackness? Genuinely haunting.