It’s not easy for a biopic to tackle a subject so famous he’s appeared as a character on The Simpsons. It’s even harder to illustrate the life of someone debilitated by an overwhelmingly personal illness. The Theory of Everything manages both with clarity and grace; released this year, the film traces the life of Stephen Hawking, the theoretical physicist who continues to battle ALS while deciphering the enigmas of time, space, and the edges of the universe.

The Theory of Everything adopts an unusual vantage on Hawking’s life. It’s not drawn from his writing, though he’s a bestselling author with books like A Brief History of Time. Screenwriter Anthony McCarten adapted the screenplay from the memoir of the scientist’s ex-wife, Jane Wilde Hawking. By choosing an oblique angle on a famous figure, director James Marsh crafted a nuanced and beautiful film from a story hidden in plain sight.

“The great man and his genius — that felt like a tired idea,” Marsh tells me during a phone interview. “If you look from the point of view of the wife, the carer, and her struggles and burdens, that perspective felt to me to be very interesting. In fact, the reason I wanted to do the film was its strong female point of view. She wasn’t just an accessory to the great man. She was an equal party in that relationship and enabled much of what Stephen was able to achieve by her self-sacrifice and her daily work.” 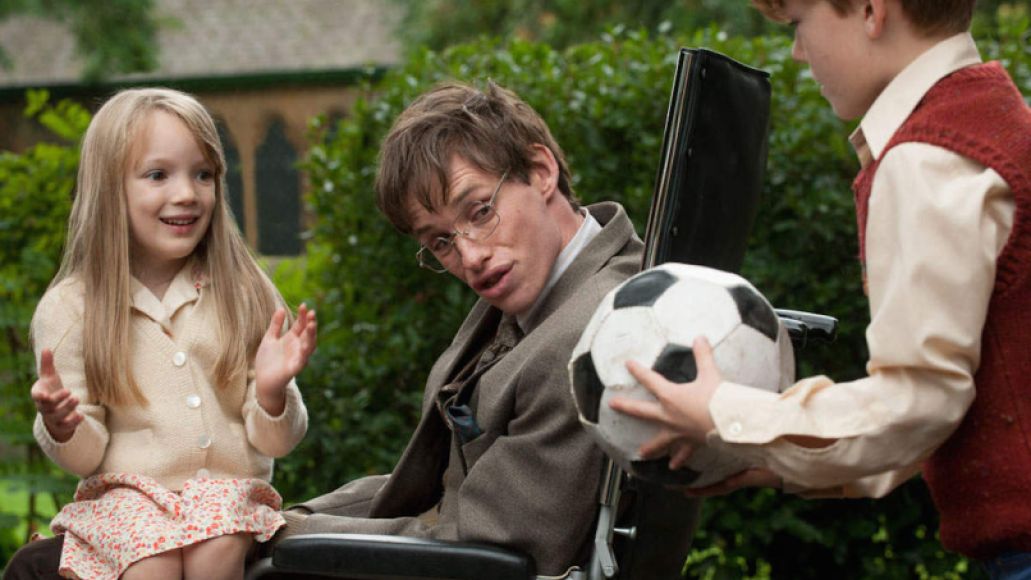 There’s a book out called Hawking Incorporated that examines the personal and technological networks that allow Hawking to thrive professionally despite his disability. While Hawking might be the most visible example of a present-day “cyborg,” his dependence on material systems only illuminates the social systems that sustain just about everyone else. Plenty of great men see their own biographies on the big screen. Few of their caretakers ever receive the same recognition.

The rareness of domestic stories about famous men attracted Marsh to Theory‘s screenplay. “Most people,” he says, “have some sense of who [Hawking] is and what his achievements are, not least because he’s an iconic figure with this awful disability and yet this brilliant scientific career where his mind transcends the limitations of his body. But to have Jane’s perspective, that was what drew me to it.”

Known for his documentaries — he directed the Acadamy Award-winning Man on Wire — Marsh applied certain strategies he learned from nonfiction filmmaking to scripted storytelling. Mostly, he gave his actors space. “What I like to do is to be really very free so that you don’t know quite what you’re going to see when you turn the cameras on,” he tells me. “You allow the actors quite a bit of freedom to make things happen in front of the camera and allow improvisation to happen. If a script is good, you can do that. The script was great, so we were able to be a bit more loose with it. What you want to do, like with a documentary, is to witness and observe things with the camera that are happening in a fairly spontaneous way. Both Felicity and Eddie loved that approach to the work, where there was a lot of freedom to move around on the set and to improvise if they wanted to.”

Felicity Jones and Eddie Redmayne play Jane and Stephen Hawking, respectively, and their performances are the heart of the film. It would have been easy enough for Redmayne to play Hawking’s disease instead of the man himself. Instead, he kept a vicious grip on the life of the character, his humor and pathos and struggle, even when his movement was reduced to just a few facial muscles. “The duality of the character was that the body was at war with the mind,” Marsh says. “The enemy becomes the body. Your own body rebels against you and refuses to do what you want it to do.” That’s no easy task for an actor, but Redmayne prepared for his role every day for four months straight. “What he had to do was internalize and have available to us different aspects of the illness, different stages of the illness. On any given day, he might be able-bodied, and then he might be in a wheelchair, and we were shooting that on the same date.”

Redmayne’s compassion for his character shines through the film. Though the work of bringing Hawking to the screen fell squarely on him, Marsh shot certain scenes in a way that helped make the antagonism of the disease more concrete. One shot traps Hawking on a stairwell, barred in by the railing, while his young son — still a toddler and already more mobile than his father — looks down from the top of the stairs. It’s a heartbreaking scene, and it’s composed solely of two characters and a well-used set.

Later in the film, when Hawking loses his ability to walk entirely, Marsh toyed with scale to give a sense of the world caving in on the character. He shot Redmayne sitting in two wheelchairs that were identical except for scale; one was bigger than the other and made Redmayne’s body look smaller than it actually was. “The way the camera worked, we’d get it to trap Stephen more and more,” explains Marsh. “He felt more and more like a prisoner. Once he gets to be more disabled, the wheelchair gets bigger around him. He shrinks into it.” 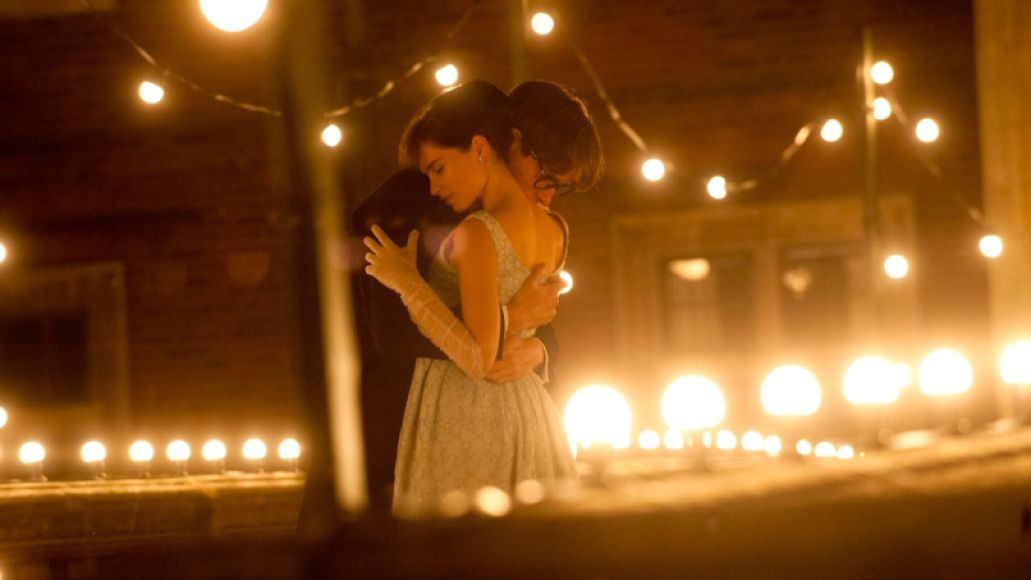 Though Hawking’s disease plays the primary villain in the film, his relationship to his own body isn’t the most central. The Theory of Everything is a love story first and foremost, and Redmayne’s chemistry with Jones drives the action. They play very different people: Stephen is a curious, awkward atheist, while Jane is a poised churchgoer. They fall in love while looking up at the stars — a symbol of God for Jane, and the celestial bodies that would go on to inform many of Stephen’s theories of gravity, time, and the universe’s beginning. Their awe comes from different worlds, but it brings them together into the same one.

At the film’s finale, Marsh reels back through its key scenes, winding back the clock to when Jane and Stephen first meet at a college party. It would be a difficult move to pull off in any other film, but Marsh seals it in. The characters evolve so gently throughout the story that you hardly notice the deterioration of Stephen’s body and marriage moment to moment. Then the movie flips the switch on time, and you see it all wind back to the beginning, the passing of time laid clear. A whole life can be determined by the instant of two people locking eyes. The Theory of Everything follows the life of one couple, but it aims for more than illustrating a biography. It aims a little closer to everything.

The Theory of Everything: An Interview with James Marsh