Although Aphex Twin made us wait 13 years for SYRO, he’s been extremely generous as of late. In just the last six months alone, he has released a treasure trove of music, including previously unheard mixes featuring his own six-year-old son, a 20-track synth album, and his latest EP, Computer Controlled Acoustic Instruments Pt. 2. The elusive producer, born Richard D. James, doesn’t look to be slowing down either, as many suspect he (or someone close to him) has been secretly uploading his unreleased demos to SoundCloud.

An anonymous SoundCloud user who simply goes by the name “user48736353001” has posted over 70 tracks in the last couple of days. According to a number of longtime fans, many of them bear a striking resemblance to the producer’s early work. Although James hasn’t confirmed their authenticity, former Aphex Twin collaborator Mike Paradinas seems to bolster this theory. The Planet Mu founder, who previously teamed up with James to release 1996’s Expert Knob Twiddlers under their Mike & Rich moniker, says he “recognized some tracks from James’ old tapes.”

In a stroke of pure trolling brilliance (or uncanny coincidence, depending on how you look at it), the first uploaded track “8 Utopia” is tagged as #likeearlyaphex and includes a description saying, “like early aphex but I’d never heard of him when I wrote all these tracks im going to be uploading.” Other tracks feature similar tags and notes. 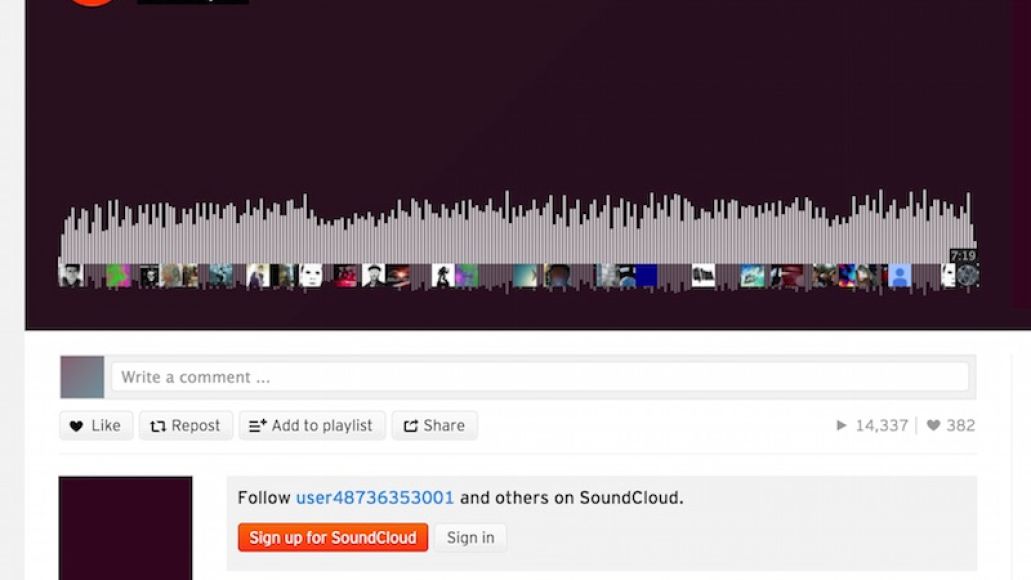 What’s more, the same “user48736353001” also had a brief interaction with Aphex Twin in the comments portion of Aphex Twin’s latest remix “Diskhat ALL Prepared1mixed [snr2mix]”. Below, see “James” speak to … himself: 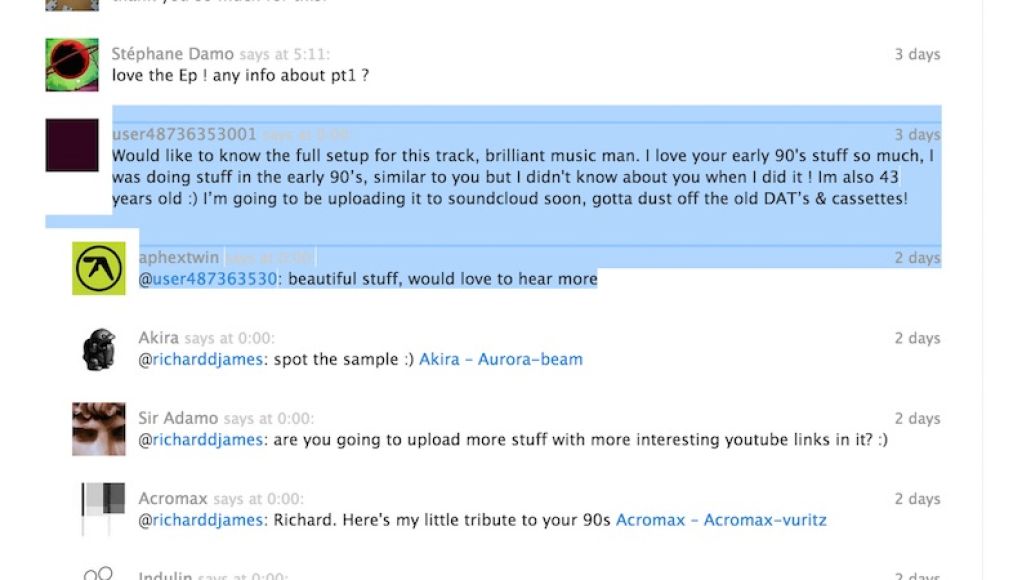 Bottom line: Many strongly believe the tracks belong to Aphex Twin, but don’t really expect him to ever come out and say it. Of course, if for some reason it isn’t Aphex Twin, well … there’s one mighty great producer out there just ripe for the picking.

Update – 1/29, 1:25 pm ET: The same user has uploaded more than 25 additional tracks in the last 24 hours. And, in an especially interesting twist of events, Aphex Twin himself just tweeted out a link to the SoundCloud account in question. While it’s not a direct admission of ownership, it seems pretty clear that he’s somehow affiliated with the songs.

Listen to a few of the demos below (some uploaded as recently as Thursday morning) and be sure to follow “James” on SoundCloud for more.