According to Kanye’s longtime friend and barber Ibn Jasper, the follow-up to 2013’s Yeezus is co-produced entirely by Paul McCartney. 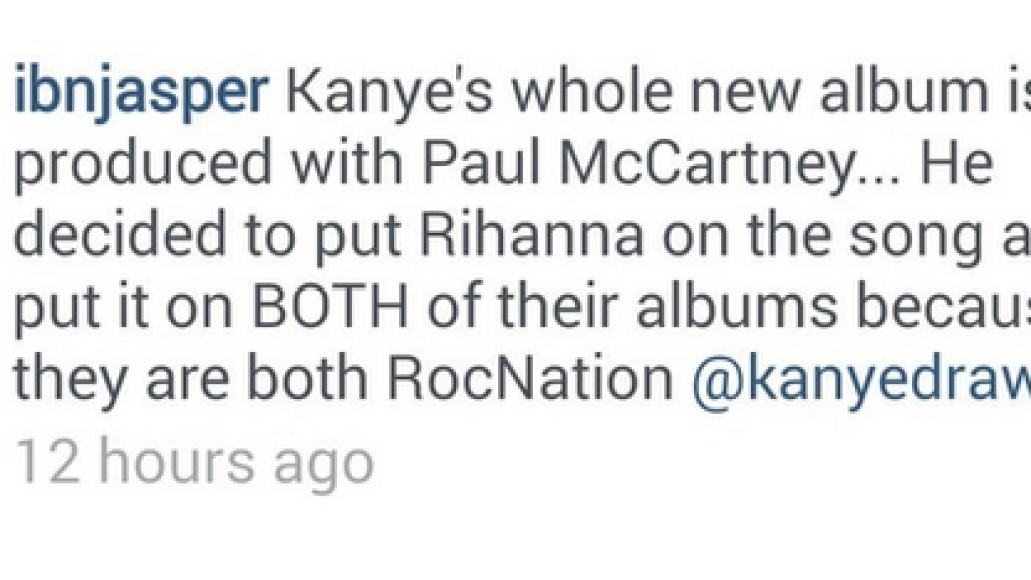 As for “FourFiveSeconds”, it’ll appear on both Kanye and Rihanna’s new albums.

There’s still no title or release date for the album. Presumably it’ll also feature the Kanye and McCartney collaboration “Only One”.

Update: According to Rolling Stone, a rep for West says McCartney did not co-produce all of West’s album.