For all the times I’ve seen Dr. Dog live, it struck me that I’ve never seen them in a real venue. They’ve always been a festival band to me. I knew they existed outside of the big ticket scene, sure, but as I watched them grow from playing Bonnaroo tents to becoming a Which Stage act, it never occurred to me to imagine them anywhere else. The Farm is where these Philly neo-psych rockers so clearly belonged — and what better time to crack that perception than during the band’s 4×4 eight-night stand in New York City as they revisited their personal favorite places to play.

Brooklyn’s Music Hall of Williamsburg turned out to be quite a perfect venue for the good Dr., particularly because it’s the antithesis of a Bonnaroo-sized show. With a capacity of about 550, it hits a sweet spot between being big enough to not feel like a crowded club and small enough to provide a level of intimacy (which would translate here to communality). On the other hand, the limited ticket availability led to a sellout (as did the previous and subsequent nights’ performances), which in turn led to many fans turning to Craigslist and other resellers. If there was one blight on an otherwise joyful occasion, it was the disappointing number of folks turned away at the door with fake tickets. While some were willing to double down and buy one of the handful of tickets saved for door sales, many left disgruntled. 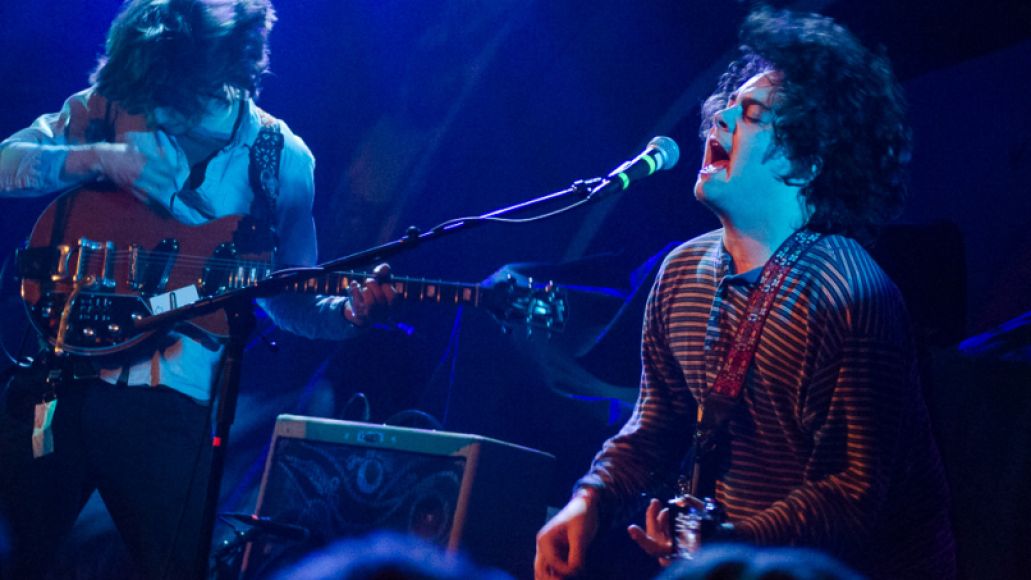 But that’s neither here nor there, as it’s not the band’s or venue’s (or fans’, really) fault. Those who did make it in were treated to a grand opener in The Districts. Finding the heretofore unheard-of space between the evening’s headliners and Manchester Orchestra, the band tore into a substantial setlist to greet the crowd. Though it’s hard to say how many audience members had heard of these CoSigned rockers prior (there certainly were a few folks singing along and raising fists), no one was standing still by the time they hit “Long Distance” as their fourth number.

It’s always a good time watching a young band make a splash, and they don’t get much younger than The Districts. Sure, they’ve been around for a minute (their sophomore LP, A Flourish and a Spoil, is out February 10th), but these guys are still so young, most barely legally allowed to drink. That could be why they’re able to throw so much into their live show. Frontman Rob Grote, bent before his angled mic, drew the most attention as he sang out in that clear-eyed rasp of his, losing himself in the music as the band delivered “Rocking Chair”, one of the best songs of last year. (Ironically, you could barely understand his mumblings when he addressed the crowd.) Even Dr. Dog had to admit The Districts killed it, with Scott McMicken praising their hometown compatriots for doing so much with their sound and style so soon into their career. 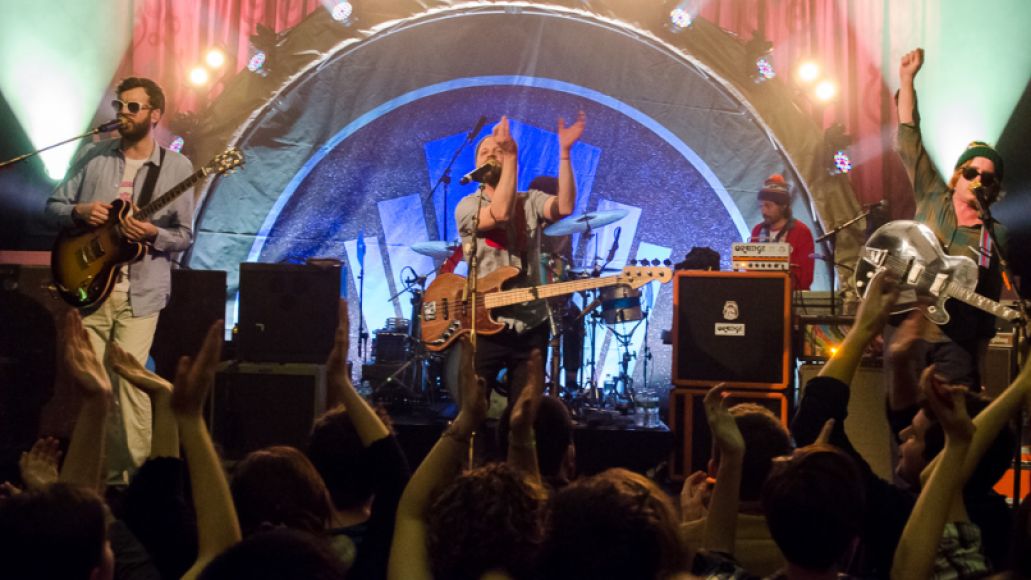 While The Districts will be a fun act to watch grow and gain support, Dr. Dog proved to be more like watching a family reunion. Everyone knew every song, singing along and cheering at nearly every opening note. You could feel it right from the beginning, as the smell of fresh marijuana filled the air as soon as they began “The Old Days”, the chorus bringing out calls from throughout the venue. Besides the eau de pot, that’s not something I’d experienced quite so thoroughly the past times I’d seen the band. I’m sure that had I been closer to the stages at their festival appearances, I’d have heard something similar, but it still wouldn’t have perfused as much as it did at MHoW. I’ll reiterate the point: It really seemed everyone knew every word to every song.

“We have about 70 songs to pull from,” bassist/singer Toby Leaman said after Shame, Shame bonus track “Take Me into Town”, “so we’re gonna try to do all of them.” Of course, he meant over the span of their eight nights in town and not the one show, but the fact that they were placing deeper cuts like “Take Me into Town” and “Ain’t It Strange” right alongside hits like B-Room’s “Broken Heart” and crowd favorite Architecture in Helsinki cover “Heart It Races” and each one received some sort of warm acknowledgment from the audience just shows how strong their fanbase really is. 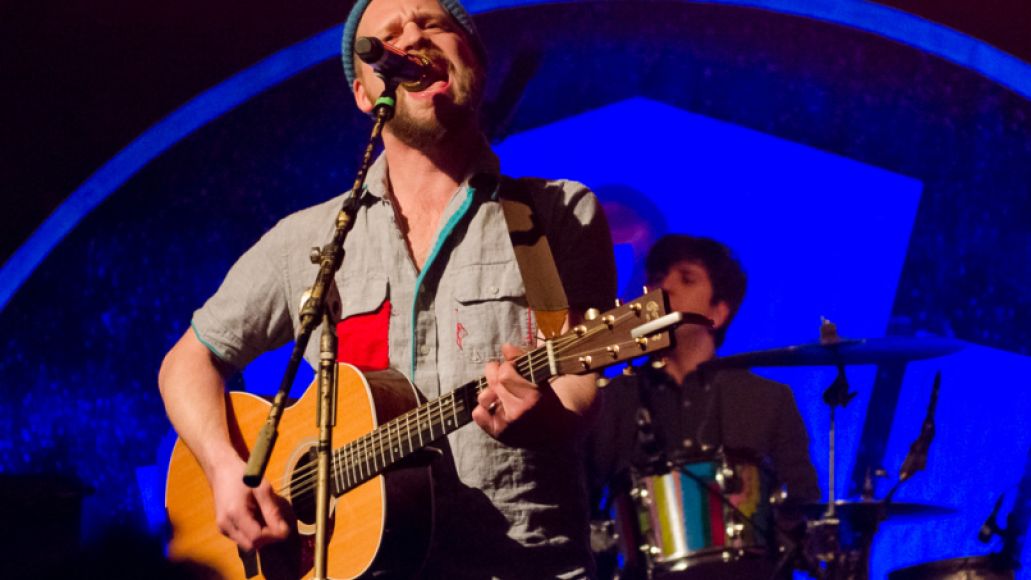 “Heavy Light”, off Be the Void, may have demonstrated their ability to capture the crowd best. One second the track was a rocking-out sing-along, and the next it locked you into a swaying, psychedelic groove. Then it all built and ruptured again, a ride of a song that brought the venue’s energy up to new heights. Other highlights included McMicken’s neo-soul opening to “I Only Wear Blue”, Leaman playing “That Old Black Hole” while standing on the barricade and facing his bandmates, and his flamboyant arm waves during “Lonesome” and subsequent crowd-surfing.

Besides the female guitarist during “Heart It Races”, the Dog had another special guest in the form of Delicate Steve’s Steve Marion. The Jersey guitarist came out to jam along with the band at the end of their set, each member slinking off until it was just Marion and drummer Eric Slick toying around on stage. They traded riffs in a goofy display of musical aptitude before the full band returned for the first of two encores. 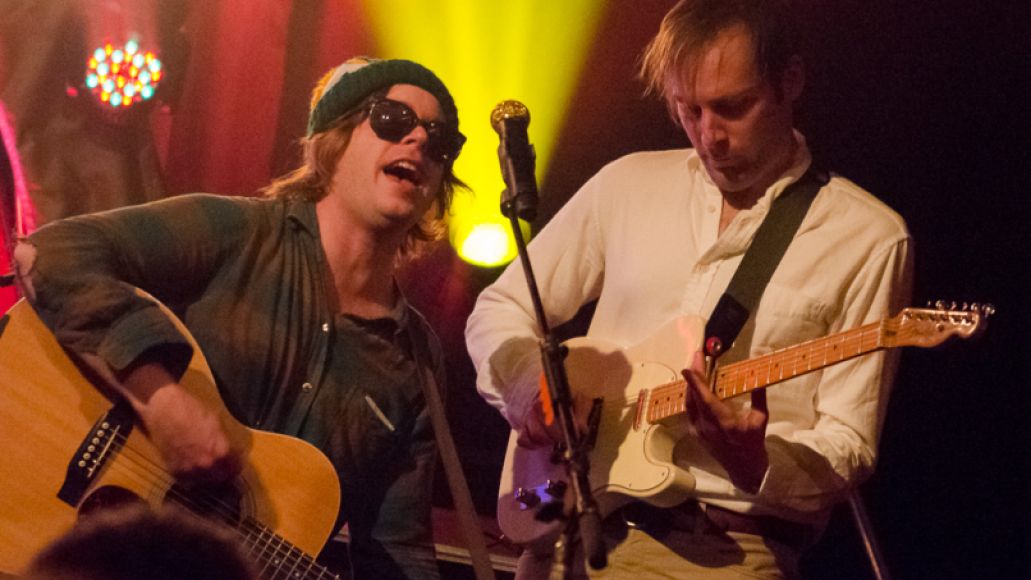 The four-song finale opening with “The Truth” and closing the evening with “Jackie Wants a Black Eye” was a breathless way to finish what had been a lengthy set that ran all the bases Dr. Dog has to offer. Still, I think the closer of the first encore (if we can call it that; the post-Delicate Steve appearance, if not), “We All Belong”, best represented the evening as a whole. At an event like Bonnaroo, the best you can get are massive sing-alongs like “Tiny Dancer” last year or “Hey Jude” the year prior. You’re never going to get that there with a band like Dr. Dog; the audience is too large, too full of casual listeners and attracted passers-by. That’s not a bad thing — far from it, really. But for a band like Dr. Dog, a band that’s made a name for themselves with their live shows, there’s nothing better than 500 of the band’s closest friends and extended family together in a room singing out, “We all belong, we all belong!” 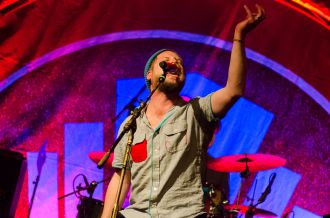 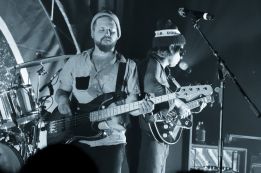 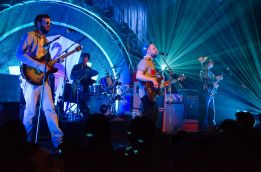 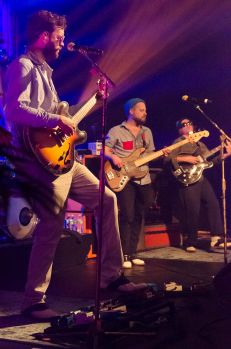 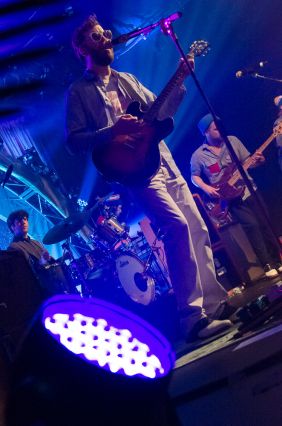 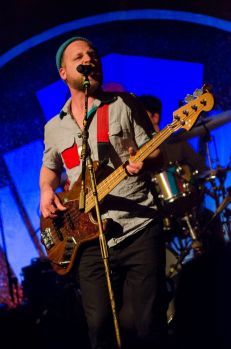 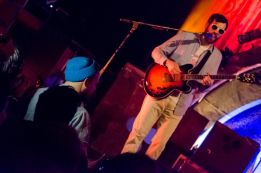 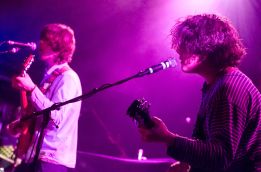