The crowd out-powered the PA as Marilyn Manson made his entrance. No one rushed to the front, no one pushed people aside, but instead, a majority lifted their cell phones in the air to capture a photo of the faces in the fog on their cell phones.

That is, until they started playing.

When the band hit, the lights commanded your attention, giving the gut punch needed to put away the phones and say, “Yes, this is a big rock show.” The first song, “Deep Six”, started with a white blanket that eventually became covered in blood red and swirled to green. Don’t get the impression that it was too coordinated or too loose: the visuals were more akin to Nine Inch Nail’s “Wave Goodbye” tour than their entirely choreographed “Lights in the Sky” tour. (Consider it halfway between turning on a smog machine and letting it run wild and the 90s’ WWF intro for Kane.) The staging was more smoke and mirrors and the feel of ghosts rather than the jolt of the scare. They were sometimes sloppy, often mesmerizing, but always pleasing. 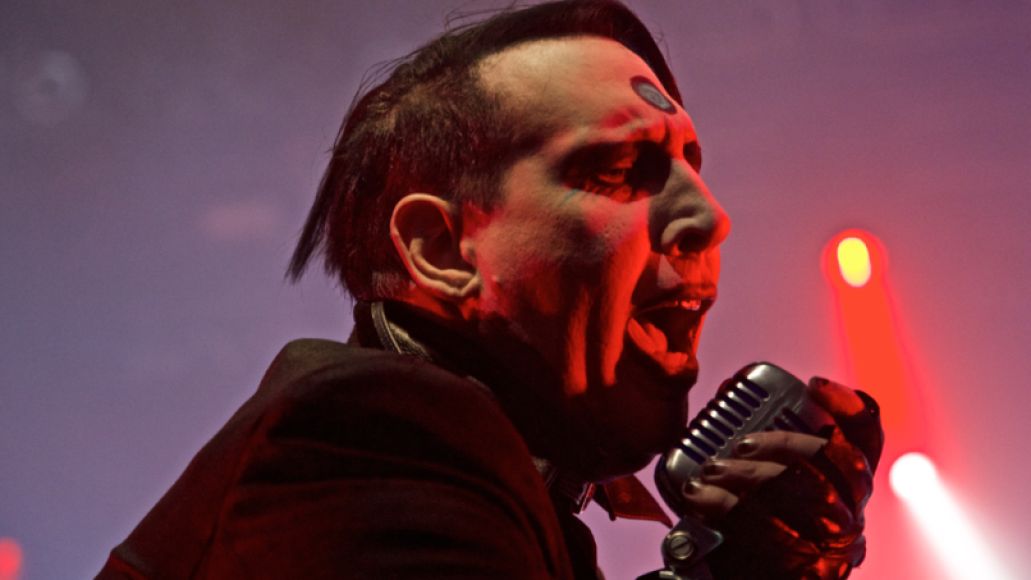 Throughout the night, Manson lurched around, broodingly throwing his arms and legs as if they were barely attached to his body over a setlist that largely ignored the opuses critics have panned. (I can’t say that bothered me too much, but it was still a surprise to see any artist overlook more than one album entirely.) He used stage props, both obvious and subtle, to show his dark side: he used multiple microphones, one with a knuckle grip and another with a knife at the bottom, that he used to mangle a tambourine for tossing it into the audience.

It was imminently clear that Manson’s singing voice has weakened slightly with age, but in an odd twist, his screams were actually more powerful than ever before. Maybe it was a side effect of pushing his throat beyond its natural limit, but when he sang like a bloodthirsty vampire, he was effective, but as a talented vocalist, he did fall short.

The band never missed a beat or a step unless their commander told them to – they intentionally false-started “Cupid Carries A Gun” because he felt the audience wasn’t into it enough. Practically everyone fell into his hand; his voice carried like a southern preacher regaling past exorcisms as he launched into dialogue between most songs and blended truth with fiction, intelligence with hyperbole, and image with reality. “One thing I learned in rehab: Fuck Jesus.” “You are what you are, not what people say you are… unless you’re dead.” 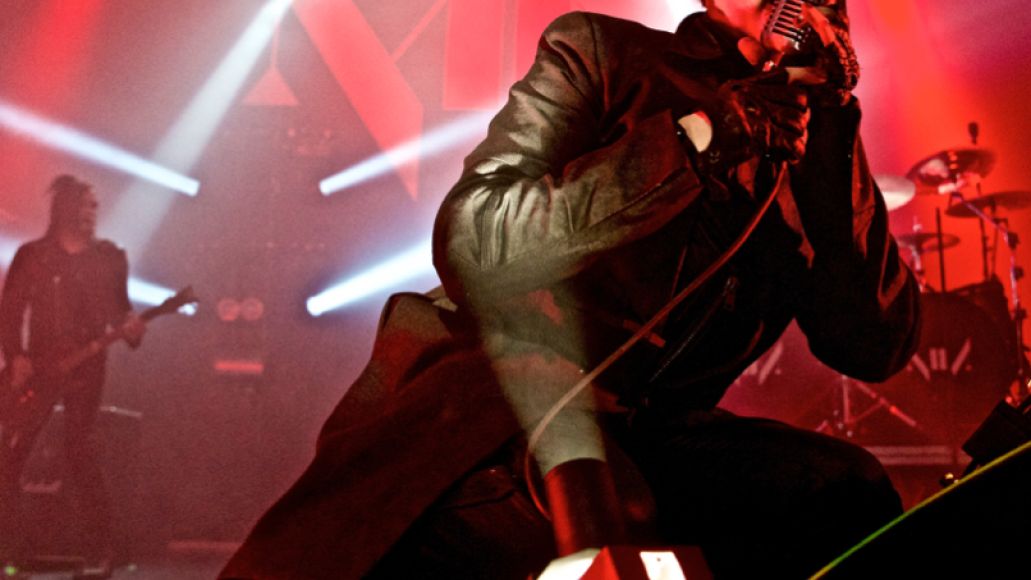 Manson told the audience that Kerrang was there to review the show, and then proceeded to threaten the unknown writer to give it three Ks. (Whether that was a play on the Ku Klux Klan or an unawareness that their perfect score is five Ks is anyone’s guess.) But shortly after, before a calmer number, he put on his clear glasses, explaining that he “want[ed] see the greatest rock band in the world,” and introduced each of his band members. Twiggy Ramirez seemed more like a brother than a bandmate, one of the few to move to center stage when the frontman would duck into the crowd, and multiple times the two would slither their arms around the other in an image that half seemed like a friendly hug and half seemed like they were two snakes in a dangerous entanglement.

After the set ended, Manson returned for the first encore in a different leather getup that made him look like an evil comic book character from the ’30s. For the second encore, he came out in a white shirt doused in blood before performing “Coma White” as ash fell from the ceiling on his lone spotlight. That’s the easiest way to remember him: deranged, alone, and pushing his raw voice to its limit. After cutting out the fat, both literally from his body in the past few months and figuratively in his song selection, and playing the muscle of his new music, it might be the best way to remember him, too. 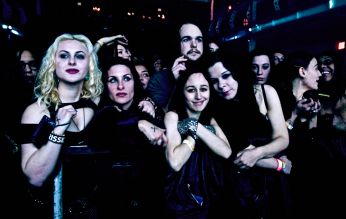 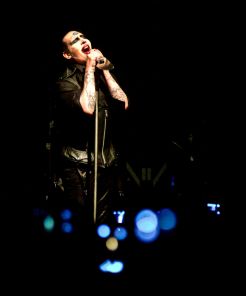 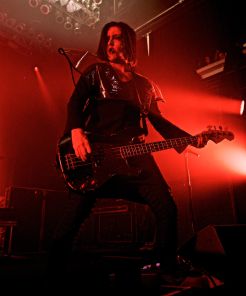 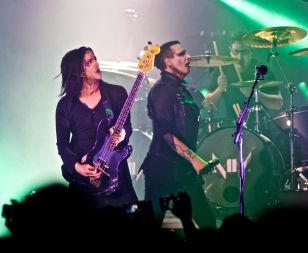 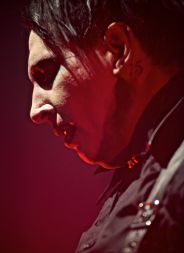 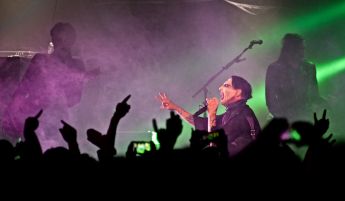 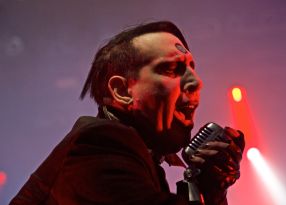 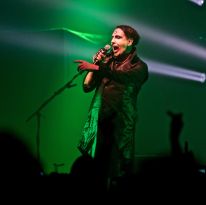