I would not want to fight Patti Smith. This is what I thought, standing towards the back of a sell-out crowd at the legendary Fillmore in San Francisco, watching a women who had just turned 68 power through “Pumping (My Heart)” with the same fire and gusto she had brought to it in 1976. Class was in session on Friday night as Smith tore through a setlist that spanned her 40-year career for a crowd as varied and eclectic as her own sound. She snarled lyrics and thrashed her silver hair across the stage. Patti Smith is living proof that punk doesn’t age.

Not every song was a thrasher, and between some of the quieter numbers Smith treated the audience to stories from the road. One of the non-musical high points of the evening came in the form of her Bob Dylan impression, which was comically exaggerated and entirely amazing. Other topics of discussion included her story of meeting Peter Sarsgaard at the Golden Globes, on whom she has a “big crush,” and the time she had been changing next to a building and Jerry Garcia told a couple of Hell’s Angels to “get the little lady a trailer.” She spoke of her past with a wistful fondness that explained why, so many years into her landmark career, she was still game for a three-night residency at the Fillmore. 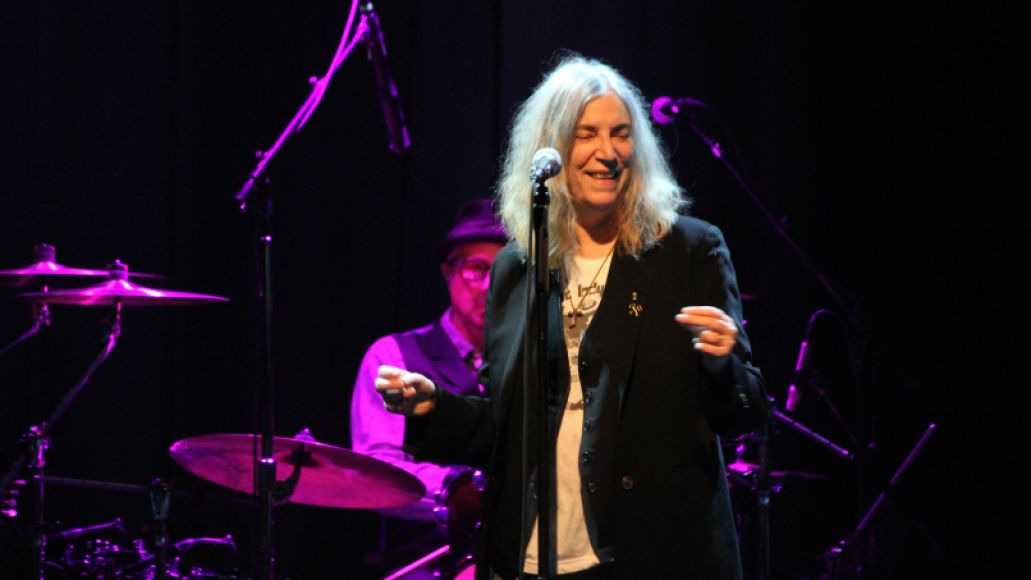 Deep into the night, a haunting banjo led into a surprisingly fragile cover of Nirvana’s “Smells Like Teen Spirit”. The song found new life in the slow, brooding pacing of Smith’s band, lead by her longtime lead guitarist Lenny Kaye. Covers can often be an exercise in fan indulgence, but Smith’s relationship to music is exemplified in her appetite to sing the words of her peers and predecessors. Hearing the lyrics to Nirvana’s seminal single spoken as a cautious, dark melody was like seeing the reverse image of a photograph.

Earlier in the evening, Smith had covered “The Stable Song” by Gregory Alan Isakov and commented after the song had ended on how she accidentally found the song on “the Youtube” while searching for Christmas music. She referenced the lyric “Now I’ve been crazy couldn’t you tell/ I threw stones at the stars, but the whole sky fell” and asked the crowd, “I mean, how beautiful is that?” Standing in the crowd, it was hard not to catch Smith’s infectious enthusiasm for music. 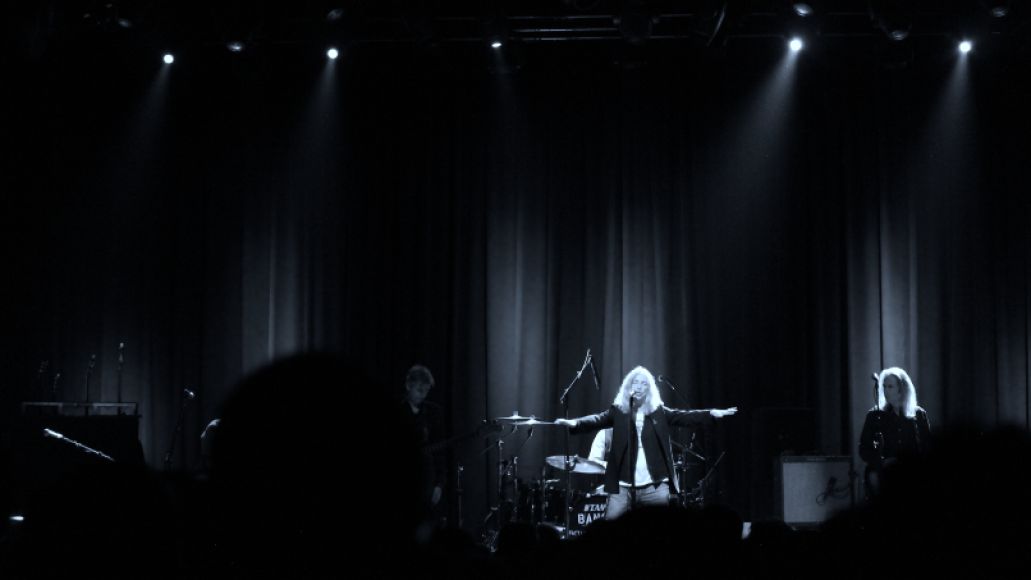 Of course the loudest response was reserved for her own work, from the sprawling come-to-arms stomper “People Have the Power” to the sweet exuberance of “Because the Night”. Smith’s setlist touched on all of her records but featured only one song from Horses. She explained to a distraught fan begging for “Gloria” that “the horses were in their stables for now.” She did make sure to remind the audience that this November would mark the 40th anniversary of Horses and that she would make sure she came back around.

The evening wasn’t without its odd moments, like Smith’s improvised song about the Chanel boots she wore to the Golden Globes or the complete meltdown of the band’s equipment during the final song of the encore. “I don’t know what the fuck happened,” Smith confessed. The evening was in many ways a confession – Smith sharing herself with a receptive crowd. And while I don’t claim to know what happened to the band’s gear at the end of the night, I do have a theory. I’m pretty sure Smith and her band rocked their instruments to death. As far as I’m concerned, that’s a pretty badass way to go. 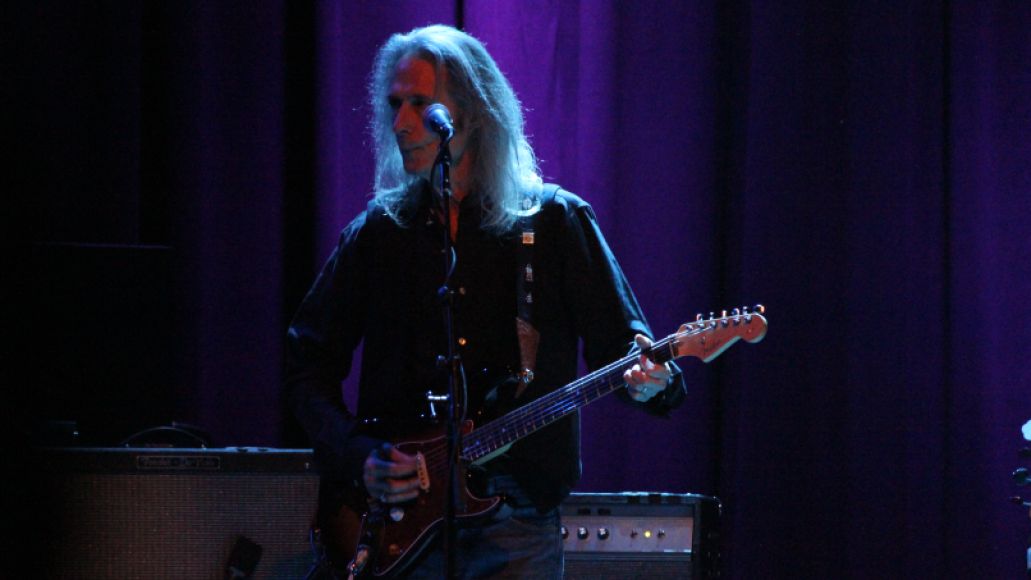