It’s official: Tame Impala is set to release a new album sometime this year. The LP will serve as the long-awaited follow-up to 2012’s Lonerism.

The album news was quietly announced today via an email sent out by Spinning Top Music, a management company/label that handles the Aussie indie rock outfit, as well as its offshoot Pond. Check out a screenshot of said email below. 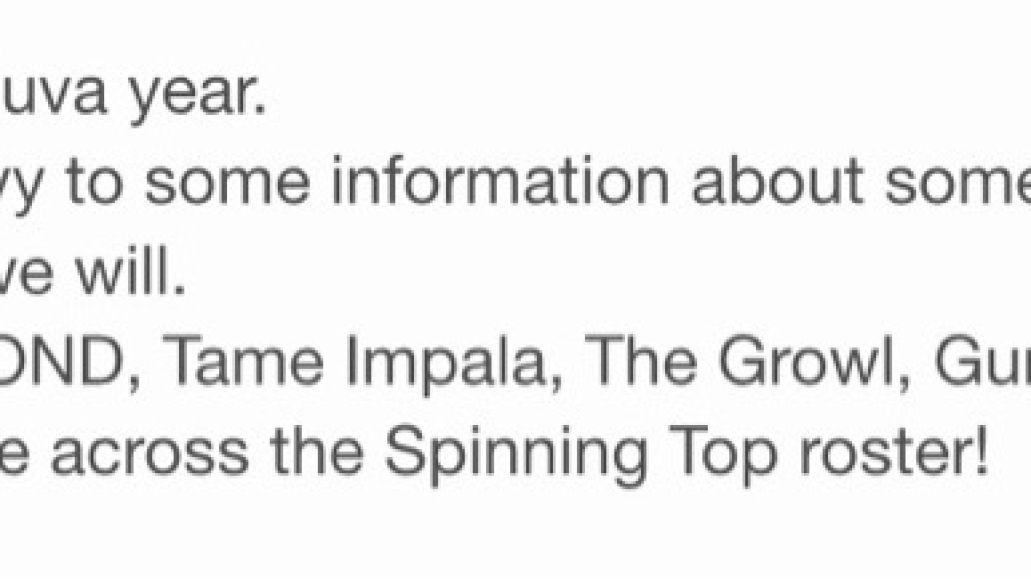 With the exception of a Kendrick Lamar collaboration, two live EPs, Live Versions and Peace and Paranoia, and a few random covers, Tame Impala hasn’t done much in the way of release new music in over two years. However, that hasn’t stopped frontman Kevin Parker from exploring other projects, most recently teaming up with producer Mark Ronson.