When the first minutes of the new year are soundtracked by Kanye West and Paul McCartney collaborating on an honest-to-god ballad, you know it’s going to be a weird one. Five days in, 2015 is positively strewn with our hopes and dreams. Some tremendous comebacks are already locked in: Sleater-Kinney’s set to release their new one in just a couple weeks, and the Decemberists are finally back from hiatus. Others, like Grimes and Frank Ocean, remain murky. But with new Kanye, new Kendrick, and new Radiohead on the horizon, who says we can’t be hopeful? 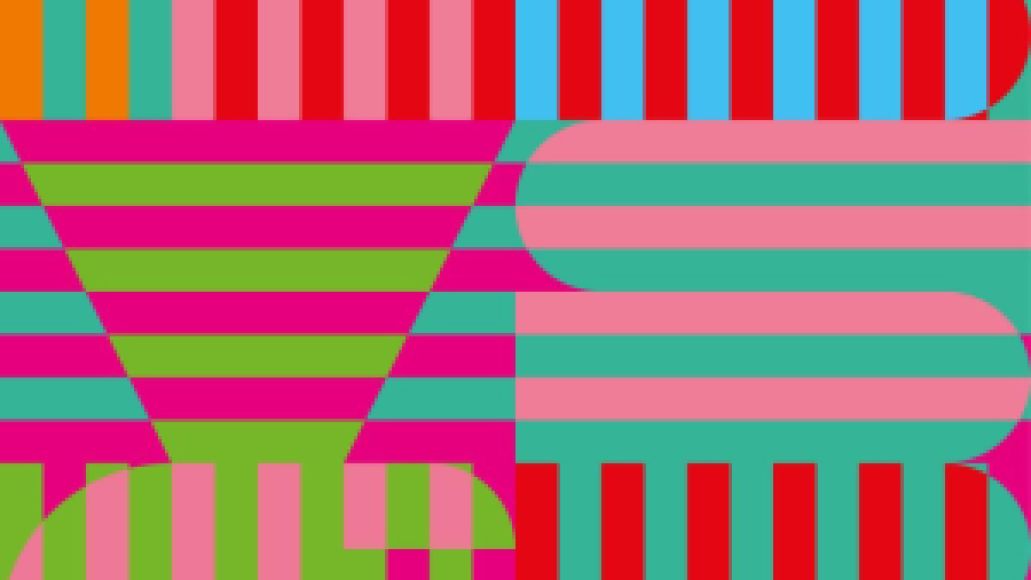 Why We’re Excited: Animal Collective’s Noah Lennox, aka Panda Bear, always seems to find a new tunnel into the psychedelia of the subconscious. His brand new solo full-length already feels heady with a title like Panda Bear Meets the Grim Reaper, but the beautiful packaging suggests it could match his 2011 LP, Tomboy. The crisscrossing of pink and green lettering unfolds like an intricate envelope, showcasing the innards of Lennox’s bright vision of death.

We’ve already heard “Mr. Noah” and the rest of his surprise new EP. The three non-album B-sides show a hazy side of Panda Bear where anxious thoughts and jovial singing swim around in a hurry while managing to feel relaxing, too. We can only imagine what songs like “Davy Jones’ Locker” and “Butcher Baker Candlestick Maker” might sound like, but it’s likely they’re just as trippy and dark as they sound. –Nina Corcoran 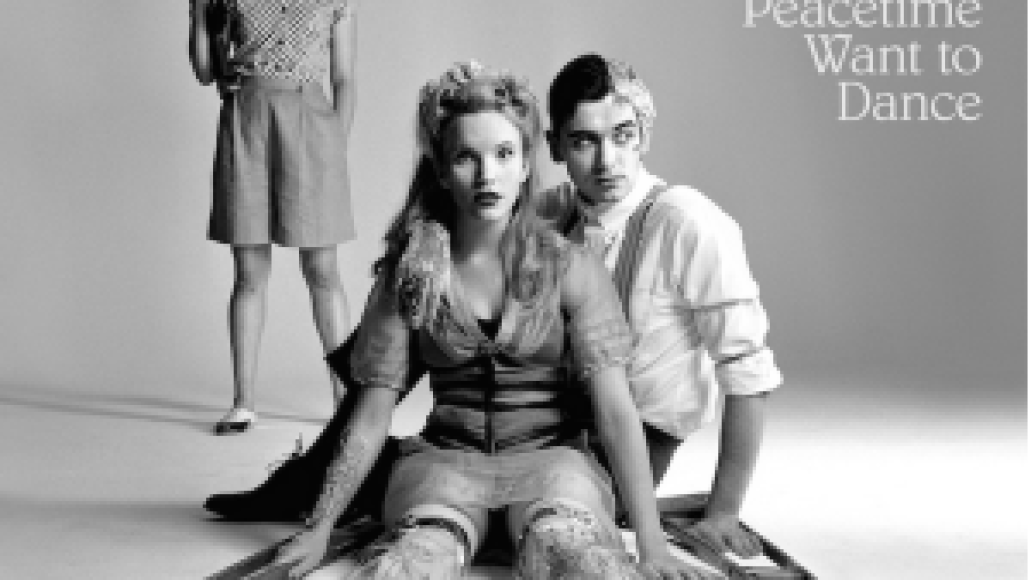 Belle and Sebastian – Girls in Peacetime Want to Dance

Why We’re Excited: After 18 years of pristinely crafted, airtight indie pop, Belle and Sebastian fans shouldn’t be blamed for thinking they’ve got the band’s sound pretty firmly under thumb. That only makes the impending release of the Scottish band’s ninth studio album all the more interesting. By all accounts, Girls in Peacetime Want to Dance will not be your typical Belle record. Frontman Stuart Murdoch, in a recent interview with The Guardian, said the record is indebted much more to synthpop, electronic music, and disco than anything the band’s ever done. He’s not kidding. The record’s lead single, “The Party Line”, ventures closer to Simple Minds than anything you’ll hear on classics like If You’re Feeling Sinister or The Boy with the Arab Strap. The only common thread is Murdoch’s fragile speak-sing whisper, but damn if it doesn’t sound good. Whether or not the band will be able to pull off the shift remains to be seen, but it promises to be an interesting listen. –Ryan Bray 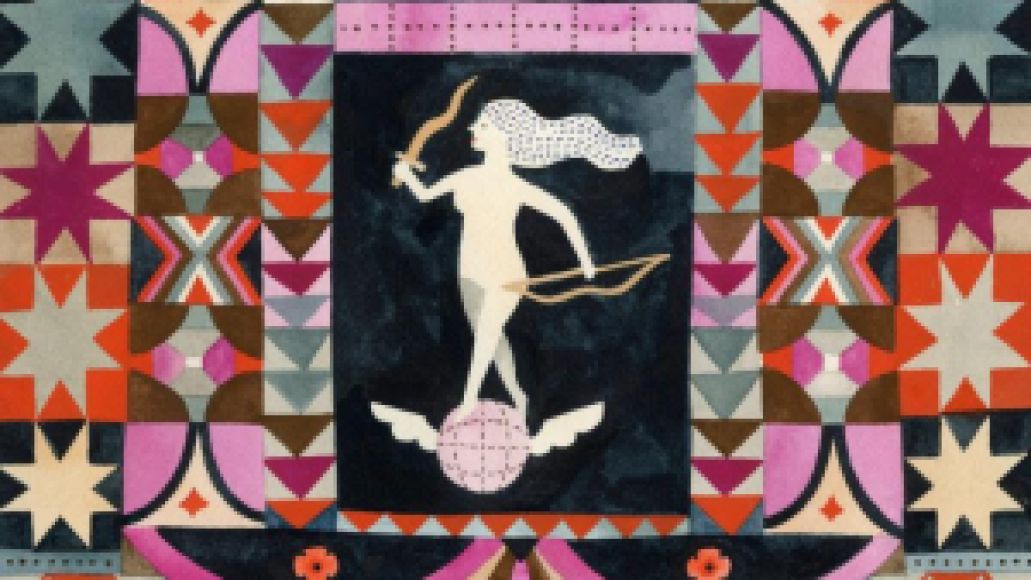 The Decemberists – What a Terrible World, What a Beautiful World

Why We’re Excited: It’s hard to believe that almost four years have passed since we last heard from Colin Meloy’s folk rock outfit The Decemberists. Following 2011’s The King Is Dead, Meloy and his bandmates took a well-earned break from touring and recording to focus on their families. According to the Portland singer-songwriter, this respite helped make their forthcoming LP, What a Terrible World, What a Beautiful World, more personal and introspective than the band’s extravagant, outlandish back catalog.

Channeling the “bewildering, conflicting feeling” of raising one’s children in a world brimming with both terror and transcendence, lead single “Make You Better” sounds simultaneously disillusioned (“But we’re not so starry-eyed anymore/ Like the perfect paramour you were in your letters”) and staunchly optimistic. Peppered with buoyant keyboard lines and beaming female harmonies, the fulsome arrangement of longtime producer Tucker Martine (Thao, Laura Veirs) perfectly frames Meloy’s reedy, steadfast voice. As the track reaches its final chorus, he belts his lyrics atop the rising instrumental tide with a sense of resilience and fortitude: “It’d make you better, ohh hohh!”  –Henry Hauser 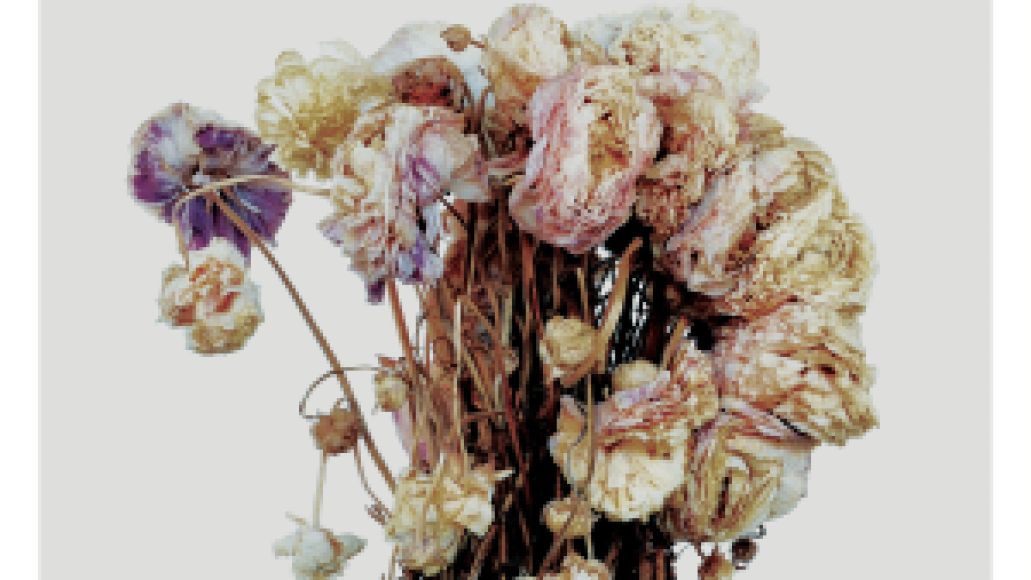 Sleater-Kinney – No Cities to Love

Why We’re Excited: With the release of the discography boxset Start Together in late 2014, the ladies of Sleater-Kinney seemed to close the chapter on their first 12 years as a band. It was an overdue retrospective, coming nearly a decade after their last album (2005’s The Woods), but it served as a reminder of just how vital Corin Tucker, Carrie Brownstein, and Janet Weiss sound when they’re locked in. And the thing is, they’re always locked in; there’s not a dud to be found among Sleater-Kinney’s first seven LPs, which vacillate between riot grrrl, indie rock, and power pop with righteous fury.

That’s one reason why we have high hopes for No Cities to Love. Another is the fact that the trio aren’t particularly interested in revisiting the past. They’ve referred to the reunion as “Sleater-Kinney 2.0,” and the lean, highly danceable lead single “Bury Our Friends” certainly suggests a new, more chorus-heavy direction. It’s not like the trio haven’t kept busy since breaking up, but damn it’s good to hear them back where they belong: playing in one of the 21st century’s most important rock bands. –Collin Brennan 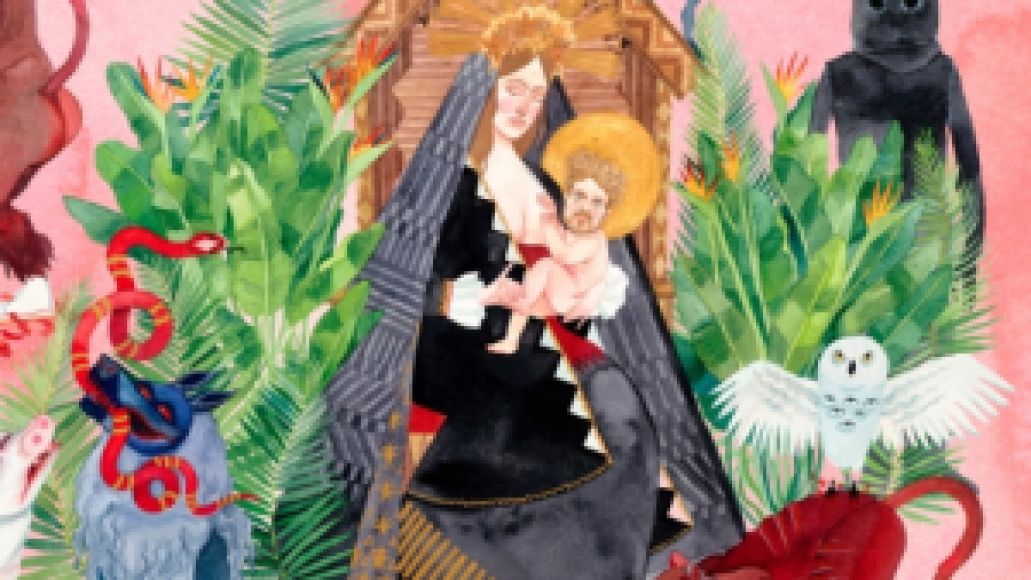 Why We’re Excited: Even through his lengthy, folk-flirting solo career and steady work with Fleet Foxes, J. Tillman admits he’s never really written a love song. He sought to rectify that very problem with I Love You, Honeybear, the second album under his Father John Misty moniker. Recorded over the last year or so alongside friend/producer Jonathan Wilson (who also helmed 2012’s Fear Fun), it’s a concept album in which FJM meets a woman named Emma who teaches him the virtues of “true liberation and sublime, unfettered creativity,” all while he tries to prevent his own “jealousy-fueled” self-destruction. Tillman himself has said the LP takes cues from solo-era John Lennon and Harry Nilsson, and based on singles like “Bored in the USA” and “Chateau Lobby #4 (In C for Two Virgins)”, it’s clear his idea of a love song comes utterly drenched with his trademark wit and healthy cynicism. –Chris Coplan 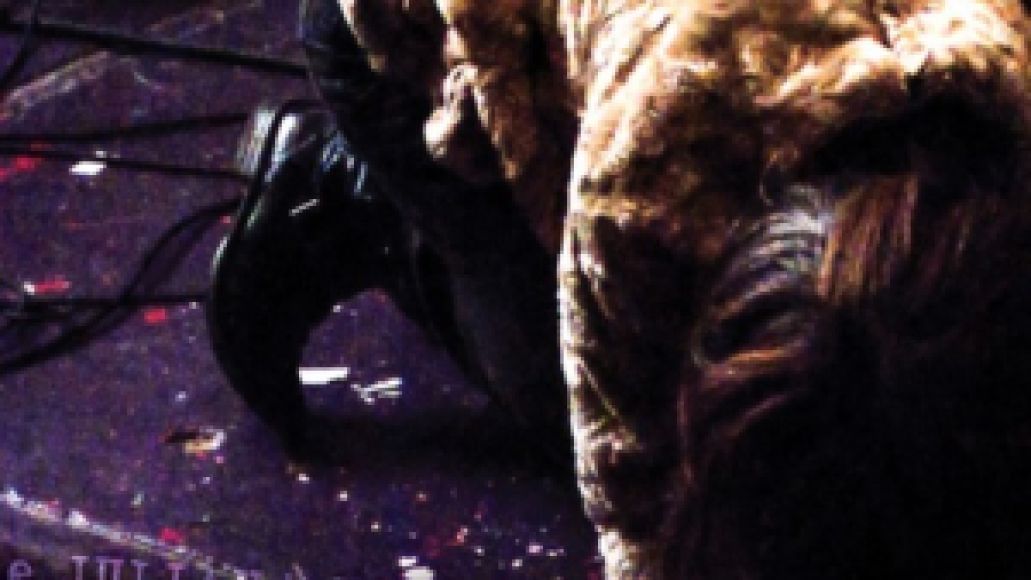 The Juliana Hatfield Three – Whatever, My Love

Why We’re Excited: While we did love Juliana Hatfield’s collaboration with Nada Surf’s Matthew Caws in Minor Alps, we’re far more stoked about her decision to reunite the Three. After all, it’s been 22 years since we first fell in love with the band’s debut album, Become What You Are, and given all the ’90s nostalgia as of late, it only makes sense that we can buy a ticket to hear “Addicted”, “For the Birds”, or “Supermodel”. But hey, we aren’t only getting a reunion tour but also a new album that was legit crowd-sourced by her fans. Based on new single “If I Could”, a reworking of a catchy old demo from years past, Whatever, My Love should offer the same rays of sunshine that bathed us in delight during the Clinton era. As Hatfield explained, “You know me and I don’t have to tell you that the whole album doesn’t sound like this — there are some raunchier rockers in there along with some other pretty things. We hope you love it all…” Fingers crossed. –Michael Roffman

Listen: “If I Could” 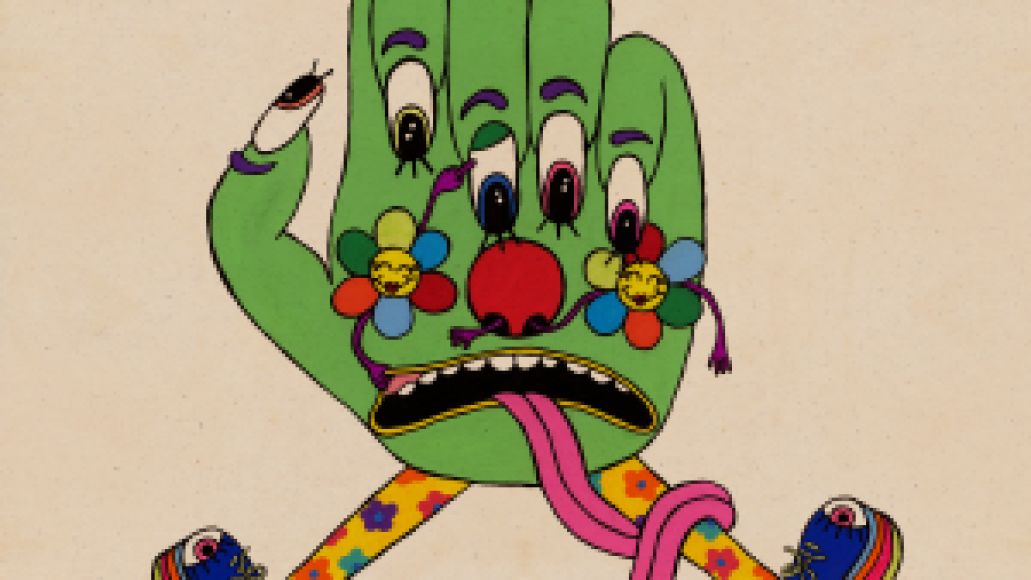 Why We’re Excited: Perpetual electronic underdog Dan Deacon tends to go big live, conjuring up a sort of theatrical magic for his audience that few performers ever get to fully grasp. Last year, while opening for Arcade Fire at stadiums and arenas nationwide, you could tell the Baltimore legend has been hungry for something more. That explains his latest self-produced album, Gliss Riffer, a juggernaut follow-up to his electric discography that goes big in exciting new ways. Now, most press releases oversell albums, but Deacon’s couldn’t be closer to the truth: “What Gliss Riffer shares with Spiderman of the Rings as a musical experience is a direct and ecstatic energy. [The album] trades in exuberant, uncontained fun that is tempered by lyrics that yearn and are set in defiance of life’s nagging anxiety. The bliss on this record is well-earned.” And also quite contagious. Songs like “Sheated Wings”, “Meme Generator”, and “Learning to Relax” are sugary slices of electronic madness that demand repeat listens. Maybe it’s a tad presumptious, but Gliss Riffer will likely be a year-end favorite for many critics and fans. –Michael Roffman 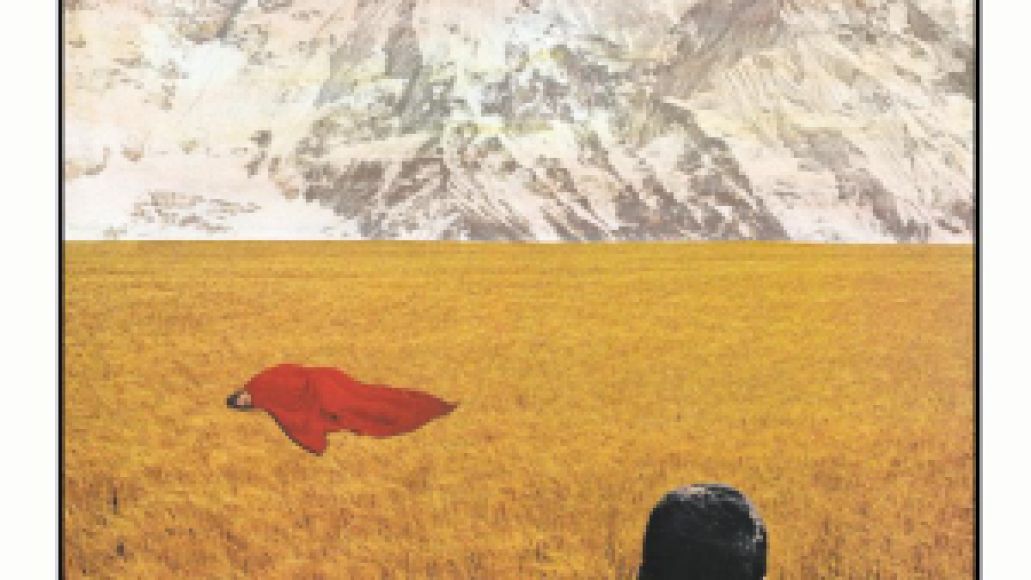 Lady Lamb the Beekeeper – After

Why We’re Excited: With 2013’s Ripley Pine, singer-songwriter Aly Spaltro, aka Lady Lamb the Beekeeper, took breathtakingly earnest emotions and wrapped them in a sheet of gorgeous melodies and poignant lyrics. For her sophomore effort, After, Spaltro reconvened with producer/collaborator Nadim Issa to somehow let the world in even further. The resulting 12-track LP puts on display her “most palpable fears and memories,” striking at the very core of her being with “ruminations on mortality, family, friendships, and leaving home.” Spaltro herself seems to be interested in removing the veil between herself and her audience entirely, sharing her deepest, most unassuming romantic ponderings on lead single “Billions of Eyes”. Yet that track’s garage rock influences and danceable rhythms prove that even as she lays utterly exposed, Spaltro is still a mighty and righteous performer brimming with rock star charisma. –Chris Coplan 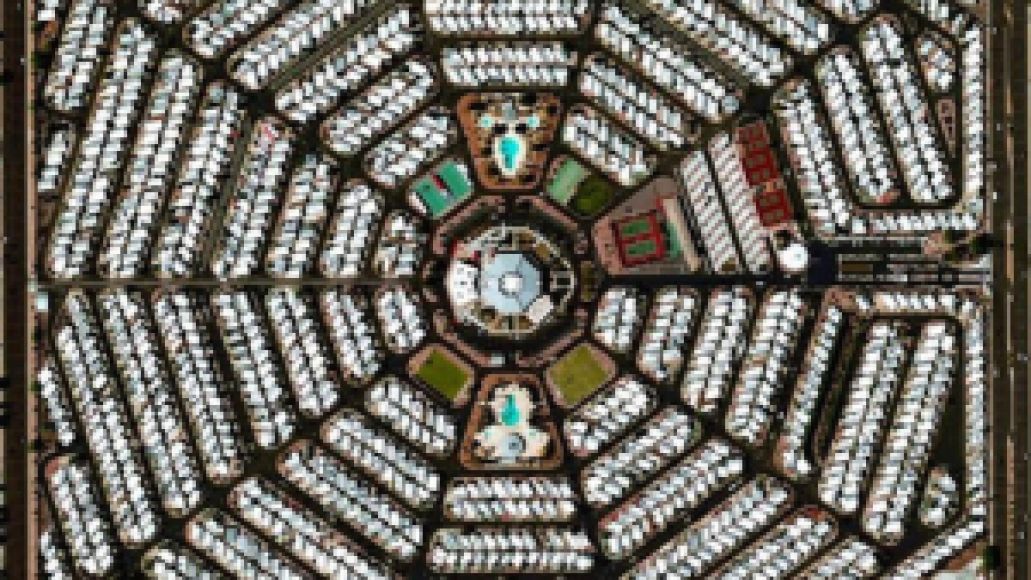 Modest Mouse – Strangers to Ourselves

Why We’re Excited: The name of frontman Isaac Brock’s record label, Glacial Pace, sums up the gestation of Modest Mouse’s sixth album all too well: It’s been eight years since the band that put Issaquah, Washington, on the map released We Were Dead Before the Ship Even Sank, their first (and, at least for now, last) with Smiths guitarist Johnny Marr. Inevitably, Strangers to Ourselves should be a refill of the idiosyncrasies the band brought to indie rock almost 20 years ago, even if the formula has been streamlined over the past 10: Brock’s vocal (fr)antics, incisive lyrics, and expressive guitars. It’s a 15-song double LP you can spend as much as $500 on if you’re into signed vintage posters. For now, listen to the rollicking lead single, “Lampshades on Fire”, which the band have been playing live since 2011. –Michael Madden 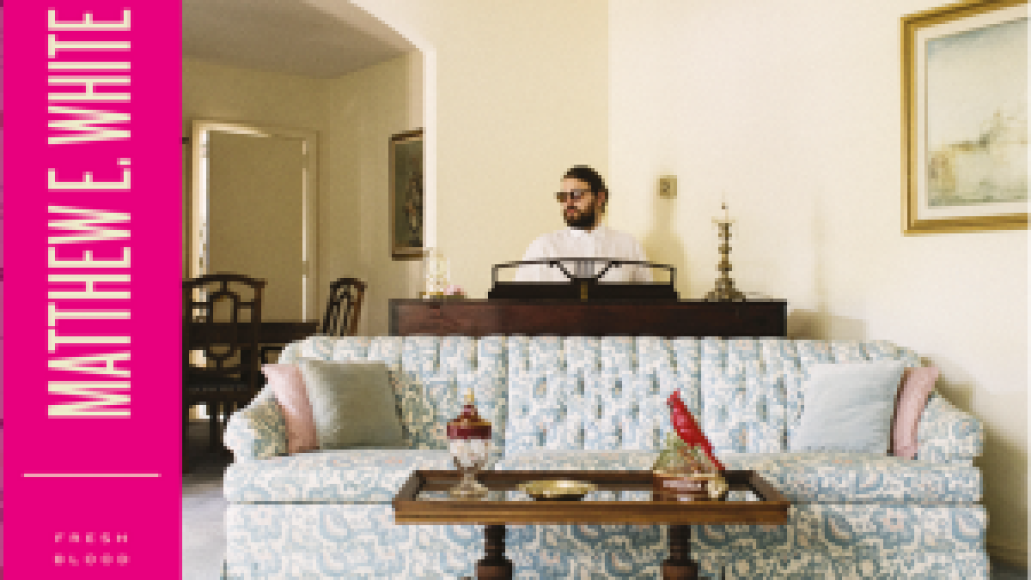 Why We’re Excited: Back in 2012, Virginia native Matthew E. White captivated audiences with Big Inner, an album that lent a progressive spin to insightful singer-songwriter fare from Randy Newman and Curtis Mayfield. For his follow-up, entitled Fresh Blood, White is looking to take an even more “deliberate” approach to his brand of pop-jazz fusion. As an extension of that, he’s relying more on friend and former bandmate Andy Jenkins, with whom he co-wrote many of the album’s arrangements, and his “trusted” Spacebomb house band — bassist Cameron Ralston, drummer Pinson Chanselle, and guitarist Trey Pollard. White has yet to release the album’s lead single, but based on a teaser of the hazy “Tranquility”, he’s clearly moving in a direction that does away with some of Big Inner’s chutzpah for more subdued and contemplative material. No matter the direction his creative juices flow, we’ll continue to follow this CoSigned crooner for his endless heart and profound emotional insights. –Chris Coplan

Here’s What Kate Bush Is Up To Today