2015 is going to be big. Maybe the biggest ever. I don’t mean to go all Fallon here, but it’s true. Not only are we getting a sequel to the third-highest grossing film of all time with Avengers: Age of Ultron, but we’ll also have a new entry in the Star Wars franchise that may rise above them all. If that weren’t enough, there will also be a new Bond (not starring Idris Elba), a new Mad Max (not starring Mel Gibson), and a new Terminator (not starring Christian Bale). Somewhere between these blockbusters will be a collection of genuinely original works coming our way from Steven Spielberg, Terrence Malick, Cameron Crowe, David O. Russell, the Wachowski siblings, and many, many more.

The force is strong with this year… 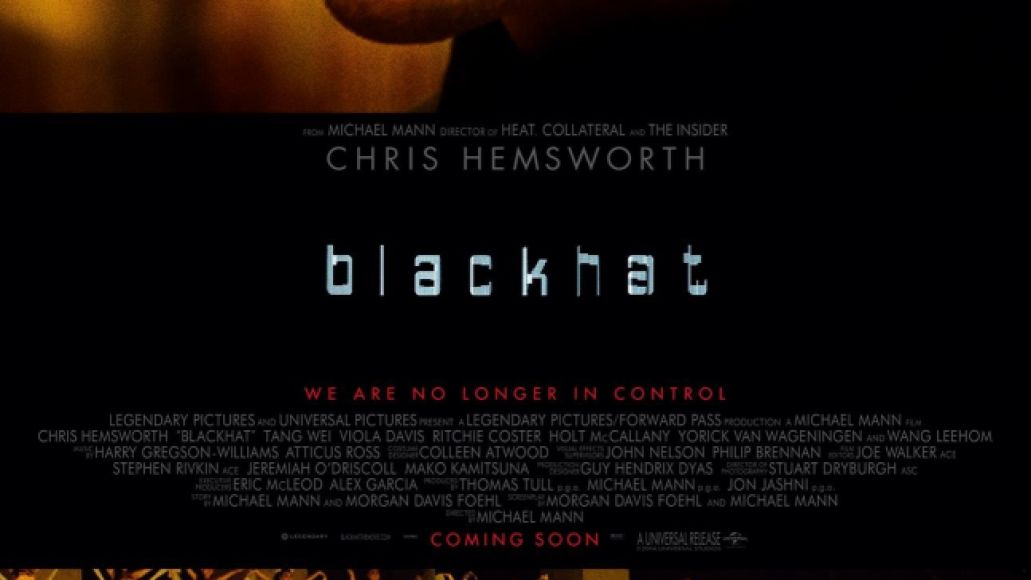 It’s been over five years since Michael Mann’s last film, Public Enemies, hit theaters. Now, the 71-year-old filmmaker returns to thrust us into the gritty criminal underworld of cyber terrorism. (How timely, right?) His leading man is Chris Hemsworth, who plays Nicholas Hathaway, a convicted hacker who’s been furloughed to assist American and Chinese agencies track down an elusive cyber criminal responsible for attacks on a Chinese nuclear reactor and the Chicago Board of Trade. Ever devoted to realism, Mann spent years researching the material, while Hemsworth was assigned to learn code, which should assuage the more computer-savvy skeptics. And given all of its filming locations — Chitown, Los Angeles, Hong Kong, and Jakarta — Blackhat should serve as the perfect winter getaway you can’t afford. –Michael Roffman

Son of a Gun 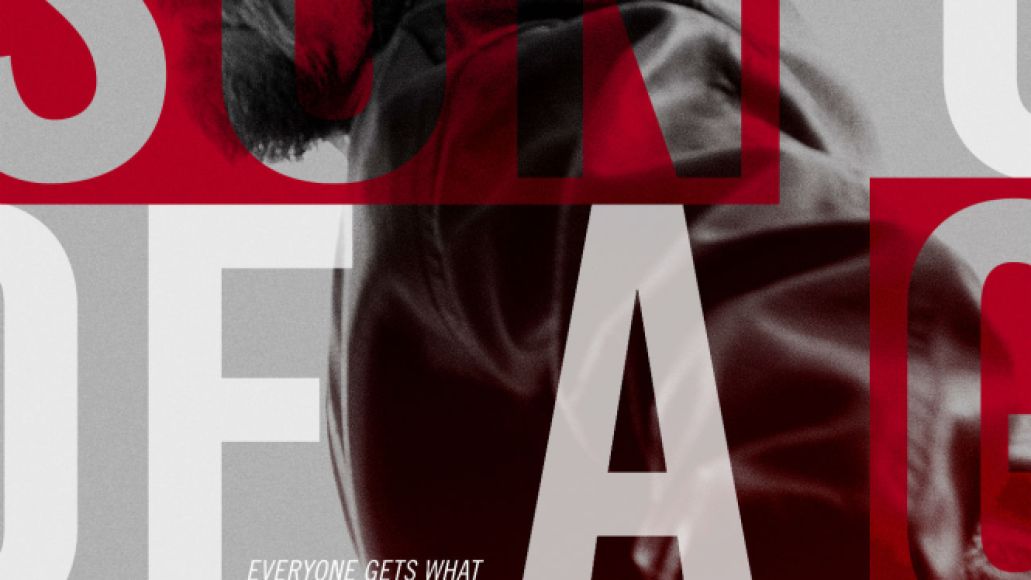 Between Whiplash and Foxcatcher, 2014 was a banner year for films about damaged proteges and their shitty mentors. The trend continues this year with Son of a Gun, which sees Ewan McGregor as a criminal mastermind who takes rookie Brentown Thwaites under his wing after a successful prison break. Things go sour, of course, and Thwaites finds himself in over his head. As juicy as the plot is, and as much as we’re jazzed about the trailer’s haunting caper imagery — including a bunch of hoods wearing creepy chimp masks — we’re most excited about seeing McGregor play a complex scumbag again, something that was once his bread and butter. –-Dan Caffrey 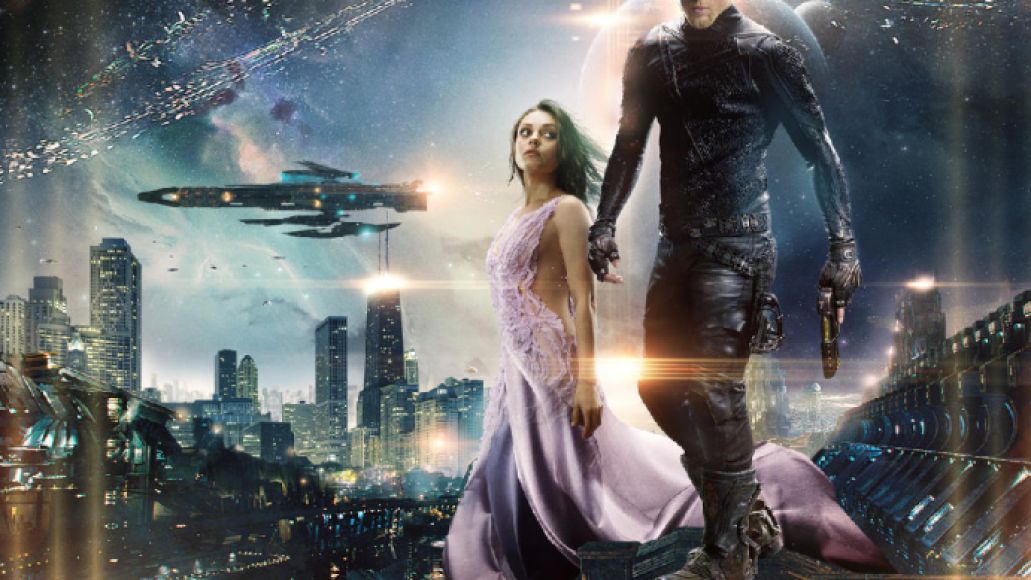 So here’s the thing: There’s a halfway decent chance that Jupiter Ascending is going to be a complete and utter mess. Setting aside Warner Bros.’ decision to quietly bump its release from last July, where it was slated to drop the same weekend as the last two Dark Knight films, to early February, there’s also the matter of this being a Wachowskis joint. But I’ll be the one to argue that this is a good thing, not the bad thing many people might naturally assume. For better (Speed Racer) or worse (the parts of Cloud Atlas concerning Hugh Grant as a post-apocalyptic tribal warlord), the Wachowskis are still making ambitious mainstream cinema like few others out there. And this, the story of a Russian space princess (Mila Kunis) and the albino bounty hunter sent to protect her (Channing Tatum), looks like it could land on either side of that equation. Wherever it lands, though, Jupiter Ascending will assuredly be a hell of a thing to watch. Plus, look on the bright side. If it’s awful, at least the “more like Stupider Ascending” headlines practically write themselves. –Dominick Mayer 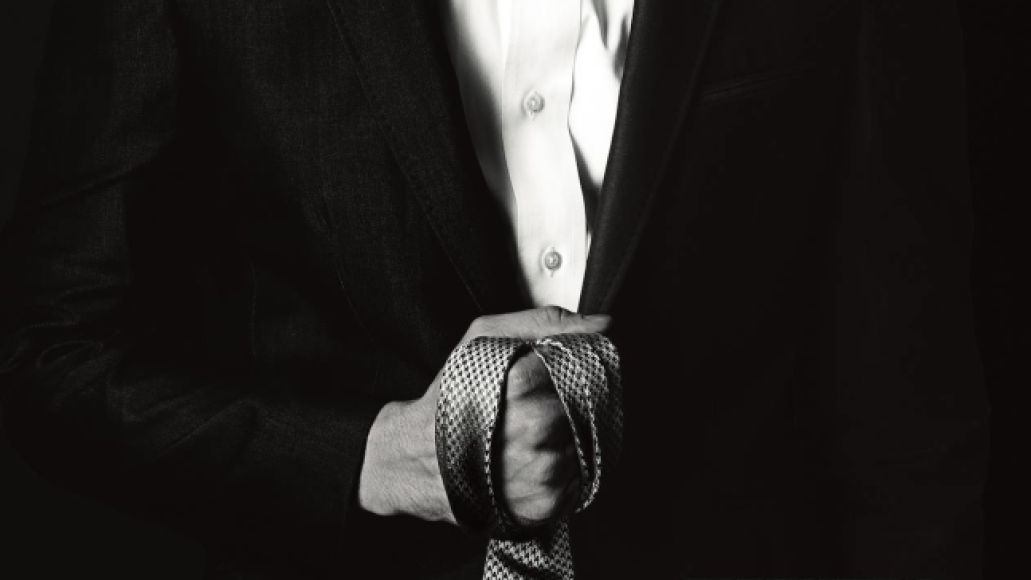 What I like about the pre-release trailers for the 50 Shades of Grey film adaptation is that there’s no pretension, no cuteness, no whiz-bang. Cold, handsome, and proficient, the film posits itself as nothing more than a means of dampening granny panties, be it through the story’s BDSM 101 course or what star Jamie Dornan calls a “love story.” Some say Dornan, who replaced Sons of Anarchy star Charlie Hunnam in the role of sado-masochistic billionaire Christian Grey, is gambling with his career by starring in the adaptation, and maybe that’s true, but I can’t imagine the film itself not being a financial success. The sneers and chuckles of the literary cognoscenti haven’t hindered sales of E.L. James’ steamy trilogy at all, nor will the sneers and chuckles of snooty reviewers give the readers pause. It’s God’s Not Dead all over again: critics be damned, this thing’s got a built-in audience. –Randall Colburn 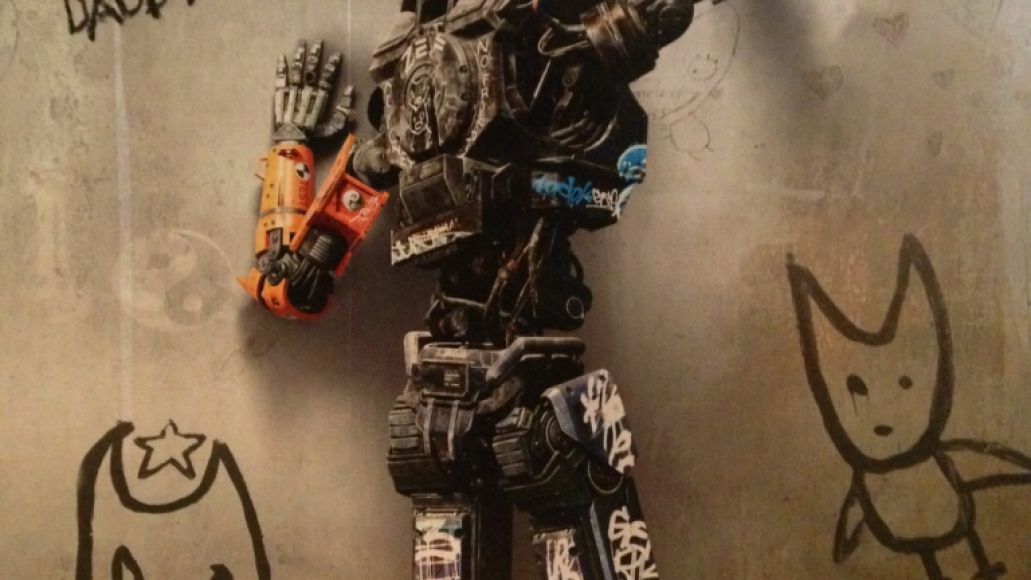 If there’s one thing director Neill Blomkamp knows, it’s robots. He made them sympathetic in his Academy Award–nominated debut, District 9, and he made them menacing as all hell in the post-apocalyptic thriller Elysium. For his third film, Chappie, he teams up with his wife and writing partner, Terri Tatchell, for the first time since District 9 to weave a yarn about a sentient robot (voiced by frequent Blomkamp collaborator Sharlto Copley) who gets kidnapped by two criminals. Think Short Circuit 2 only with much better special effects — and without Fisher Stevens’ cringe-worthy portrayal of an Indian scientist. As an added bonus, Blomkamp has assembled one of the most bonkers casts of the year, including Hugh Jackman, Sigourney Weaver, and both members of the South African music duo Die Antwoord. –Adriane Neuenschwander

In the Heart of the Sea 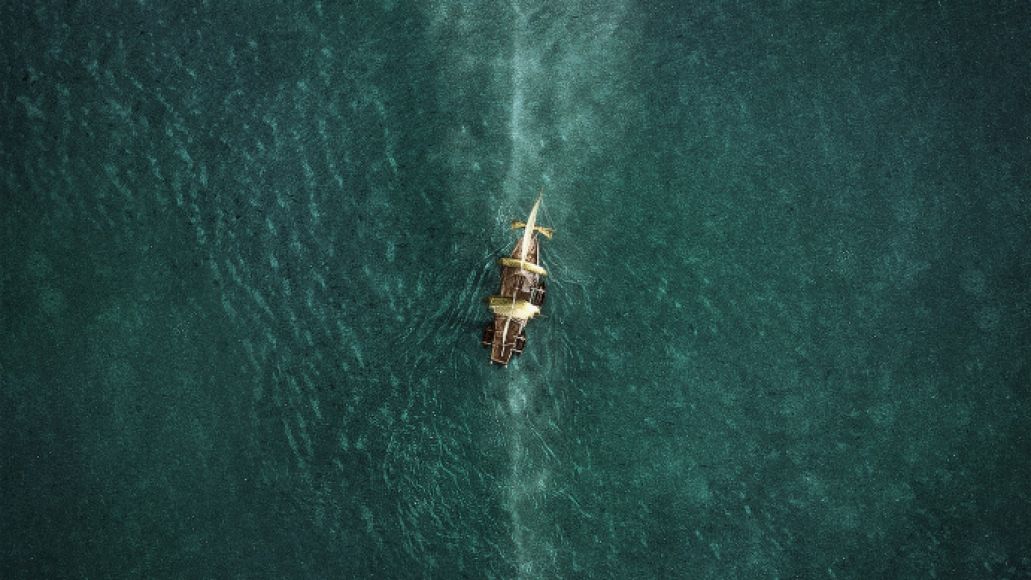 It’s fair to say that Ron Howard has had a spotty career, directing critically reviled films such as How the Grinch Stole Christmas and Angels & Demons alongside Oscar-winning pictures such as A Beautiful Mind and Apollo 13. This year, ol’ Ronnie boy looks like he’s poised to get that red-carpet tux out of storage with In the Heart of the Sea, which is based on an award-winning historical biography by Nathaniel Philbrick. The film tells the true story of the Essex, a whaling ship that sunk after being attacked by a whale who, let’s face it, had every reason to be pissed off at the boat’s crew. The disaster’s legend grew further after inspiring Herman Melville to write Moby Dick. After the wreck, the ship’s crew — portrayed by Cillian Murphy, Benjamin Walker, and Howard’s muse du jour Chris Hemsworth — fends off starvation, squalls, dehydration, and other sticky situations in order to survive. Early trailers suggest that, if nothing else, audiences can expect some pretty impressive visual effects, especially if screened on IMAX. –Adriane Neuenschwander 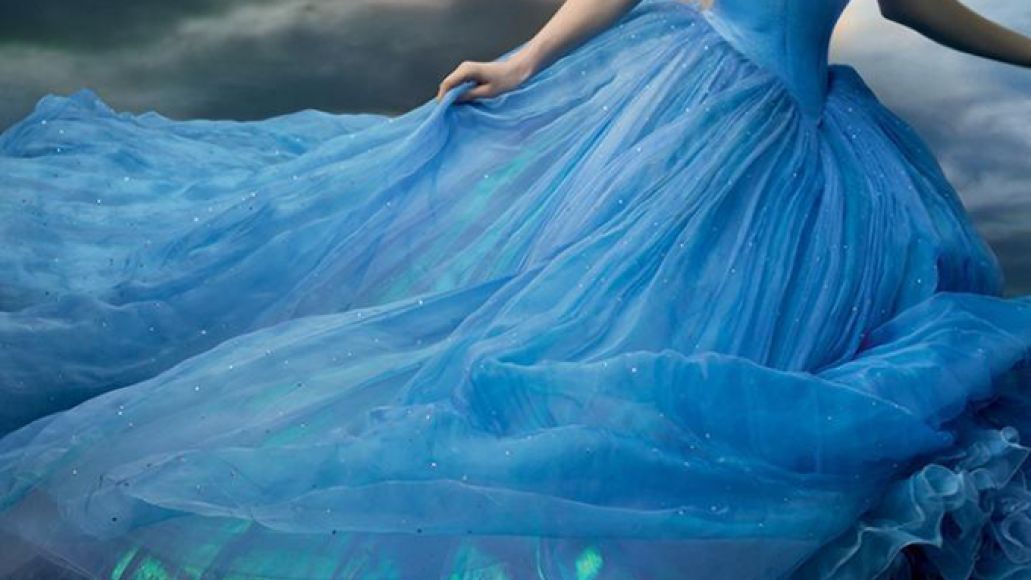 The Cinderella story may only be rivaled by Peter Pan in terms of the number of adaptations it has produced. Besides numerous ballets, operas, and a popular Rodgers & Hammerstein musical, the ubiquitous French fairy tale has a lengthy cinematic history, from Georges Méliès’ groundbreaking 1899 silent film to Walt Disney’s 1950 animated classic to the cheeky, modern twists of Ever After and A Cinderella Story. But the newest version, a color-saturated, live-action fantasy film directed by Kenneth Branagh (perhaps best known for his equally lush rendering of Hamlet) and starring Burton-blonde newcomer Lily James as “Ella,” appears to be both a return to form and a revitalization of it. With Disney again at the helm, Cinderella boasts the visual grandeur of last year’s Maleficent and an intriguing cast that includes Helena Bonham Carter as The Fairy Godmother, Richard Madden (aka Robb Stark from Game of Thrones) as the blue-eyed Prince, and Cate Blanchett looking icily perfect as Ella’s wicked stepmother, Lady Tremaine. –Leah Pickett 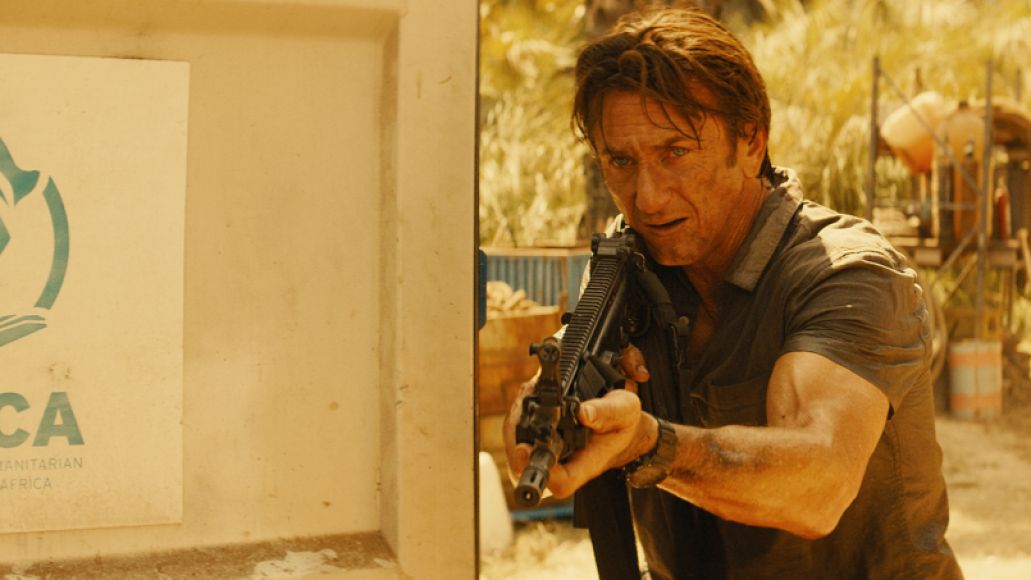 Sean Penn wakes up atop of Charlize Theron, combusting with newfound testosterone that he just can’t expunge through hissy fits or blubbering monologues. He’s just about to put his boner through a wall when he gets a call from Liam Neeson. “O’Seaney, It’s yer ol’ pal Liam. My shamrock was shakin’, so I guess the force has finally awakened in you. Roll with it, man. It’ll change your life. Strangers will stop calling you ‘Sam’ and ‘Milk’ the same way nobody calls me ‘Schindler’ anymore.” And then Neeson sends Penn a care package containing the director of Taken, a script called The Gunman, a cast of ringers (Elba, Bardeem, Winstone), and a totally Neeson role of a man with a gun who has to fight other men with guns after his wife gets kidnapped and punch/kick/bang/vroom. Here’s hoping it’s good, because stunt doubles with Marlboro-tanned mugs don’t get enough work these days. –Roy Ivy 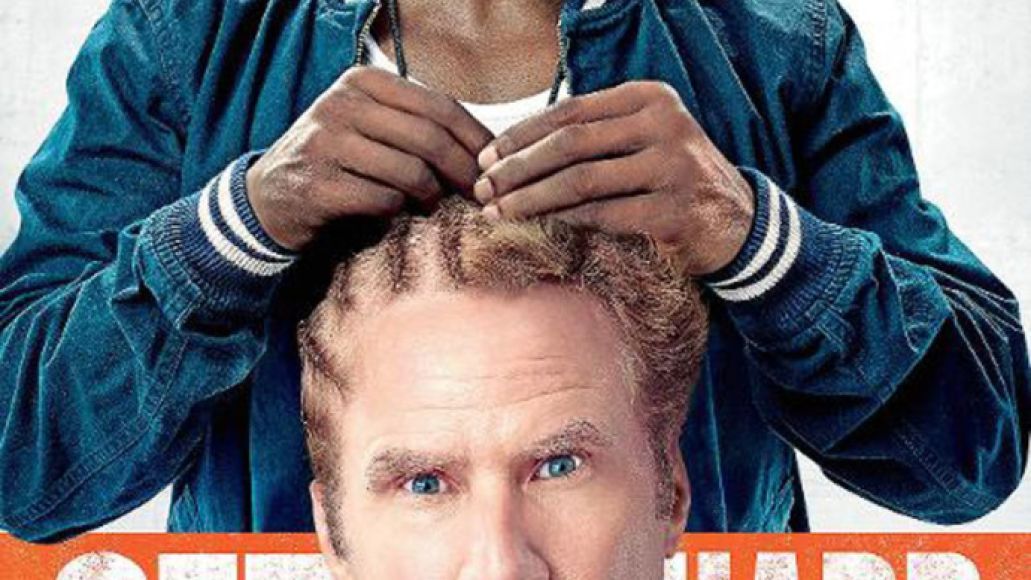 So Will Ferrell’s a millionaire prick who gets busted for fraud and is gonna go to jail for 10 years. He’s too soft for prison life, so he enlists Kevin Hart to get him hard before he’s in the pokey. Hart’s never actually been to prison (Ferrell just assumes it), but he takes on the prison-coaching role for money, and for the joy of torturing the rich prick. There’s a great chance this is gonna suck, like an overextended riff on the “we bad” scene from Stir Crazy. But I’m keeping my fingers crossed, because there’s enough talent on board to make this great. Sure, with this and The Wedding Ringer, 2015 is top-heavy with movies where Kevin Hart helps the hapless white guy. And Will Ferrell’s shtick has certainly worn thin. But I’m hoping writer/director Etan Cohen (Tropic Thunder) and co-writers Ian Roberts and Jay Martel (Key and Peele) rise above what’s bound to be endless race and prison rapes jokes. –Roy Ivy 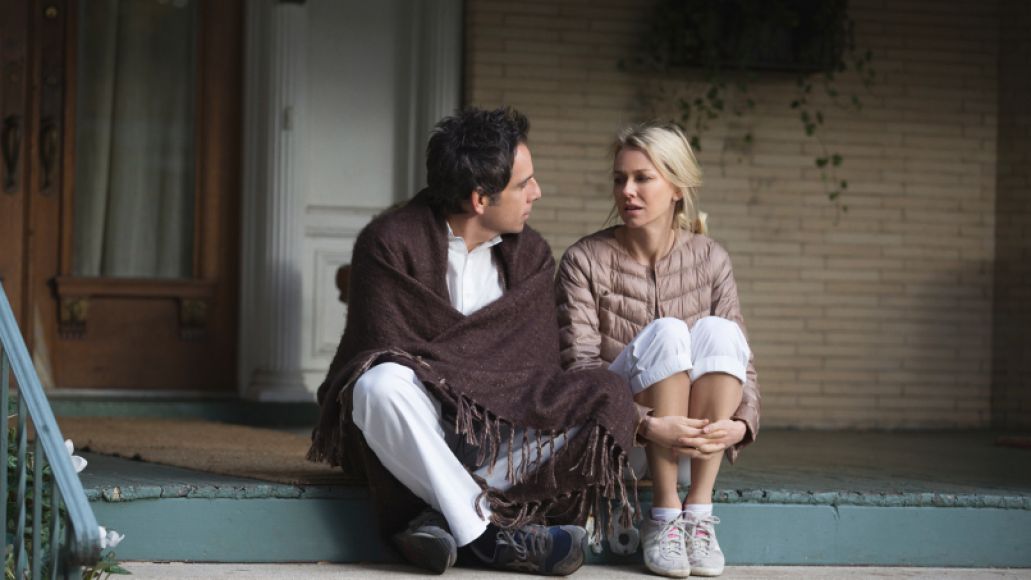 One day, Noah Baumbach will be recognized for capturing the often irrational, frequently ridiculous, totally histrionic angst of the millennials like few other filmmakers of our time. His last feature, Frances Ha, was an affecting chronicle of a sharp young woman drifting with vague aims through cities and her own life. Now, with While We’re Young, Baumbach looks to be hitting on something that’s going to ring all too true for a lot of viewers: that moment when the next generation down inherits the responsibility of determining what constitutes “cool” in life. Ben Stiller and Naomi Watts play a couple who befriends the trendy young hipsters next door (Adam Driver and Amanda Seyfried), only to realize that not everything is ahead of them like it once was. Imagine Neighbors if it wanted to sneakily tear your heart out. –Dominick Mayer