There are few more life-affirming pleasures for a true music aficionado than compiling the perfect songs for the perfect situation. From that housewarming playlist to your secret sexy-time playlist (you know you have one), we all have a little Rob Gordon in us. That’s why online radio app 8tracks has made it possible to share that joy with others, creating a community of curators who assemble playlists based on nearly every activity and mood imaginable. Now, using its patented algorithms and user listening patterns from the entirety of 2014, 8tracks has determined last year’s absolute best songs to listen to while driving.

Keep in mind, the tracks here weren’t all released last year; instead, they were simply those most enjoyed by road warriors over the last 365 days. That explains why Andrew Gentry’s 2010 remix of “Juicy” by The Notorious B.I.G. tops the playlist. Biggie’s “Old Thing Back” featuring Ja Rule and remixed by Matoma also made the list. There’s even some James Vincent McMorrow, a bit of Two Door Cinema Club, and some Wyclef Jean thrown in for good measure. The 100-track playlist covers everything from country to electronic and you can listen to the whole thing below (or via the 8tracks website). 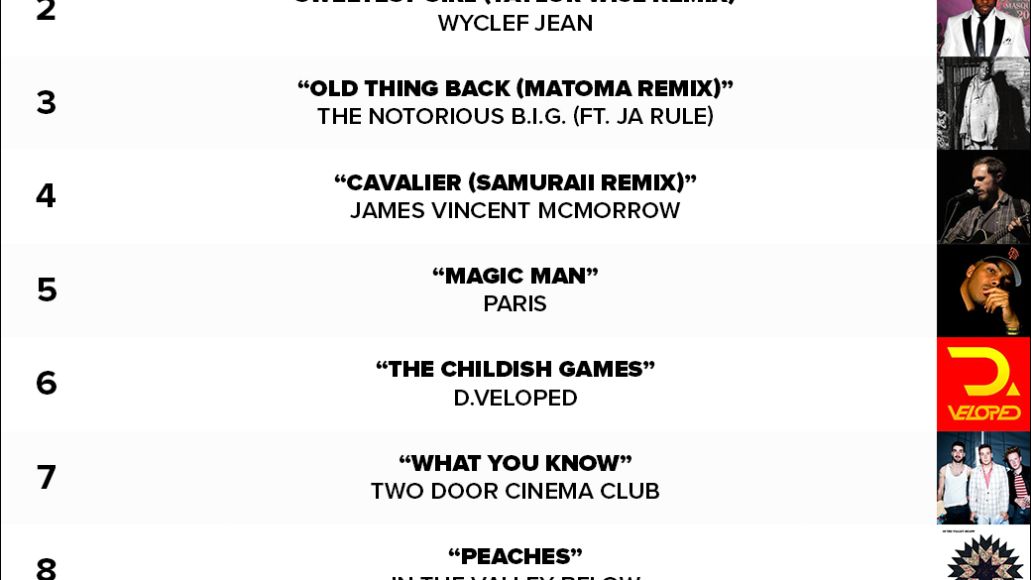 Additionally, 8tracks has compiled a community chart of the 10 best artists for driving from 2014. Again, not every musician released an album during the year, but each one kept motorists company during lengthy road trips and arduous commutes alike. Case in point, Arctic Monkeys top the chart, and AM is over a year old by now. In fact, only three of the top 10 actually dropped a record in 2014: Coldplay (#8), Ed Sheeran (#4), and Lana Del Rey (#3). The artist with the least-recent album release is M83 (#9), whose Hurry Up, We’re Dreaming LP is over three years old. 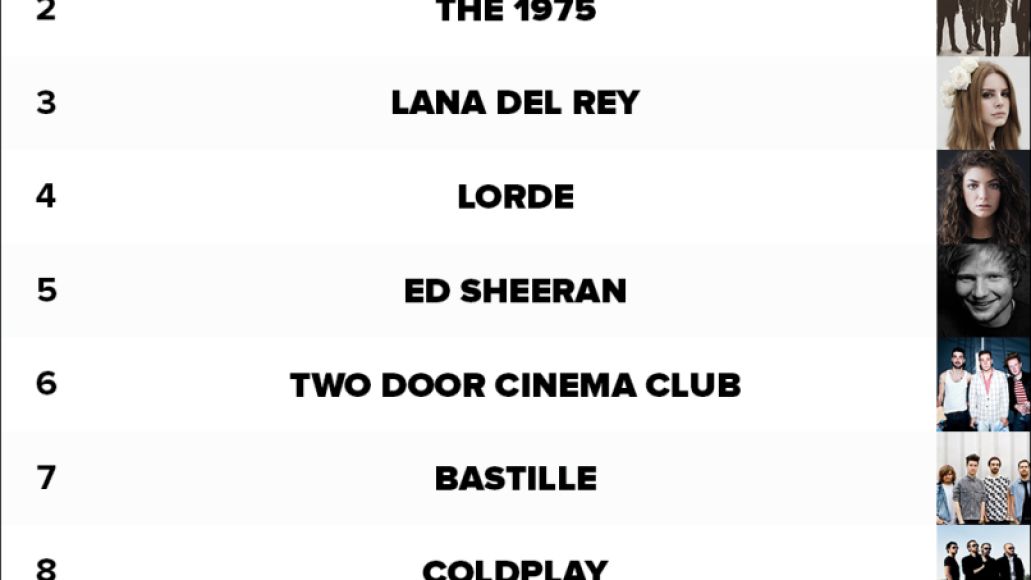