Upon the release of Sam Smith’s “Stay With Me” in April 2014, a number of listeners were quick to note the distinct resemblance to Tom Petty and the Heartbreakers’ 1989 classic “I Won’t Back Down”. As it turns out, Petty’s lawyers also took notice, and the UK crooner has since agreed to pay songwriting royalties.

According to The Sun, Smith and Petty actually settled out of court back in October, but details only emerged just this weekend. The settlement reportedly included a 12.5% writing credit to both Petty and singer-composer Jeff Lynne (of ELO fame). The song’s credit on ASCAP — that’s the American Society of Composers, Authors, and Publishers — now lists Smith, Petty, Lynne, and Jimmy Napes as the chief songwriters. 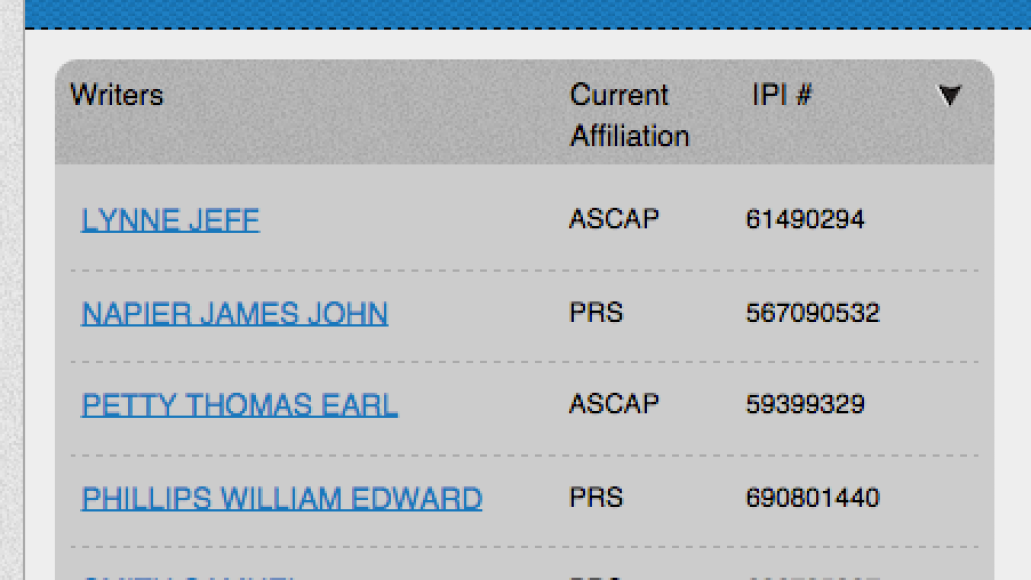 Said one source close to the case, “When Sam’s track was originally released, it was clear to a lot of musicians that there were notable similarities between the tracks,” referring specifically to melodies of the respective choruses. “After it was pointed out to Sam’s camp, they didn’t try to fight it and amicably dished out royalties. It wasn’t a deliberate thing, musicians are just inspired by other artists and Sam and his team were quick to hold up their hand when it was officially flagged.”

The source went on to note the case was “done behind closed doors without any mud being slung,” explaining that similar songwriting cases have turned ugly publicly.

Update – January 26th: A rep for Smith confirms that Petty and Lynne are now listed as co-writers for “Stay With Me” and “acknowledges” its similarities to “I Won’t Back Down”. However, the rep contends that it’s all a “complete coincidence.”

“Recently the publishers for the song ‘I Won’t Back Down,’ written by Tom Petty and Jeff Lynne, contacted the publishers for ‘Stay With Me,’ written by Sam Smith, James Napier and William Phillips, about similarities heard in the melodies of the choruses of the two compositions. Not previously familiar with the 1989 Petty/Lynne song, the writers of ‘Stay With Me’ listened to ‘I Won’t Back Down’ and acknowledged the similarity.

“Although the likeness was a complete coincidence, all involved came to an immediate and amicable agreement in which Tom Petty and Jeff Lynne are now credited as co-writers of ‘Stay With Me’ along with Sam Smith, James Napier and William Phillips.”

“About the Sam Smith thing. Let me say I have never had any hard feelings toward Sam. All my years of songwriting have shown me these things can happen. Most times you catch it before it gets out the studio door but in this case it got by. Sam’s people were very understanding of our predicament and we easily came to an agreement. The word lawsuit was never even said and was never my intention. And no more was to be said about it. How it got out to the press is beyond Sam or myself. Sam did the right thing and I have thought no more about this. A musical accident no more no less. In these times we live in this is hardly news. I wish Sam all the best for his ongoing career. Peace and love to all.”

“Stay With Me” has sold nearly four million copies worldwide, making it one of the most successful singles of 2014. It’s also up for both Best Pop Performance and Record of the Year at the 2015 Grammy Awards.

Compare the similarities for yourself by listening to both tracks below.

Tom Petty and the Heartbreakers – “I Won’t Back Down”: