As we noted earlier this week, there are a ton of new albums to look forward to in 2015. Singles, however, are unveiled less predictably, keeping us on the lookout for everything from new tracks from big names to gems that could turn an unknown artist into a household name by year’s end. Nothing on this list yielded the excitement Kanye West did with “Only One” (which, full disclosure, is too old for this week’s countdown), but it’s still filled with artists of varying popularity staking their claim, sparking conversation, and (better yet) demanding intent listening in the process.

10. Sun Hotel – “After Peggy Tells Her Parents They Never Had Any Trouble in Their Relationship” 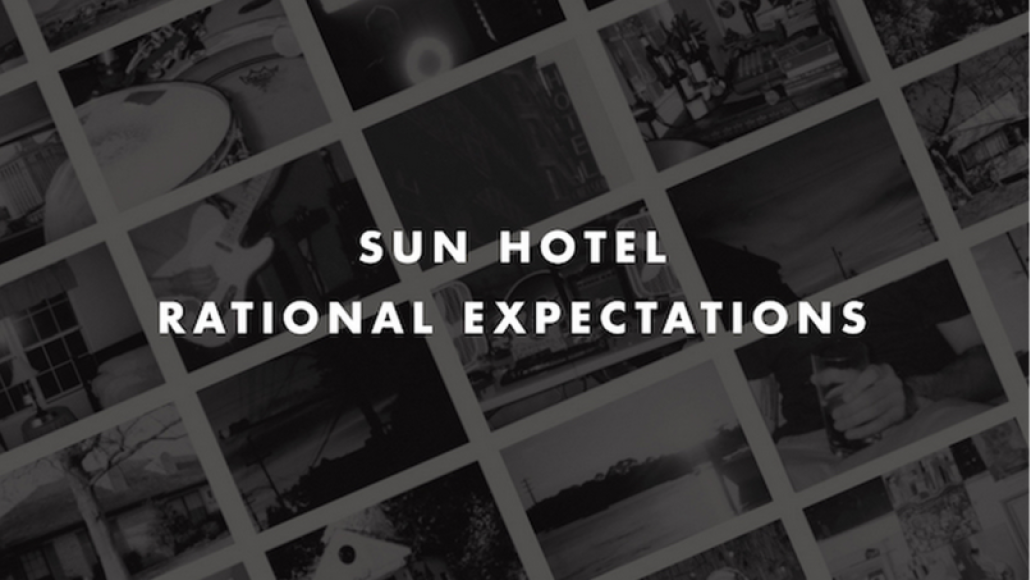 While Sun Hotel’s newest song, “After Peggy Tells Her Parents They Never Had Any Trouble in Their Relationship”, boasts an ungainly title, it’s surprisingly direct. Backed by swirling, semi-emo guitars, frontman Tyler Scurlock brings it all together with a refreshingly earnest vocal performance that details a relationship’s heartbreaking trials and tribulations. It’s the second single off their new album, Rational Expectations, which is due out on February 3rd via Community Records. –Josh Terry 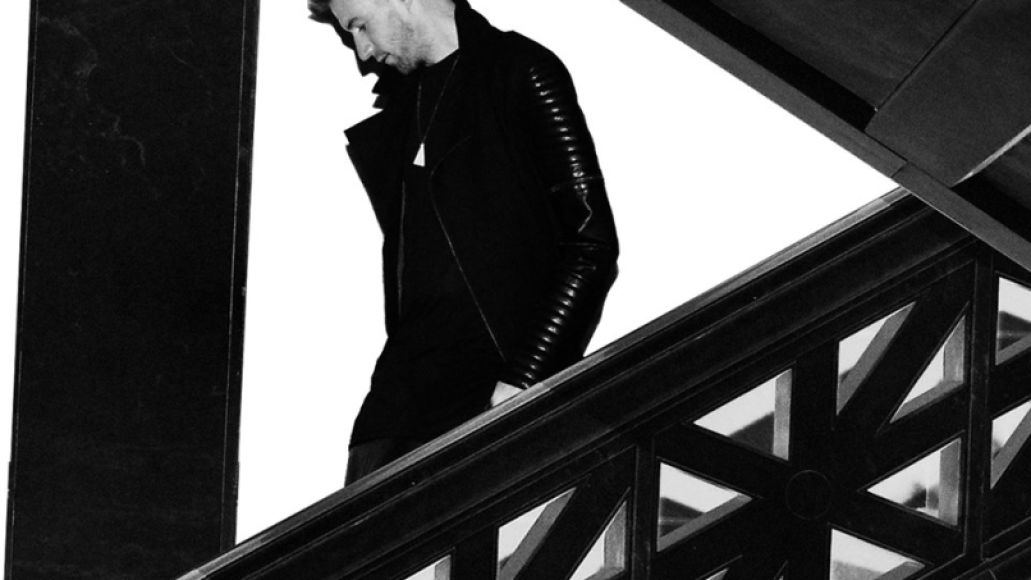 Now based in Los Angeles, Kastle has long been a connoisseur of international bass music. Following his Balearic bass exploits, the producer born Barrett Richards is back with another melodic thumper in the form of “Strange Days”. While so much of bass music is often associated with testosterone-fueled excess and blistering, if not totally expected, builds and drops, Kastle is all about the character within the beats. An introverted low-end anthem, “Strange Days” borrows the soul of electronica from the likes of Underworld and then processes that vibe through a dense UK garage filter. Whether it’s 1 a.m. on a crowded dancefloor or 7 p.m. amid a frenzied study session, “Strange Days” will hit you with those feelz. Find it on the forthcoming Hyperreality EP. –Derek Staples 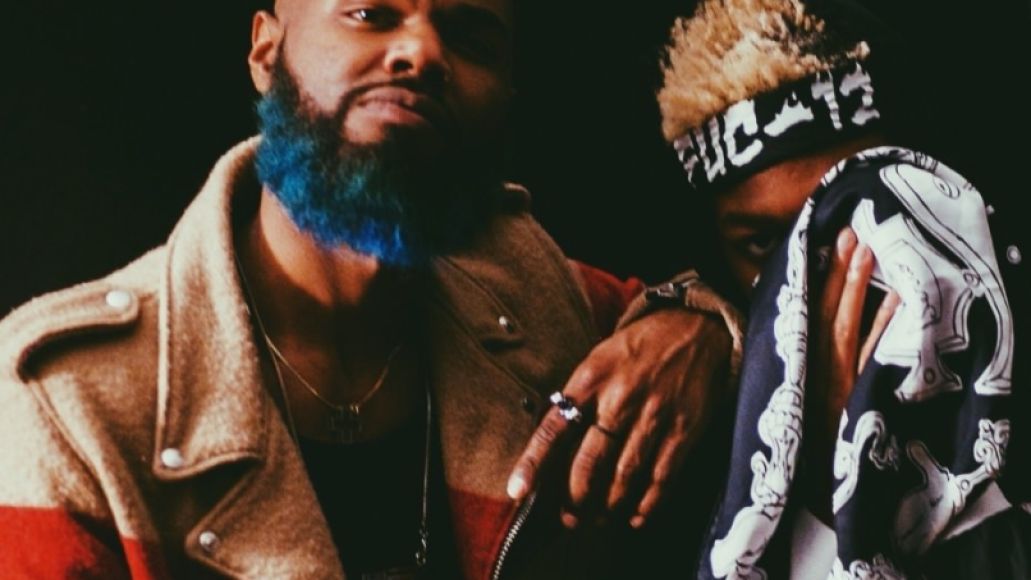 Rome Fortune and OG Maco are Atlanta rappers with countless eccentricities between them (including, most notably, Rome’s blue beard and Maco’s more-than-occasional full-throated scream), but they’re on the same wavelength for “Yep”, from their new EP of the same name. Whereas Rome usually favors atmospheric beats that take some time to build ahead of his first words, TM88’s track aligns with Maco’s penchant for immediacy and hard-hitting bass. The hook might sound rudimentary (and would only be half as effective without the sense of humor), but the verses are anything but: “Hypothermic might describe my flow/ Hypodermic how my word hit hoes,” Maco raps, early on in a slippery post-Gucci Mane/Future/Migos pattern. –Michael Madden 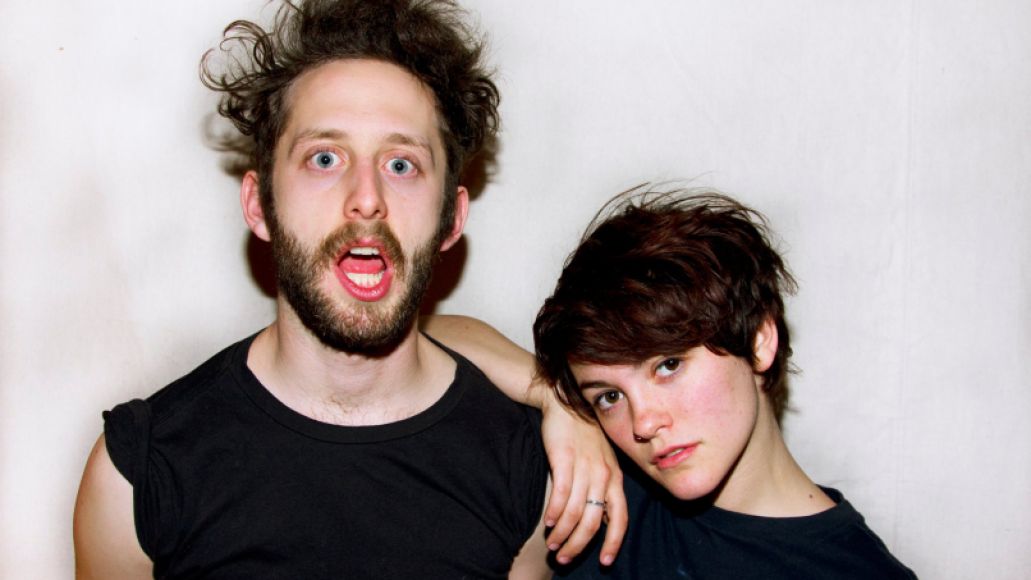 Alex Luciano is over it. She doesn’t want to hear about your band, your scene, your thoughts, your friends, or your romantic ideas of who she might be. She just wants to cut loose, and she’ll tell you all about it in the quick slice of raw-hemmed pop she put out this week with her group Diet Cig, which releases its debut EP, Over Easy, on February 24th. Backed by drummer Noah Bowman (also of Earl Boykins), Luciano sings about apathy and restlessness with the kind of inflection that lets you believe she’s lived a lot of it. She’s here to cut through the boredom with her guitar whether you’re done talking or not. See you on the dancefloor. –Sasha Geffen 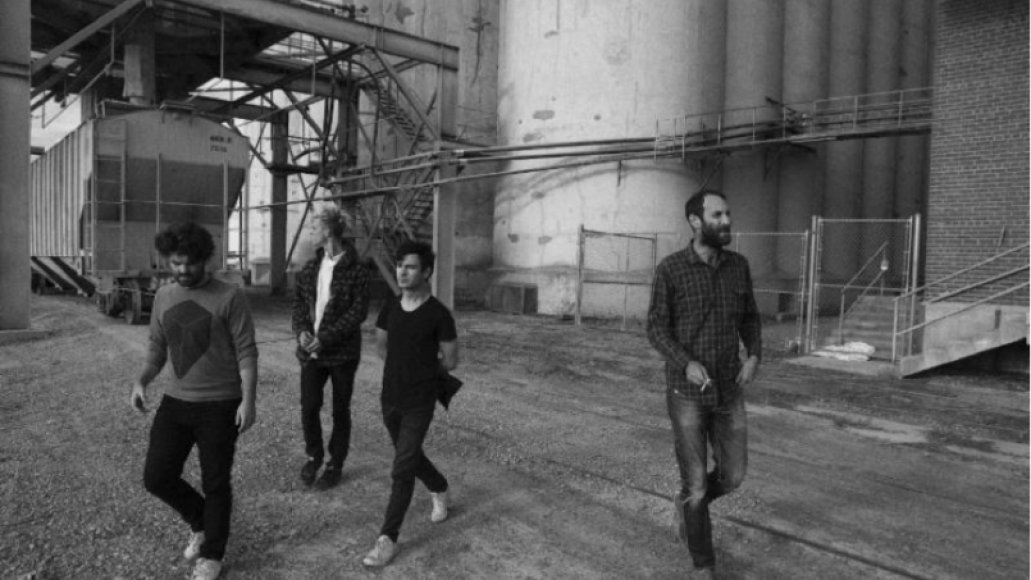 With “Silhouettes”, the latest from Calgary punks Viet Cong (formed from the ashes of Women), what at first sounds like a blur of guitar riffs becomes, after enough plays, a noise rock stomper that’s actually more on-the-screws than thrashing. Matt Flegel’s distant, ominous voice may be decidedly low in the mix, but here it also evokes the dreadfully catchy delivery of Interpol’s Paul Banks. The outlier is the synth that pops up and darts across the mix without warning — a dose of pretty melody in a song that’s otherwise more notable for the coherence of its aggro elements. The band’s debut album, Viet Cong, is out January 20th via Jagjaguwar. –Michael Madden 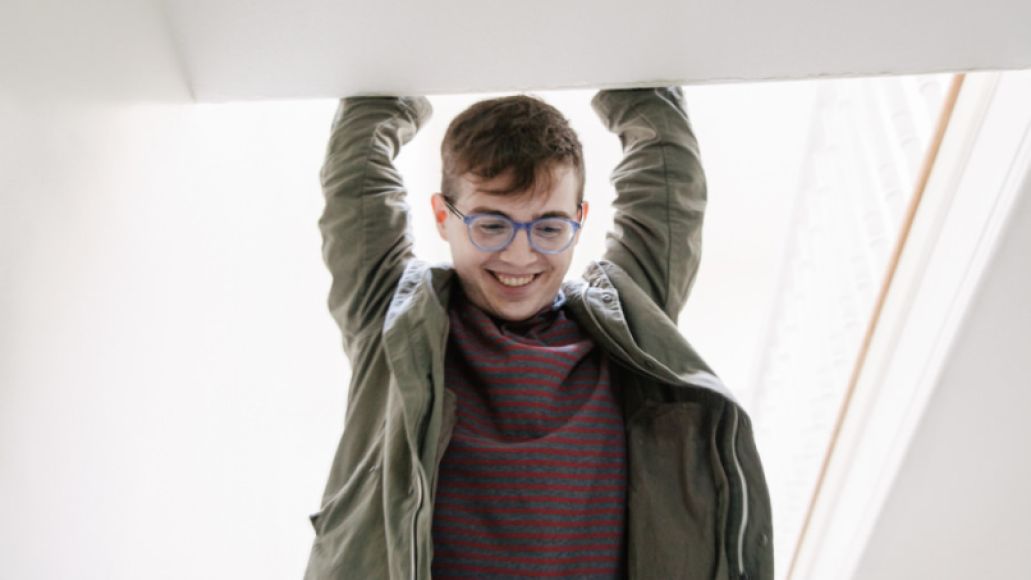 Sam Ray hates sitting still. His first official album, Three Love Songs, was a fevered, dreamy outing on Orchid Tapes, so of course its follow-up, the sun over hills EP, took cues from footwork and obsolete gaming consoles. The A-side of his new single as Ricky Eat Acid, “Context” (out January 20th on Canvasclub), Ray seems to have found a happy medium. You get the hissy atmospherics and delicate piano strokes of the project’s quieter side, but they’re mixed with the shrill synths and warped vocals of his bristlier work. Like all Ray’s songs, “Context” feels like it’s hiding something sad and unnamable. With Ricky Eat Acid, it’s not just about what you hear; it’s about what you feel like you should be able to hear, and can’t. –Sasha Geffen 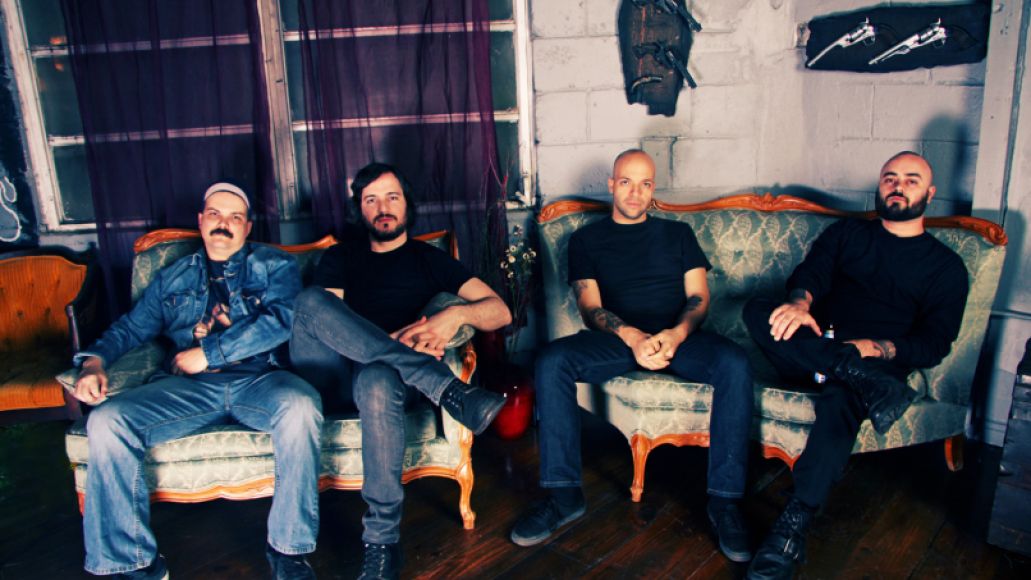 For just over a decade, Torche has been the metal outfit South Florida so badly needed. The lead cut from the four-piece’s forthcoming Restarter (available February 24th via Relapse Records), “Annihilation Affair” spares no time in pulling fans back into the collective’s signature sludge. While Steve Brooks’ vocal aggression serves as the hook at the onset of the track, it’s the melodic breakdown around the 2:15 mark that makes the chaos so infectious. Like a jagged ice cube slowing rolling down the nape, the riffs of Andrew Elstner and Jonathan Nunez somehow manage to pluck at every exposed nerve in your body. Make some room, ’cause things are about to get rowdy. –Derek Staples 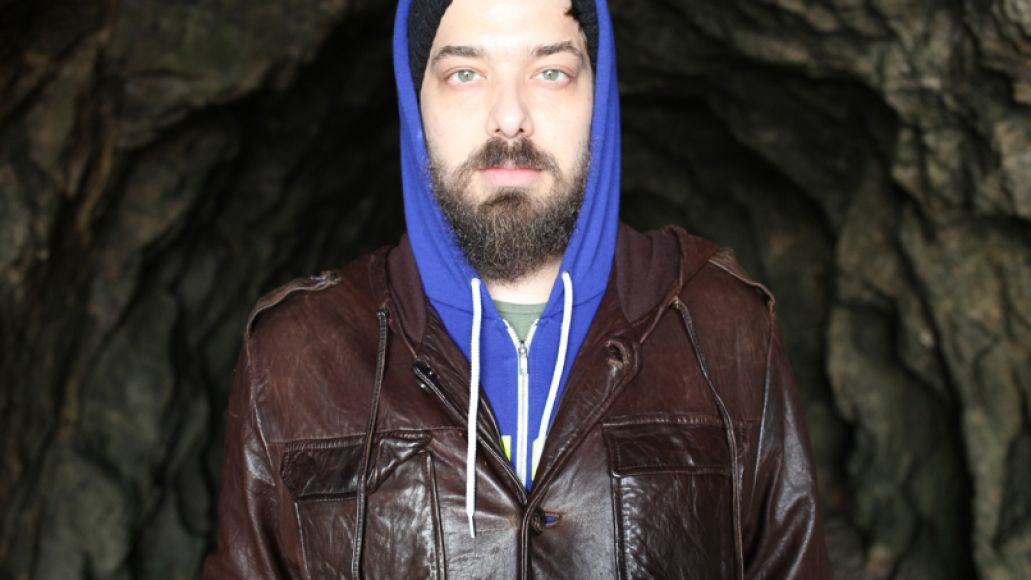 Considering El-P’s ongoing success in Run the Jewels, the outlook for verbose indie rappers nearing 40 is much different than it was even a year and a half ago. That’s why Aesop Rock’s “Bug Zapper”, a creeping but densely packed lyrical workout that’s one of two new songs he dropped this week (along with “Cat Food”), doesn’t sound so far removed from hip-hop’s current state of affairs after all. No matter its long-term success, consider it an emphatic start to the new year for the MC; in 2014, he released the beat compilation The Blob and joined Rob Sonic and DJ Big Wiz for another Hail Mary Mallon album, but generally (and undeservingly) flew under the radar with both. –Michael Madden 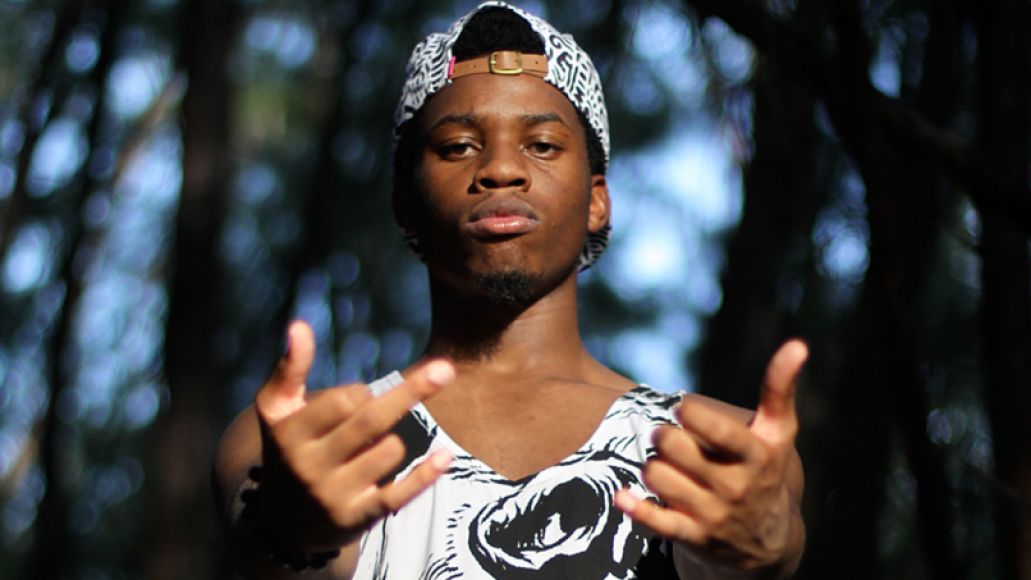 Florida rapper Denzel Curry announced plans to release a double EP called 3 2 Zel/Planet Shrooms almost a year ago, and there’s still no sign of an official release date. Fortunately, Curry decided to ring in the new year with new music anyway. “Certified” won’t appear on the forthcoming project, but it’s still a banger. Anchored by a bruising beat courtesy of producers The Dope Boyz, Curry’s buoyant, abrasive flow doesn’t seem to ever let up. –Josh Terry 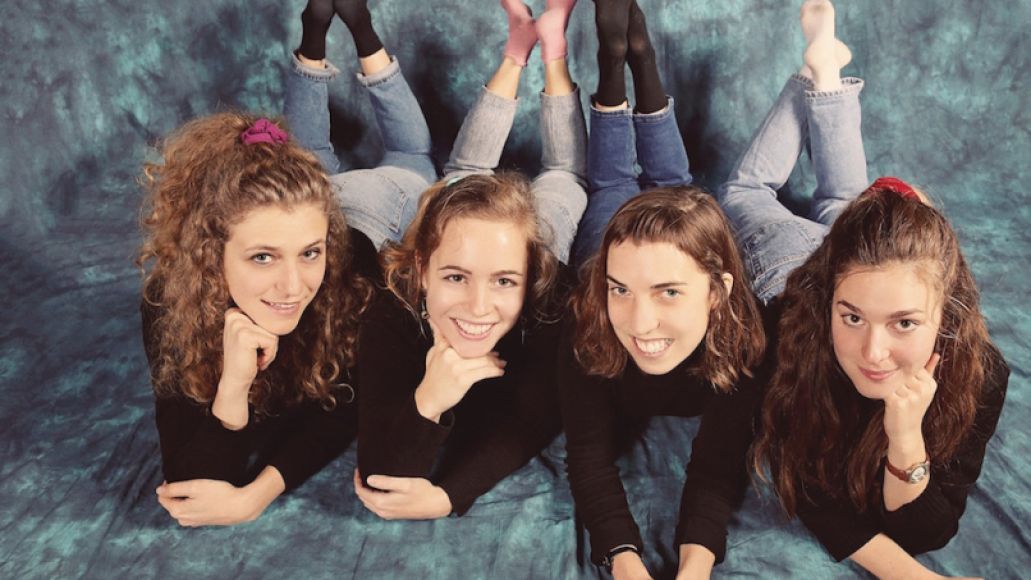 Chastity Belt’s new song, “Time to Go Home”, is covered in the fog of stumbling back home after an intoxicated night out only to be bored and hungover the next day. As the band admits, the song is “about treating boredom with substances,” but fortunately, the Seattle indie rockers don’t fall victim to slacker rock tropes. While there’s the clang of guitars and disaffected vocals, there’s also a keen sense of dynamics and tangible conviction in singer Julia Shapiro’s delivery. It’s a stellar song and one that’ll appear on the band’s sophomore album, Time to Go Home, out March 24th via Hardly Art. –Josh Terry