Here’s a trend I never expected to come following the triumphant end of Breaking Bad: Aaron Paul (aka Jesse Pinkman, yo!) recorded a house anthem in 2013; now another former cast member has stepped behind the ones-and-twos, as RJ Mitte, who played the precocious Walt Jr., has launched a DJ career.

Mitte is one of several talents attached to “Breaking Beats,” an upcoming DJ night featuring a Breaking Bad theme. Though there’s little in the way of details, I’m envisioning Sky Blue rock candy, waiters in hazmat suits, fried chicken entrees, and backdrops from either the White family backyard or the RV itself. Oh, and maybe complimentary copies of Leaves of Grass for every attendee?

Perhaps the best part of all, though, is the event’s poster, featured below. Makes Mitte look like Walt Sr. meets Gustavo Fring, which would make for the best spin-off ever. 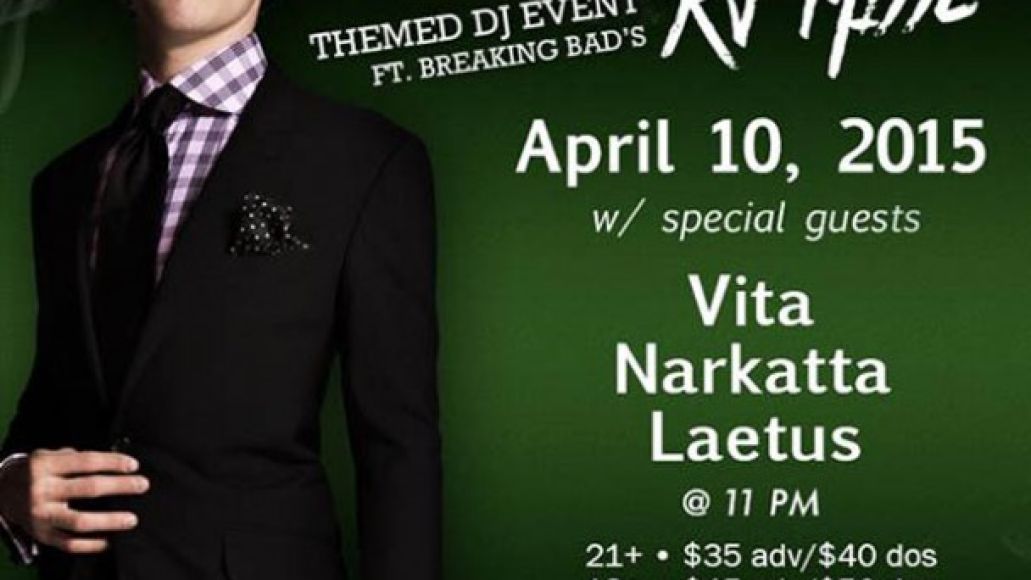 Leading up to the event, Consequence of Sound was able to secure an exclusive look at a portion of Mitte’s setlist:

Now we just need an acid house EP from DJ Schrad-Rock and we should be golden.