His music may be all about neon-colored dance parties, but Diplo is no stranger to controversy. In the last few months alone, he’s found himself at center of a backlash surrounding the Mad Decent Block Party, embroiled in a Twitter beef with Lorde, and incurring the wrath of Taylor Swift fans worldwide. Now, the superstar DJ/producer is facing allegations over using artwork without permission.

The artist in question, Brooklyn cartoonist Rebecca Mock, claims that Diplo made unlawful use of her custom GIF in a teaser trailer for an upcoming Missy Elliott-Jack Ü collaboration. (Jack Ü is Diplo’s ongoing collaborative project with Skrillex.) Mock called Diplo out on Twitter, and in a since-deleted tweet, he responded with some unnecessarily vulgar and misogynistic language. 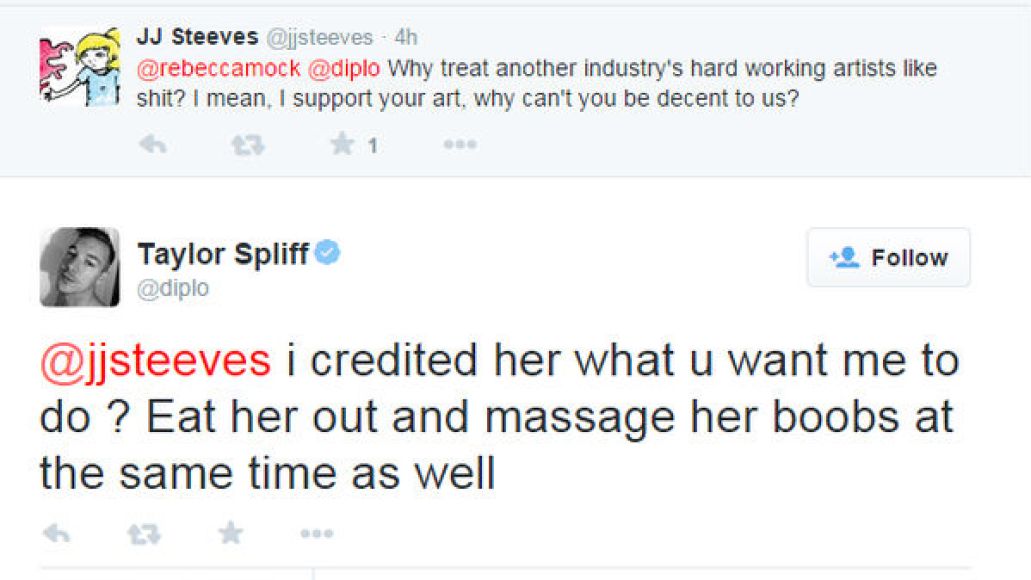 Despite the harsh comments, Diplo did amend the original Instagram post to include credit for Mock. However, in a follow-up post to her personal Facebook page (via Reddit), Mock said she was still upset that “the credit was retroactive, without my consent, and not even a proper tag. His comments were atrocious and inexcusable.”

For his part, Diplo has been making light of the situation, changing his Twitter handle to “Giflo” and posting tweets like “brb going to gif school” and the following: 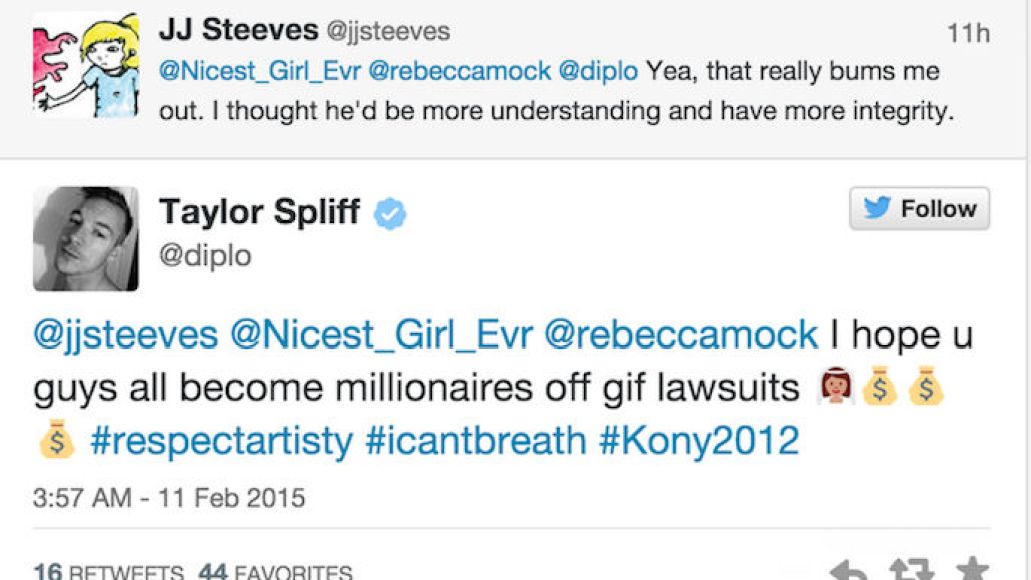 It doesn’t end there, though: After a few other publications picked up on the incident, Portishead’s Geoff Barrow confronted Diplo via Twitter, leading to a nasty war of the words between the outspoken pair: 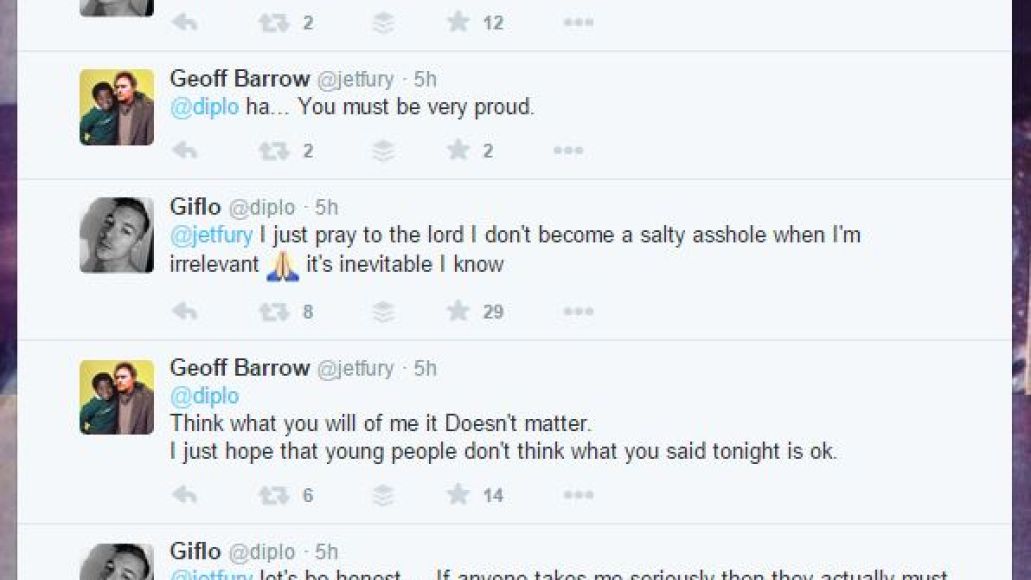 So is Diplo’s crime actually stealing? Perhaps not willfully: Based on how quickly he gave Mock credit, Diplo seems more guilty of ignorance and laziness than intentional theft. His real crime, though, is escalating an issue into such inappropriate and indecent territory. A simple credit and a “my bad,” and this whole ordeal could have been avoided entirely. However, that path doesn’t vibe with the aim of a lot of Diplo’s online activity: generate attention. Controversy sells, and the DJ is fully aware of what this friction does for both his profile and his bottom line.