Like many children, Jemaine Clement had a strong interest in the paranormal when he was growing up. Unlike most, though, the writer, actor, and half of comedy duo Flight of the Conchords was particularly concerned with the day-to-day realities of the supernatural world. While other kids were pretending to be werewolves, vampires, or wizards, he was busy contemplating the sartorial choices of the spirit world.

“When I was a kid, I was like, why would they be wearing clothes?” Clement recalls. “If they’re the spirit of the person, sure, you might accept that, but are their clothes spirits? Of their dead clothes?”

This preoccupation with the mundane secrets of the underworld would eventually result in What We Do in the Shadows, a wry and hilarious mockumentary about vampire culture written by Clement and his longtime collaborator Taika Waititi, who also co-directed. The film, which premiered at Sundance in 2014 and has spent the past year touring film festivals and soaking up critical praise across the globe, finally hits North American theaters this week.

The duo first came up with the idea for the comedy almost a decade ago.

“I’ve always liked vampires and I wanted to make a vampire film, so I suggested it to Taika,” Clement says. “We were thinking about making a film — before that we’d just done theatre and stuff — and it was his idea to make a mockumentary, so that we could do a few things you wouldn’t usually see.”

These unsual things involve following the lives of a group of vampires, including the dandy Viago (Waititi) and the viking Vladislav (a brooding Clement). Shadows mines the minutia that comes with being undead — and generally stuck with the same annoying acquaintances — for hundreds of years. The vampires have to help each other pick out clothing because they can’t see themselves in the mirror. They get stuck at the nightclub door because no one explicitly invites them in. A feeding gone wrong stains their couch.

Another mealtime misadventure results in a new vampire, and he’s even less capable of handling the afterlife than they are. The one human they find absolutely enchanting and irresistible — their answer to Sookie, Bella, or Mina Murray — is a mild-mannered IT guy named Stu who teaches them how to use New Zealand’s domestic version of eBay. And then there’s the local gang of werewolves who try to control their language (their motto is “Werewolves, not swearwolves”) and temper with varying degrees of success.

What We Do in the Shadows began as a short film in 2006, but Clement and Waititi wanted to expand on the idea. They spent the next seven years working on a script for a feature-length version.

“It takes us so long to write something,” Waititi confesses. “It seems like it takes ages, and it’s such a big effort.” 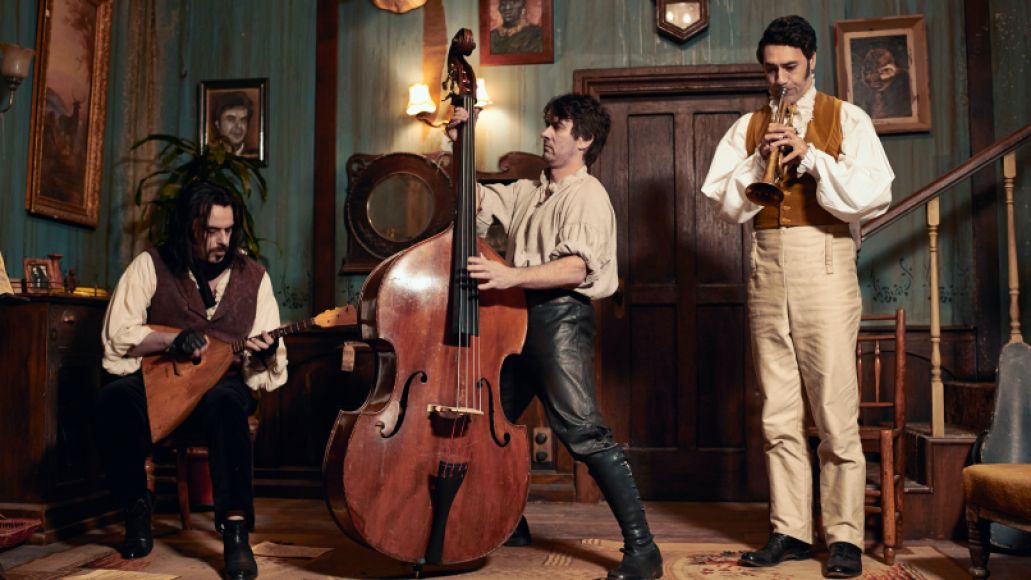 Keeping the script to themselves, the duo guided their cast through a series of largely improvised scenarios that resulted in over 125 hours of raw footage, which they eventually culled into an hour-and-a-half-long movie. While plenty of good jokes wound up on the cutting room floor, Clement hesitates to call the remaining footage an embarrassment of riches.

“Just an embarrassment,” he jokes. He’s also dreading going through all of that footage again to find a good collection of extras for the movie’s DVD release: “There’s so much deleted scenes and stuff. We’re supposed to watch each one, and even going through the email of how many videos we’ve got … it’s a lot.”

Pop culture changed significantly in the years it took the pair to piece together Shadows. The first two Twilight books were out when they made the short, but the series had yet to snowball into a massive, sparkly vampire and hormones-fueled phenomenon. HBO’s campy vamp sex romp True Blood was still two years away, and people were only really starting to think about werewolves again. By the time the film was finished, though, the latest wave of vampire-mania had been running wild for quite some time already.

“In a way, I think it’s good because people are used to it, and people are very aware now, very educated about vampires, or have been reminded,” Clement muses. “Taika and I, we knew a lot about vampires [already] because we’re nerds.”

Neither star seems particularly interested in the latest generation of vampire-related entertainment. “I never saw True Blood,” Waititi admits. “I saw one of the Twilight films, but I don’t really know which one of them it was. I never really got into it.” 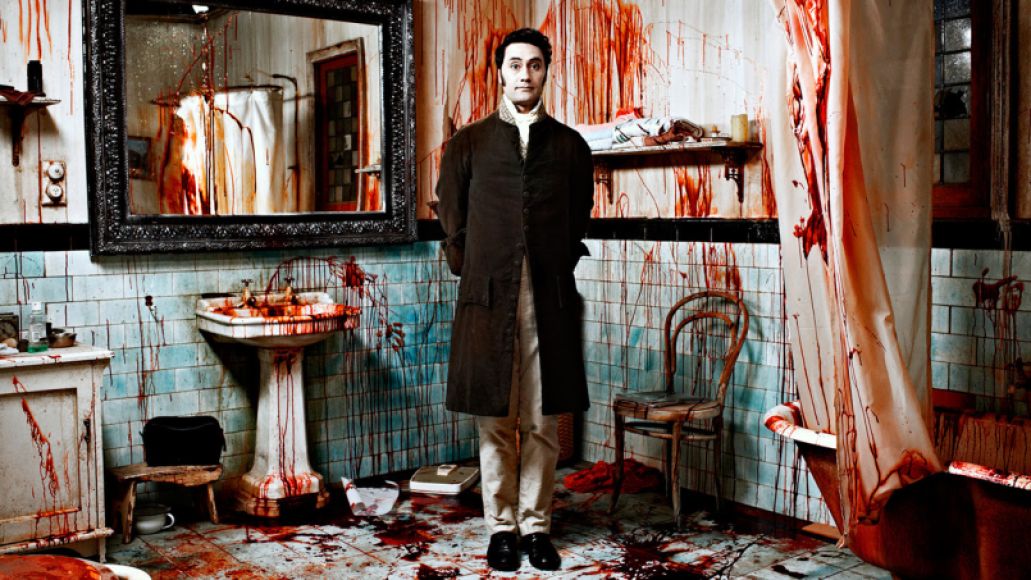 They have no real desire to mock it, either, because their story is its own brilliantly weird entity. There’s a passing reference to Anna Paquin lurking somewhere in the deleted footage, and the movie’s fledgling vampire, Nick (Cori Gonzalez-Macuer), likes to talk about Twilight, but it’s clear he knows absolutely nothing about the franchise. They did consider another Twilight-related joke, but that was also at Nick’s expense.

“When we were shooting, the last installment of Twilight was screening, and we did want to have one thing where, when Nick’s at his lowest point, we wanted to get a shot of the billboard being taken down, the final panels of Twilight being removed,” Waititi says. “So It was like, ‘This is the end of the vampire era.’ But I guess it’s not. It doesn’t feel like the end. Dracula Untold is out. It’s still going. It’s never going to stop.”

The What We Do in the Shadows universe might not be done just yet, either. Now that the two men have successfully skewered vampires, they’re considering a similar look at lycanthropy and giving the swearwolves their own film, as long as their arduous creative process doesn’t get in the way.

“We’re talking about it. I think it’s just getting the story, and there’s other stuff we want to do,” says Waititi.

Together, the pair are also working on another Shadows-related project that would bring the cops who briefly appear in the film to the small screen for a comedy series. They’re also working on a show for HBO. Waititi has other scripts he’d like to direct on his own, and Clement, of course, has that Flight of the Conchords reunion tour to work on.

The biggest obstacle facing a return to the Shadowverse, though, might be the fact that Waititi has lost all interest in playing a vampire now that he’s discovered the perks of being a wizard. He recently directed and appeared in Air New Zealand’s Lord of the Rings-themed safety ad and got to wear the Gandalf getup worn by Ian McKellen’s stunt double as part of his role. Once you go Grey, you never go back, apparently.

“The wizard!” Waititi doesn’t hesitate to reply when asked to choose which supernatural creature he prefers playing. “It’s just so much fun and there’s really comfortable clothes. Oh my god, it was just so comfortable. You could see why he didn’t mind being that character for so many years. You’re essentially just wearing a blanket to work. It’s nice and loose, so you don’t have to worry about working out, and you can just eat, and it covers everything. I just wanted to wear that thing all day long. I’m just trying to figure out ways I could get that as a job.”

Finally Out of the Shadows: Jemaine Clement and Taika Waititi Talk Vampire Comedy