It’s official: Florence and the Machine will release their new album, How Big How Blue How Beautiful, on June 1st in the UK via Island Records and a day later in the US via Republic. Earlier this week, the band unveiled the album’s title track (and music video). This afternoon, BBC Radio 1’s Zane Lowe premiered the first official single, “What Kind of Man”, and also confirmed the LP’s title and release date.

On “What Kind of Man”, the group opt for a more classic rock firepower with searing guitar riffs weaved between Florence Welch’s high-flying vocals. We always knew the frontwoman had bite, but this track just might be her fiercest one yet.

How Big How Blue How Beautiful serves as the follow-up to 2011’s Ceremonials. It was written over the course of two years in London and Los Angeles and recorded alongside producer Markus Dravs (Arcade Fire, Coldplay, Björk). It features contributions from Goldfrapp’s Will Gregory, Paul Epworth, Kid Harpoon, and John Hill. Below, read a statement from Welch regarding the LP, followed by the artwork:

I guess although I’ve always dealt in fantasy and metaphor when I came to writing, that meant the songs this time were dealing much more in reality. Ceremonials was so fixated on death and water, and the idea of escape or transcendence through death, but the new album became about trying to learn how live, and how to love in the world rather than trying to escape from it. Which is frightening because I’m not hiding behind anything but it felt like something I had to do.

How Big How Blue How Beautiful Artwork: 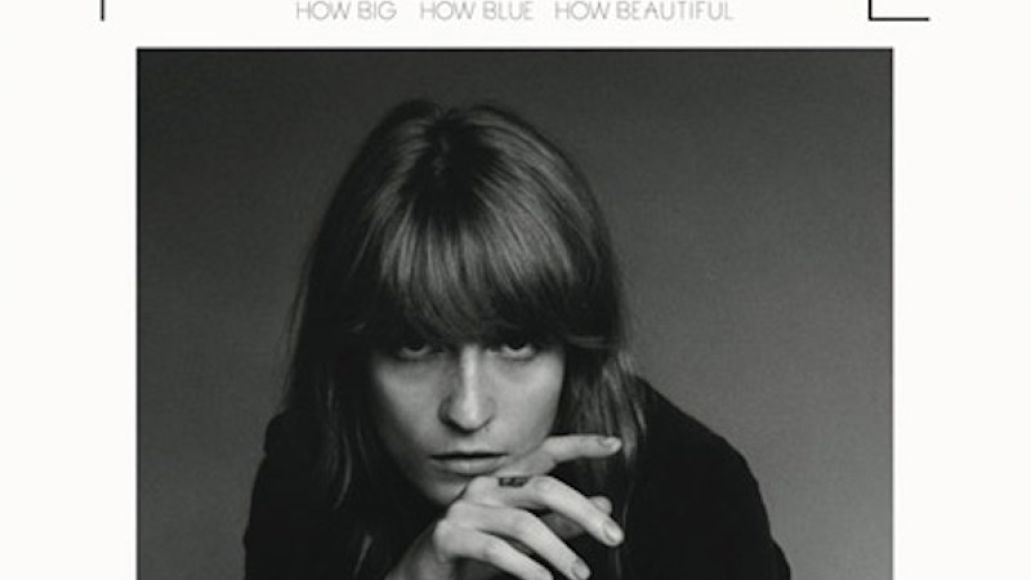 Florence and the Machine premiere "What Kind of Man", the first single from new album -- listen