The best festival of 2014, New York City’s Governors Ball will return to Randall’s Island Park the weekend of June 5th-7th. The lineup was announced back in January, but today the festival promoters have revealed the daily breakdown of the bill. For those thinking of buying a single-day pass but unsure of when to pull the trigger, now would be a good time.

Friday’s opening festivities will be headlined by Drake and Florence + The Machine, with My Morning Jacket, St. Vincent, Chromeo and The Decemberists taking the other top spots. Death From Above 1979, Ratatat, Charli XCX, Twin Shadow, MØ, Benjamin Booker, and The Districts will play throughout the day.

The Black Keys and Lana Del Rey will have closing duties on Sunday, supported by Noel Gallagher’s High Flying Birds, Tame Impala, Hot Chip, and The War on Drugs. “Weird Al” Yankovic also has a slot on the final day, as do Big Gigantic, Flying Lotus, Sturgill Simpson, A-Trak, and Strand of Oaks.

For the complete breakdown, check out the daily poster below. Single-day passes go on-sale Friday, February 20th at noon ET, with three-day and VIP tickets already available; purchase any and all tickets here. A limited Citibank pre-sale for one-day passes will launch at noon today (February 17th), so head here to get in on the early action. (All you need is the first six digits of your Citibank card to unlock the promo!) 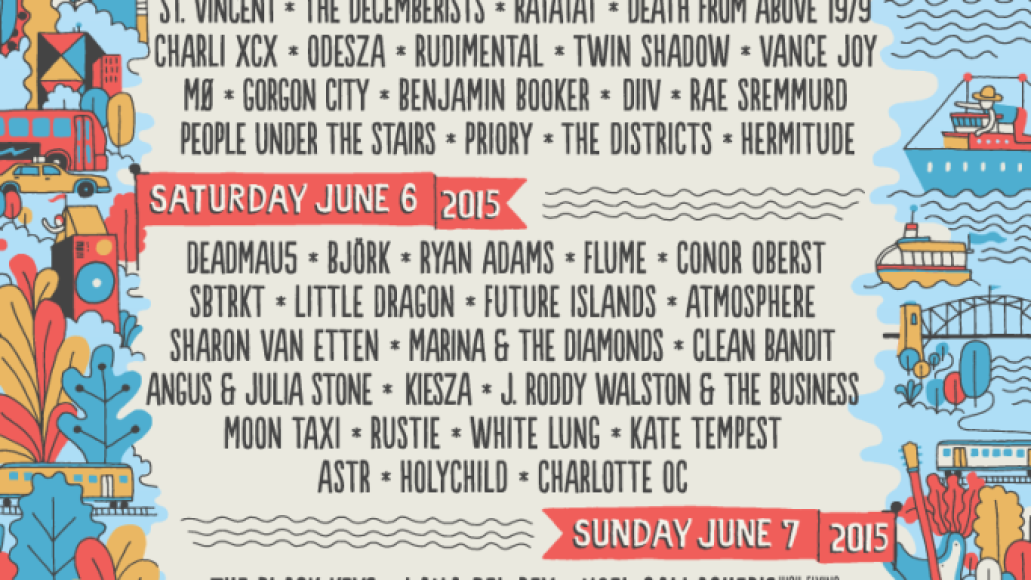