Everything you’re about to read is 100% true: On Monday, February 2nd, Jack White played a show at the McCasland Field House on the campus of University of Oklahoma in Norman, Oklahoma. During the performance, he publicly called out the university’s newspaper The Oklahoma Daily for its printing of his contract with the university as well as his tour rider. The paper defended the publishing of said documents, citing its right under the Freedom of Information Act, but White responded by telling the audience, “Just because you can type it on your computer doesn’t make it right.” In the days that followed, OU was informed that it was being blacklisted from any future Jack White performances as well as all other artists represented by William Morris Entertainment.

White’s main contention seems to be over the paper’s disclosure of the financial terms ($80,000 for the show). He also presumably didn’t want his guacamole recipe out in the public. That’s right: White’s rider contains an entire page listing the ingredients for guacamole he wants served backstage. 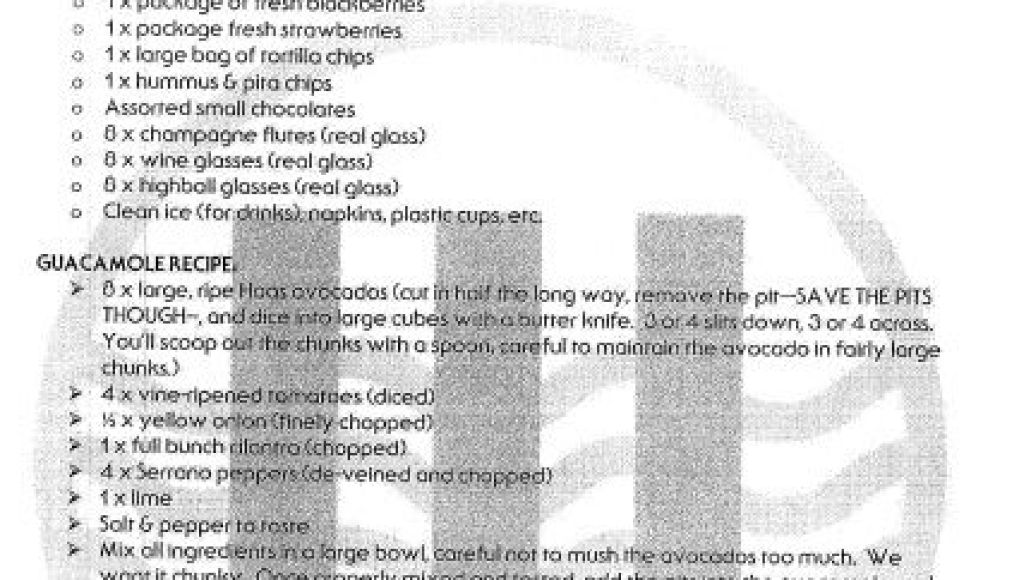 The rider also stipulates White’s no-banana policy (“We don’t want to see bananas anywhere in the building”), and his post-show meal of “New York strip steak, cooked medium, with steamed vegetables on the side and no sauce.” In his defense, neither of those requests come close to Van Halen’s no brown M&M’s.

According to The Oklahoma Daily, the university has been blacklisted by WME for mocking White “and they don’t want any other artists treated that way.” The ban will remain in effect “until this policy is modified not to disseminate private information.”

White seemed to be in a better mood Thursday night as he delivered a thundering performance of “That Black Bat Licorice” on The Tonight Show.

Update – 6:00pm: White’s management has issued the following statement, emphasizing that neither Jack nor his management said he would never play the university again. That does not however apply to WME’s blacklisting.

To the students and staff of University of Oklahoma:

Jack White would love to thank all the concert attendees at his performance at the University of Oklahoma. The crowd was incredible and Mr. White played an extensive two and a half hour show for them. The students who helped organize the event were wonderful. Playing in, and for, the people of Oklahoma is one of Jack White’s favorite tour stops. At no time did Jack White or White’s management say that we would never play there again, that is untrue.

The incidents with the OU Daily student newspaper reporting the financial terms of the show, the private tour rider information, along with unsolicited photographers from their staff were unfortunate, unprofessional, and very unwelcoming. The show was one of many on this tour directed at playing for university students in their own environment. And the band were all completely thrilled with the performance and the crowd.

Incidentally, the most important function of a rider is that it lays out optimal technical specifications to ensure the audience has the best experience possible. For that, Jack hires a team of very qualified touring professionals who write the rider and attempt to execute a professional and pleasant experience for all involved. Part of that is making sure that the tour personnel of about 30 people plus the local venue staff are fed. Contrary to what some believe, Jack doesn’t write the rider nor make demands about his favorite snacks that must be in his dressing room. We’re not even sure he likes guacamole but we do know that the folks who work hard to put on the show do enjoy it.

(By the way, now that’s it out there, we recommend you try Lalo’s guacamole recipe. It’s delicious.)

We hope those present for Mr. White’s performance are able to maintain their good memories from the experience and he looks forward to seeing them again soon.