This afternoon, Kanye West held a fashion show in New York City to debut the Yeezy 750 Boost, his first shoe with adidas. The event was soundtracked by a brand new song from Kanye, the first track off his upcoming, as-yet-announced seventh studio album. Entitled “Wolves”, it features Sia and Chicago rapper Vic Mensa and was produced by Cashmere Cat (Miguel, Ariana Grande). Listen to a fan recording below.

“Wolves” is the third track confirmed for the follow-up to Yeezus. In recent weeks, he’s also debuted the Paul McCartney collaboration “Only One” and the McCartney and Rihanna-featuring “FourFiveSeconds”. As of two weeks ago, the album was still without a title and release date. 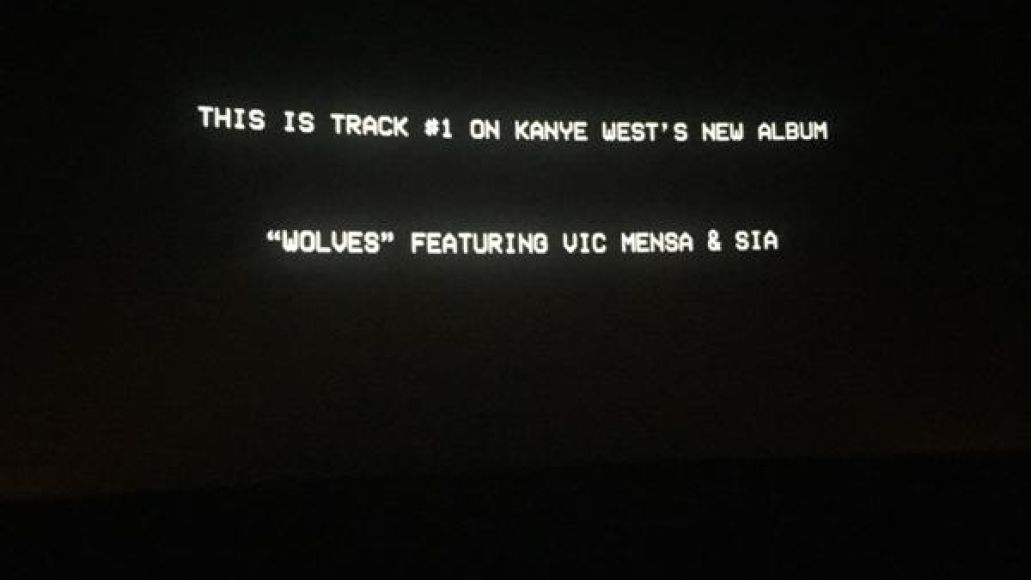 Update: Watch the full fashion show, including the debut of “Wolves”.