It’s hard to figure out Natalie Prass’ exact headspace right now. She works on a debut album with the hope that people pay attention, the same hope that countless artists have week in and week out. Then people do pay attention, and she earns rave reviews. This results in her tiny gigs being packed; they’re maybe too tiny, but it was obviously hard to predict the kind of fanfare she would have just a couple weeks ago. Even Ryan Adams shows up to watch. Shit is flat-out bonkers.

As insane and surprising and fulfilling as Natalie Prass’ life might be right now, she was cool and in control on the small stage at Hollywood’s Hotel Cafe on Wednesday night. Prass led a three-piece backing band, which included the album’s co-producer and string arranger Trey Pollard. The thing is, though, that Prass’ live presentation at this point doesn’t include the orchestral arrangements from the record, making her performance a testimony to the quality of the songs she has written. Ultimately, they are the driving force behind her debut, not the way it was produced. This is the philosophy that made her live set a success, and left fans not wishing to hear the songs in their technicolor forms, but appreciating the bare bones, low-key functionality of the live incarnation. 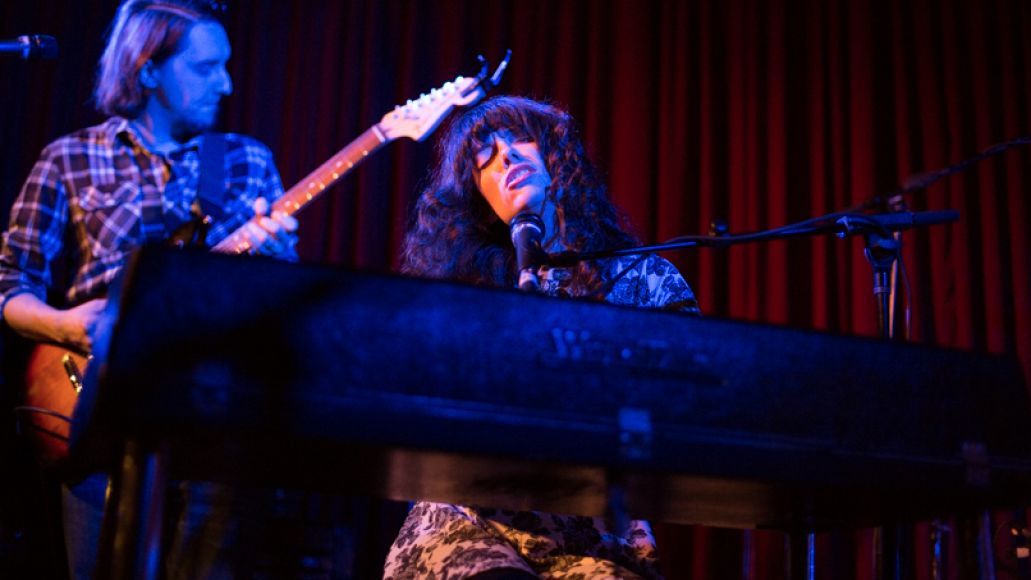 This was never more evident than on a mid-set run of “It Is You” with a spare backing of just guitar, bass, and drums, Prass took to the edge of the stage to pluck melodic pedals delicate enough to blend into her floral print dress. The song was a revelation, with Prass leaving the stage to watch her band from the audience as they sauntered through the bridge. People ate up every word.

The stripped-down show was even enough to adjust some previously held impressions. Prass’ penultimate number, “Reprise,” which is a slower, speak/sing rendition of the night’s opening song, “Your Fool”, benefited from being less busy than on record. Prass elected to lift her spoken word with more grace than on her album and allow space for her sung moments to resonate. And the separation of the two versions of the same song at the opening and conclusion of the set worked better than on the album. The live “Reprise” played well enough to reevaluate the album version, and gain a better appreciation for it. 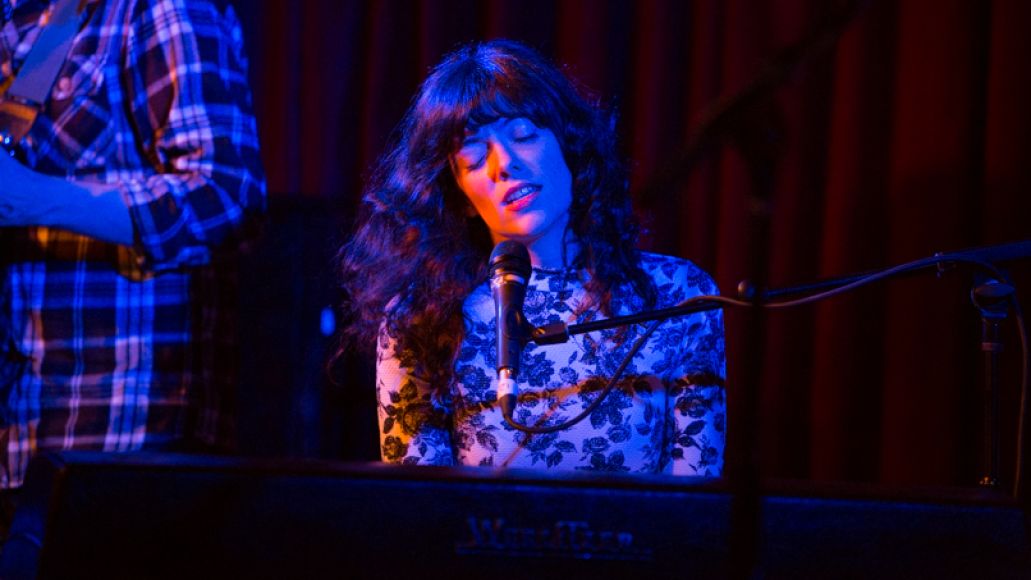 Otherwise, Prass’ music managed to hit on the same highs as her great LP. “My Baby Don’t Understand Me” saw her band drop away many times, allowing Prass to go it alone and pave the way for standout moments when the group would rejoin her and she would punch in a high note. Likewise, “Violently” started with a solo Prass, only to faithfully build towards its satisfying peak, every bit as emotionally powerful as it should be. Prass even warned that the cover may be a bit shocking in some circles before playing the suggestive Janet Jackson classic “Any Time, Any Place”, hitting a home run with the piano-driven R&B groover.

These small room shows won’t last. Just tomorrow, Prass will appear on stage at the El Rey to open for Hundred Waters, a venue five times the size of the Hotel Cafe. But for now, seeing Natalie Prass in full control, not paying mind to her rapid ascent, is refreshing. Her music deserves all the acclaim it earns. Sometimes the good ones win.

Setlist:
Your Fool
My Baby Don’t Understand Me
Bird of Prey
Never Over You
It Is You
Violently
Any Time, Any Place (Janet Jackson cover)
Reprise
Why Don’t You Believe In Me 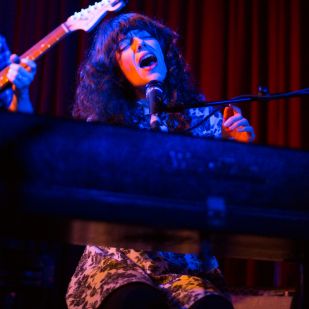 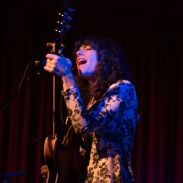