Before she broke through to international stardom with mega-hits like “You’re Still the One” and “Man! I Feel Like a Woman!”, Shania Twain rewrote the rules of mainstream country from the nation just north of its birthplace. The Canadian singer and songwriter might have turned a few heads with her debut self-titled album in 1993, but her follow-up, 1995’s The Woman in Me, launched her career as a confident new voice on the country charts. Twain’s sound slashed across genres, pulling in classic rock muscle and pop sheen to bolster her magnetic vocal presence.

The Woman in Me turns 20 today, so we reached out to country rock songwriter Lydia Loveless to look back on its legacy.

I became aware of Shania Twain when I was 11 years old and listening to the radio for the first time. At the end of elementary school, her songs were all over the place. So, I knew pop Shania with “Man! I Feel Like a Woman!” and “That Don’t Impress Me Much”. Going back through The Woman in Me, it’s cool to see the place she was in before she crossed over into the pop mainstream. Was that album something you listened to when you were younger, or is it something you came across later on?

I was five when it came out. I probably didn’t start listening to it until I was a little older, after all the poppier stuff came out. But a lot of these songs I definitely have used in the past to mend my broken heart, which is kind of embarrassing. I’ve been revisiting it, and it’s like, “Oh my Lord.” It’s very cheesy.

Yeah, but at the same time, it was 1995. When this came out, it wasn’t really like anything that had been popular in country before. It seems to pull from so many places at once.

Yeah. You have to cut it some slack being from that era. It was also when country was on the cusp of turning into what it is now. But it still had that soulful, real country edge to it. It’s definitely a product of its time.

I think it came out right when the genre wasn’t as rigidly defined anymore. It’s obviously a country album, and it sold well among country fans, but she pulls from classic rock, too. There’s that Queen beat on “Any Man of Mine”. They basically recreate the drumbeat from “We Will Rock You”.

Yeah, that’s definitely a thing. A lot of it is like that. You almost expect it to turn into a Mötley Crüe song or something.

But then it switches modes halfway through the song. It’s got all these dynamics that other country singers weren’t really working with so much at the time. That must have helped her break through and become the megastar that she ultimately became.

It definitely sounds like the soundtrack to girls’ night out or whatever. Getting crazy in the sticks.

It’s wild to think that she’s the best selling female country singer of all time. When I think back, she doesn’t really come to mind when I think of the most successful artists ever. But if you read through how much she’s actually sold, it’s amazing. There’s this broad appeal to her music that you start to see on this record.

Yeah, for sure. Country isn’t something that I would think of as the best selling genre, but looking back at where I grew up, that was probably the only music a lot of people were buying. Even once digital started taking over, I’m sure people were still going to Wal-Mart and picking up the latest Shania Twain or Toby Keith or whatever.

Did you grow up listening to a lot of country?

I personally didn’t, but my friends did. It was around, definitely.

How did you start getting into this album if it was something that you came to later on?

For me, it became closer to my heart because once I moved away from the country, I had nostalgia for it. I don’t consider Shania Twain to be one of the horrible, really phony singers in that genre of pop country. It was a way to listen to that and reminisce about the days of old or whatever and not necessarily have to dive into the really bad stuff. It’s comforting to me, I guess.

Both you and Shania started performing really young. Do you feel a kind of kinship with her in the way that you use country in your own music?

I wouldn’t necessarily say that I’m that similar to her. I think there is something to be said for the country girl starting out. Obviously her career has grown into a much more pop sound, but just having that part of your personality, it comes out in your music, especially early on. I don’t know what it is about that. It’s a good way to start writing, because country music is so simplistic and centered around telling your stories. I think that’s probably why people who branch out into more intricate songwriting do often start with country songs. 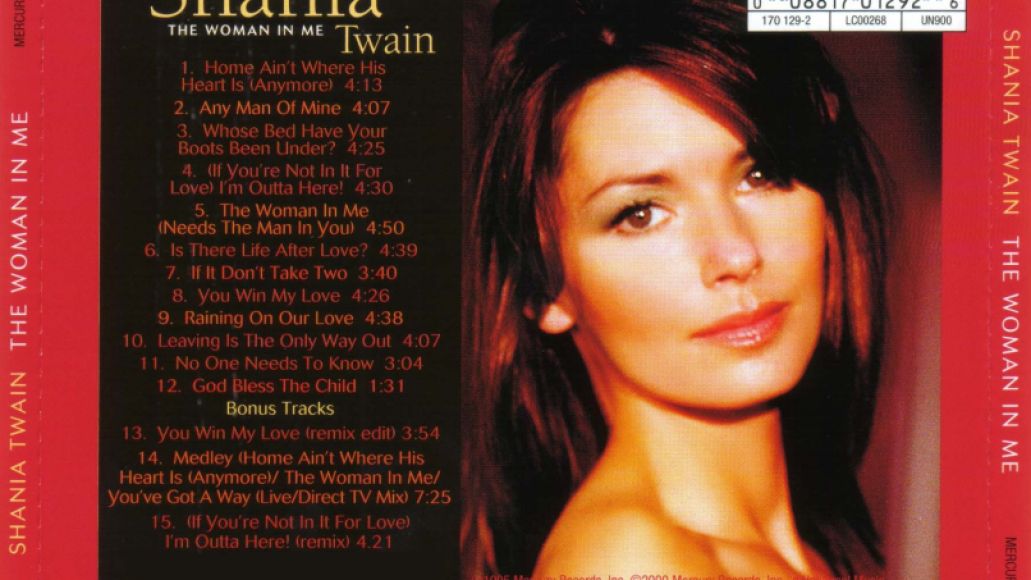 It’s more narrative-based, and there are more direct addresses. It is one heck of a heartbreak album. Do you have any specific memories of getting into this album for the first time? Was it something you could turn to after a breakup?

There are a few songs that I remember hearing as a kid. It’s definitely a mixture of empowering, like “Any Man of Mine”, how it starts out with that “We’re going out to the bar!” And then there’s the sadder ones, like “Whose Bed Have Your Boots Been Under?”. I remember listening to that a lot when I was madly in love with some dude. There’s definitely a few of those songs that I would turn to to mope about certain guys before I was really writing about it myself. It starts off with “Home Ain’t Where His Heart Is Anymore”, which is a very melodramatic song, like, “He left me!” Oh my God, woman. You’ve got to start off on a higher note than that.

She does have that blunt edge. But as a singer, I think she has a lot of nuance too. It can be hard to get into that if you only know the hits. I don’t think people always give singers credit for the choices they make in their voice. Even if you’ve got some innate talent, there’s still so much work that goes into singing. It’s cool to hear her take advantage of not just her vocal range but also an emotional range that comes along with that.

You can definitely hear her different voices. She does a lot of the talky, flirty country gal thing. And then she has the emotional, melodramatic “I’m missing my man.” And then there’s the powerful “We’re going to go out and flirt with dudes.” There’s all kinds of stuff in there.

A lot of people are technically too young to know her heyday, so it is interesting. I remember reading a couple years ago that she was doing a Vegas residency. 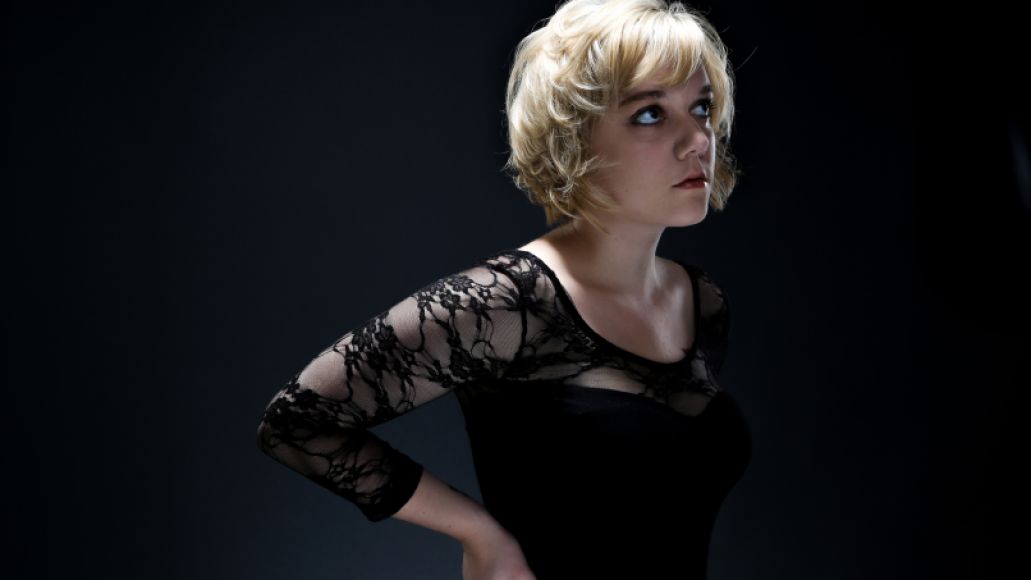 Yeah. It’s funny: You associate those with artists who are in their golden years, to some degree. But she’s still relatively young, and I think she’s actually working on a new album. It doesn’t seem to be over for her. Is she someone that people are still talking about and listening to?

Not a lot, but I think she’s pretty respected even by people who don’t listen to pop country. I think she’s considered a little more authentic than a lot of people. She’s kind of untouched because she hasn’t put anything out in so long. She hasn’t really made the “I’m doing this for the mortgage” record. Like, “Here’s a song about texting.” She’s still riding on the “Oh, that was the ’90s, so if it’s cheesy it’s the times.”

I wonder what her concerts are like now. I wonder if it’s a total ’90s throwback.

Now I’m going to have to look her up and see what she’s doing.

Lydia Loveless’ last album, 2014’s Somewhere Else, is currently available via Bloodshot Records. Currently, she’s working with filmmaker Gorman Bechard (Color Me Impressed, What Did You Expect?) on a new documentary titled, Who is Lydia Loveless?, which is seeking funding through a KickStarter campaign that runs until March 18th.

Lydia Loveless Remembers Shania Twain's The Woman in Me