Daft Punk’s helmets have long been a fixture that not only kept the French electronic duo’s faces a mystery, but helped define their robotic, futuristic persona. Now, a new statue by Xavier Veilhan has seemingly done the impossible: unmasked Thomas Bangalter and Guy-Manuel de Homem-Christo.

Composed of birch plywood and created using 3D scanning, the sculpture is part of Veilhan’s new “Music” exhibit at New York’s Galerie Perrotin. In a recent interview, Veilhan spoke about the artwork, revealing that it was in fact Daft Punk’s idea to be portrayed without helmets:

“The funny thing is I didn’t even ask them,” Veilhan tells me via phone call while installing Music, a double exhibition opening this week at Galerie Perrotin’s New York and Paris locations. “It was a very logical response to my proposal: I proposed to introduce them as producers, not as musicians, and so after talking to them, we decided that they should appear with their civilian names. […] They proposed to me: ‘Okay, we should make the sculpture the non-existing image of us. So if somebody wants to see how we are like in real [life] they’ll have to look at the sculpture.” 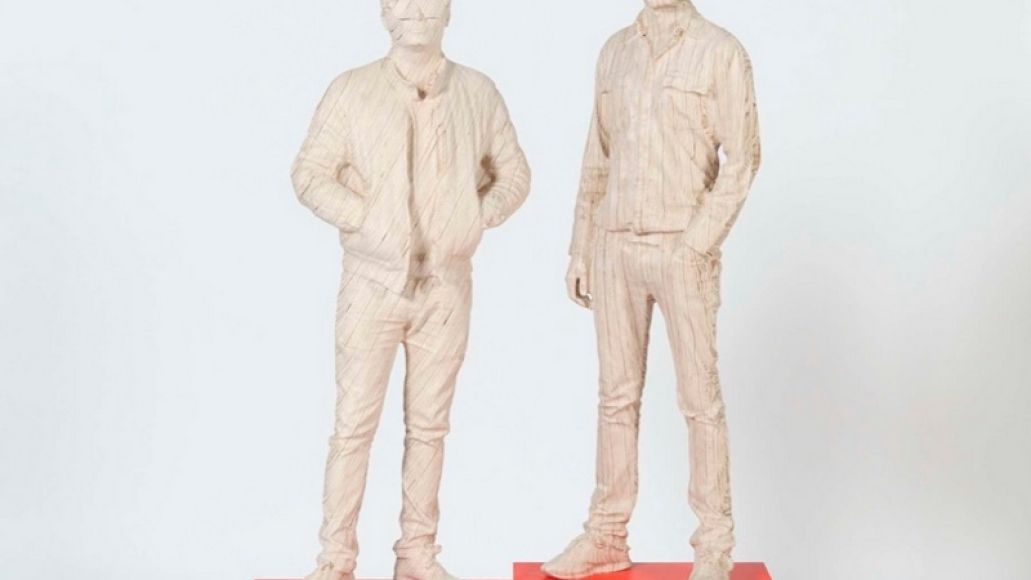