Welcome to Remake This!, a series where we look at past movies and not only propose they be remade but suggest how to remake them. Whether a movie tanked, had a good concept hidden within a weak film, or we just want to give something another chance, Remake This! is a cinematic “What If?” wish list. Our last installment considered the upside of remaking a DC property, and this time we try to finally get the Kurt Vonnegut adaptation we deserve.

“Of course it is exhausting, having to reason all the time in a universe which wasn’t meant to be reasonable.” – Breakfast of Champions 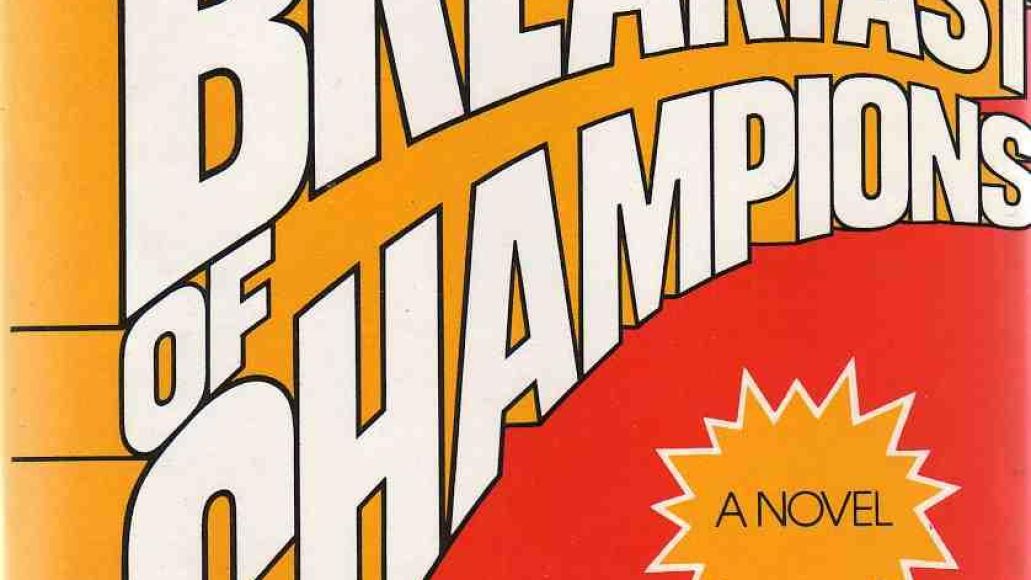 Based solely on the opening credits, full of Xeroxed illustrations and jungle sound effects and cha-cha-cha elevator music, it’s pretty clear that Alan Randolph’s Breakfast of Champions is going to suck.

Now remember that Alan Rudolph’s Breakfast of Champions was a 1999 adaptation of the laugh-y, daffy Kurt Vonnegut novel.

The book is insane, an absurdist masterpiece. It’s a free-form goof on commerce, middle-aged men, literature, and Americana, told (if that’s what you want to call Vonnegut’s marvelously poly-Byzantine prose) through the wild experiences of a car salesman and the author he fixates upon.

Rudolph’s movie, however, is a total tonal disaster. It’s what an out-of-touch middle-aged man thinks weird Americans are like. It’s a movie populated by wacky characters being wacky for the sake of being wacky, and nobody in the film seems to be in on the joke. Or they don’t get it. Or they just don’t care for it. Bruce Willis is Dwayne Hoover, the manic auto dealer, and he’s so bad his toupee likely asked to leave over creative differences. Plus, Breakfast is shot at angles that would give Terry Gilliam a headache, with “trippy” graphics straight from your parents’ old Macintosh. This Breakfast of Champions is a special kind of disaster, annoying, persistent, and just plain ugly. In short, Rudolph’s movie is damn near unwatchable. It’s worth a free viewing on YouTube if you’re into baffling cinematic curiosities, like Nick Nolte in a tutu or Owen Wilson in a perm interviewing the great Buck Henry. It’s all very … *shudder* wacky. 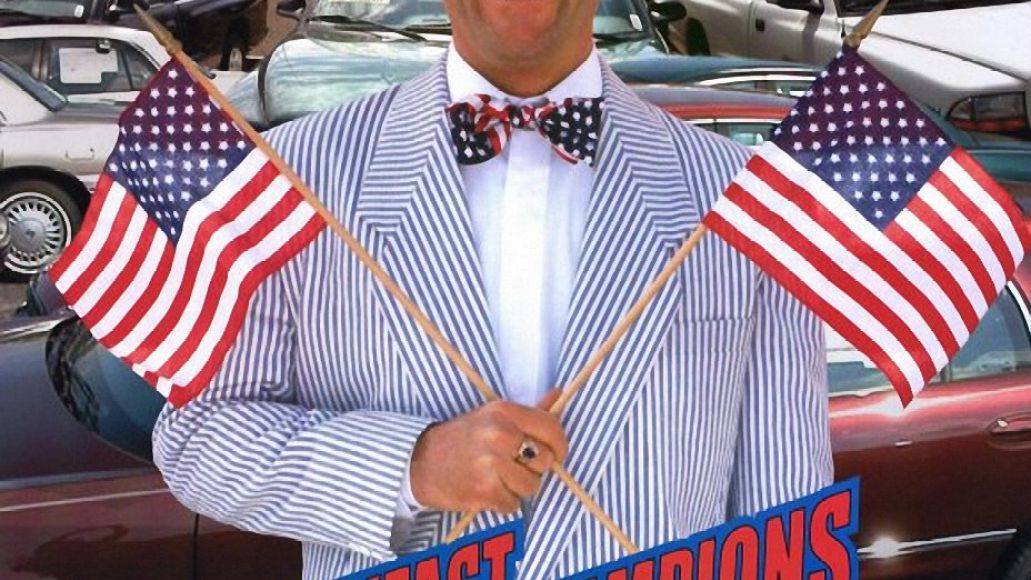 But there’s still something to it, a special and difficult-to-describe quality in its polymorphous premise. The book is popular, after all, and it was adapted for a reason.

Rudolph’s failure isn’t entirely his fault; it’s almost impossible to imagine Vonnegut’s riffing book as a film. It’s more a series of literary asides than a proper story. Yes, it’s technically a comedy, or at least the book is really funny. Maybe it’s better adapted as a performance art piece or a traveling exhibition rather than a movie. That may have been Rudolph’s first mistake. It’s tough to make heads or tails of the book, which is why the idea of a movie is noble lunacy.

The book wound up as some sort of mishmash cult classic. In the preface, Vonnegut himself said, “I think I am trying to clear my head of all the junk in there — the assholes, the flags, the underpants. Yes — there is a picture in this book of underpants. I’m throwing out characters from my other books, too. I’m not going to put on any more puppet shows.” It found a place somewhere in the author’s weird and wonderful oeuvre as some sort of gonzo middle work. Vonnegut was testing the limits of his snarkiness and language here, to depict “two lonesome, skinny, fairly old white men on a planet which was dying fast.” At its simplest, it’s about Dwayne Hoover, the mad car man, and Kilgore Trout, the mysterious science fiction author. Knowing those two is just an easy in for a book populated by closet cross-dressers, human-parrot dependencies, an unreliable and possibly schizophrenic narrator, and a main character who thinks everybody in the world but him is a robot. It’s like a cosmic joke on the pitiful and strange people we may just know in our everyday lives.

People come and go as Dwayne goes mad, and on page it reads like an acid-trip Altman tale. There’s Wayne Hoobler, the gorgeous-toothed parolee. Bunny is Dwayne’s gay son, who plays piano at the Holiday Inn lounge. What farce is this? Vonnegut even dabbles with illustrations by sketching American flags and footballs and vaginas and Holiday Inn signs and snakes eating their tails and so on. Breakfast of Champions is weird for the sake of weirdness, and it’s the book’s most distinct and delicious quality.

But this begs the question: Was Breakfast of Champions ever adaptable? Should somebody try again? Uh, absolutely! It would sure make for one hell of a challenge. The original film was so gauche and miscalculated that a remake would have the chance to right its wrongs and give Vonnegut a proper homage. If enough focus could be found in its attention-deficit material, it could make for a dumbfounding comedy. It just needs the right talents. 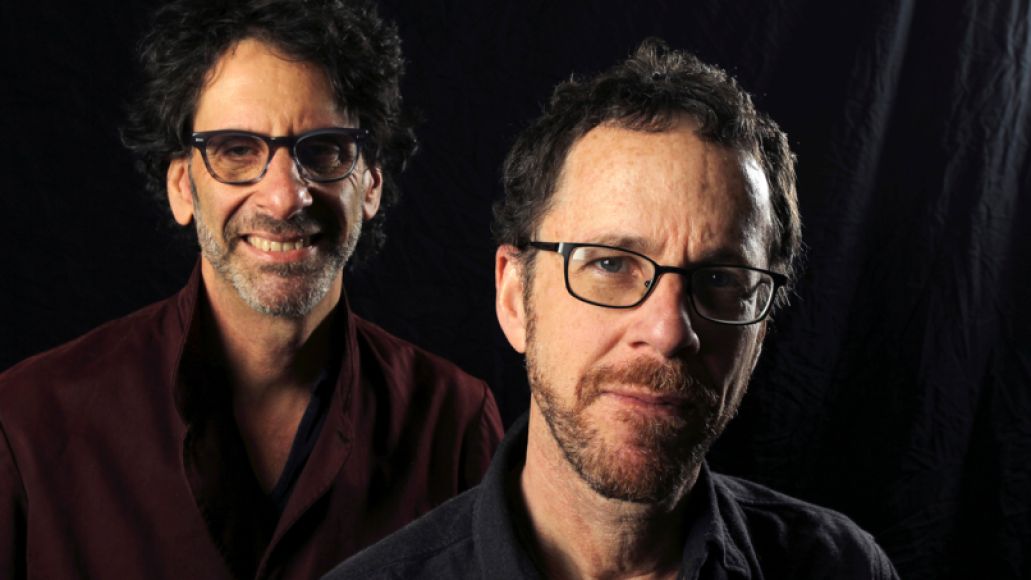 If only Robert Altman were alive and interested in this project. He at least knew his ways around deadpan satire and colorful casts — and according to IMDb, he was damn close to making this in the ‘70s. After Nashville, Dino De Laurentiis bought the rights to the novel for Altman, and he had a cast lined up that included Alice Cooper, Ruth Gordon, Peter Falk as Dwayne Hoover, and Sterling Hayden as Kilgore Trout. That’s one hell of a “what if,” because the project went into turnaround after Altman flopped with Buffalo Bill and the Indians. Granted, if Altman’s Breakfast did go into production, who knows what that end product might have been like or if Altman would have grown bored making it. Man, ‘70s directors should have made this when they had the chance.

So who now? Well, Altman protege Paul Thomas Anderson could probably take a fair crack at this after his calculated experiments in psychedelic cinema with Inherent Vice. It’s an obvious and intriguing fit. Maybe too obvious.

See, Breakfast of Champions is a wild novel about life as we know it or something hilarious and incomprehensible like that. Does this beg for a Dadaist? A zany, avant rule-breaker like Jean-Luc Godard or David Lynch? Maybe, but those guys have very set, idiosyncratic senses of humor that might clash with this. What about a wild humorist like Terry Gilliam or Edgar Wright? These are strong filmmakers with their own distinct personalities, which is good, but they’d likely turn Vonnegut’s already strong and snide voice into their own ideas. Think now, someone has to nail a tone that’s incredibly hard to articulate. Who pairs well with Vonnegut’s intellectual vulgarity?

You know, the Coen brothers could make this the best possible movie it can be. Think about it: Their elegant framing and disciplined plotting offsets and elevates the oddball characters they present. It worked for Raising Arizona, Barton Fink, The Big Lebowski, Burn After Reading, and about 10 other films. They’re America’s smart-ass sweethearts of cinema. Vonnegut’s acerbic voice would translate well within their oeuvre, too. The Coens could totally sell audiences on a mentally unstable car salesman squaring off with an author, his friends and family, and the universe at large. And imagined robots … really, it’s like the next logical step after Fargo or A Serious Man. They can handle characters like Dwayne Hoover and Kilgore Trout.

OK, the more this swirls around the mind, the more I’m convinced we need to get this into production as soon as possible. What are the Coens working on after Hail, Caesar!? How much are the rights to Vonnegut’s work? 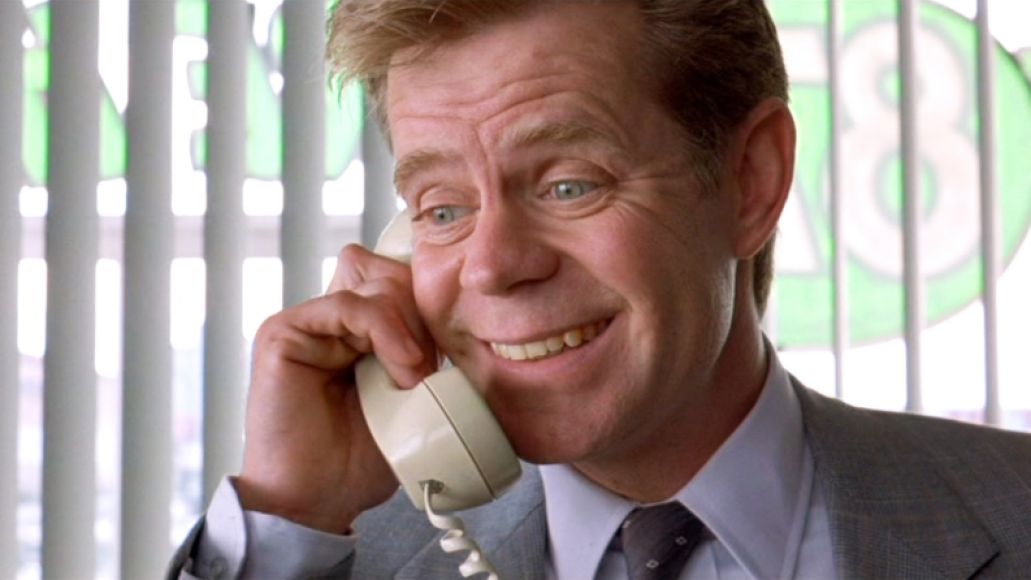 Not to make all the same moves, but Jerry Lundegaard himself, William H. Macy, would make a splendid Hoover. Setting aside the car salesman veneer, he could absolutely sell that pained “gee, shucks” demeanor Dwayne performs before the psychotic break. And when he breaks, it would be amazing given what a sweet and witless guy Macy seems to be. He’d be perfect as the “fabulously well-to-do” Pontiac dealer, the “novice lunatic.”

As for Kilgore Trout, the lone and influential author, Jeff Bridges could not only work the enigmatic angle, but he’d be a popular actor with the skill and commercial prospects for this strange premise. And you know The Dude would be down for something like this. You can practically hear him in an epilogue, saying, “To be the eyes and ears and conscience of the Creator of the Universe, you fool.” 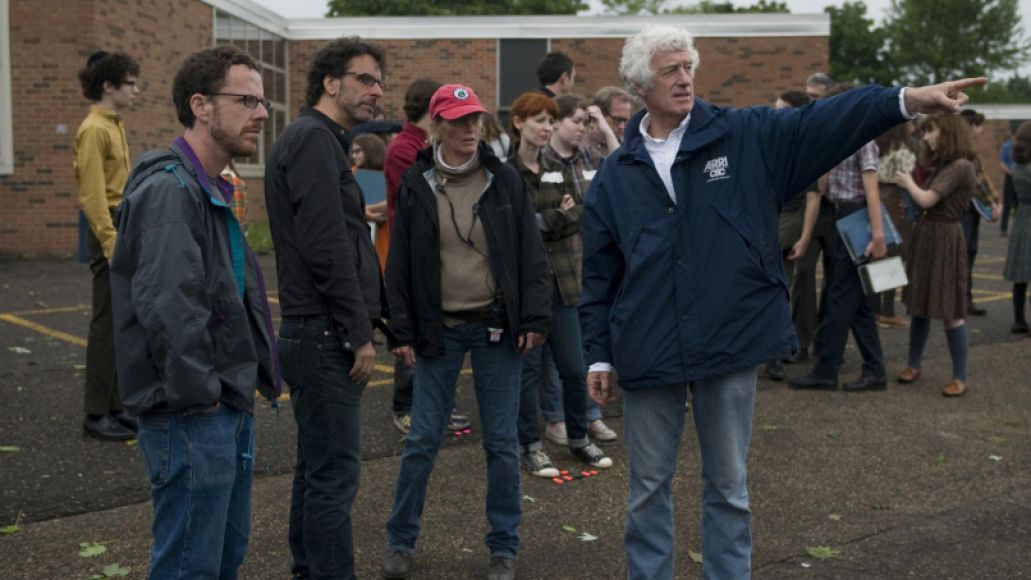 We’re just fantasizing about this as a Coens joint now, so get the standard gang together. Roger Deakins at the lens, Carter Burwell conducting an orchestra. Name a Coens crew member of note, and they should get in on this.

Remake This! Breakfast of Champions