What’s most thrilling about the Sundance Film Festival is walking around Park City, Utah knowing there’s a future Oscar hit just around the corner. This past year, it’s anyone’s guess: Jason Segel could win Best Actor as David Foster Wallace in James Ponsoldt’s The End of the Tour, screenwriter Jesse Andrews could snatch a Screenplay nod for Me Earl and the Dying Girl, and if there’s any justice left in this industry, then Bobcat Goldthwait’s Call Me Lucky could at least be up for discussion.

Not knowing is both frustrating and exciting, but somewhere in the icy muck is a winner that critics will eventually be talking about ad nauseam for months and months to come. For now, all we can do is speculate about 2014’s past graduates ahead of tomorrow’s red carpet festivities: Will Boyhood or Whiplash step through the finish line? Or will they walk away prestigious nominees?

They wouldn’t be alone in either situation. For over 30 years, countless films have made the Sundance to Oscar shuffle. To celebrate this remarkable and exhausting feat, we did the whole listicle thing and chiseled down the festival’s award-winning exports to its 10 best. Agree, disagree, stomp around screaming in the name of Redford, do what you must, but please, please, please … read ahead first. 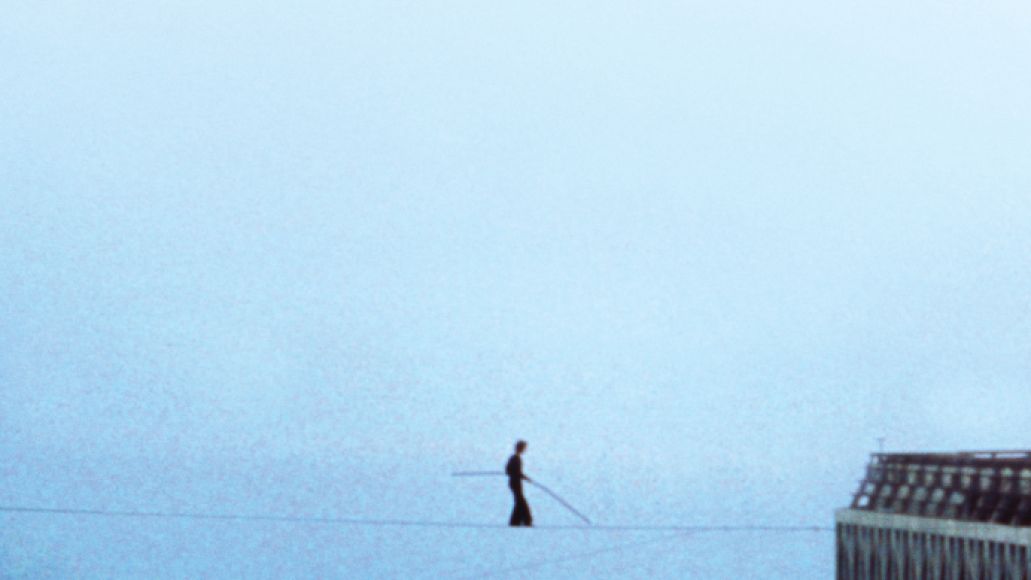 In 1974, Philippe Petit and a crew of mostly French wanderers and hippie types broke into the World Trade Center and wired a tightrope between the Twin Towers. He didn’t do it for any particular reason, or even for the attention, though he hardly minded it. For Petit, “there is no why.” It was simply to amaze, to test the boundaries of human endeavor.

This has been a recurrent theme for director James Marsh, whose Man on Wire won the 2009 Academy Award for Best Documentary Feature and who returns to the Oscars on Sunday with The Theory of Everything. But of the two, Man on Wire is his more substantial work, the story of an idealist seemingly unreached by the cynicism of the modern world, a man who simply wants to do incredible things that nobody’s done before. It’s as breathless and sincere as documentary filmmaking gets. —Dominick Mayer 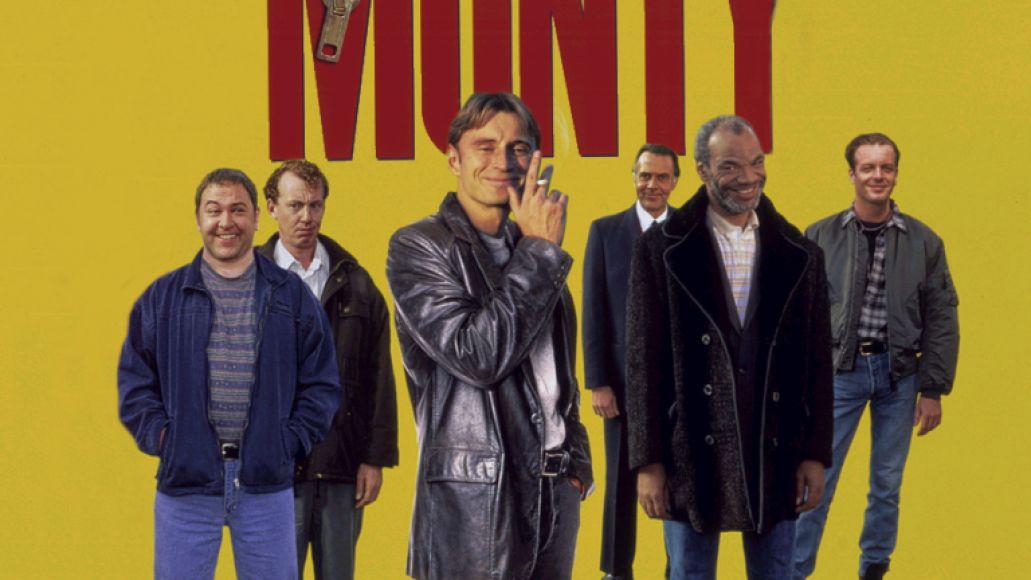 Director Peter Cattaneo hasn’t had much success since his full-length feature debut, but it’s all good. When your first flick is The Full Monty, any future accolades are icing on the cake. Set in South Yorkshire, the film follows a group of unemployed men (including Robert Carlyle, Tom Wilkinson, and Mark Addy) who decide to strip for money for various reasons; separating themselves from their competition by going … you guessed it. Cattaneo’s film was nominated for five Oscars and wound up winning for Best Score. Competition for Best Picture was tough that year (Titanic, L.A. Confidential, Good Will Hunting, As Good As It Gets), but I’m sure The Fully Monty was happy just to be nominated. –Justin Gerber 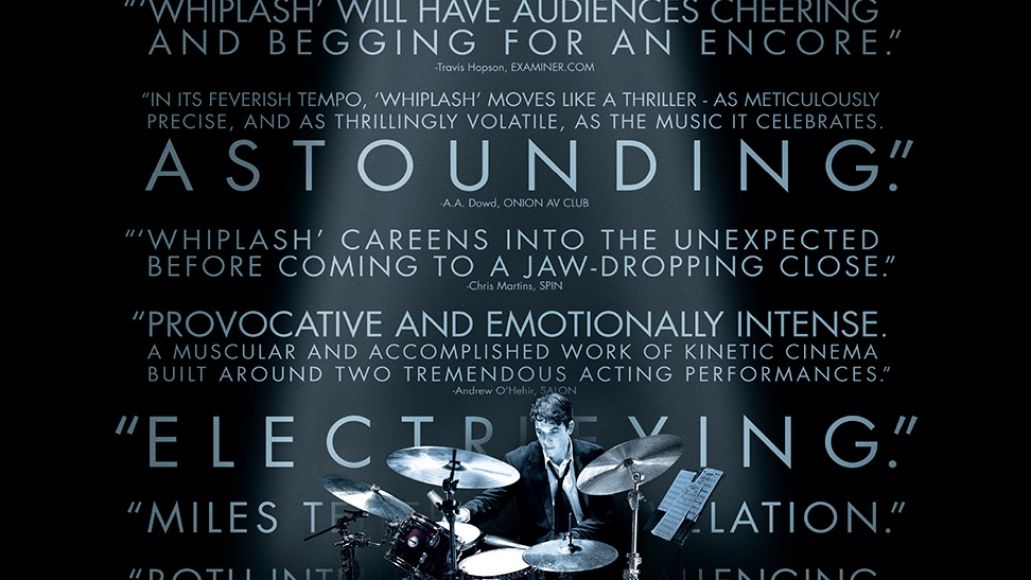 Damien Chazelle wasn’t even 30 years old when Whiplash debuted last year at Sundance. It’s baffling, really, considering that the film’s cohesion, energy, and finesse speaks to the broad talents of a veteran filmmaker. Well, well, well, it would appear we have a budding auteur on our hands. He’s earned it: Whiplash collects an arsenal of stellar performances — ranging from divine (J.K. Simmons) to exceptional (Miles Teller) to great (Paul Reiser) — and culminates into what was hands down the greatest scene in all of 2014. Overall, there’s an anxious energy to this film that’s aggressive as it is moving. And with five Academy Awards to its name, including Best Actor and Adapted Screenplay, suffice it to say, people were floored by it. –Michael Roffman 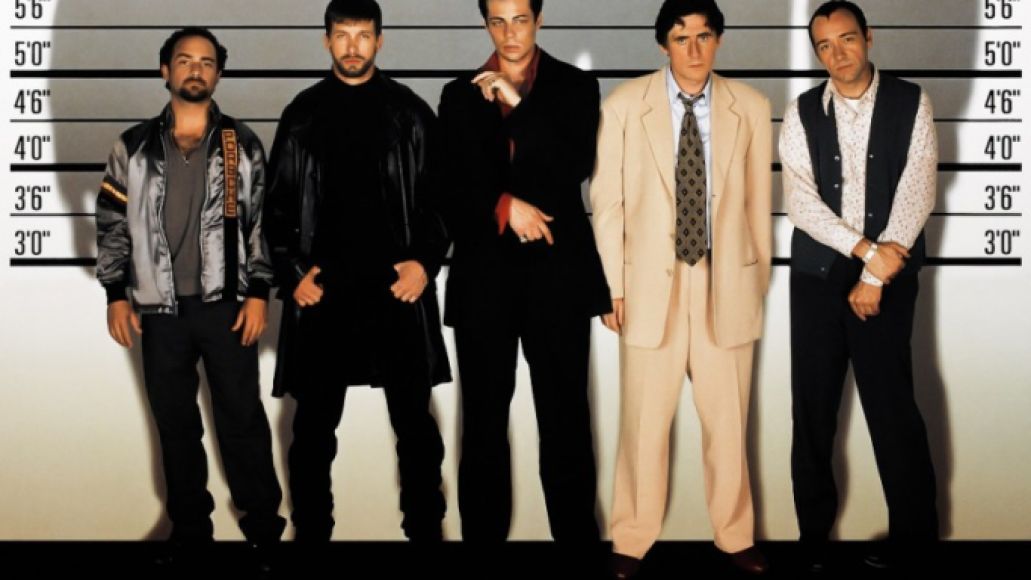 Before Bryan Singer committed himself to the protection of the X-Men franchise and Kevin Spacey entered the ranks of Southern genteel on prestige television, The Usual Suspects passed through Sundance in 1995 on its road to ubiquity. The film’s trick-heavy screenplay and Spacey’s iconic performance as Roger “Verbal” Kint, the storyteller behind the film’s byzantine tale of criminals all tied to the elusive, continually unseen Keyser Söze.

If you’ve even heard of the film, odds are by now you know what’s really come to define The Usual Suspects: the film’s sucker-punch of a finale. But unlike so many crime thrillers that came in its wake, hoping to succeed or ape it, the film completely earns its finale, introducing a new twist on the age-old device of screenwriter’s deception that audiences hadn’t seen before. For a movie so defined by its ending, The Usual Suspects has quite a bit more to offer. –Dominick Mayer 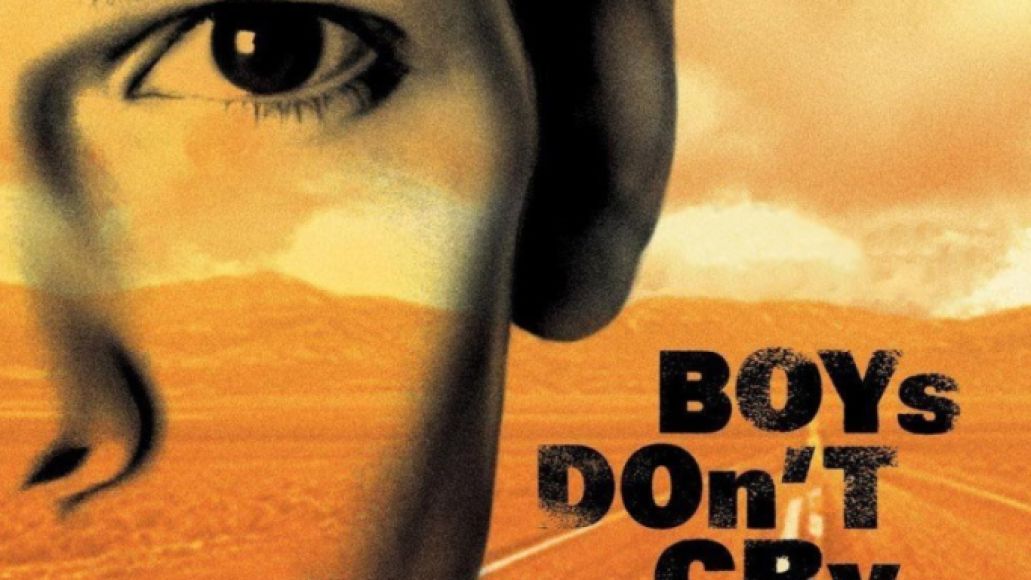 Sundance is usually a showcase for the filmmaker, but if careers are any indication, Boys Don’t Cry was a showcase for its lead performer. Not only did Hilary Swank win the Academy Award for Best Actress, she would go on to win again six years later for Clint Eastwood’s Million Dollar Baby. In Boys Don’t Cry, Swank plays the real-life Brandon Teena, a trans man whose life was cut tragically short. Chloë Sevigny was also nominated for her role as Brandon’s love interest, Lana. In addition to being one of the best film biopics, Boys Don’t Cry serves as a strong reminder of just how brave and how ignorant we can be. –Justin Gerber 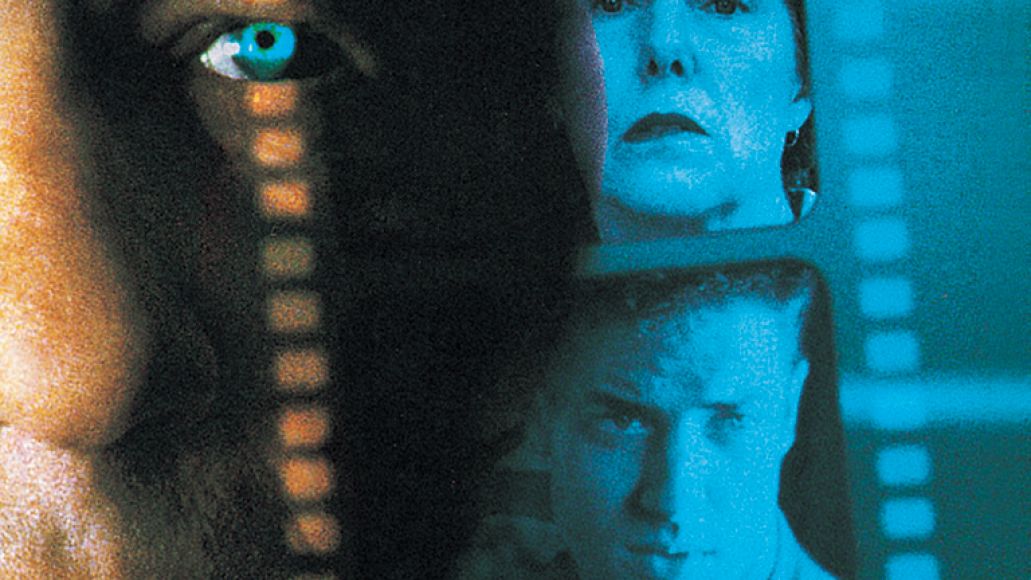 Bill Condon’s British-American drama about the last days of The Bride of Frankenstein director James Whale is an exhaustively depressing chunk of ’90s cinema about the ills of homophobia. Although its principal leads, Ian McKellan and Lynn Redgrave, received Academy Award nominations (Best Actor, Supporting Actress, respectively), the film’s often remembered for featuring Brendan Fraser’s strongest role to date. At the time, the Airheads and Encino Man star shocked and delighted critics with a nuanced performance as Whale’s desired lover, Clayton Boone. Sadly, the film won only a single Oscar — for Best Adapted Screenplay to Condon — and Fraser … well, he starred in The Mummy a year later. Oh well. –Michael Roffman 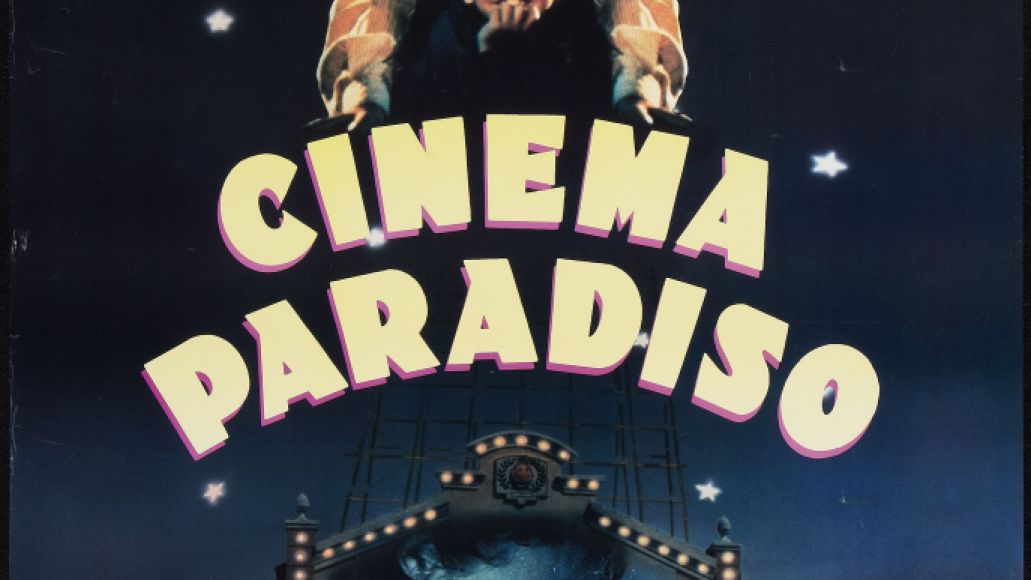 As modern iterations of the traditional, Old Hollywood romantic epic go, you can’t find many richer than Cinema Paradiso, which ran at the 1990 Sundance Film Festival before it won the Academy Award for Best Foreign Language Film. Salvatore (Jacques Perrin), a renowned filmmaker, hears of the death of his childhood mentor and friend, Alfredo (Philippe Noiret), and is moved to return to the Italian village in which he grew up to confront the life he left behind as a young man.

The film is lushly romantic in every sense, and like so many Oscar-lauded films, it’s a movie about the magic, love, and nostalgia of a life spent in and around the movies. We recommend you watch the later-released Director’s Cut, which changed its rating from a PG to an R (Salvatore’s coming of age is both racier and substantially more honest in this version) and added to the film’s sweeping, lifelong love affair with both the movies and the passions that inspire them. –Dominick Mayer 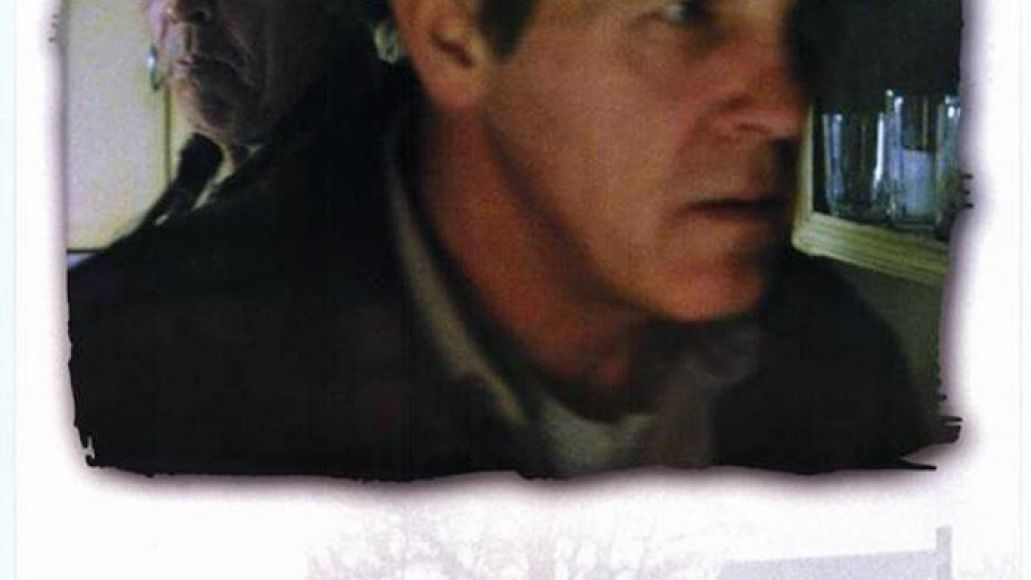 Martin Scorcese’s go-to man, Paul Schrader, cooked up something mighty primeval with Affliction. It’s a chilly dramatic thriller bustling with wrinkled masculinity and aged-whiskey performances by Nick Nolte, James Coburn, and Willem Dafoe. The ever-excellent Sissy Spacey also punches in some quality screen time, making this one star-powered Sundance winner. Obsession, rage, and doubt soak up much of the film’s action, which follows a small-town New Hampshire policeman (Nolte) attempting to unravel what truly happened during a fatal hunting accident. The late Coburn won a Best Supporting Oscar, while Nolte was left to grumble and chew his own hands off with a Best Actor nomination. He basically won every other award that year, though. Then he assumed full grizzly bear. –Michael Roffman 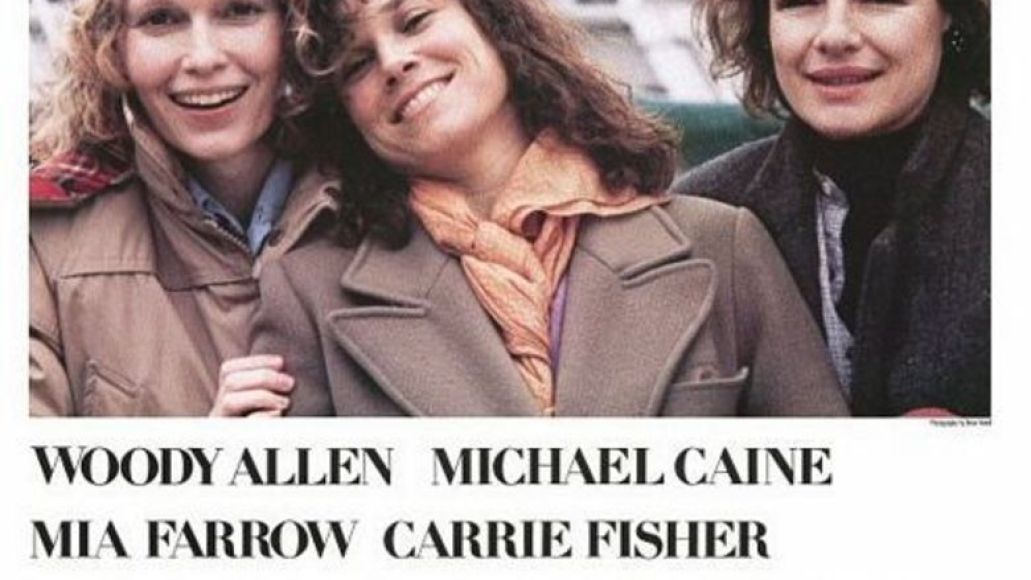 So much for Sundance strictly introducing filmmakers. Hannah and Her Sisters came along well into Woody Allen’s career — one already packed with Oscar nominations. His 1986 Sundance-screened film received much acclaim come awards season, grabbing seven Academy Award nominations and winning three (Best Original Screenplay, Best Supporting Actor, Best Supporting Actress). It follows Hannah (Mia Farrow) and her sisters (Barbara Hershey, Diane Wiest), and their respective struggles to maintain and/or develop healthy relationships with the men in their lives. One of those men is played by Michael Caine, who famously was unable to receive his Oscar because he was filming Jaws: The Revenge. Of that shark sequel, Caine said, “I have never seen it, but by all accounts it is terrible. However, I have seen the house that it built, and it is terrific.” –Justin Gerber 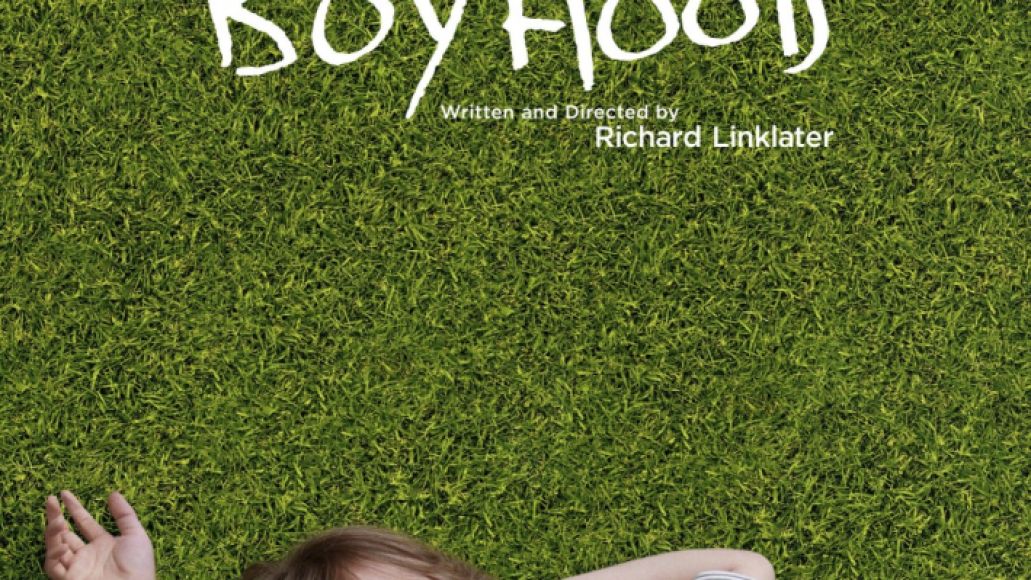 Richard Linklater’s 12-year project is probably the most ambitious film to ever screen at Sundance. And that’s saying quite a lot, considering the caliber of work that the festival sees year in and year out. Yet the payoff’s been extraordinary: Since its victorious Park City debut in January 2014, the film’s raked in over a dozen accolades, winning Golden Globes and BAFTAs, and nabbed six pivotal Academy Award nominations (including Best Picture and Director). We’ll see how those fare Sunday night.

Awards aside, however, the coming-of-age tale co-starring indie mainstays Ethan Hawke and Patricia Arquette has connected with audiences nationwide on a primal level, overwhelming with its nostalgic tendencies that crack through any generation. For that alone, it’s a championship win for Linklater, a still-young Texas filmmaker who initially made a name for himself decades ago at Sundance with a little film called Slacker. The festival will be referencing Boyhood from here on out. –Michael Roffman

The 10 Best Sundance to Oscar Graduates