Editor’s Notes: It wouldn’t be immodest to say that being a Modest Mouse fan isn’t easy. Fans of the Portland indie rockers had to wait three days shy of eight years between full-lengths for Strangers to Ourselves to arrive back in March of 2015. As their latest wait now passes six years, we take a look back at Kate Flynn’s classic review, which originally ran on March 13th, 2007. Happy waiting, all.

Modest Mouse want you to know that, as human beings, they’ve got some regrets and they’re still fucking up.

Strangers to Ourselves, their first album since 2007, is a fight to the death against the kind of sepia-toned nostalgia that any band hitting their 20-year mark has the right to claim. Its songs thrum with vigor and eagerness, feelings that maybe only a long hiatus can muster. It is by turns tender, angry, ferocious, and fantastical, and it joyfully references the band’s own history without getting bogged down in the particulars. It’s nuanced and complex, yet it feels easy, and its originality is an antidote to the kind of mainstream corporate swill that passes for indie rock these days. If it makes you cry a little bit, that’s cool too. Eight years is a long time to wait.

This newest effort is an archetypal Modest Mouse record, despite the 2012 departure of longtime bassist and collaborator Eric Judy. However you felt about 2007’s We Were Dead Before the Ship Even Sank, which topped the Billboard 200 in the face of tepid critical reception, ceases to matter somewhere around the second track. “Lampshades on Fire” features Isaac Brock’s classic double-tracked vocals over an intricate backdrop of plinking piano chords, ba-ba-bas, and the kind of fierce drumming that’s become synonymous with the band. “Pack up again, head to the next place, where we’ll make the same mistakes,” Brock sings, a sentiment that could be applicable on both a personal and massive scale. He’s said that the song is about wreaking havoc on the planet and then leaving for another, but dude is 39, and it also feels like an individual reflection on reaching this point in his life without necessarily having much emotional maturity to show for it.

Tracks like “The Ground Walks, with Time in a Box” and “Pistol (A. Cunanan, Miami, FL. 1996)” are similarly familiar romps, embracing the loud, balls-to-the-wall joie de vivre of the band’s earliest days. The former weaves together a complex mix of horns, bass, and Brock’s tongue-in-cheek, cerebral lyrics. “Our predecessor left this box, and something’s clawing around/ I think it really wants out,” he sings with a kind of relish. It’s bracingly weird, but also uplifting — Brock is telling you a story he thinks you’ll be smart enough to understand.

There are a few forward-looking advances on Strangers to Ourselves, including “Wicked Campaign”, where seamless pop influences propel the melody through high-pitched, distorted guitar notes, and dreamy synths. Not every song on the album makes it easy for someone who fell for indie rock in the mid-2000s to remember what spurred their love affair in the first place, but there’s an undeniable thrill of discovery that comes from hearing behemoths of the genre toss off something this fresh. The mellow “Coyotes”, supposedly inspired by a coyote that hopped a public transit train in Portland a few years back, feels like a rumination on the disappearing natural landscape that the band has always concerned itself with and transience in general — transience as a permanent state of being.

At times, Strangers can feel a little bloated. It’s understandable that after eight years, which included tireless touring and a failed recording stint with rapper Big Boi, a finished product with 15 tracks would seem to atone for lost time somehow. Only 12 or so, however, feel strictly necessary. This is a band well-known for its excess — look at the heavy-handed titles of its last two releases — but trimming the fat (“Be Brave”, a plodding recasting of the best, most powerful elements of Strangers, comes to mind) would have made the tightest aspects stand out even more.

The refrain “strangers to ourselves” appears several times throughout the album, first in the waltz-like, eponymous opener and again in the quasi-allegorical “The Tortoise and the Tourist”. It is, at its heart, a terrifying thought, especially after the 20-year journey that Modest Mouse has taken its fans on. “How often we become susceptible to regret,” Brock sings, sounding resigned to the fate of having to live with some of the things he’s done. “If I’m good at anything, it’s self-sabotage,” he told Rolling Stone.

Modest Mouse, Death Cab for Cutie, and The Decemberists all hail from the Pacific Northwest, and all three released a string of classic, genre-defining albums from 2000 to ’05 — but how differently they’ve all aged. I can’t speak to the new Death Cab album, due at the end of this month, but The Decemberists’ take on bucolic family life as it mixes with the “Modern Condition” (January’s What a Terrible World, What a Beautiful World) couldn’t be further from the uncomfortable, loud, discontented elements of Strangers to Ourselves. Make peace with the discomfort, Brock seems to be saying. Never be complacent, never be satisfied. It’s a prickly spot for artists who have paid their dues 10 times over to be in, but maybe a necessary one. No one on Modest Mouse’s watch is going gently into that good night.

Essential Tracks: “Lampshades on Fire”, “The Ground Walks, with Time in a Box“, and “Wicked Campaign”

Pick up a copy of Strangers to Ourselves here…

Strangers to Ourselves Artwork 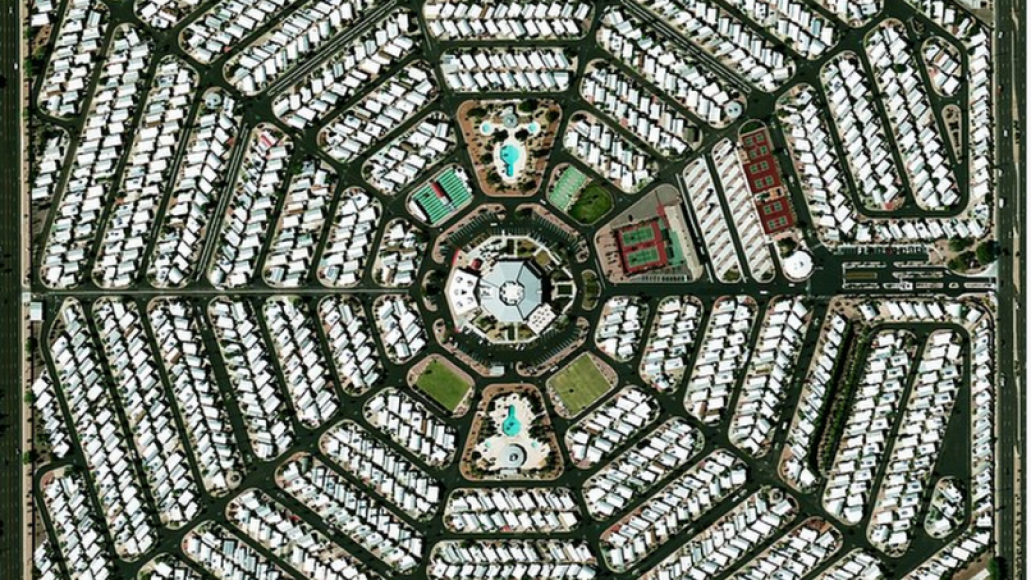 Modest Mouse Return with Familiar Vigor on Strangers to Ourselves: Review